Is the Trinity a Man-Made Doctrine?

Is the Trinity a Man-Made Doctrine? 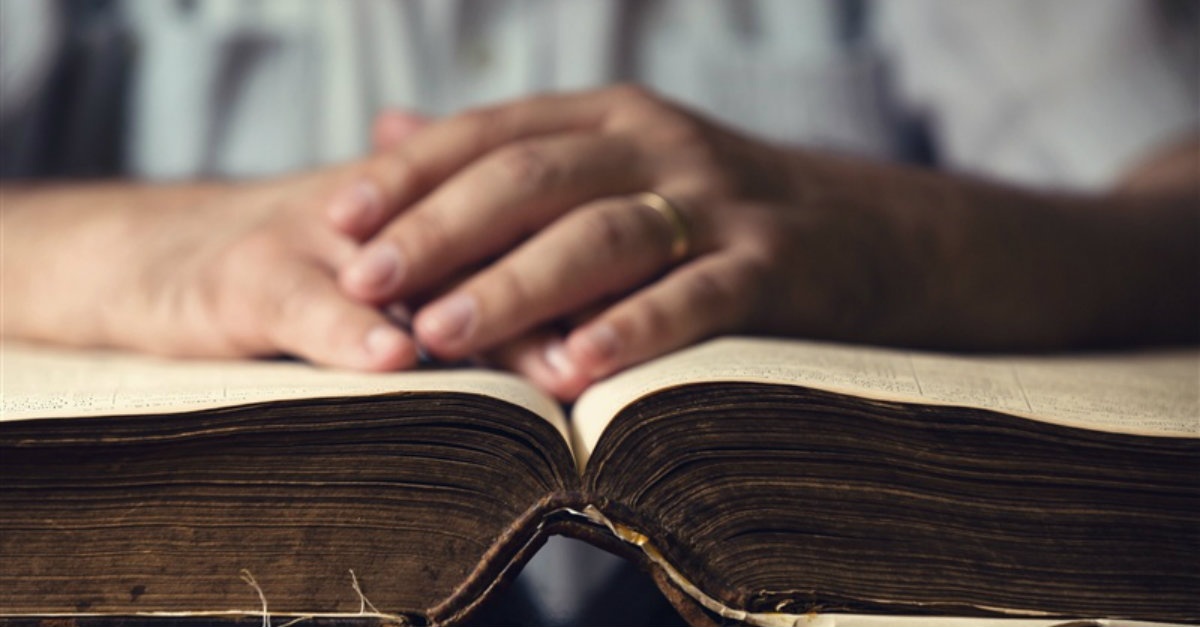 People with no use for the doctrine of the Trinity give as their reasons:

We will grant all these factors.  Not only is it “hard” to understand, it’s impossible.  So, let’s concede that up front.  But that does not stop a thing from being true. We are unable to figure out how we are body, soul, and spirit, a tri-unity of its own on a far simpler level. So, nothing about the complexity of the nature of the Creator should stop us from believing it.

While the doctrine is not spelled out in so many words in the Bible, we find it spoken in places like the Great Commission: “Baptizing them in the name of the Father, the Son, and the Holy Spirit” (Matthew 28:18-20).

The word “Trinity” is indeed a manmade word, from Tri meaning “three” and unity meaning “oneness.”  That should not stop us from believing in its truth, however. The question is whether Scripture teaches the Threeness of our One God.

And finally, just because some get a doctrine wrong or some of its advocates do a poor job of representing a truth does not negate or nullify it.  This is one reason I refuse to debate unbelievers or cultists.  God’s truth is not limited to my poor representation of it.  I can lose a debate and still be telling the truth.  In the same way, someone with a false doctrine can win a debate. For that reason, theological debates tend to be of questionable value.

Why then do we believe and teach the Trinity?

Because it’s the only way to account for what the Bible says about God. Period. It’s that simple.

–Scripture makes it plain our God is one and only one.  “Hear O Israel, the Lord our God is One Lord” (Deuteronomy 6:4).

–Scripture declares, “God is love.”  Since love is a relational concept, the statement would be meaningless if God dwelled as the sole resident of the universe at one time or the other.

–Jesus received worship as Lord, something forbidden even to angels (see Revelation 19:10 and Revelation 22:8). The definitive picture is found in John 20:28 where “doubting” Thomas falls before the risen Christ and exclaims, “My Lord and my God!”  That would have been anathema to any orthodox Jew, and yet Jesus does not forbid such worship and no one protests.

Anyone who says worship of Jesus was the last thing on His mind and that this was a concoction of the later church ignores the clear teaching of Scripture.  The only way most who deny the Trinity can get around the deity of Jesus is to discount certain books of the Bible altogether, particularly John’s Gospel.  But once we begin doing that, there is no stopping place.

–Take this utterance from our Lord: “No one knows the Son except the Father. Nor does anyone know the Father except the Son and they to whom the Son wills to reveal Him” (Matthew 11:27 and Luke 10:22). The implications of this are far-reaching.  Forget about trying to figure out how Jesus is “all God and all man,” the formula used by the church through the centuries.  (Some have said, far from explaining His nature, this merely defined the problem.) Then, we have to deal with the statement that Jesus alone knows the Father and, reminiscent of His words in John 14:6, He and He alone reveals Him to humanity.

–Or, take the entire Revelation.

In His messages to the seven churches of Asia Minor (chapters 2 and 3), the ascended and glorified Jesus says things like “I will come and remove your lampstand” (2:5), “I will give to eat of the tree of life” (2:7), “I will give you the crown of life” (2:10), and even “I will kill her children with death, and all the churches shall know that I am He who searches the minds and hearts” (2:23).

Clearly, while the New Testament clearly teaches the Father, Son, and Spirit as God, it makes no attempt to cater to our demand for clarity.  God is God, He is not a creation of our imagination nor of our logic, and we are left to deal with that.

Eventually, we’re back to Genesis where “God said, ‘Let us make man in our image.'”

A friend who had been raised Jewish and came to know Christ as her Messiah in her middle years told me something.  The word Adonai which is translated “Lord” and is used by Jews in place of the great Unpronounceable YHVH (generally called Yahweh) is plural.

No one mentions it, she said, because they do not know what to do with it.

What we have not dealt with in this brief article is how the Spirit is an equal member of the Trinity.  The teachings of our Lord in the Upper Room Discourse account for much of this, in addition to His presence at the baptism of Jesus (see Matthew 3:16-17) and in the Great Commission (Matthew 28:18-20).

No one is claiming to have it all figured out.  No one, to my understanding at least, says our puny definitions and cloudy articles and pompous theological books “explain” the Trinity.

The Trinity is truth that cannot be held by words. It is “Truth that escapes language,” as someone has said.

We are simply left with it as the way things are.  And the bottom line must always be, “No one knows the Father except the Son and they to whom the Son wills to reveal Him” (Matthew 11:27).

What we have above should be considered the starting place for a discussion on the nature of the Triune God.

In his book “Why I am a Catholic,” Garry Wills devotes an entire chapter to the portion of the Creed that begins “I believe in God.”  Concerning the Trinity, he writes, “The fact that the mind is a mystery to itself just shows how appropriate it is as a pathway to God: ‘Our mind cannot be understood, even by itself, because it is made in God’s image.'” (I do not subscribe to everything in Wills’ book–that should surprise no one–but he is dead on concerning his basic trust in the essence of the Christian faith.)

John Ortberg, in his encouraging book “Know Doubt,” gives us this memorable statement on the existence of God: “I believe there is a God for a pile of reasons: dreams, arguments, banana cream pie, umpires, Hotel Rwanda, complicated telephone mailbox systems, Little Nell, the happiness pill, and one other reason, one reason that trumps every other reason and leaves them all in the dust.”  That other reason is dreams, he said. The fact that we do it.

Ortberg refers to Alvin Plantinga whom he calls “the premier philosopher of religion in our day,” who says belief in God is “a basic conviction.”  We do not have ironclad evidence for such convictions, he says, but we have good reason for believing them to be true.

Ortberg says, “I believe we have a moral code in our hearts and that Somebody put it there.” He attributes this thought to C. S. Lewis. We argue that something is unfair, that a decision was unjust, that this thing was right and that one was wrong.  Where did those concepts come from?  From within ourselves, the signature of our righteous Designer.

Ortberg writes, “The greatest voices of justice who ever lived, the Hebrew prophets who called their nation to justice as no nation had ever been called before, insisted that one day justice will prevail. It will roll on like a river (Amos 5:24). Our thirst for justice tells us there is a God.”