Dangerous Signs That Money Is Becoming Your God

Dangerous Signs That Money Is Becoming Your God

I always hear preachers and Bible teachers talking about money as if it is bad. Can you give me a good perspective on the biblical approach to money?

I lived in Tucson, Arizona for over 40 years. Right now, the Bighorn Fire is devastating the Catalina Mountain range, just minutes from where we lived and the church I pastored. Every day, I see new photos of the devastation, and I hear about new evacuation orders that affect my friends and neighbors. My mountains may never be the same. My heart is breaking...out of control fire destroys!

Money is like fire. It must be carefully controlled. Under control, fire warms and cooks. But out of control fire consumes everything in its path, leaving death and ashes behind.

The Biblical Philosophy of Controlled Wealth

I believe that the simplest truth expressing the biblical philosophy of money is in Matthew 6:19-20, where Jesus teaches:

Do not store up for yourselves treasures on earth, where moths and vermin destroy, and where thieves break in and steal.

But store up for yourselves treasures in heaven, where moths and vermin do not destroy, and where thieves do not break in and steal.

This is another way of saying, "Don't put your emphasis on the things of this earth." To place our emphasis on earthly things is to miss the point of life, because we are going to leave it all here when we die. We can’t take money with us...but we can build up treasures in heaven. 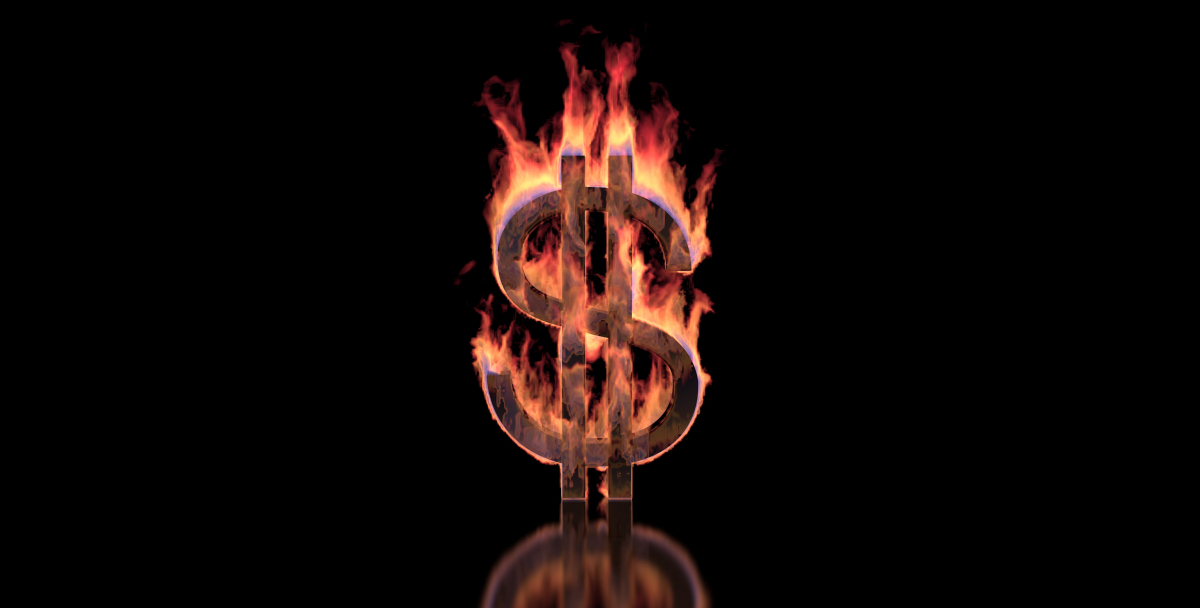 The Biblical Philosophy of Uncontrolled Wealth

Using a piece of raw meat, Paul portrayed the most graphic picture of out-of-control money to be found anywhere in the Scriptures.

But godliness with contentment is great gain. For we brought nothing into this world, and we can take nothing out of it, but if we have food and clothing we will be content with that. People who want to get rich fall into temptation and a trap and into many foolish and harmful desires that plunge men into ruin and destruction. For the love of money is a root of all kinds of evil. Some people, eager for money, have wandered from the faith and pierced themselves with many griefs." (1 Timothy 6:9-10).

The phrase translated as “pierced themselves" literally means to put on a spit. You know what a spit is. You put a raw piece of meat on a spit and roast it over an open fire.

However, instead of putting a piece of chicken or beef on a spit, suppose you put a live human being on the spit and turn him or her over to roast him or her on an open fire. Paul is giving a picture of torture. This is a metaphorical picture of a person torturing his own soul.

Believers who are guilty of being eager for money (or who use it unwisely) will ultimately end up being tortured in their own souls.

Some people are being tortured emotionally, mentally, financially, physically...and if we trace it all back, it may well lead right back to the sin of materialism and uncontrolled wealth.

Biblical Examples of Positive, Powerful, Profitable Use Of Money

In many places, money is seen as a blessing from God and, even more startling, as a means of enhancing our relationship with God.

God's great generosity can be seen over and over in Scripture. He cares deeply for His people, including you and me. That means there is nothing wrong or sinful about being rich. Having a lot of money is fine, as long as we utilize a significant amount to further the Kingdom:

The wise men brought their wealth to Jesus as a means of worship. Their extravagant gifts finance the family’s flight to Egypt to escape King Herod’s demand to kill all the baby boys under the age of two. (Matthew 2:11-12)

Nicodemus and Joseph of Arimathea used their wealth in the service of Christ. (John 19:38-42)

Please take a moment to read this passage and notice how a salvation experience completely changes one man's attitude towards money.

Jesus' lunch with Zacchaeus had a remarkable outcome. This chief tax collector, for whom money was everything, was so freed by the life and presence of Jesus that he declared, “Look, Lord! Here and now I give half of my possessions to the poor, and if I have cheated anybody out of anything, I will pay back four times the amount.” (Luke 19:8)

But even more striking is Jesus' response "Today salvation has come to this house." (Luke 19:9). 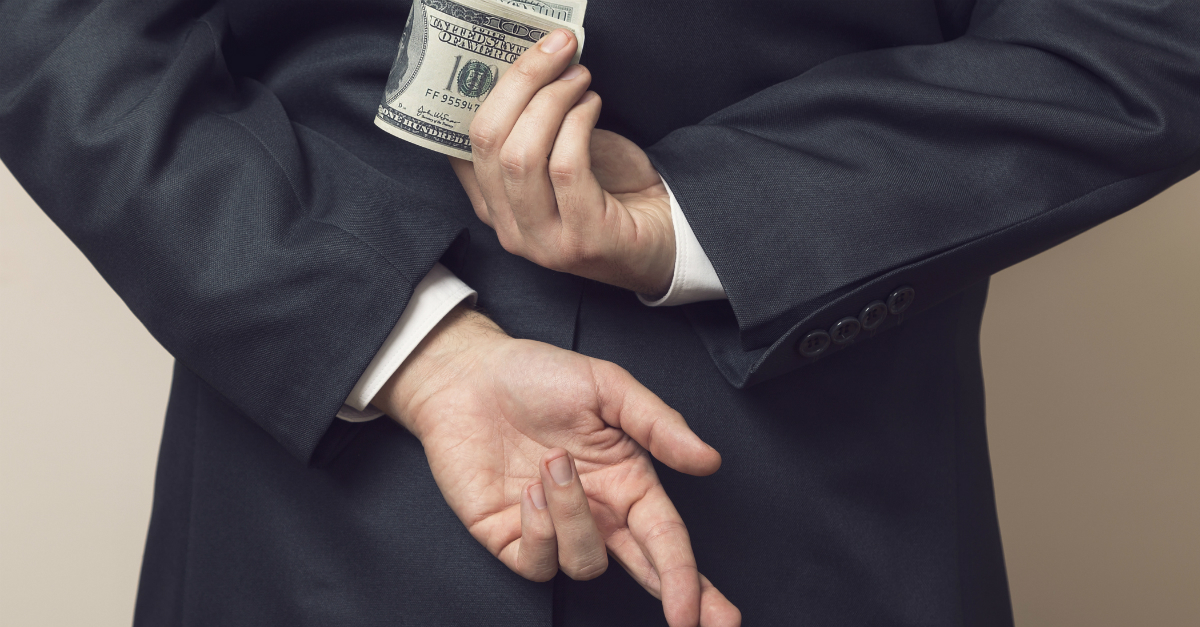 Money Also Has a Very Dark and Dangerous Side

When Jesus uses the Aramaic term "mammon" in the King James version to refer to wealth, He is giving it a personal and spiritual character. When he declares “You cannot serve both God and Mammon,” he is personifying mammon as a rival god:

No one can serve two masters. Either he will hate the one and love the other, or he will be devoted to the one and despise the other. You cannot serve both God and mammon (money; materialism). (Matthew 6:24, my notes added)

In saying this, Jesus is making it unmistakably clear that money is not some impersonal medium of exchange. Money is not morally neutral.

Money is a power that seeks to dominate us.

Spiritual forces lurk behind every form of money or possessions that we have.

Also, money has many of the characteristics of deity. It gives us security, can induce guilt, gives us freedom, gives us power, and seems to be omnipresent. Most sinister of all, however, is money’s bid for omnipotence. It seeks to have the ultimate power in our lives.

What Are the Symptoms That Money Is My God?

- Being discontent with the things we have

- Robbing God of the top portion of our income

- Not saving for the future

- Cheating on our income tax

Mammon (Money) Must Be Conquered

We are constantly being programmed to seek a higher standard of living than we now have...to borrow money for depreciating items...to spend now and save later...to buy things that we do not need. And it is happening automatically, thanks to the drumbeat of our culture. We don't have to do a thing. It is all around us.

The only antidote for this is a continuous deprogramming and reprogramming process whereby the rotten, materialistic, human viewpoint in our minds can be flushed out and replaced by the divine eternal truth of the Word of God.

We must deliberately decide who is going to make our economic decisions—God or money? 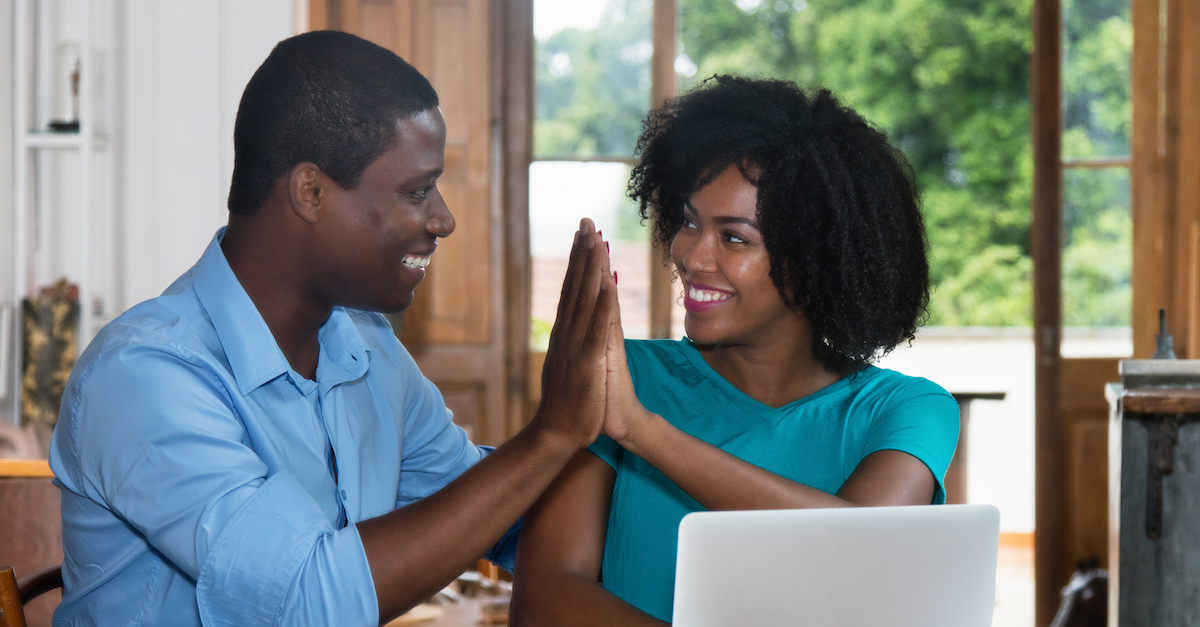 7 Ways to Overcome the ‘Money God’

1. Follow good biblical economics, which rests on these six pillars:

The tithe should be a standard we will not go below except in the rarest of circumstances. This is not a rigid law, but a starting point for organizing our economic lives.

We have a positive cash flow.

Faithful management yields a surplus which allows us to respond to the needs of others.

2. Discover ways to get in touch with the poor.

One of the most damaging things affluence does is allow us to distance ourselves from the poor, so we no longer see their pain:

The righteous care about justice for the poor, but the wicked have no such concern. (Proverbs 29:7).

Money is a spiritual issue, and prayer is our chief weapon in the life of the spirit.

4. Turn to the technical side of money management.

Get involved in such important items as family budgeting, estate planning, investments, deferred giving, and more.

Be sure you know the condition of your flocks, give careful attention to your herds; for riches do not endure forever, and the crown is not secure for all generations. (Proverbs 27:23-24)

5. Dethrone money by giving it away.

If we take the biblical witness seriously, one of the best things we can do with money is to give it away. The reason is obvious: giving is one of our chief weapons in conquering Mammon.

One person gives freely, yet gains even more; another withholds unduly, but comes to poverty. (Proverbs 11:24).

6. Let us give ourselves as well as our money.

"First they gave themselves," declared Paul (2 Corinthians 8:5), as he compared the Macedonian church to the Corinthian church while teaching them about giving. So must we. This kind of giving is much more costly than writing a check. It takes sacrifice!

In the midst of a very severe trial, [the Macedonians’] overflowing joy and their extreme poverty welled up in rich generosity. For I testify that they gave as much as they were able, and even beyond their ability. Entirely on their own, they urgently pleaded with us for the privilege of sharing in this service to the Lord’s people. And they exceeded our expectations: They gave themselves first of all to the Lord, and then by the will of God also to us. (2 Corinthians 8:2-5)

7. We will one day give an account of our money handling!

Jesus is interested in how much we give. In the moving parable about the "widow's mite," we are told that Jesus intentionally sat in front of the treasury and watched people putting in their offerings (Mark 12:41). By design, He saw what they gave, and discerned the spirit in which they gave.

The time for our accounting will arise.

Jesus will say, “Let’s see how you did. Did you build a life of gold, silver, and precious stone?” Or did you build a profitless life of wood, hay, and stubble?” (1 Corinthians 3:10-15, paraphrase).

The time will come when God evaluates how well we did as managers of his money. Jesus will say, “Let’s see how well you did. Give me a report.”

Many of us will reply at that time “Do you mean that I wasn't supposed to buy expensive clothes and drive three cars and have five TV’s? Should I not have bought the biggest house on the block and put a $2,000 stereo in my car...and overeat by $50 per week?"

Martin Luther astutely observed, "There are three conversions necessary: the conversion of the heart, mind, and the purse."

Of these three, it may well be that we moderns find the conversion of the purse the most difficult.

I am guilty. Lord, please forgive me of my sin.

Well Ronnie, I hope that my answer provides you before God with some guidelines on the proper handling of your finances.