Is it Biblical to Get Married without a License?

Is it Biblical to Get Married without a License? 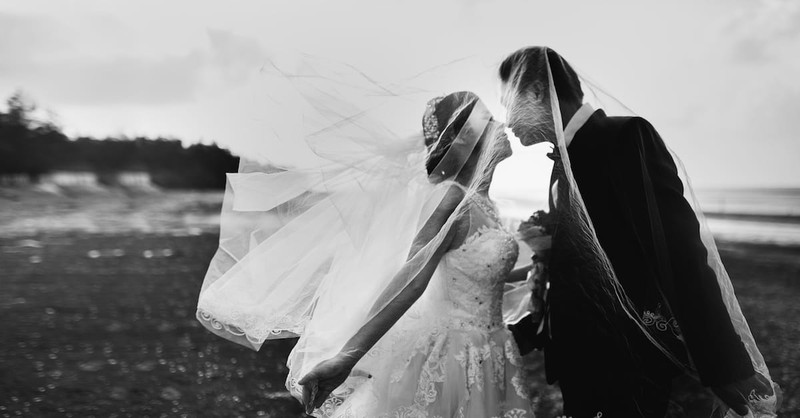 The man I am love with is anti-social, and a very shy person. He lives in the country with little to no communication with others, other than a small number of work companions and his parents. He has never been married. He has no children. He tells me he loves me and wants us to be together forever. He says we have a commitment under God to each other.

However, he feels that going to get a "piece of paper" (marriage license) is not biblical. It is another man made law where the government can get money from you. I have researched this as best I can and actually have not found that I won’t go to heaven if we do not have a marriage license.

Obviously, marriage covenants are important to God. Why would a license be needed?

When was the first wedding?

God presented Adam with his wife Eve in Genesis 2:24. After every act of creation, God declared that it was “good.” But when God saw Adam, he said it was “not good” for him to be alone, and God made a helper perfectly fit for Adam. “Who gave this woman to be married to this man?” God did! Adam and Eve became “one flesh” and bore children.

God must be the center of your union. Paul describing Christ, the husband, and His church, the bride, in Ephesians 5, paints the perfect picture of marriage:

“Husbands, love your wives, just as Christ loved the church and gave himself up for her to make her holy, cleansing her by the washing with water through the word, and to present her to himself as a radiant church, without stain or wrinkle or any other blemish, but holy and blameless. For this reason a man will leave his father and mother and be united to his wife, and the two will become one flesh.”

There are three reasons you should consider an official marriage license.

1. Because God says to honor the government.

The United States provides valuable benefits and protections for couples obtaining an official marriage license. (See the list at the end of this article.)

2. Because it was practiced in Jesus’ time.

Wedding ceremonies have been practiced around the world for centuries. Abraham took great care to obtain a godly woman for his son Isaac. God answered Abraham’s prayer by “cattle-watering.”  The patriarch’s servant presented a dowry to young Rebekah, and an agreement was made between families.

Boaz received permission to marry Ruth by approaching the elders at the city gate. Instead of a license, he used a sandal! (Ruth 4:2-5)

Also, Deuteronomy 24:1-4 is one of many examples where Jewish law required a certificate of divorce to dissolve a marriage. The fact that a divorce certificate was needed indicates that a Jewish marriage was a binding relationship under the law.

3. Because it is a binding covenant.

God used altars and covenants as physical reminders of contracts, promises made between God and His people. Just as a wedding ring reminds a husband and wife of the vows they made to love, honor and cherish each other, a license is a binding document of the covenant made between a man and woman.

Every culture has an event, action, covenant, vow, or proclamation that is recognized as declaring a man and woman to be married.

If God is convicting you to get a marriage license, then do not violate your conscience. It will impair your relationship to God and to your potential mate. If he truly loves you, he will honor your beliefs.

Now, as promised, here is a list of benefits and protections for couples that choose to become legally married in the United States:

A legal document probably won’t change how whether or not you “feel married.” You value what God values when your heart is changed, and this only occurs when you place your trust in God so you are in agreement with Him. (Hebrews 4:12)

I hope this helps!