How to Help Teens Overcome Lies They Believe about Church

How to Help Teens Overcome Lies They Believe about Church

“Everybody at my church is fake,” Jacob declared to me with a stoic stare.

“They’re fake. Like the kids in my youth group all look nice and play the game on Sunday and Wednesday, but when you scroll through Instagram and see how they really live, it’s all fake.  And, like, when we have altar call, I know a ton of people with problems and messed up families and they never go down. It’s like everyone just wants people to think they’re perfect. It’s just all fake.”

Jacob was one of my ninth-grade students. We had just finished a discussion on “The Cask of Amontillado” by Edgar Allen Poe and talked about how people can be “so fake.” The class was over for the day and the students had the last few minutes to themselves.

As I walked back to my desk and sat down, Jacob gave his declaration above.

I can’t exactly remember what I said to Jacob, but I will never forget the absolute certainty in his voice. And I knew exactly where he was coming from.

Through their own church experiences, as well as those shown to them by social media and their parents, teenagers can have wildly varying ideas about the church and its mission. The perceptions and beliefs they form during these years will influence their decision to attend or not attend a church in the future.

In today’s climate—one particularly hostile to Bible-believing churches—it is important to recognize a few lies that teens are believing about church and evaluate what we can do to show them its value and importance.

In the opening anecdote, Jacob made an astute observation for his age. Most church goers have likely experienced a few “fake” people like Jacob describes.

If teens see “fakeness” long enough, they can form an opinion like Jacob’s. They think people in the church are fake, which in turn can make them perceive the church itself as a theater for people to come play pretend on Sunday mornings.

If teens in your life believe that “it’s all fake,” try to broaden their perspective. Discuss how sometimes, people both inside and outside the church equate Christianity with perfection—as if somehow, professing Christianity causes one's sin nature and problems to suddenly vanish, transforming them into “cookie-cutter” Christian perfection. Let them know that this is false, but unfortunately, many believe it.

You can also discuss the many reasons people do not go to the altar. As far as their peers are concerned, many teenagers are spiritually immature and may not understand certain aspects of the Christian life yet. It is important that they come to church so they can learn.

Hopefully, with purposeful conversation, teens can see past the façade.

Lie #2: There is no real point in attending a “brick and mortar” church.

In our Internet-streaming world, it is not uncommon to hear a person state, “If you miss church, it’s no big deal. You can just listen to the podcast, watch it on YouTube, or find it on your church’s website.” This is a good solution if you’re sick or on vacation, but if people are not careful, they may start to consistently skip the “formality” of church and just catch it in their pajamas after sleeping in.

The fact that Christian content is so widely available through the Internet is a positive thing, but it should not substitute a real “brick and mortar” church. Hebrews 10:25 warns us that Christians should not forsake assembling together with other believers.

The Internet has always been a part of our teens’ lives. Some of them may actually prefer to watch content on a device.

We need to make sure teens understand the invaluable positives of going to church.

One major positive of regular church attendance for teenagers is that it helps them cultivate positive relationships with fellow believers. In a world full of negative influences, it proves vital to come to a place where you can relax and be with people who believe like you and encourage your relationship with Christ.

Another benefit is that it provides an additional family. When I was a young teenager, I had emergency surgery to remove a football-sized tumor. I was scared and could not fully grasp what was happening. Through this entire experience, I will always remember how many cards I received from people who said they were praying for me. Many of them were from my church, and others were people I did not know that my church family had called and asked to pray.

I realized then how invaluable the church family can be. And it is imperative to transmit this truth to teenagers.

Lie #3: The church doesn’t actually do anything.

Observing teens today, one may assume that they are all self-focused iPhone zombies. However, if you take the time, you will notice that many of them are overflowing with passion. At times, it may be misdirected, but I see a genuine desire in them to make the world better. They want to be active. They want to make change and do something worthwhile.

Sometimes, teens view church as a ritualistic place that does not do anything outside its own walls. They see church dinners, youth retreats, and church cleaning, but nothing they would consider true outreach.

Even though many churches operate a food pantry or participate in Operation Christmas Child, it may be hard for teens to recognize that those ministries are accomplishing anything when they do not see the people on the other end receiving help.

We need to make sure that teenagers see the church making an impact beyond itself. Be sure that teens do see the people that come to the food bank. Show them videos of children opening Operation Christmas Child shoeboxes.

They also need to recognize that sometimes, things just take time. In their instant-gratification world, we need to show them the truth of Galatians 6:9 which states, “Let us not become weary in doing good, for at the proper time we will reap a harvest if we do not give up.”

Be sure that they hear stories of how church outreach has changed someone’s life, even if it took some time.

These teens need their passion and energy channeled into the church so it can pour out into the community and the world. We need to make sure we take the time to guide them, or they will passionately pursue the wrong things.

This lie does not have “church” in the title, but it is a lie that many teenagers are learning from the church itself.

In American society, the Bible’s teachings on issues such as sexuality, marriage, and gender are labeled as “intolerant.” Many pastors distance themselves from these topics and refuse to preach on them for fear of offending members of the congregation.

Some denominations have even changed their doctrinal beliefs to adhere to the world’s standards, thus undercutting the truth of the Bible.

A recent example of this happened within the United Methodist Church. In February 2019, a special General Assembly was called to vote on whether to change the denomination’s Book of Discipline on issues concerning God’s standard for marriage and leadership in the church. The plan that adhered to the Bible’s teaching did pass, but only with a 53% majority. This means that the other 47% did not want to adhere to the Bible’s standards.

If teens are part of a denomination that is experiencing upheaval like this, it can cause them to question the truth of the Bible. After all, if we can just change our interpretation of it or treat it like a bag of trail mix and just pick out what we like, what is its real purpose anyway?

It is increasingly important to discuss with teens the Bible’s accuracy and truth. It is also important to identify upheavals like the one in the United Methodist Church as Satan’s attempts to sow discord and diminish the effectiveness of the church.

Talk to the teens in your life.

Many people reading this article likely have teenagers in their lives that they care about. It is important to reach out to them and see what conclusions they are drawing about the purpose of the church. Do they see it as something of value that they should invest time in? Or is it just a Sunday social club where people hang out, sing, and leave by 12? Maybe they’ve never really thought about it because it is just part of their normal routine.

Spend time with them, listening to their thoughts, and take the opportunity to show them the value and importance of the church. Its future depends largely on them.

Sarah Garrett is a passionate educator and the founder of Transformed4More.com. She has a calling on her life to share God’s truth with teenagers to help them lived transformed lives for Jesus Christ. She is the author of So, You Think You’re Ready to Date? a 40-day devotional for teenage girls to learn how to set a Biblical foundation for romantic relationships. 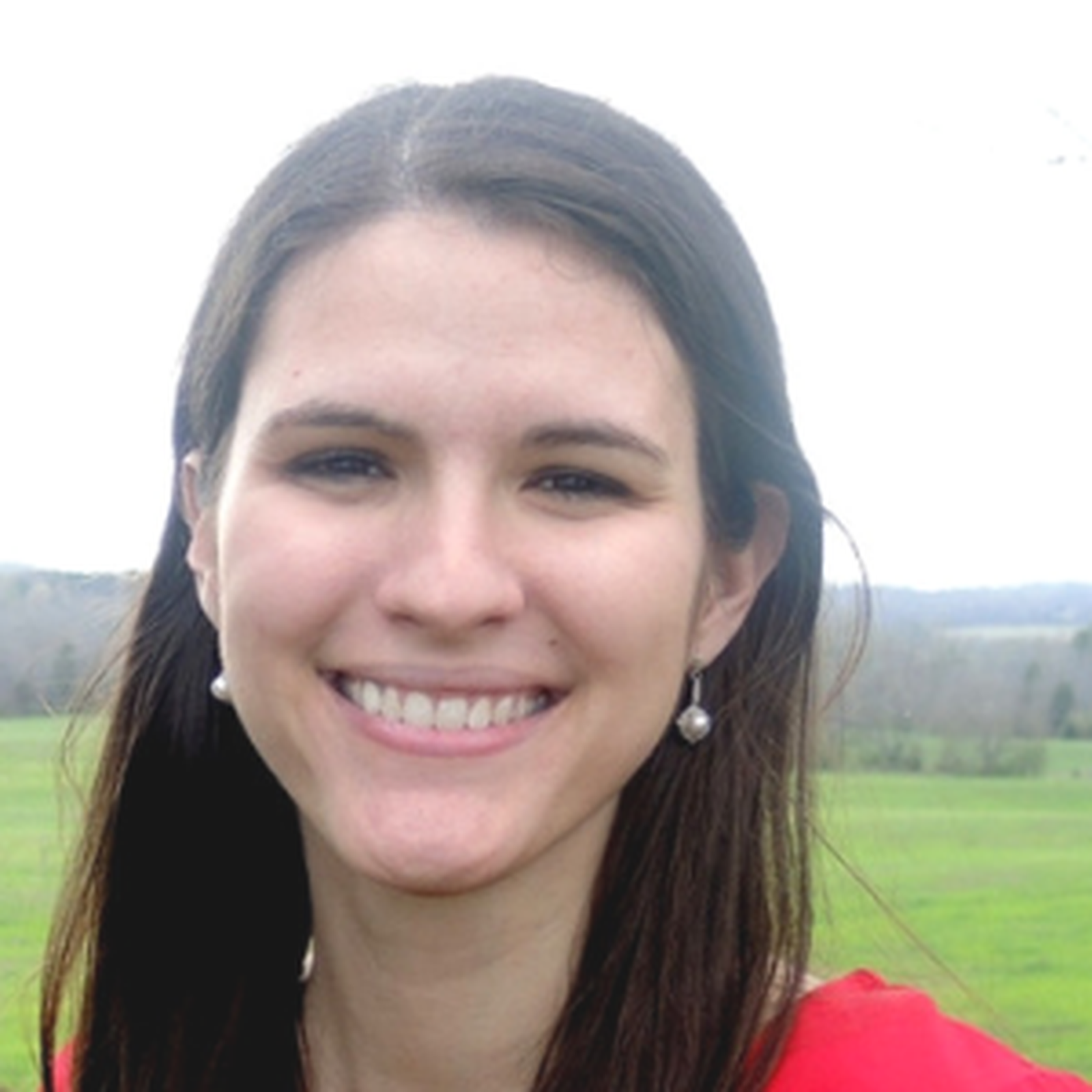 Sarah Garrett is a passionate educator and the founder of Transformed4More.com. She has a calling on her life to share God’s truth to teenagers and young adults to help them live transformed lives for Jesus Christ. She is the author of So, You Think You’re Ready to Date? a 40-day devotional to hep teenage girls establish a Biblical foundation for romantic relationships.