4 Things Parents Should Know about Dolittle

4 Things Parents Should Know about Dolittle

John Dolittle is a disheveled and peculiar doctor with an extraordinary ability.

He talks to animals. They talk back.

It’s a talent that could benefit every element of society – from the medical profession to the crime-fighting realm, to the world of politics.

Unfortunately, though, Dr. Dolittle is a hermit who doesn’t like humans. He only likes animals.

It’s been this way since his wife, Lily, died several years ago at sea. She was a world-famous explorer. They were an extraordinary team. After she passed, though, he locked the gates of his manor and retreated from the world.

It seems he’ll die in seclusion.

But then he receives a knock on the gate. It’s a young envoy of British Queen Victoria, who is dying and needs Dolittle’s assistant. She’s been poisoned, and she wants him to help find the cure.

Can he find it before she dies?

It’s all part of the new film Dolittle (PG), which stars Robert Downey Jr. (Iron Man and Avengers series) as Dolittle and an all-star cast as the voices of the animals (including Octavia Spencer, Emma Thompson, Tom Holland, John Cena and Selena Gomez). 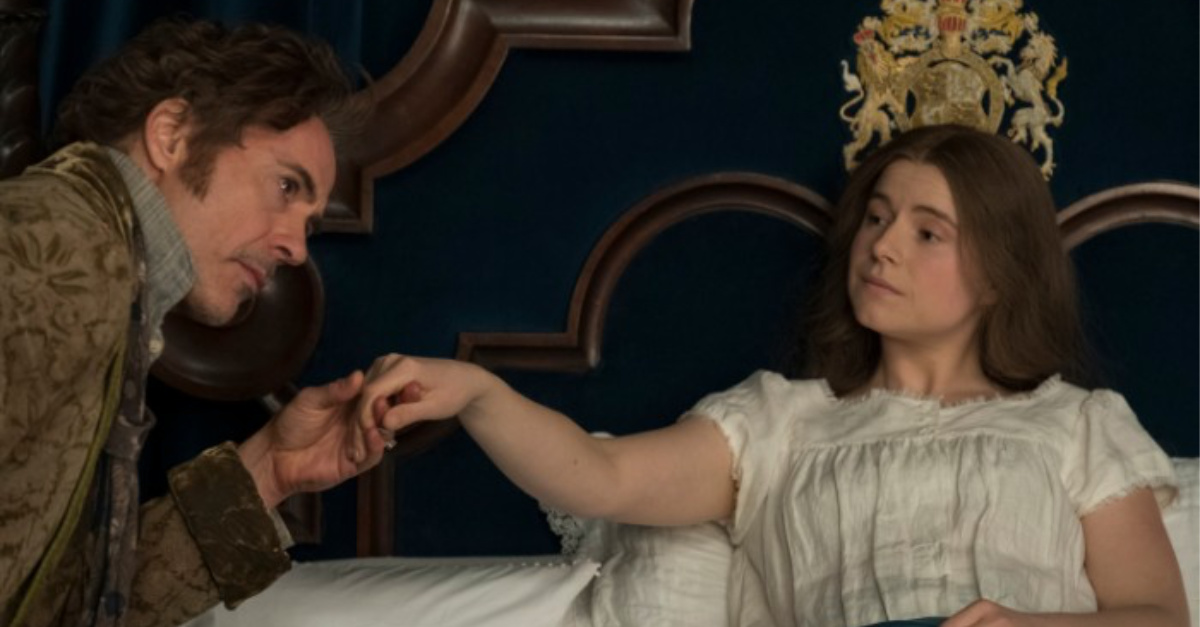 1. It’s Based on a Well-Known Story

English author Hugh John Lofting (1886-1947) wrote the Doctor Dolittle books that have inspired not only the 2020 film but Eddie Murphy’s 1998 and 2001 versions (which were followed by multiple sequels that involved Dolittle’s children) and the 1967 movie Doctor Dolittle (which was nominated for nine Oscars, winning two).

Lofting’s version told of a doctor who wore a high hat and lived in a town called Puddleby-on-the-Marsh. He started out as a physician for the townspeople but eventually became a veterinarian.

The latest film is loosely based on the Lofting book The Voyages of Doctor Dolittle. The book version of Dolittle also preferred animals. (“I like the animals better than the best people,” the doctor says in Lofting’s first book.) 2. It’s a Fun Film for Lovers of Animals

The 2020 film hasn’t won over the mainstream critics, but for animals lovers – that’s everyone in my family – it’s a delightful ride, as Dolittle talks to big creatures (tigers, gorillas and bears) and small ones, too (ants and walking sticks, among them).

The animals help solve the case. (The queen’s octopus tells Dolittle, after the latter dives head-first into the tank, “She drank tea and then fell down.”) They help Dolittle escape the bad guys. (Whales pull his sailing ship safely away from a military vessel – much like horses at sea.) They also provide plenty of laughs. (A heart-broken dragonfly says of a fellow bug who shunned him, “We were going to spend the rest of our lifespans together!”

Yes, Dolittle has a few plot holes. Yes, some of the character development falls short. Yes, Downey’s Dolittle can be hard to understand (and annoying at times).

But if you watch it with children, as I did, it’s entertaining. 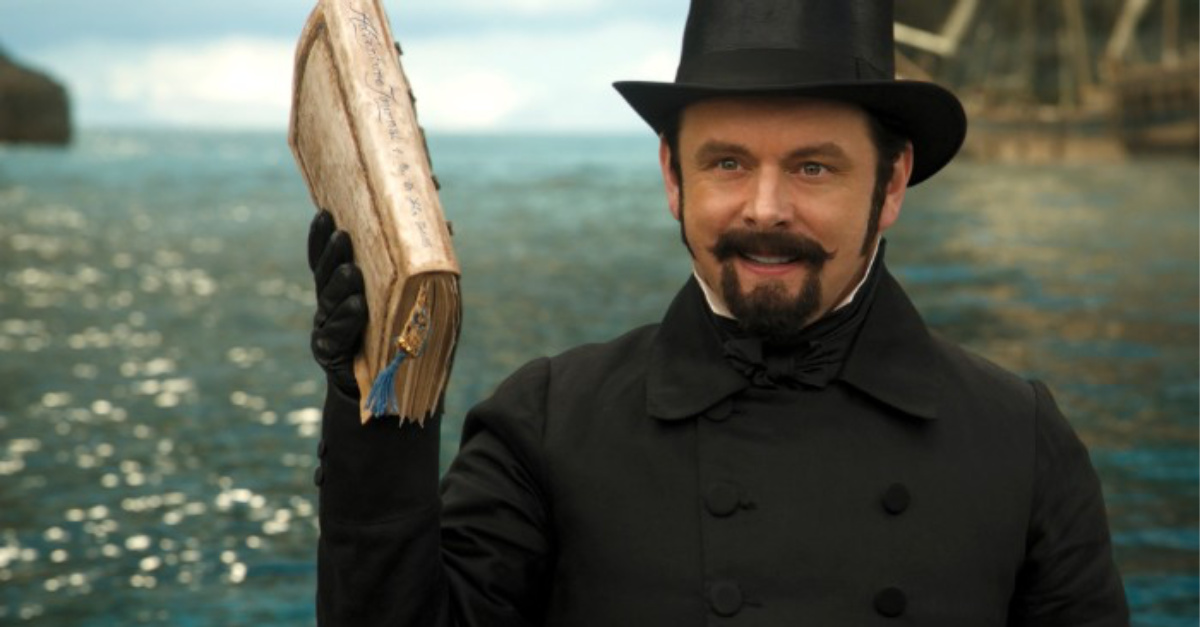 Dr. Dolittle is a grieving widower who wants to spend the rest of his life in his manor, hidden from people. But when the queen of England sends an envoy, asking for his help, Dolittle is forced to leave his property. He also is asked by a young boy to assist an ailing squirrel that was accidentally shot during a duck hunting expedition. (Dolittle assists it with mouth-to-mouth resuscitation and then performs surgery on it.)

The film gives us positive messages about finding joy in life, not only after a tragedy but also in everyday life.

Dolittle risks his life to help save the queen.

“It’s only by helping others that we can truly help ourselves,” the narrator tells us.

I’d put “serving God” up there first, but the film’s message is similar to what Scripture tells us about living a life of selflessness, self-sacrifice and humility (Philippians 2:3-4). 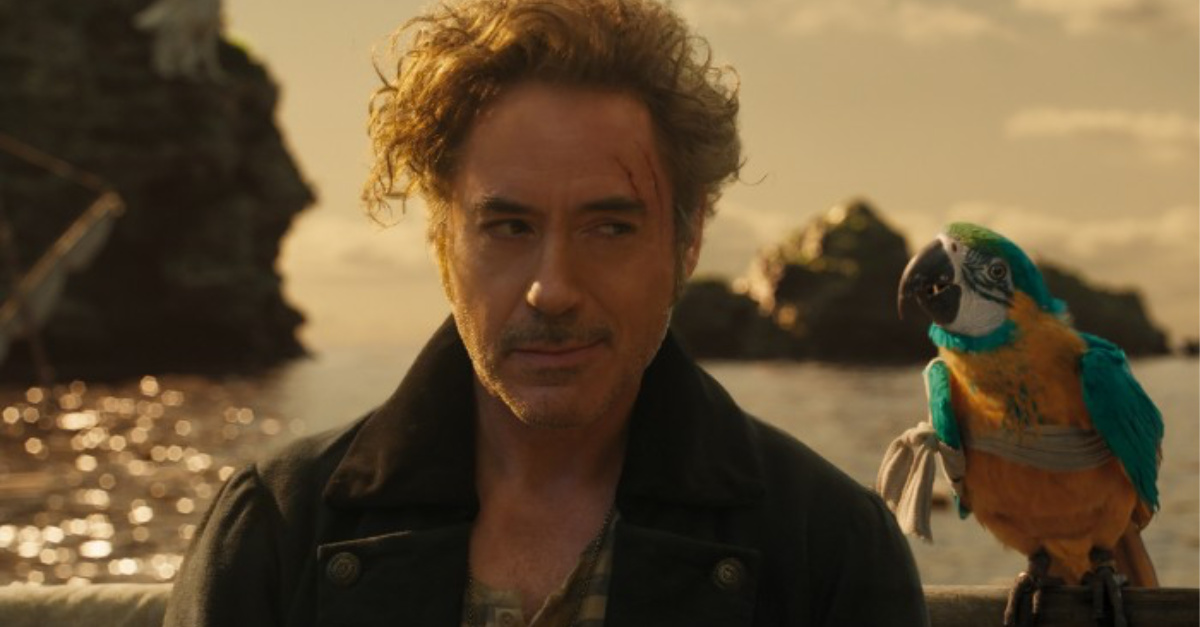 Dolittle isn’t perfect. It has brief coarse language. (A bad guy says “d--n” and misuses “God”; an animal says OMG.) It has a reference to a whale “flipping” off the film’s protagonist.

Still, the violence and disturbing content is minimal. (A fire-breathing dragon is the scariest moment, although Dolittle eventually tames it.) And it contains no sexuality.

For Christian families, the film’s message about animals might be worth discussing on the ride home. We learn that Dolittle and his wife previously traveled the globe and “defended creatures who could not defend themselves” – a noble venture. (The modern-day fight to stop elephant poaching for their tusks comes to mind.) Yet Dolittle also says of humans: “We’re all animals. … We just belong together.” (Genesis says humans are the pinnacle of creation.)

When the film ended, I asked my oldest children (ages 11 and eight) if they enjoyed it.

“I loved it,” my daughter said.

I’m guessing most children would agree.

Dolittle is rated PG for some action, rude humor and brief language.