4 (Spoiler-Free) Things Parents Should Know about Rise of Skywalker

4 (Spoiler-Free) Things Parents Should Know about Rise of Skywalker

A few years ago, a Star Wars fan posted an audio recording online he made back in 1977 when his mother took him to the theater to watch A New Hope.

In it, you hear the final five minutes of that movie and the accompanying cheers and applause when Luke Skywalker blows up the Death Star.

The recording quickly went viral on YouTube (click here to watch it), partially because of its nostalgic nature but also because of movie fans longing for the days when films were always a surprise – and when rumors and leaks didn’t spoil the plot. We wondered: What was it like to be in the theater and watching the Rebels defeat the Empire for the first time?

If you’re a parent who wants to watch the latest film, The Rise of Skywalker (PG-13), but are concerned about the content, then keep reading. I will give you generic descriptions of the content (the violence, the language, etc.) but won’t spoil the plot or reveal characters. And if you stick around to the end, I’ll even tell you if I liked it. 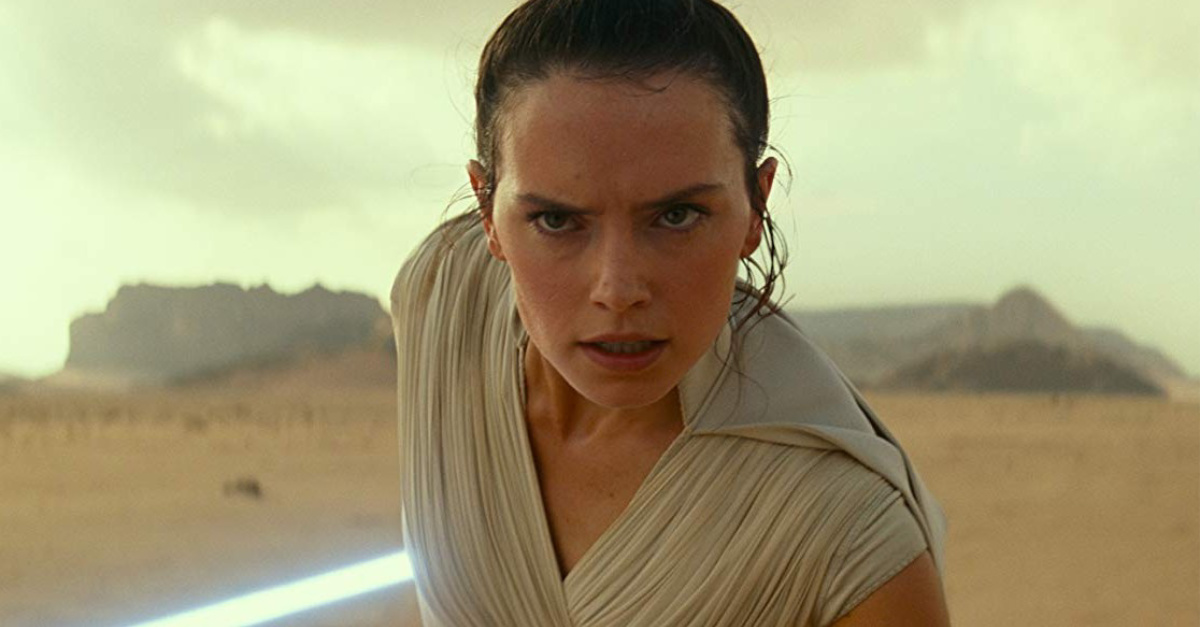 1. It Has a Few Dark and Disturbing Scenes

Rise of Skywalker has the typical violence found in other Star Wars films (more on that in a moment), but it also has dark and disturbing content that may trouble young viewers. It may not be as dark as Revenge of the Sith, but it’s close. It has a few scenes that are darker (and spookier) than the Emperor-Luke-Darth scene in Return of the Jedi; good guys fight bad guys in places that are both visually dark (with lightning tossed in for effect) and dark in tone and plot. Did we mention some of the bad guys are zombie-like? Plenty of young children will be having nightmares.

As for the violence, it’s similar to other films, with light saber battles (we see several “kills” through the abdomen), laser gun fights (one person is killed at point-blank range), and space explosions (too many to count). Major characters die. An alien’s beheaded head is placed on a table. Dozens of bodies cover the ground after battles. 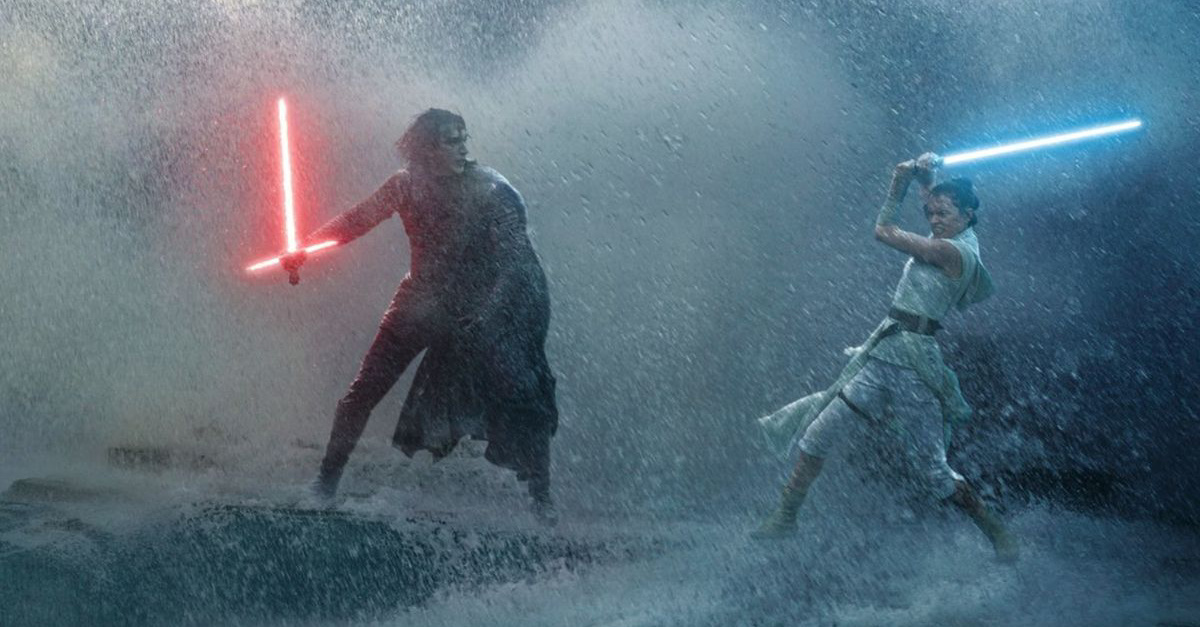 2. There’s a Bit of Language 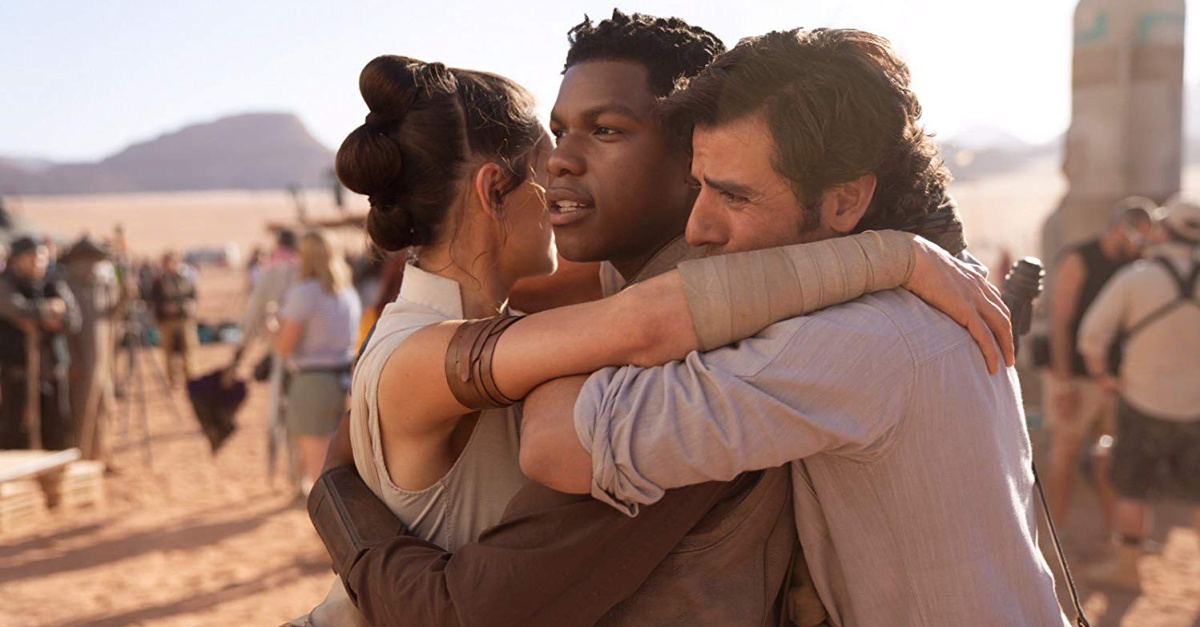 The headlines are correct: The filmmakers behind Rise of Skywalker succumbed to pressure to include the first same-sex interaction in any Star Wars film – although if you blink, you might miss it. It takes place late in the film following a space battle won by the Resistance. We see several quick shots of pilots celebrating – one of which involves two unnamed female pilots embracing in a celebratory kiss. The kiss is the centerpiece of the shot, although it lasts only half a second to a second. Moments later, we see them holding hands on the edge of a scene. That, too, could be easily missed. (Although, if you’re looking for both shots, you’ll likely find them.)

Megan Basham of WORLD Magazine may have summarized the scene best: “It’s an absolutely irrelevant split second between 2 characters you barely know and don’t care about. It practically begs, ‘please don’t come after us! We gave you something!’” 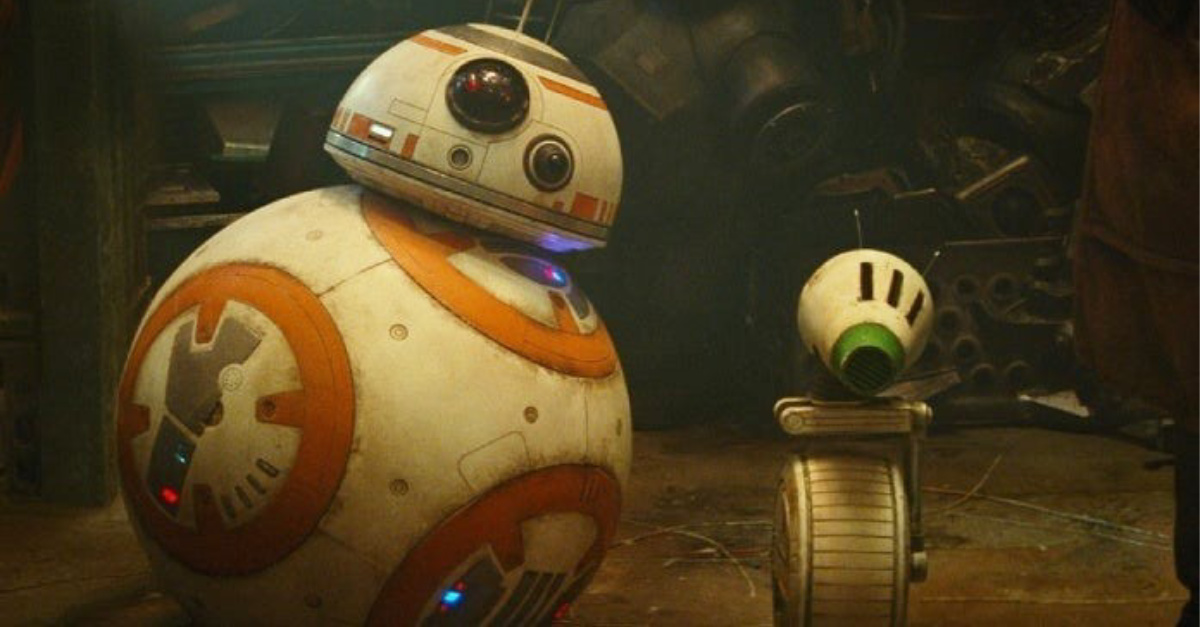 Don’t believe the critics. Rise of Skywalker is the perfect ending to the saga. It gives something to the middle-aged “nostalgia” community as well as to the younger generation who view the older films with skepticism. We welcome old friends back and get to know new characters, too. We visit well-known planets and travel to new worlds (and new landscapes – a hallmark of the Star Wars universe).

The opening scroll is easy to understand (an important fact if your children are young.) The plot is fun and simple. The story has a few shocking and jaw-dropping twists – but not too many.

The movie also includes a concession to critics of The Last Jedi (a film that I enjoyed, even if I was in the minority among my Star Wars friends). I liked Rise of Skywalker so much that it’s No. 4 on my list of favorite Star Wars film. (My list: 1a. The Empire Strikes Back, 1b. A New Hope, 3. The Force Awakens, 4. The Rise of Skywalker, 5. The Last Jedi, 6. Return of the Jedi, 7a. Rogue One, 7b. Solo, 9. Revenge of the Sith, 10. The Phantom Menace, 11. Attack of the Clones.)

Of course, the movie contains a worldview that departs from Scripture – read in-depth about that here – but you likely already knew that. Still, it might be worth a discussion on the ride home.

Entertainment rating: 4.5 out of 5 stars.