4 Things You Should Know about Ad Astra

4 Things You Should Know about Ad Astra

Roy McBride is a quiet and pensive astronaut on a mission to save Earth. To do that, though, he’ll have to travel to the edge of the Solar System.

So far, 43,000 people on our planet have been killed due to unexplained electric surges originating from the outer planets.

McBride is tasked with discovering the source and helping end it.

That’s difficult enough, but then he learns the surges are deriving from the same region – near Neptune – that his father, also an astronaut, tragically died years ago.

Is there a connection?

It’s set in the “near” future and during a time when space travel is frequent and fast. 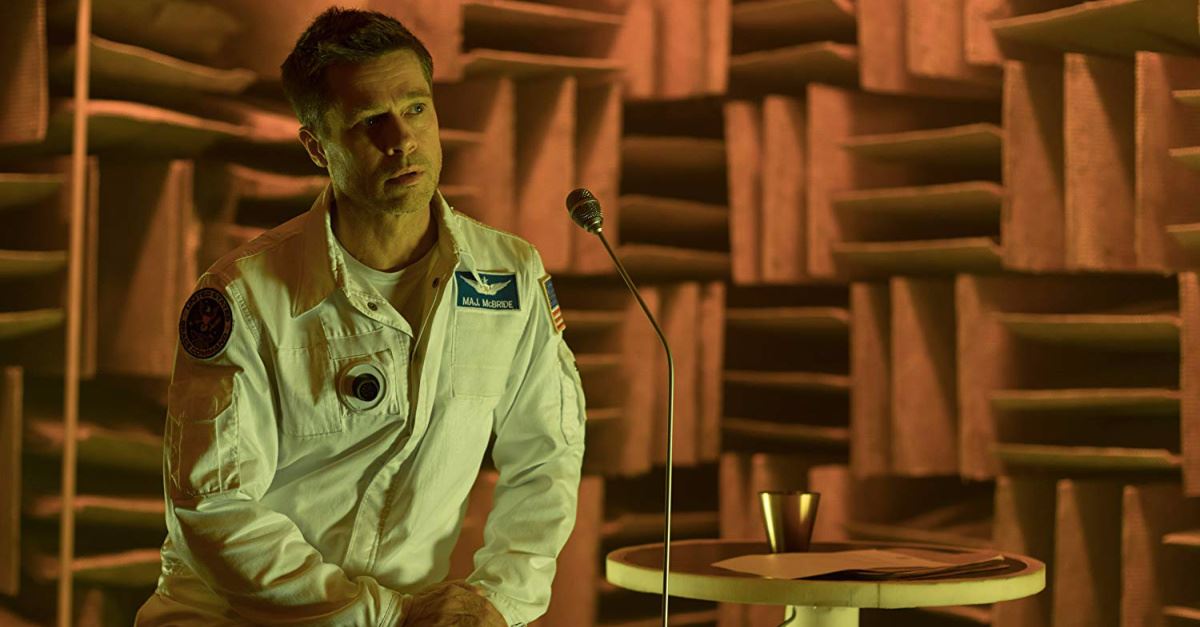 Yes, it’s science fiction, but don’t expect to see space battles and aliens. Instead, be prepared for a cerebral and thought-provoking film, similar to 2001: A Space Odyssey– or perhaps even Arrival or Interstellar. Pitt’s character is quiet and – when he speaks – monotone. He shows little expression. Much of the film is set in space, which, after all, is a vacuum. In space, there is no noise (despite what the Empire and the Rebellion taught us). But this doesn’t mean Ad Astra is a boring film – just the opposite. The plot has plenty of surprises. Besides, sometimes the absence of sound can add tension to the scene. (Exhibit A: A Quiet Place.)

Scripture tells us, “The heavens declare the glory of God; the skies proclaim the work of his hands” (Psalm 19:1). In Ad Astra, we see God’s glory on display. We see the moon up close – its thousands of craters, big and small. We then visit Mars, Jupiter, Saturn and Neptune. (Poor Uranus didn’t make the cut.) It’s striking how beautiful these planets are – and how much they look like something out of an art gallery. This isn’t, though, due to poor special effects. (Google “Voyager 2 pictures” for proof.) It’s because God’s creation really does look like a painting made by the Master Artist. 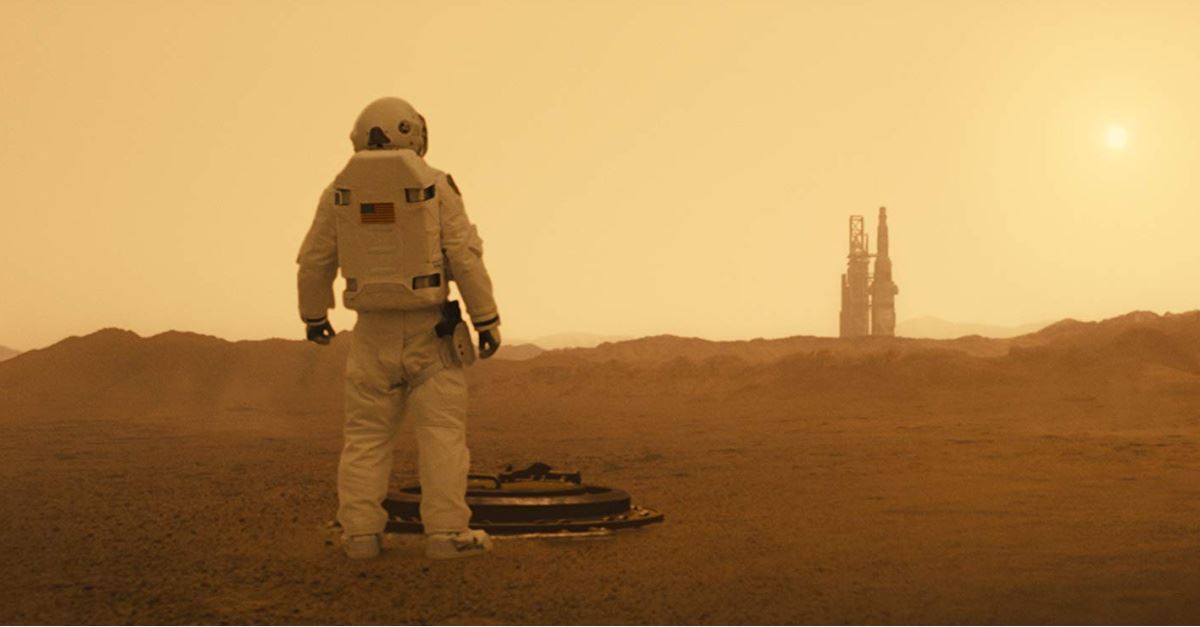 Roy went to the edge of the Solar System and back, and along the way discovered truths straight out of Scripture: Family is priceless. Love is more important than worldly things and work. Life is short. It isn’t meant to be lived alone. Regret can lead to redemption. He also learns that emotions are a gift to be controlled – and not a burden to be repressed.

I’m guessing more than a few moviegoers will feel convicted when Roy’s wife tells him in an old video clip, “You seem preoccupied with your work. I feel like I’m on my own all the time. … You’re so distant, even when you’re here.”

Ad Astra also reminds us of the unique qualities of our planet. It sustains life. It’s our home. (On Mars, Roy watches videos of birds, trees and oceans.)

Finally, the film includes a few faith-centric moments. Early in the movie, Roy’s father expresses gratitude to God for the mission, saying he’s “feeling His presence so close.”

When an astronaut dies in space, we hear a fellow crew member pray a Catholic prayer: “May you meet your Redeemer face to face and enjoy the vision of God forever.” 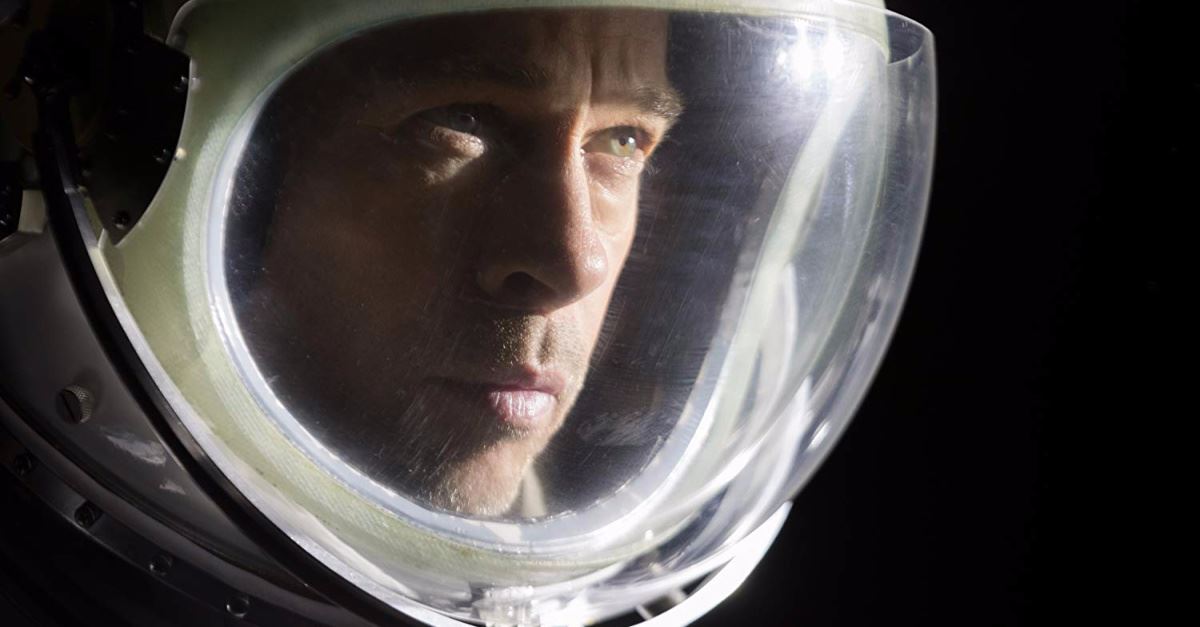 Of course, the term “family-friendly” can have a range of meanings. If you’re wanting to take small children, then you may want to reconsider. Otherwise, it might be OK. But I should offer some caution: Unless they’re deep thinkers who can enjoy a slow-paced flick, they might be asleep before it ends. Ad Astra contains no sexuality. The violence is minimal/moderate. (We see a brief space battle on the moon and in a spaceship. People are shot and killed. We also see an animal attack and kill someone. We see a few bloody images and dead bodies floating in space.) We don’t hear a lot of coarse language, but when we do, it’s significant. (One f-word and three instances of GD, as well as three misuses of h-ll.)

Ad Astra is rated PG-13 for some violence and bloody images, and for brief strong language.