4 Things You Should Know about Harriet

4 Things You Should Know about Harriet

We know her as Harriet Tubman. But originally, she was known by a different name, “Minty.”

Minty is a resolute and brave Christian woman living in 1840s Maryland – a state where African Americans have no rights and where a white person can own another person based entirely on the color of their skin.

Minty is a slave. So are her parents. And her siblings. And most black people she knows.

But Minty doesn’t intend to stay in shackles forever. Even though she may die trying, she wants to escape.

“I wanna be free,” she tells an acquaintance.

Thus, Minty sets out in the middle of the night, with the goal of traveling 100 miles to the city of Philadelphia, where African Americans live in freedom.

She’ll make the trip alone – yes – but she believes in a God who will guide and protect her.

It’s all part of the new movie Harriet (PG-13), which tells the true story of a slave who escapes and then returns to Maryland to rescue not only her family but other slaves, too. Once she gains her freedom, she chooses a new name: Harriet Tubman. She also joins the Underground Railroad – a network of abolitionists who live in the South and help slaves in their journey to the north. 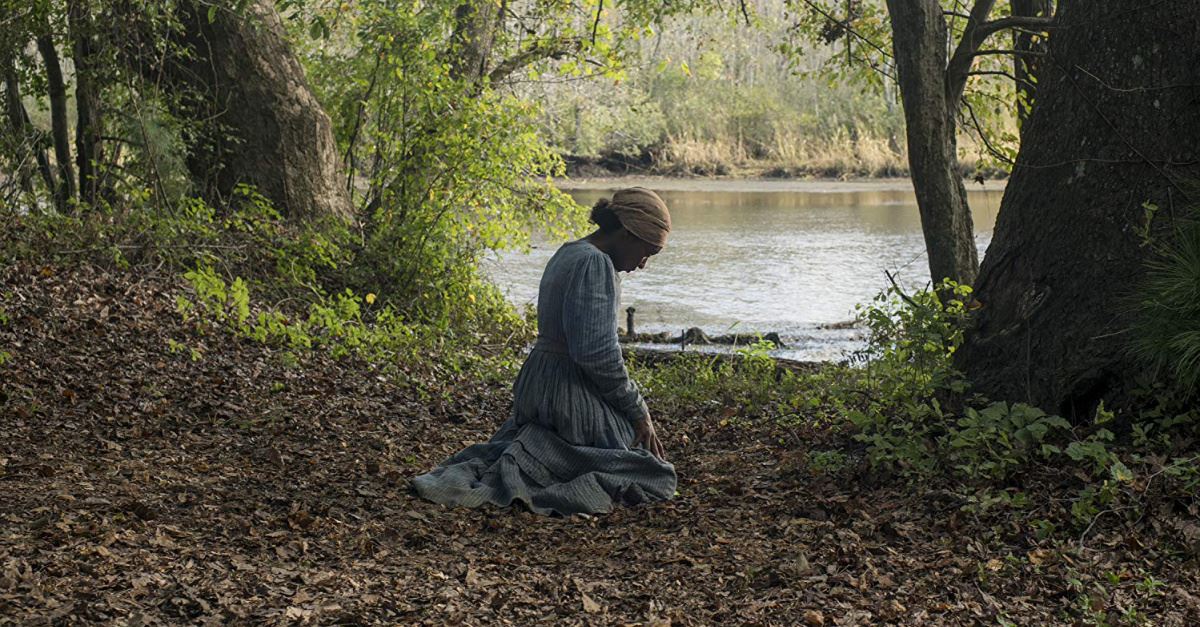 1. It Doesn’t Shy away from Tubman’s Faith

No, Harriet isn’t a faith-based film in the traditional use of that term, but it includes more faith content than, well, many Christian films do. The film portrays Tubman as a woman who was guided by her faith and who rightly believed God was on her side. When asked by a Philadelphia abolitionist if anyone joined her on the 100-mile escape, she replies it was “just me and the Lord.” When confronted by a slaveowner who believes the Bible endorsed slavery, she retorts, “God don’t mean [for] people to own people.” And when faced with a major decision that could be the difference between life and death for other slaves on the Underground Railroad, she stops for a moment and prays. Soon, slaveowners are calling her “Moses,” and they’re offering the public a reward for her capture.

But Harriet isn’t the only character driven by her faith. A key leader on the Underground Railroad tells her to “Trust in God” for her safety. And slaves in the field sing spiritual tunes – often about the Promised Land – that provide hope. 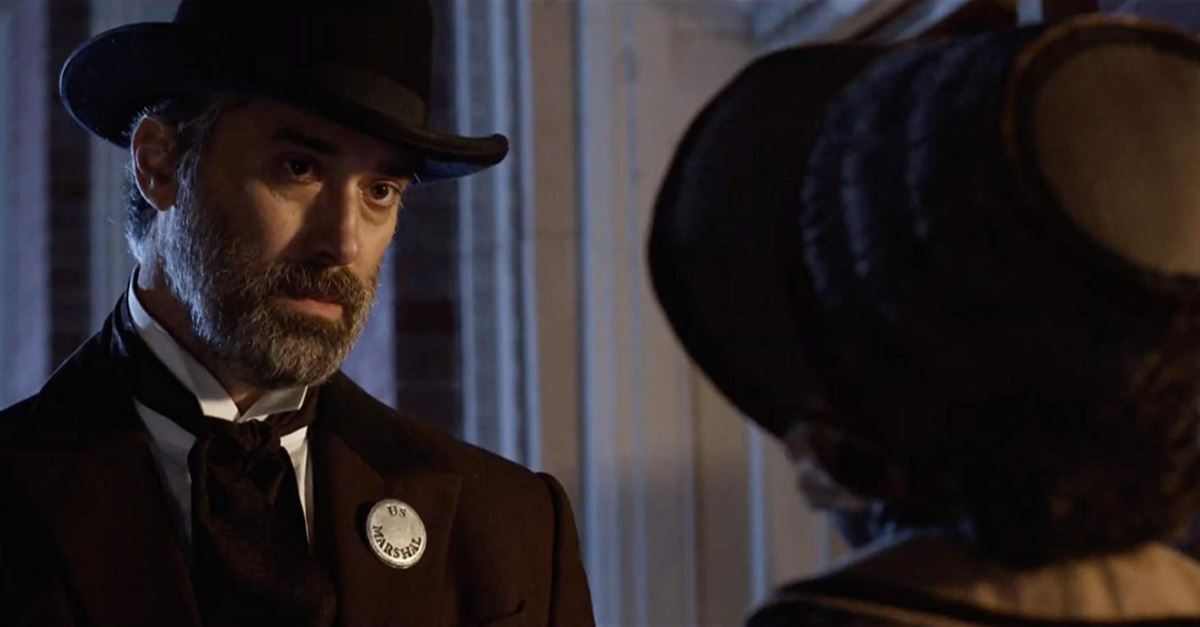 2. It Puts a Real Hero on Display

Too often, our culture places “hero” status on the wrong people – talented-but-immature singers and a funny-but-foolish actors.

Harriet shows us what a real hero looks and acts like. It’s a woman who risked her safety and life – she would have been tortured and killed if caught – to rescue dozens of slaves. When everyone else was fleeing north to safety in Philadelphia and then Canada in the 1850s, she was heading south, equipped only with fake identification and a gun. Later, during the Civil War, she served as a spy for the Union. She even led soldiers in a raid to rescue 700-plus slaves in the Combahee Ferry (S.C.) Raid.

There’s an old adage: Pick a dead person for your hero, because they can’t disappoint you. I nominate Harriet Tubman. 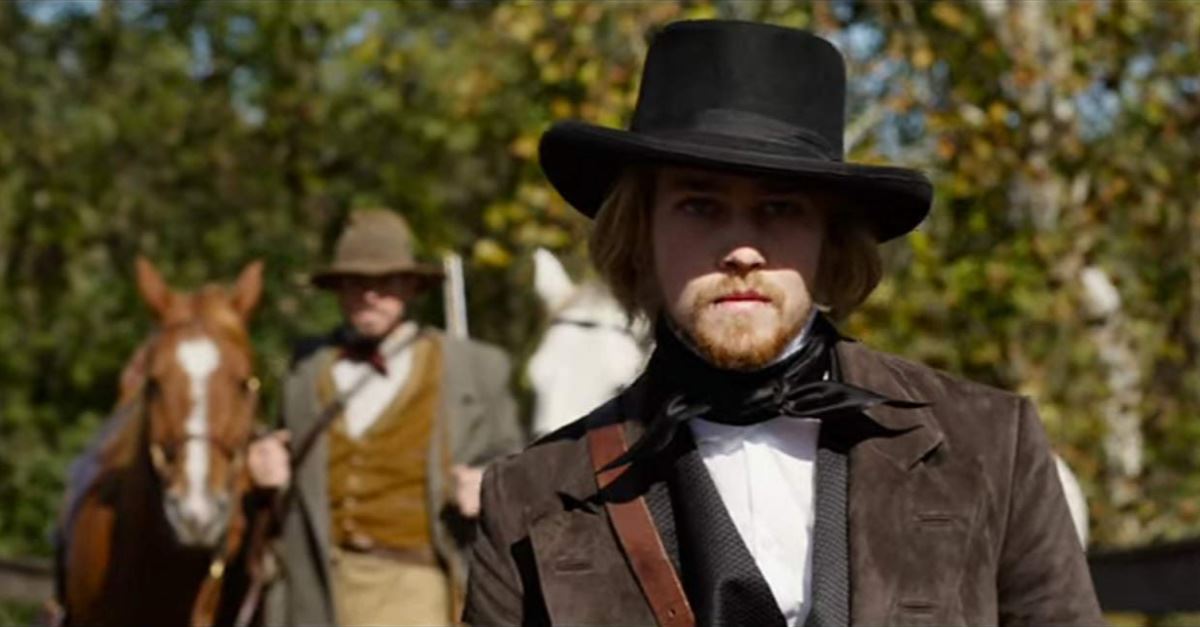 People often hate history because of the way they were taught it – as a collection of names and dates to be memorized. That’s tragic, because history is so much more. The best history involves a gripping story about a fascinating person doing things that have never been done. In other words, the best history is just like nonfiction … but it’s true.

That’s what makes Harriet so entertaining. Tubman was illiterate – and couldn’t even read the wanted posters demanding her capture. Yet she was smarter than the slave catchers who chased her with scent hounds. When she makes it to Philadelphia and is told she got “lucky” – and is even forbidden by an abolitionist from going back – she puts her life on the line, believing God will protect her. In fact, she traveled south more than 13 times. They never caught her. 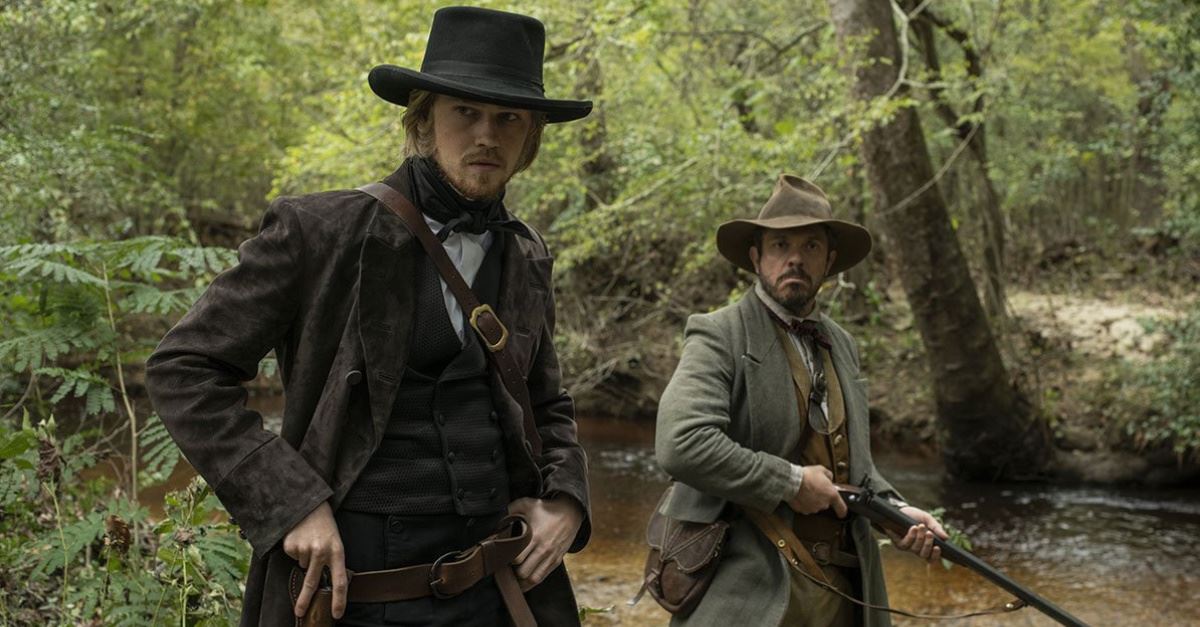 4. It’s Gritty … and May Not Be Kid-Friendly

Harriet is rated PG-13, which means “some material may be inappropriate for children under 13.” Of course, not every PG-13 film is made the same; some are borderline “R,” while others could have gotten by with a “PG.” If you’re a parent who wants your child to watch Harriet, here’s what you need to know:

Racial epithets are common, with the n-word being heard about a dozen times. Other coarse language includes h--l (5), b--ch (4), d--n (2), GD (1), f-word (1) and OMG (1). The film includes no sexuality (we see Harriet and her husband kiss a few times) and a moderate amount of violence/disturbing content. A woman is beaten and then kicked in the head. (She dies.) Female slaves are slapped. A man is shot in the head. We see scars on the backs of slaves (including Tubman’s) – scars that were derived from whippings.

But the rough content takes a backseat to Tubman’s inspiring story of faith. Slave owners tell her that the Bible supports slavery – “the Lord don’t listen” to you, she is told – but Tubman knows better. She serves a God of love, grace, mercy, redemption and freedom. She serves a God who rescued the Hebrews and opposes the proud. She serves a God who says there is “neither Jew nor Gentile, neither slave nor free … for you are all one in Christ Jesus” (Galatians 3:28). She talks to that God – daily – and hears from Him.

She put those Christian beliefs into action – and helped change the course of history forever.

Harriet is rated PG-13 for thematic content throughout, violent material and language including racial epithets.