4 Things You'll Learn from Jesus in Athens, the Inspiring Film about Muslims Turning to Christ

4 Things You'll Learn from Jesus in Athens, the Inspiring Film about Muslims Turning to Christ

The European refugee crisis that captivated the world’s attention in 2015 also sparked an often-overlooked revival of Muslims coming to Christ.

If that’s news to you, don’t worry. A new documentary film can help catch you up.

Titled Jesus in Athens, this inspiring film tells the story of the revival through the eyes of the Christians in Greece and the Muslims who discovered hope and peace.

It is hosted by Darren Carlson, the president of Training Leaders International.

“This is the story of God gathering people to himself during a crisis,” Carlson says.

Here are four things you’ll learn in the film: 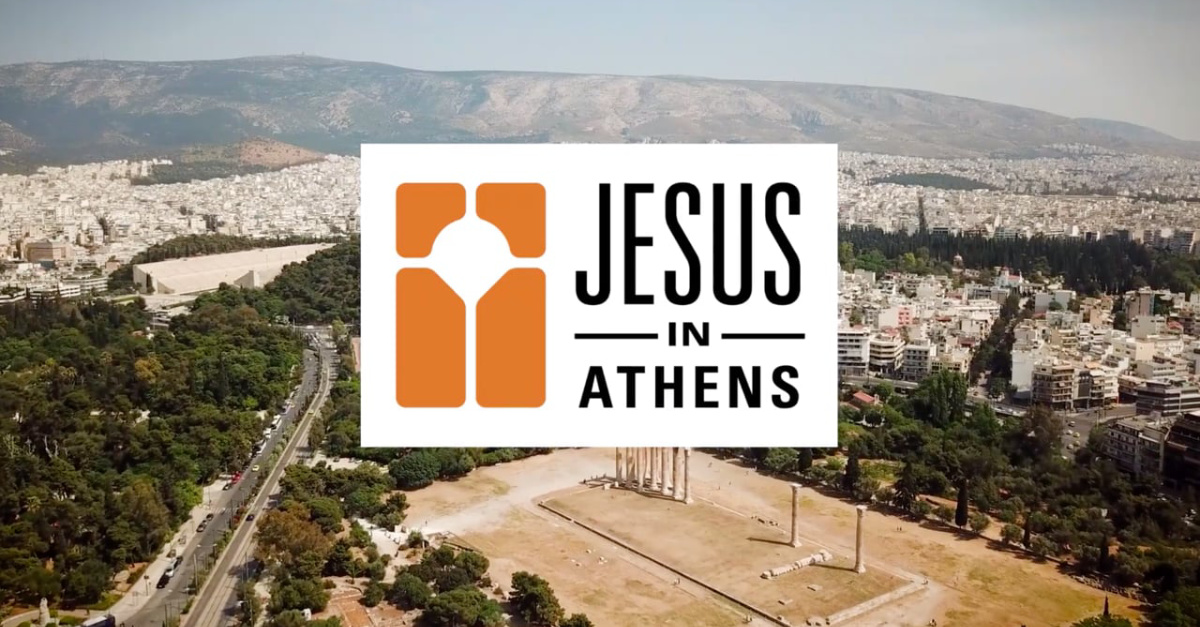 1. Many Migrants Landed First in Greece

Although the migrant crisis impacted all of Europe, most migrants first landed in Greece because of its proximity to Africa, Turkey and the Middle East. (One particular Greek island, Samos, is 40 miles from Turkey.) Greece has 10,000 miles of coastline – the most in Europe.

The migrants’ destination, Carlson says, was “Sweden, Germany, Finland, or a host of other Western European countries that they have never visited but believe hold their key to a better life.”

In 2015 alone, 1,005,504 migrants entered Europe. They were fleeing oppression, poverty and slavery from places like Syria, Iraq and Afghanistan. But many of them also found the gospel. Religious conversions and revival broke out, “especially among Muslims fleeing their war-torn countries.”

“From this great movement of people have sprung up ministries, refugee centers, and in some cases, established churches,” Carlson says.

Most of the new churches, he says, are evangelical and charismatic. 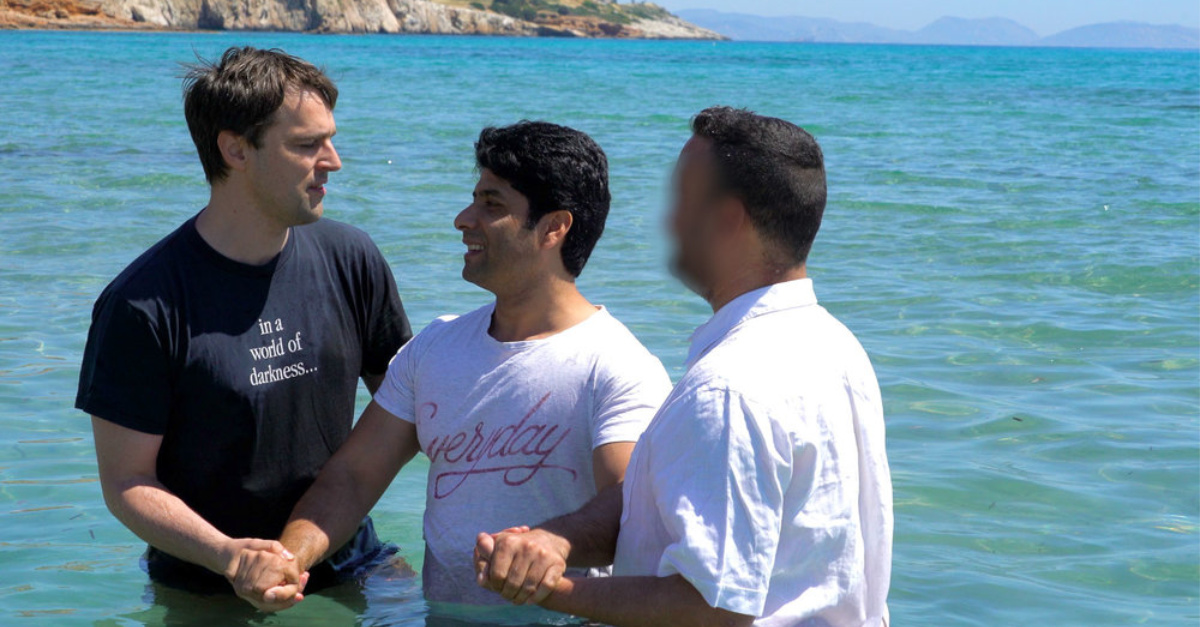 The film spotlights the numerous conservations of Muslims to Christianity. It also shows how believers in Athens continue to reach out to members of Islam.

One church planter/pastor in the film says he baptized hundreds of migrants. Another pastor says he hosted an evangelistic meeting that regularly had 150-200 Muslims attend.

“These were things that were unheard of in the past,” the pastor says, adding it wasn’t a “coincidence.”

“I believe in the sovereignty of God. And I do believe that this is God's doing,” he says.

One specific church building even has apartments for Muslim families.

“In my experience, it is the love of God and the love of Christians that draw Muslims to Jesus Christ,” Carlson says. 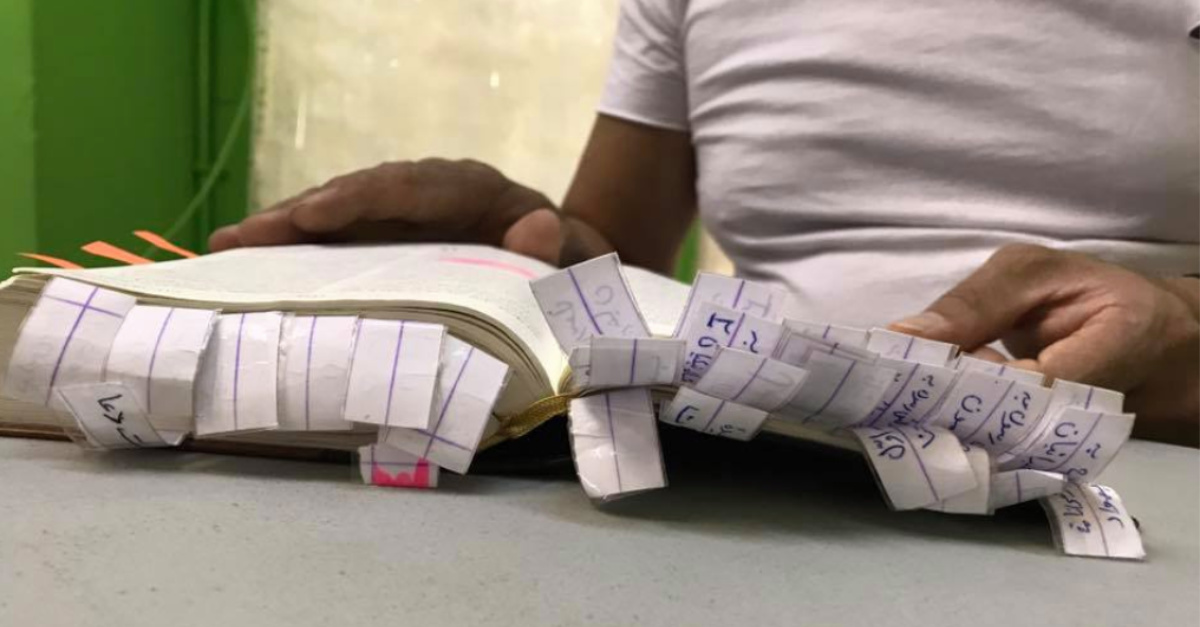 3. Children Were Saved from Prostitution

Faros, a non-profit Christian ministry for minors, was established in Athens during the crisis to assist unaccompanied refugee children and youth. They are vulnerable to prostitution.

“Outside the center, Greek men wait for the young boys, offering to pay them for sex,” Carlson says. “Like the sodomites of old who wish to mistreat travelers, they wait outside the house targeting the boys for rape. Many of these minors have been living on the streets prostituting themselves to make money.”

But a haven awaits inside the walls. About 50 children come each day for food and classes. It has enough beds for 22 minors.

“These boys are alone because either their families have died along the journey, or they were sent ahead by themselves,” Carlson says. 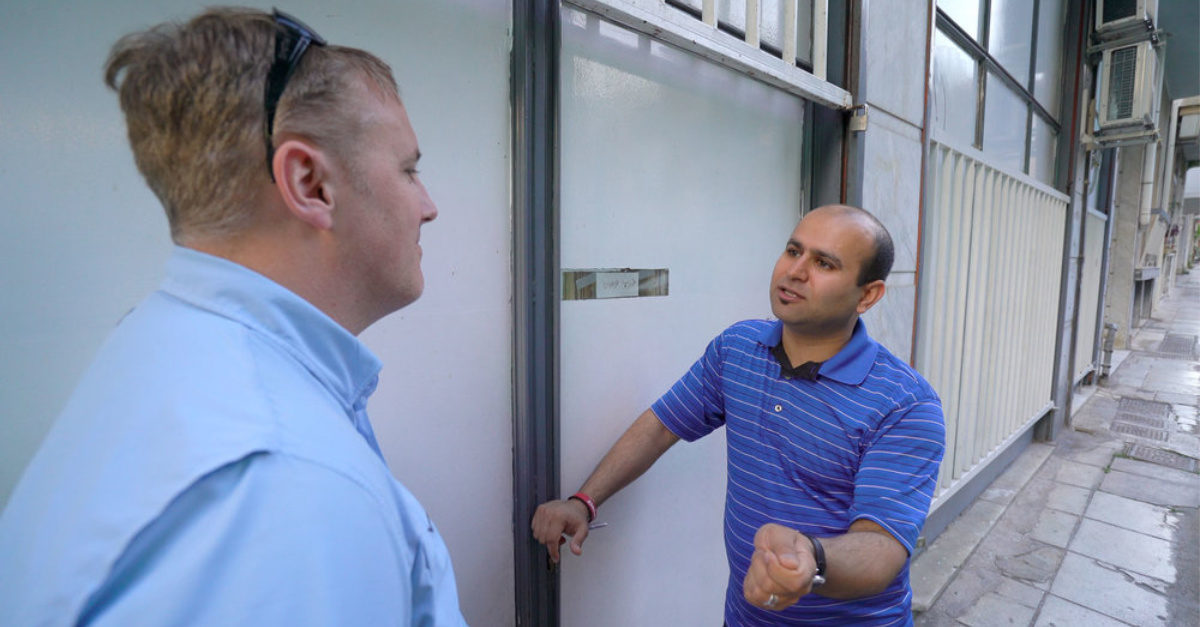 Some Muslims came to Christ during the crisis as the result of unexplainable events – miracles. Jesus in Athens recounts several of them.

In one situation, a boat full of Muslims was traveling from Turkey to Greece during the night when the young daughter of an Iraqi family fell overboard amid rough waters. Unable to locate her, they shouted and prayed to God for help. Moments later, her family saw her sitting on the other side of the boat. They asked her: What happened?

“Over and over, she says, ‘A man in white walked on water. He grabbed my hand and put me in the boat,’” Carlson recounts.

Meanwhile, at around the same time, a missionary on the Greek shore had started a fire to warm the incoming migrants. He sensed God telling him to share the story of … Jesus walking on the water.

The Iraqi family was among those who listened to the missionary. Hearing the story, they started crying and said, “Can you give us the book you're reading? We want to know the man who walks on water.”

Watch Jesus in Athens on Prime or visit JesusInAthens.com.

Content warnings: Jesus in Athens includes a warning about “mature subject matter.” Treat it like a PG film.

Family-friendly rating: 4 out of 5 stars