Back in January – before most of us could spell “coronavirus” – Netflix dropped a six-part documentary on its platform with a simple name: Pandemic.

It was filmed prior to the COVID-19 pandemic, but in hindsight, it foreshadowed much of what the world is currently experiencing.

The docuseries follows real-life superheroes: doctors, researchers and scientists as they battle viruses and try to stop them before they get out of hand.

“When we talk about another flu pandemic happening, it’s not a matter of if, but when,” we’re told in the first five minutes of the program.

Dennis Carroll, then-director of the USAID’s emerging threats unit, takes us to an unmarked mass grave in Pennsylvania where victims of the 1918-20 influenza pandemic that killed 50 million people worldwide were buried. Public places were closed. Hospitals, he tells us, were “overwhelmed.”

“It’s a guarantee that another version of that killer flu will reappear,” he says. “We don’t know when, but should always presume it could be soon.”

Episodes 1 and 3 are a must-watch to understand the current pandemic, yet the entire documentary is gripping. (The series isn’t faith-based, although it does follow a Christian doctor in Oklahoma battling the outbreak of the seasonal flu.)

Here are three things you’ll learn in Pandemic that foreshadowed the 2020 pandemic: 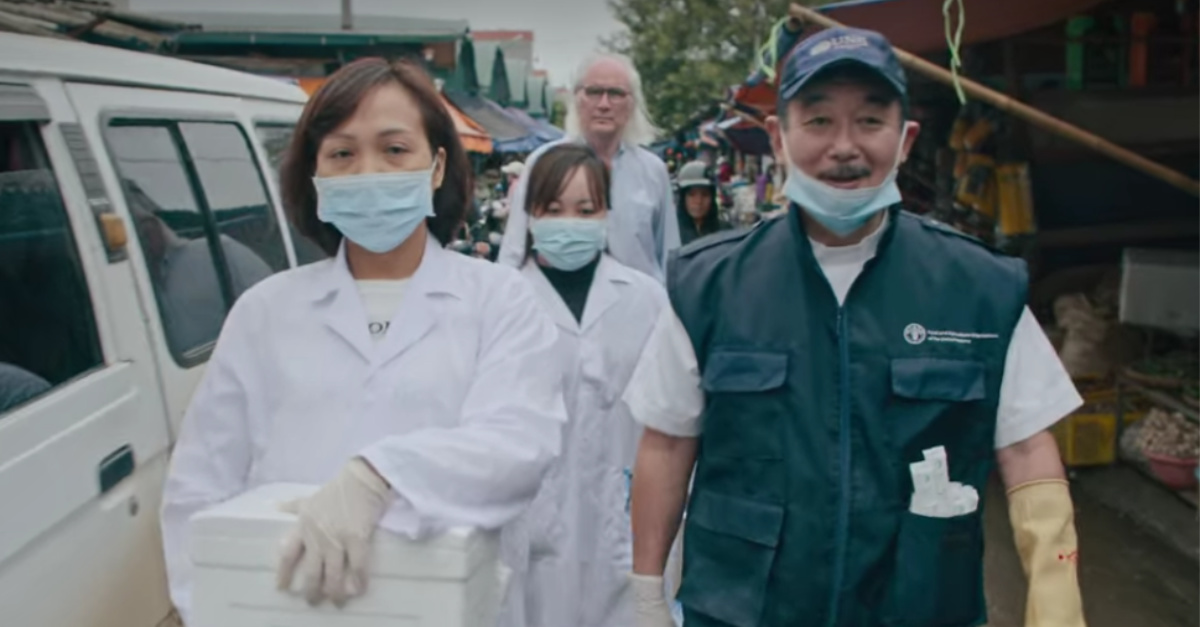 The typical pattern, according to Carroll, is for a virus to originate in wildlife and then transfer to livestock and then to people. The world, he says, is “raising livestock at unprecedented levels.”

“The problem with that is that the sheer number of animals in a confined space elevates the risk for a virus to spread and mutate at a rapid pace,” says Carroll, then-director of the USAID’s emerging threats unit.

Dr. Ghazi Kayali, who tracks viruses throughout the Middle East with the hope of stopping them, says bats often are the original source.

“A lot of the scary viruses in recent years have been linked to bats,” Kayali says, referencing Ebola, SARS and MERS. “... We now know that can be a reservoir for the flu.”

The documentary shows Kayali and his team in a cave, catching bats to draw blood samples. The goal is to study the bats “before they mutate” in order to try and predict which route the virus might take.

“It's all about trying to break the transmission cycles from animals to humans,” Kayali says. 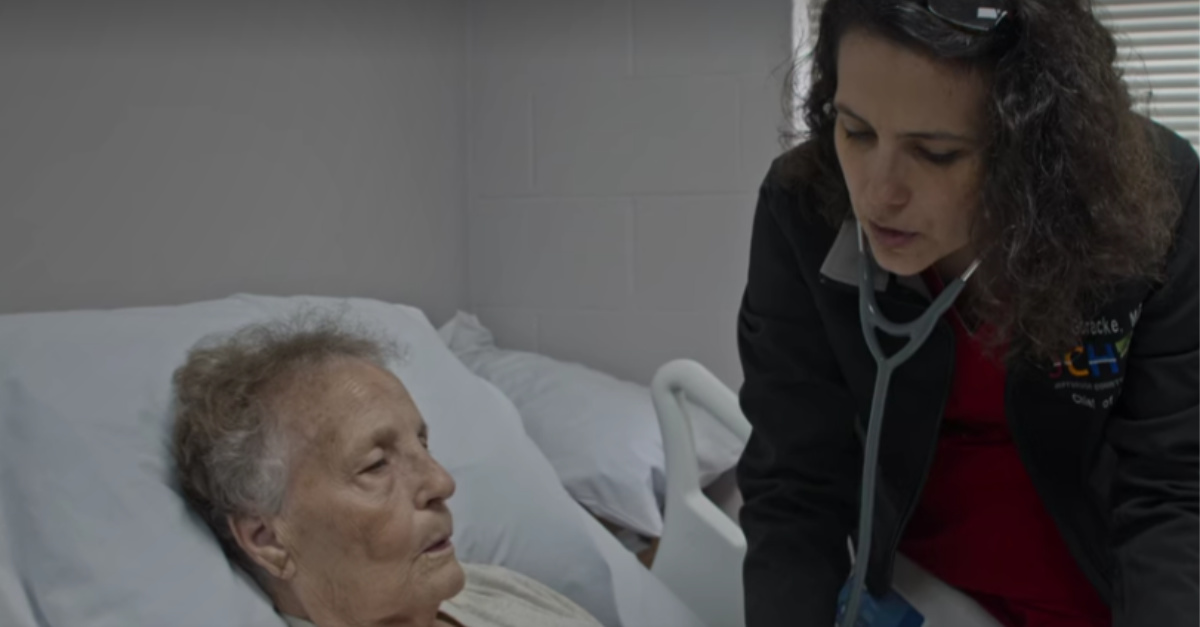 2. Many Deadly Viruses Start in China

Although the source of the virus’ spread has become controversial, Carroll says in the documentary that China is a hotspot for viruses.

“While we can't predict where the next influenza pandemic is gonna come from, there are certain places that you want to pay particular attention to. And China is one of those,” Carroll says. “That's the place where we've seen the emergence of virtually all of the deadly influenza viruses over the last half-century.”

We see Carroll and a team of researchers walking through a Chinese “wet market,” where caged birds and other animals are stacked on top of one another, ready to be sold. Most people throughout the market wear masks.

The deadly H5N1 virus in 2005 began in China and then spread across the border to Vietnam. Carroll says. It was stopped only when Vietnam vaccinated virtually every chicken and duck.

“Within four months they succeeded,” he says.

Scientists believe COVID-19 originated in a Chinese wet market. There is a growing demand for China to ban them or strictly regulate them, as a Vox.com video explains. 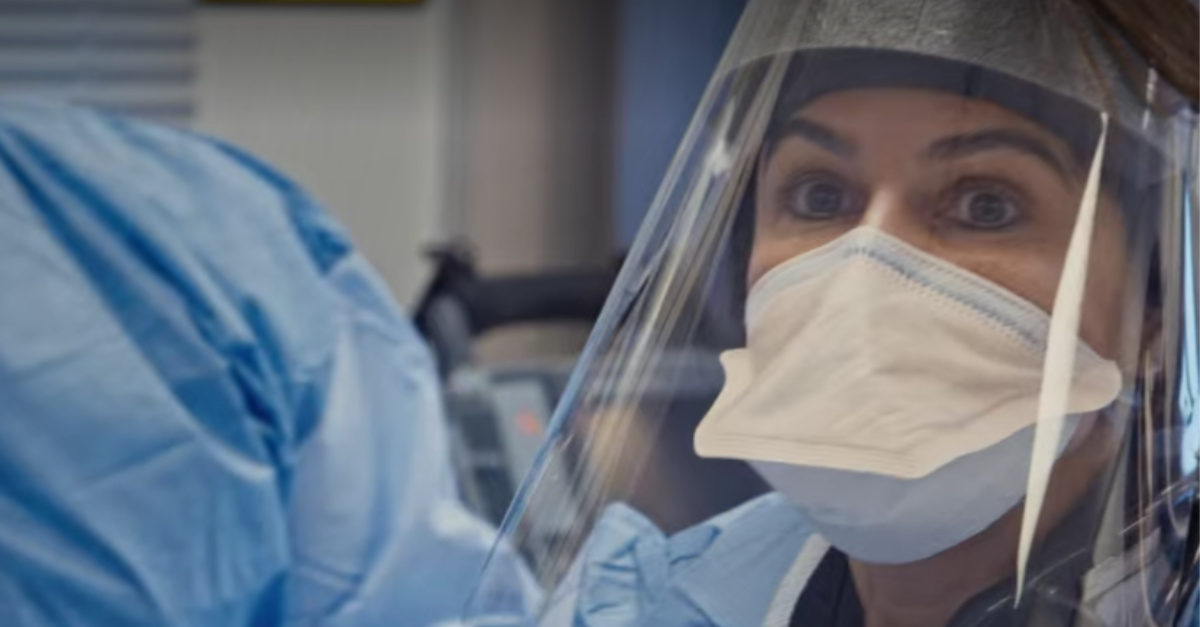 3. It Could Overwhelm the Health System

Carroll delivers some of the documentary’s most eerie warnings in light of the 2020 pandemic. Referencing hospitals, he says, “The thing that will immediately be threatened is continuity of health services.”

“What are urban areas going to do after a couple of weeks of disruptive impact on food supplies?” he asks, rhetorically. “You'll not only have people dying from an influenza virus, they'll be dying from what are preventable deaths today.”

A pandemic, he says, “will likely come from an animal – and it will be a new and novel never-seen-before virus.”

“When a novel virus emerges from animals, we will not have natural immunity,” he says. “Our systems will have no means to fight the infection off, which means it has a potential for being very deadly.”

COVID-19 is a novel virus, and a shortage of personal protective equipment and medical equipment was one of the dominant themes of the 2020 pandemic. There is no vaccine for COVID-19.

Netflix’s Pandemic is a must-watch for the average American who wants to understand the history and science behind viruses. It’s too late to get ahead in the battle against COVID-19. But perhaps Pandemic can serve as a reminder that we need to be better prepared for the next one.

Content warnings: The docuseries is rated TV-14 and contains few coarse words but brief strong language, including at least two f-words. (Episode 3, which was mentioned in this story, contains none.)