Praying the Names of God - October 25

Praying the Names of God - October 25

From Praying the Names of God Week Nineteen, Day Five 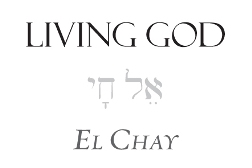 The Name
This title sets Israel's God apart from the false gods of the surrounding nations. Unlike idols of wood and stone, made by human hands, the Living God is himself Maker of heaven and earth. He alone is the source of our life. We live because he lives. The prophet Jeremiah reminded God's people that "every goldsmith is shamed by his idols. His images are a fraud; they have no breath in them" (Jeremiah 10:14).

Key Scripture
And Hezekiah prayed to the LORD: "O LORD, God of Israel, enthroned between the cherubim, you alone are God over all the kingdoms of the earth. You have made heaven and earth. Give ear, O LORD, and hear; open your eyes, O LORD, and see; listen to the words Sennacherib has sent to insult the living God." (2 Kings 19:15-16)

It is impossible to live at the beginning of the twenty-first century without being acutely aware of the problems of the Middle East. We know of its religious and political conflicts. But few of us realize that many of its tensions are rooted in the intractable problem of water. Former UN Secretary General Boutros Boutros-Ghali's assessment has been widely quoted: "The next war in the Near East will not be about politics but over water." In any region and in any age, water is a symbol of life. And no wonder—most people can survive for weeks without food but only three to four days without water.

Jesus spoke of the "living water" that is never in short supply for those who believe in him. Indeed, he promises a "spring of water welling up to eternal life" (John 4:14). This is the living water that comes from the Spirit of the Living, All-powerful God, who makes his home in us.

Jesus answered her, "If you knew the gift of God and who it is that asks you for a drink, you would have asked him and he would have given you living water."

"Sir," the woman said, "you have nothing to draw with and the well is deep. Where can you get this living water? Are you greater than our father Jacob, who gave us the well and drank from it himself, as did also his sons and his flocks and herds?"

On the last and greatest day of the Feast, Jesus stood and said in a loud voice, "If anyone is thirsty, let him come to me and drink. Whoever believes in me, as the Scripture has said, streams of living water will flow from within him." By this he meant the Spirit, whom those who believed in him were later to receive. Up to that time the Spirit had not been given, since Jesus had not yet been glorified. (John 7:37-39)

Express your thirst for the Living God. (Psalm 42)

Affirm the folly of trusting in anything other than the Living God. (Jeremiah 10:7-16)

Remember that we are the temple of the Living God. (2 Corinthians 6:16)