Observe the sweet titles with which the heavenly Solomon with intense affection addresses His bride, the church. "My sister, one near to Me by ties of nature, partaker of the same sympathies. My bride, nearest and dearest, united to Me by the tenderest bands of love; My sweet companion, part of My own self. My sister, by My Incarnation, which makes Me bone of your bone and flesh of your flesh; my bride, by heavenly betrothal, in which I have married you to Myself in righteousness

My sister, whom I knew of old, and over whom I watched from her earliest infancy; My bride, taken from among the daughters, embraced by arms of love and joined to me forever." See how true it is that our royal Kinsman is not ashamed of us, for He dwells with manifest delight upon this twofold relationship. We have the word "my" twice in our version; as if Christ dwelt with rapture on His possession of His Church.

The church is the exclusive portion of her Lord; none else may claim a partnership or pretend to share her love. Jesus, Your church delights to have it so! Let every believing soul drink solace out of these wells. Soul, Christ is near to you in ties of relationship. Christ is dear to you in bonds of marriage union, and you are dear to Him; behold, He grasps both of your hands with both His own, saying, "My sister, my bride." Consider how the Lord gets such a double hold of you that He neither can nor will ever let you go. Be not, O beloved, slow to return the hallowed flame of His love. 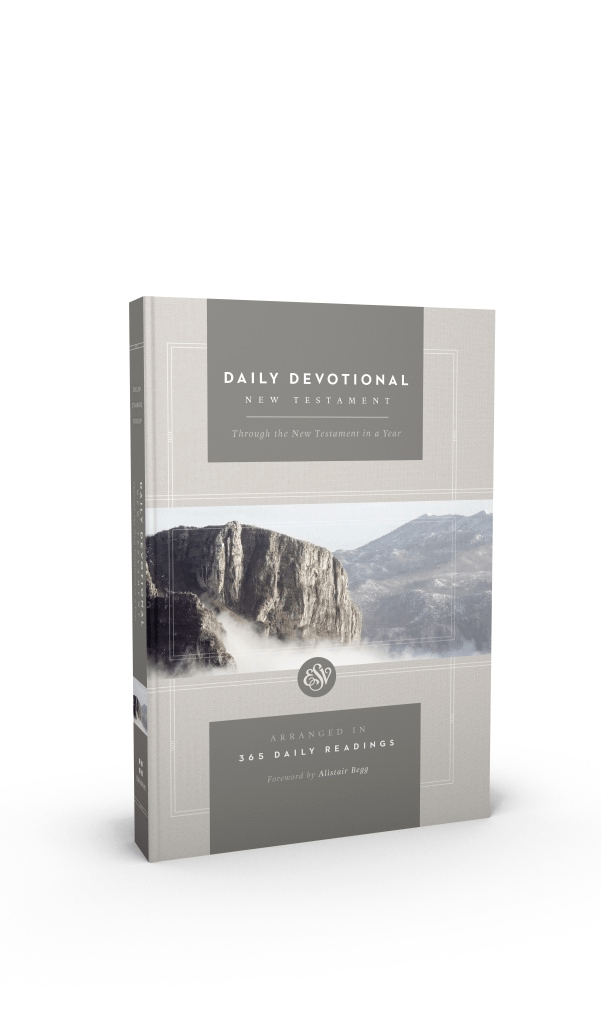 The ESV Daily Devotional New Testament will help readers become familiar with the central message of the Gospel by guiding them through the entire New Testament over the course of one year.
Featuring 365 devotions, each day includes two readings – one from the first half of the New Testament (Matthew through Acts) and one from the second half (Romans through Revelation). After each reading, a short reflection helps readers consider the meaning of the passage and understand how it relates to Jesus Christ and the Gospel. Each devotion concludes with a short passage from the Psalms that ties thematically into the day’s Bible reading, as well as a “Thoughts for Prayer” section to guide personal prayer and meditation.