Here are ten things about the letter that may help you get started.

The city of Corinth in the first century, with a population estimated to be as high as two hundred thousand, has been described as “a wide-open boomtown” (Murphy-O'Connor) comparable to San Francisco of the gold rush days. It boasted two harbors and was strategically located, thus enhancing its reputation as one of the leading commercial centers of southern Greece. Sailors and merchants from every city and province, and therefore from every race and religion, passed through Corinth. It was truly cosmopolitan in nature.

A City of "Wealth and Immorality"

Not unexpectedly, Corinth became notorious for luxurious and debauched living. Although virtually every pagan deity had a cult following in Corinth (archaeologists have discovered temples devoted to Neptune, Apollo, Venus, Octavia, Asclepius, Demeter, Core, and Poseidon, among others), its chief shrine was the temple of Aphrodite (the Greek goddess of love and life), where as many as 1,000 temple prostitutes were reported to have conducted their business. Sexual perversion and immorality of every conceivable (and some inconceivable) sort was rampant. “Because of the luxury and vice of Corinth the word 'corinthianize' . . . (i.e., to fornicate) was coined as an infamous sign of the wealth and immorality for which the city was renowned in the ancient world” (R. Martin).

As noted, Corinth's reputation is notorious. Among other things, archaeologists have discovered there clay representations of human genitals that were offered to Asclepius, the god of healing. Evidently, the hope was that that part of the body, suffering from venereal disease, would be healed. However, it is important to point out that Corinth's reputation comes from what we know it to have been like prior to its devastation in 146 b.c. Thus we should be careful “not to read the old city's character into the new city. . . . [Nevertheless], traditions like that die hard, and as a great port city it is unlikely that new Corinth established a reputation for moral probity (see 1 Cor. 6:12ff.)” (Carson, Moo, Morris, 263).

The Influence of the Culture on the Church

The church in Corinth was composed largely of Gentiles, the majority of whom were at the lower end of the socio-economic ladder (although there were a few wealthy families). As Gordon Fee has noted, “although they were the Christian church in Corinth, an inordinate amount of Corinth was yet in them, emerging in a number of attitudes and behaviors that required radical surgery without killing the patient” (4). Both of Paul's canonical letters to this group of believers attempts to do this.

2. Paul Preached Christ as Messiah to Jews and Greeks living in Corinth

Paul first preaches the gospel in Corinth during his second missionary journey, probably in late 50 or early 51 a.d. He worked with Priscilla and Aquila as a tentmaker and probably lived with them. The results of Paul's initial ministry in Corinth are recorded in Acts 18:1-11. While there Paul regularly went to the synagogue and reasoned with both Jews and God-fearing Greeks, seeking to demonstrate, as was his custom, that Jesus was indeed the Messiah prophesied by the OT Scriptures.

3. The Ephesian Connection to Corinthians

After 1 1/2 years of ministry in Corinth, in the spring of 52 a.d., Paul made his way with Priscilla and Aquila to the city of Ephesus. After only a brief stay, he left Priscilla and Aquila there and departed for Jerusalem. From there he went to Antioch, eventually returning to Ephesus where he remained for the next 2 1/2 years (from the fall of 52 to the spring of 55 a.d.). It was during this 2 1/2 year period of ministry in Ephesus that the Corinthian correspondence was composed.

4. Paul Wrote a Previous Letter to the Church in Corinth

Sometime in late 54 a.d. Paul wrote a letter to the Corinthians that is now lost (cf. l Cor. 5:9-11). We will call this “Corinthian Letter A”. He wrote this letter in response to news (either by personal report or a letter from the Corinthians) that some in Corinth had failed to separate from people within the church who had engaged in repeated sexual immorality. Evidently the Corinthians misinterpreted Paul, thinking that he was recommending they separate entirely from the wider Corinthian society.

Subsequent to this, Paul received reports from certain people in Chloe's house (l Cor. 1:11) that there were problems in the Corinthian church, in particular the breaking up of the believing community into factions. Also, according to 1 Cor. 16:17, three men (Stephanus, Fortunatus, and Achaicus) from Corinth came to him, evidently with a letter from the church asking Paul numerous questions about Christian behavior and belief (cf. l Cor. 7:1). In response to the report from Chloe's house and the questions asked of him, Paul wrote what we know as First Corinthians. We will call this “Corinthian Letter B” (probably written in late 54 a.d.).

In “Corinthian Letter B” (our First Corinthians), Paul revealed his travel plans. He hoped first to go to Macedonia and then make his way south to Corinth. However, after sending Timothy to Corinth bearing the letter, he changed his plans slightly. Now he proposed to visit Corinth twice: first, on his way to Macedonia, and second, on his way back from Macedonia (of. 2 Cor. 1:15-16). All of this changed yet again, however, when Timothy arrived in Corinth and discovered how bad the situation was. Timothy, or perhaps someone else, informed Paul concerning the distressing circumstances in Corinth and how the church had not responded to his letter (our First Corinthians).

6. Paul's Urgent Visit to Corinth Was Met with Great Sorrow

Paul immediately put aside everything else and made an urgent visit to Corinth to try to put things right (probably in the spring of 55 a.d.). This direct confrontation with the Corinthians turned out to be a bitter and humiliating experience for Paul. He refers to it in 2 Cor. 2:1 as “a painful visit” or one that caused “sorrow.” Apparently the Corinthians not only ignored the instruction of First Corinthians (i.e., “Corinthian Letter B”), but also had given their allegiance to one or two men who opposed Paul, who treated him with disrespect, and ridiculed his apostleship. Paul was deeply hurt and offended (cf. 2 Cor. 2:5-8,10; 7:12).

Because of this distressing experience, Paul did not stay long in Corinth. He returned to Ephesus and determined not to make another painful visit to Corinth. Therefore he called off the double stop he had earlier planned to make at Corinth on his way to and from Macedonia (of. 2 Cor. 1:15-16). All this did was to give his enemies in Corinth an excuse to charge him with being fickle, a man who vacillated and really cared very little for the Corinthian believers and their feelings (2 Cor. 1:17).

7. Paul Wrote a "Tearful" Letter to the Corinthian Church as a Result of His Visit

Paul obviously could not leave matters unsettled. He feared that his enemies would destroy the work of the gospel in Corinth. Therefore he wrote yet another letter to them (in the summer of 55). This one he refers to in 2 Cor. 2:4,9 as the “severe” or “tearful” letter. We will call it “Corinthian Letter C”. In this letter he harshly rebuked the Corinthians and demanded the punishment of the man who had opposed and ridiculed him so maliciously (cf. 2 Cor. 2:3,4,6,9; 7:8-12). Titus was given the unenviable responsibility of carrying this letter to Corinth. Like “Corinthian Letter A,” this piece of correspondence is also lost.

8. Paul Ministered in Macedonia as He Awaited a Response from the Corinthian Church

Paul remained in Ephesus, where he faced some of the worst opposition to the gospel he had yet encountered. He refers to this in 2 Cor. 1:8-10. In late 55 a.d. he left Ephesus and went to Troas hoping to meet Titus there with news of how the Corinthians had responded to the “severe/tearful” letter. Much to his chagrin, Titus was not there (cf. 2 Cor. 2:13). Evidently he and Titus had planned to meet in Macedonia should the meeting in Troas not occur. Hence, Paul made his way to Macedonia, anxiously awaiting the arrival of Titus from Corinth. While in Macedonia he ministered to the churches there and began collecting money to send to the Christians in Jerusalem who were suffering from famine (cf. 2 Cor. 8:1-2).

9. Titus Finally Brought News to Paul from the Corinthian Church

Finally, Titus arrived from Corinth with the good news for which Paul had prayed. His response is described in 2 Cor. 7:5ff. However, not all the news from Corinth was encouraging. For example,

• some had become critical of Paul for what they perceived to be vacillation in his travel plans; this proved him to be a “man of flesh” (2 Cor. 1:12,17);

• Paul was still receiving criticism for his policy of not taking money from them but choosing rather to support himself;

• worst of all, the church in Corinth had been infiltrated by a group of "false apostles" who seriously undermined his authenticity as an apostle and thus his authority in the lives of the believers there.

10. 2 Corinthians Was Written Before Paul's Final Journey to Corinth, Wherein He Wrote Romans

In the summer or fall of 56, Paul makes his third visit to Corinth, where all is well. It is from Corinth at this time that he writes the Epistle to the Romans. “It is probable that this letter [i.e., Romans], his most carefully structured statement, arose out of the issues raised by his most recent problems with the Corinthians, as more hastily expressed in 2 Corinthians. Did Romans have its genesis in lectures given in Corinth in the light of the recent problems there?” (Barnett, 14).

That, in 10 easy steps, was the scenario of events in the up and down relationship between Paul and the church at Corinth. In all Paul wrote them 4 letters, only 2 of which God providentially preserved for us in the NT.

• “Corinthian Letter B” - written in late 54 a.d.; our First Corinthians

Thus we see that Second Corinthians was written by Paul after he received the good news of how the Corinthians had responded to the severe letter (2 Cor. 7:5ff.). Paul is ecstatic that the church had repented and had even taken disciplinary action against the man who had opposed him. Paul must still on occasion explain his travel plans, the nature of his apostolic authority, and even issue a few warnings and rebukes. But even all this is couched in joy and confidence that the church in Corinth is growing and maturing in Christ.

[Much of this has been adapted from my book, A Sincere and Pure Devotion to Christ: 100 Daily Meditations on 2 Corinthians, Volume One (Crossway).]

This article originally appeared on SamStorms.com. Used with permission. 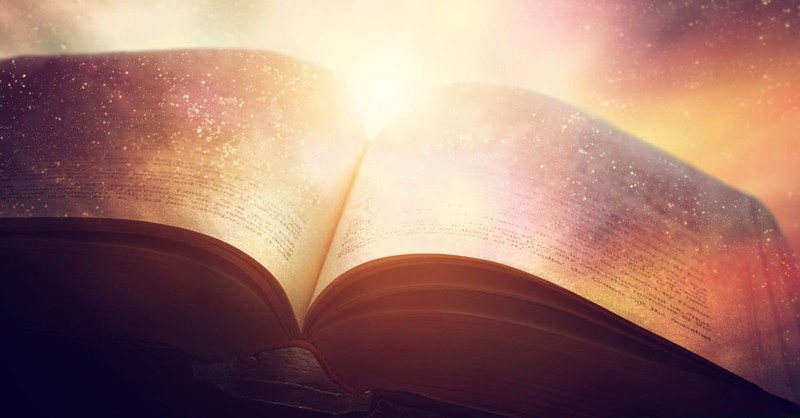 NEXT: 10 Things You Need to Know About the "Lamb's Book of Life"