How Can I Explain God’s Wrath in the Bible as Loving?

How Can I Explain God’s Wrath in the Bible as Loving?

We don’t often talk about God’s wrath in church. Whenever someone brings it up in conversation, Christians often will change the subject or prefer to talk about “happier” subjects, such as God’s love.

The idea that God’s wrath and love are intertwined seems to strike our minds with dissonance. How can we equate the two?

Although we may not understand God’s wrath, without it, we cannot have God’s love.

What Is God’s Wrath?

God’s anger and human anger have a vast number of differences.

Human anger can often lead to actions that can range from petty to explosive. It can be provoked or unprovoked. Someone may simply “Wake up on the wrong side of the bed” that morning and lash out at coworkers, family members, and friends.

God never wakes up on the wrong side of the bed.

God’s wrath forms as a response to the evil and sin in this world. Indignant in nature (righteous anger), God’s wrath bubbles out of a reaction to heinous acts that have corrupted human souls and the very world in which we live.

A holy God sees that sin perverts the creation in which he loves. As our Creator who loves truth, justice, and peace, He intervenes to prevent the corruption from wiping out all the inhabitants of the earth (Matthew 24:22).

God’s wrath attacks the sin. It seeks to destroy the disease that has rotted humans from the inside out (Genesis 6).

We also have to keep in mind God doesn’t immediately pour out his wrath upon creation. The Bible describes him as slow to anger (Psalm 103:8). He gives people a window to repent and turn away from the sin that has caused them to turn away from Him (Jonah 3).

Unlike the gods of ancient pantheons, God doesn’t operate on whims, smiting whoever displeases him. He gives us time to seek him and return home (Luke 15:11-32). 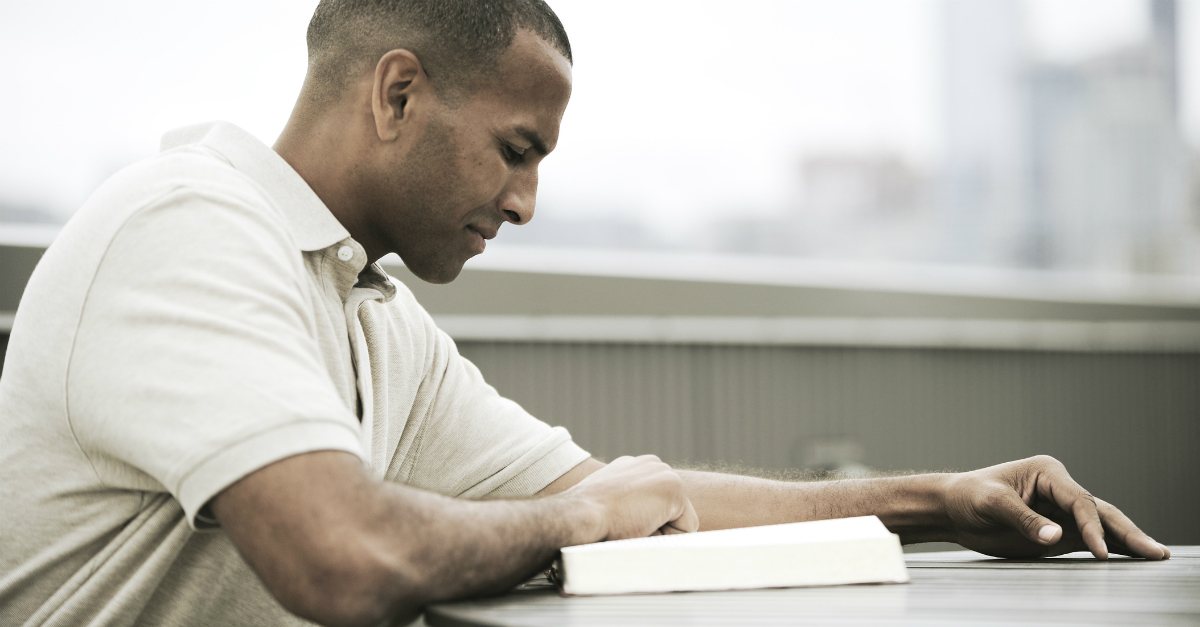 Is God’s Wrath Only in the Old Testament?

Some have gone as far as to say there are two distinct gods, or that the Old Testament god was a young god that operated like the pagan gods (angry and smiting people who so much as looked at him the wrong way) and that the New Testament god had matured and seen the light in a sense—an obviously heretical idea.

1. We do see God’s wrath in the New Testament.

For instance, when Ananias and Sapphira, guided by the Holy Spirit, sell their property to receive more money, they decide to lie to the Holy Spirit and keep the money for themselves (Acts 5:1-11).

Their actions result in God striking both of them dead.

“But what about Jesus?” Some might ask. “He just talked about love. He was a peaceful kind of guy. Doesn’t the Bible call him the Prince of Peace?”

When Jesus encounters thieves and money-changers defiling the temple of God, Jesus flips over tables, makes a whip of cords, and uses that to drive the people out of the temple (John 2:13-17).

That doesn’t exactly fit within our culture’s idea of the loving Jesus.

Nevertheless whether in the temple or when confronting Ananias and Sapphira, God’s wrath is justified.

God sees the sin of a wicked group of Assyrians known as the Ninevites, but when they repent, he does not unleash his wrath (Jonah 3). When Hagar, an Egyptian woman, is sent away into the desert, she fears that she and her son will die of thirst. God shows her that he sees her circumstance and provides a spring of water in the desert (Genesis 21).

He demonstrates how he loves the Israelites through Hosea (Hosea 3:1). No matter how often they turn away from him and pursue idols, he runs after and loves them.

Also, he looks after pilgrims and sojourners such as Abraham, Moses, and after the captives such as Daniel and his friends, and brings them through foreign lands into safety.

One God, one story: told throughout two testaments. 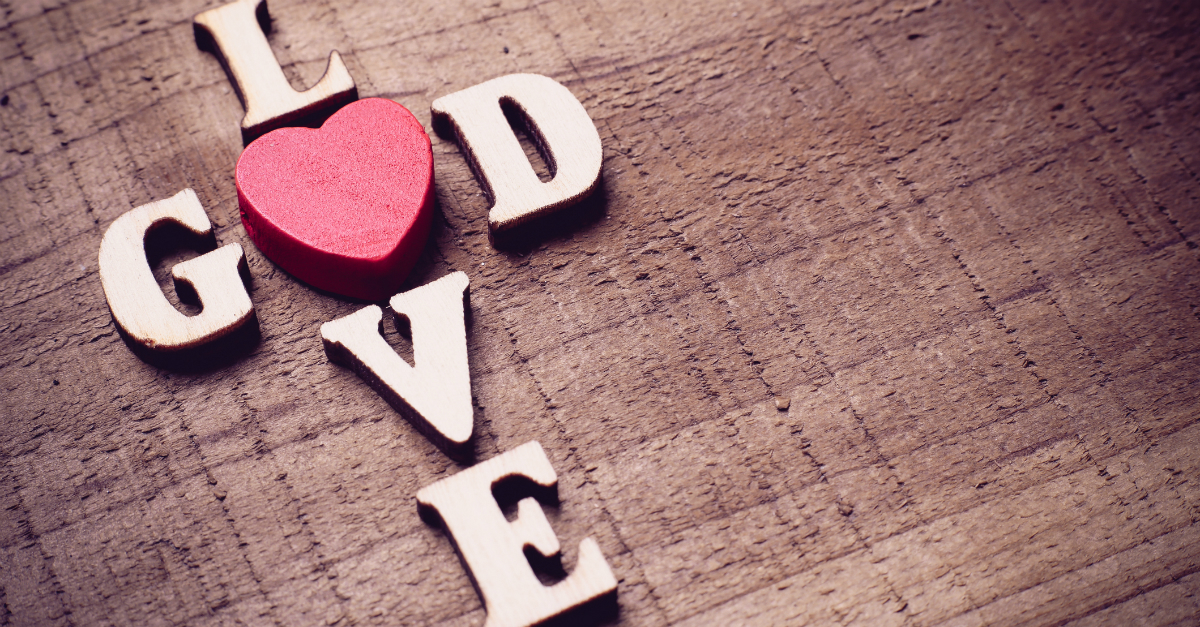 Where Do Wrath and Love Intersect?

Where do wrath and love meet?

When we ask this question, we seem to misunderstand both love and wrath. They are interconnected. God loves us, and God hates sin. Because of God’s holiness and pureness, whenever we sin, we have defiled ourselves and cannot be in the presence of a holy God.

The shock of even brushing against a holy God, sinful as we are, would simply kill us (2 Samuel 6:7).

God wants to live in communion with us, but sin has created a gap between himself and us.

Seeing this gap, God sought to bridge it. He unleashed his wrath, the outpouring of his righteous anger in reaction to the sin of man, on Jesus on the cross. Jesus chose to suffer the wrath for us to pay for the sin.

In doing so, he has paid for the debt our sin has caused and allows us to dwell in the presence of God, if we choose to accept his gift.

“But why did Jesus have to die?” we may ask. “Couldn’t God just simply sweep the knowledge of our sins under the rug and simply allow us to come into heaven?”

We may even point to a parable like Matthew 18:21-35, in which a master relieves a servant of an enormous debt that no man could pay back. However, when we draw examples from stories like these, we forget that someone has to absorb the cost.

Someone has to suffer because of the debt incurred.

Even if God simply “let us into” heaven without someone having paid the debt for our sin, C.S. Lewis shows what exactly would happen if a hell-bound person entered heaven in The Great Divorce.

In essence, someone who has been corrupted by sin and has not received the cleansing grace of God would hate heaven. Lewis shows that sin corrupts, so that even in heaven people would never truly be happy in the presence of God.

He best summarizes this by saying the following: “There are only two kinds of people in the end: those who say to God, "Thy will be done," and those to whom God says, in the end, "Thy will be done." All that are in Hell, choose it. Without that self-choice, there could be no Hell. No soul that seriously and constantly desires joy will ever miss it. Those who seek find. Those who knock it is opened.”

God’s wrath and love intersect at the cross.

Although we have incurred a great debt, Jesus chose to absorb it for us, so we can avoid a fiery fate our sin has created for us. That we have chosen for ourselves.

Why Does God’s Wrath Matter?

It matters that the modern Christian talks about God’s wrath. We cheapen God’s love if we don’t show what fate he has spared us from by dying for our sins and allowing us to come into eternity with him.

By talking about God’s wrath, we understand the gravity of our sins. We realize just how much God had to do to return the prodigals home.

We have a greater understanding of God’s love, and can love him all the more for it.