Peter’s life is, perhaps, the greatest redemption story ever recorded.

Fishermen in his day were considered manly men with hot tempers and vulgar language. They were traditionally uneducated but would’ve had ample wits and survival skills acquired by working hard and braving the seas and fish markets. Fishermen were stereotypically men of action, very physical, and unafraid of others, which Peter demonstrates when he cuts off the soldier’s ear in the Garden of Gethsemane at Jesus’ arrest—a fleshly reaction of violence instead of love as he’d heard Jesus preach for three years.

Yet this simple fisherman’s journey to an apostle of Christ is found throughout the New Testament. According to church tradition, the gospel of Mark is actually a collaboration with John and Mark, who wrote and put it together as a retelling of Peter’s life—a biography of sorts. Then, Peter’s plight of spreading the Good News is found in the Book of Acts, and he wrote two letters to new Christians which were adopted into the Bible.  Pictured below: Peter and fisherman on the Sea of Galilee. 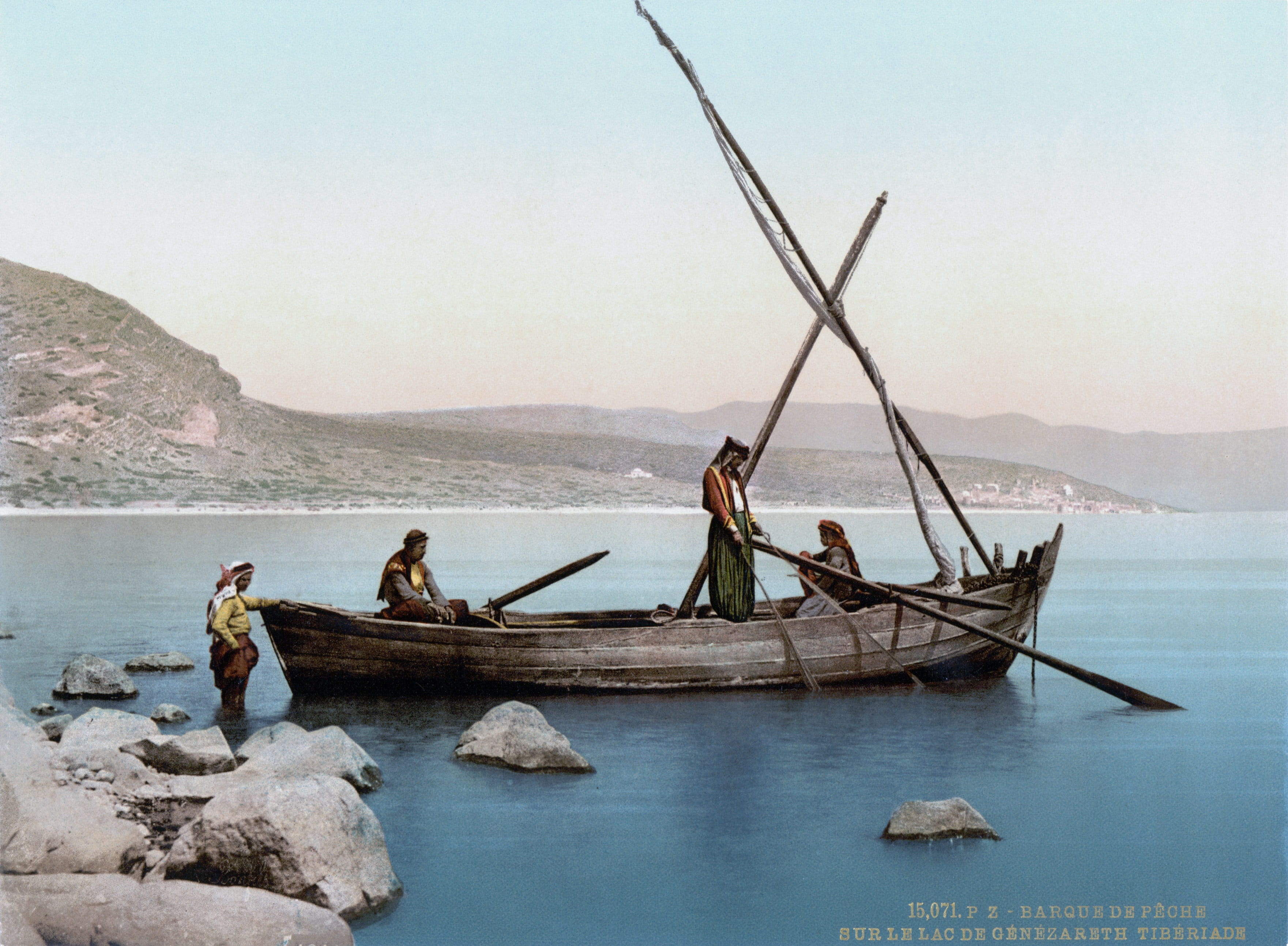 The impact of Peter’s life cannot be summed up in an article or even a few of them, because his influence is rich with knowledge, applicational studies, and relevant messages. But I’d like to present four notable points concerning Peter’s example and ministry. It is my hope these spur you on to do your own study of this complicated and imperfectly perfect man.

Peter was a sinful man, yet he became a part of Christ’s inner circle.

The gospels of Matthew, Mark, and Luke list Peter as the very first disciple called on by Jesus, followed closely by Peter’s brother Andrew, then James and John.

Matthew and Mark’s accounts are an almost identical telling of when Jesus approached their fishing boats. But Luke adds more detail, painting a picture of Peter and Jesus having a sincere moment at the very beginning of their relationship. Upon seeing the miracle of fish on an otherwise barren fishing trip, Peter realizes his sinful state and gives glory to the Lord before him by falling to his knees and exclaiming, “‘Go away from me, Lord; I am a sinful man!’” (Luke 5:8 NIV). Yet Jesus looked at this wicked man and said, “‘Don’t be afraid; from now on you will fish for people.’” (Luke 5:10 NIV).

After His words, Peter and the other three drop everything, including their very identities as fishermen, and begin a beautiful journey with Jesus. Peter continued to make mistakes time and again, but Jesus, as is His nature, loved Peter wholeheartedly and continued to use him in His kingdom’s work. This included Peter’s proclamation that Jesus was the Messiah (Luke 9:20).

Peter is considered a part of Jesus’ inner circle because there are quite a few incidents where only Peter, John, and James were witnesses, including the Transfiguration. This was when Jesus’ physical appearance changed to reveal His divinity (Matthew 17:2), Moses and Elijah appeared in “glorious splendor” before them (Luke 9:30 NIV), and the Father spoke from a cloud saying, “‘This is my Son, whom I am well-pleased. Listen to him!’” (Matthew 17:5 NIV).

Peter’s close-knit relationship with Jesus proves that He longs for an intimacy with His followers—normal, everyday people, like Peter, and like you and me. Seeing how Jesus took an uneducated, sinful man and loved him infinitely gives us assurance He can do this for us as well.  Pictured below: Jesus washing the feet of Peter 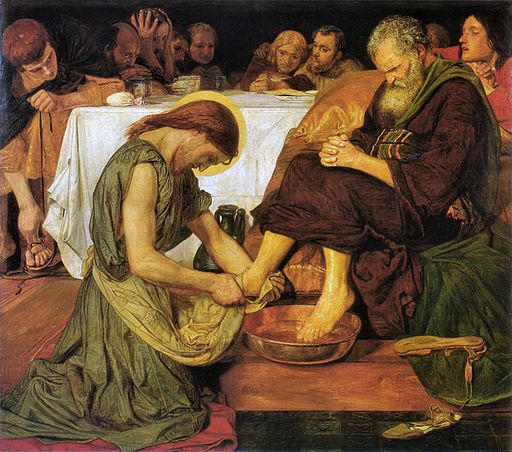 Peter grew in maturity as a follower of Jesus.

During Jesus’ ministry, Peter was a man who wanted a mighty faith but faltered often. He stepped onto the rough sea to meet Jesus walking on water, yet even after safely taking a few steps, he begins to doubt and plunges into the waves. In this passage, Jesus saves him of “little faith” (Matthew 14:31). Later, Peter even rebuked the Lord after He foretold of His death, saying, “‘Never, Lord… This shall never happen to you!’” (Matthew 16:22 NIV). And after Jesus was arrested, before the rooster crowed the next morning, Peter disowned Him three times (Matthew 26:69-75).

Even still, after Jesus’ ascension into heaven, having been restored and forgiven by His Lord, Peter becomes the spokesman for the apostles. This unschooled man spoke with boldness to crowds of thousands, bringing them the Good News and converting them to what we now call Christianity. In his 30-plus years of doing work for God’s Kingdom, he performed many miracles including bringing the dead back to life (Acts 9:36-43). He traveled all over sharing Jesus’ message, enduring persecution, imprisonment, and ultimately death, showing his maturity by living a Spirit-led life.

For in 1 Peter 2:2, Peter, himself, says, “Like newborn babies, crave spiritual milk so that by it you may grow up in your salvation now that you have tasted that the Lord is good.” (NIV). You see, Peter recognized time spent with Jesus should produce maturity in the believer’s relationship as it had with him. This can be evidenced by one’s obedience to His Word and the spiritual fruit one bears. I pray with each passing day my growth in understanding of Jesus strengthens, so He can use me in ministry like He did with Peter.

Peter showed the world non-Jews can be Christians.

The significance of Acts 10 through Acts 11:18 cannot be understated. After a vision, Peter went to the house of a Gentile named Cornelius. At this time, it was “against our (Jewish) law for a Jew to associate with or visit a Gentile.’” (Acts 10:28 NIV). Yet, knowing what the Lord wanted, Peter led Cornelius and his family to Christ and witnessed them receiving the Holy Spirit. Peter then baptized the family in the name of Jesus.

Peter is questioned about this by the Jewish believers. He told them his story, saying, “‘if God gave them the same gift (the Holy Spirit) he gave us who believed in the Lord Jesus Christ, who was I to think that I could stand in God’s way?’” (Acts 11:17 NIV).

Because of Peter’s faithfulness, the Jewish Christians responded by having “no further objections and praised God saying, ‘So then, even to the Gentiles God has granted repentance that leads to life.’” (Acts 11:18 NIV).

Isn’t it amazing? God wanted to be sure the whole world knew that when He gave His life for all, He meant for all. And He used Peter to make this clear, to show us just how big His love is and just how capable His grace is—that it can forgive the sins of all and give all everlasting life. For as the book of Romans 3:22-24 states, “This righteousness is given through faith in Jesus Christ to all who believe. There is no difference between Jew and Gentile, for all have sinned and fall short of the glory of God, and all are justified freely by his grace through the redemption that came by Christ Jesus.”

Peter’s stumble as a Christ-follower doesn’t cancel his identity in Christ.

I don’t believe in coincidences. So when Jesus said the exact same words in His first few sentences to Peter as His last, we should take note. In their first interaction, Jesus told Peter to follow Him (Matthew 4:19). Then after Jesus’ resurrection, and at the special breakfast on the shore where Jesus restored Peter, His last recorded words to him were once again, “Follow me!” (John 21:19).

I can imagine Peter also noticed the repeat of these words. When you follow someone, you imitate what they do from your position behind them. Peter went behind Jesus and shadowed Him, seeking to learn and be like Christ in all his ways. Of course, Jesus is perfect, and therefore Peter would not achieve a perfect imitation on earth, but he dropped everything to try.

Once a decision to follow Jesus is made, He becomes our identity. We are then Christ-followers. This identity trumps our given last name, our title at work, and even our position at the church. We have been made His image-bearers, following behind our Lord.

And the beauty in the repetition of these words is that even when Peter failed Jesus by denying he knew Him, Jesus forgave his offense. Since He took on human form, He understands our weaknesses and pardons our failures when we repent and turn back to Him. Pictured below: Peter denying Jesus 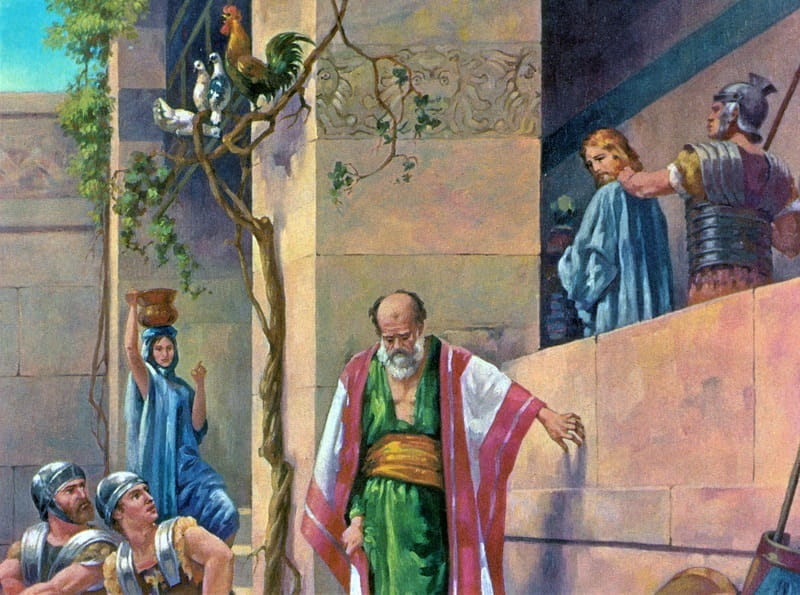 "Upon this rock I will build my church" - Jesus Calls Peter

After this restoration, Jesus gifted Peter back his identity, which was the most important thing about him—His belonging to God.

Jesus reminded Peter of his identity and importance in Matthew 16:18, "And I say also unto thee, That thou art Peter, and upon this rock, I will build my church, and the gates of hell shall not prevail against it." The name Peter means "a rock or stone" - Jesus knew the destiny of Peter!

I am so grateful for my identity in Christ, and I am just as thankful that He forgives me when I mess up. As stated before, our relationship with Christ should mature, and we should gain strength in combating the world and its pitfalls. But how sweet it is that when we do fail, our Lord loves us enough to look into our eyes and tell us again to follow Him.

Kristen Terrette holds a Master's degree in Theological Studies and served as a Children's Ministry Director for five years. She cherishes her Southern roots and currently lives 45 minutes outside of Atlanta, GA. With the support of her husband and two children, she stays at home writing Christian fiction, allowing God to take the story where He needs it to go. She also serves on the women's leadership and teaching team at her church and writes for Wholly Loved ministries at WhollyLoved.com. You can read her personal blog and check out her current novels at www.kristenterrette.com. 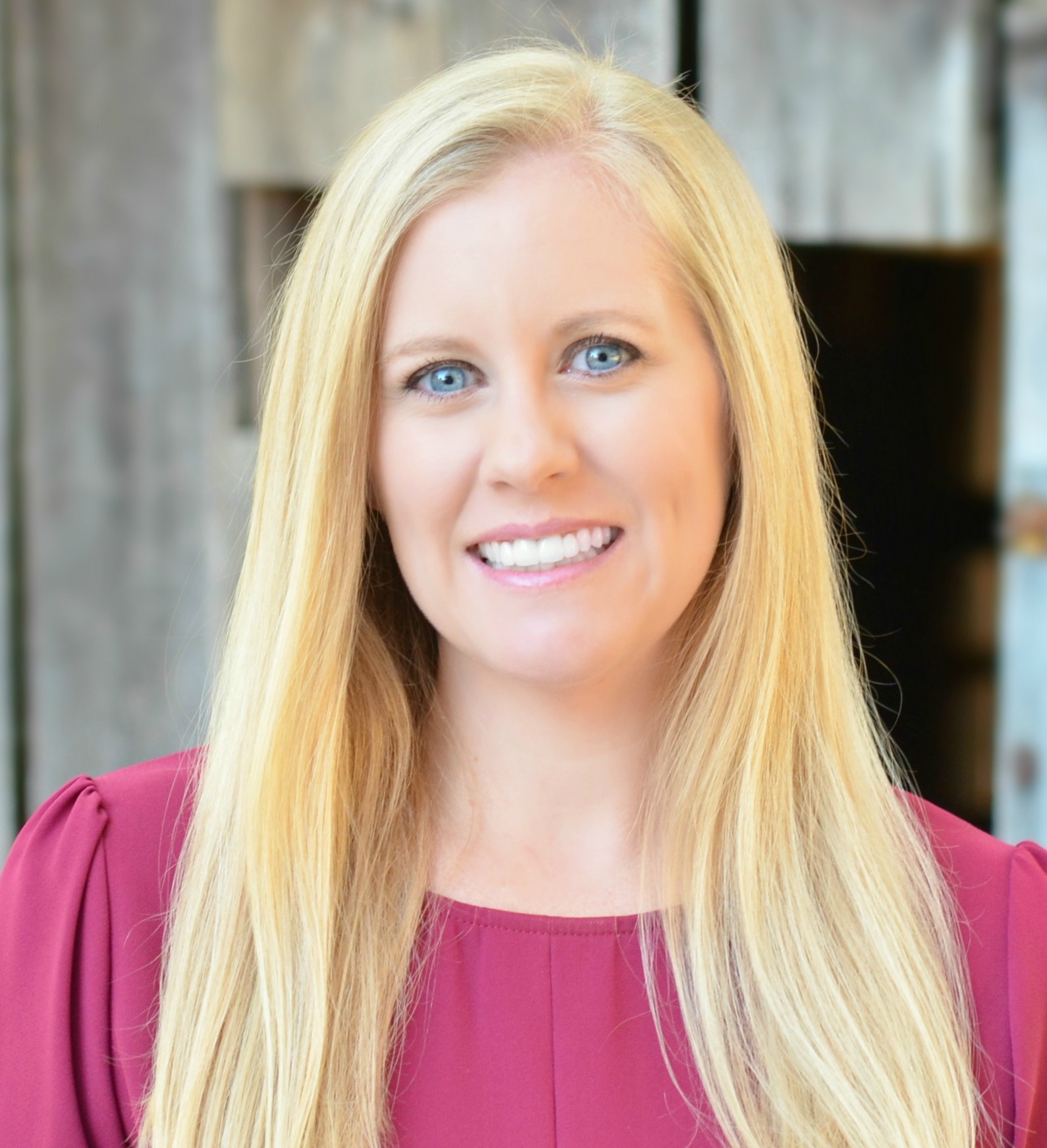 Kristen Terrette cherishes her Southern roots and lives forty-five minutes outside of Atlanta, GA. She served as a Children's Ministry Director for many years, and with the support of her husband and two children, she now stays home writing Christian fiction and non-fiction. She's passionate about storytelling and helping people take their next steps in their relationship with Jesus. She also serves on the women's leadership team at her local church and writes for Wholly Loved Ministries. You can check out her novels and articles at www.kristenterrette.com.