Sometimes it seems as if the generation gap is growing wider and wider. According to one writer on the AARP website, the term “generation gap” was coined by an editor from Look magazine in the 1960’s because he saw a “substantive divide in virtually everything between the young and the old.”

Current news reports seem to reveal an ever-widening gulf between today’s young people in areas such as politics, religion, values, fashion, music, and certainly technology. This generational rift appears to be especially present in the church as well.

In a time when mega-churches are growing in both popularity and notoriety—in many ways because of their goal to attract millennials—there remains a huge number of smaller, traditional churches.

According to a report from the Hartford Institute for Religion, there are approximately 177,000 churches under 100 people, and only about 7,000 churches that average over 1,000 people. Another report stated that the median size of a church in the United States is approximately 80 people.

This statistical evidence seems to indicate that younger people may be attending megachurches, while older people are sticking with traditional churches further increasing the perceived generation gap in the American church.

Is the Generation Gap Worth Another Look?

However, maybe this supposed ministry gap deserves another look. The United States is perhaps on the verge of a seismic shift of cultural influence with the rise of this current generation of young people – commonly referred to as “Generation Z.” Recent research reports that the demographic cohort of Gen Z will grow into this country’s largest generation, bumping millennials off the throne of societal impact. Perhaps this phenomenon will provide an opportunity for connecting the generations in the church.

In many church programs, the older adults are separated almost exclusively from younger people. Children and teenagers meet in their own locations, while senior citizens gather somewhere else with other older adults. This segregation often leads to a distrust of each other, an over-emphasis on external things, and even a critical spirit toward each other.

So often when churches isolate the generations from each other, the older members tend to exhibit a, “Kids these days!” mentality of cynicism toward students and emerging adults.

According to two recent significant studies (Growing With: Every Parent’s Guide to Helping Teenagers and Young Adults Thrive in their Faith, Family, and Future by Kara Powell & Steve Argue; and Faith for Exiles: 5 Ways for a New Generation to Follow Jesus in Digital Babylon by David Kinnaman & Mark Matlock), members of this new generation are much more likely to value the mentoring influence and intergenerational connections from older people than were other generations.

Gen Z is a generation that craves significant relationships with older adults. This positions godly older adults in the church to develop positive intergenerational connections with younger people. In fact, the rise of this generation of young people gives senior adults in the church a tangible opportunity to look for intentional and specific ways to encourage younger people in their relationship with Christ.

So, how can older adults encourage young people to walk with God? Here are seven tangible action steps to consider:

Probably the most important thing any older adult can do for the young people in their church is to pray for them specifically—by name. It has been said that, “Prayer moves the heart of God.” It’s also true that the practice of prayer produces a burden in the heart of the person praying. This is especially true in the church.

Some churches provide a prayer list of the names of the younger generations for this purpose. One church made baseball card-sized prayer cards for each young person and distributed those cards in the senior citizens’ Sunday School class.

Another church made a slide presentation of digital pictures of each young person and showed the presentation prior to church services for the purpose of generating prayer. Specific ideas abound. The important thing is for older adults to pray specifically for the church’s young people. 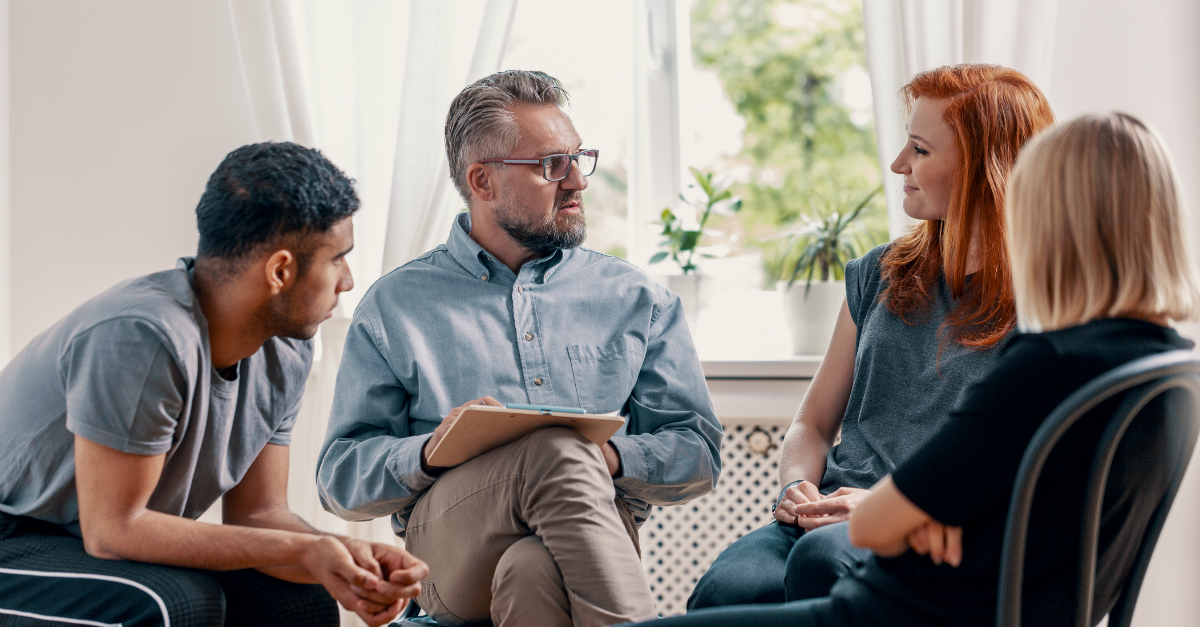 Prayer is critically important of course, but it’s also essential for older people to be intentional about developing growing and loving personal connections with younger people in the church. Genuine and constructive intergenerational relationships most often start when the older people express their loving concern for the younger generations.

These relationships can simply begin in the church foyer by greeting younger people and by simply taking the initiative to get to know them as individuals. Real relationships grow over time, so elders must not get frustrated by a perceived “stand-offish” attitude on the part of adolescents in the beginning. Members of this new generation will appreciate it when godly and caring older adults demonstrate a concern for them, their lives, and their activities.

3. Edify and Build Them up Spiritually

There are too many discouragers in the church. Today’s young people do not respond well to criticism and negativity, but will be inspired by the positive and edifying actions of older adults. Members of Gen Z desperately need older adults to be mentors and encouragers who actively seek to build these emerging adults up spiritually.

These actions do not necessarily require a huge commitment from seniors. Young people appreciate receiving simple notes, cards, e-mails, or other forms of tangible expressions of support. They love it when the church’s older people are their cheerleaders—edifying them and building them up in their walk with God.

One of the key ways for older people to encourage younger people is through the practice of mentoring. Seniors may think they do not have adequate energy or resources to be effective mentors, but the best mentoring is not necessarily a commitment of extra time. Mentoring can basically be doing what you already do, just inviting someone younger to learn it from you. 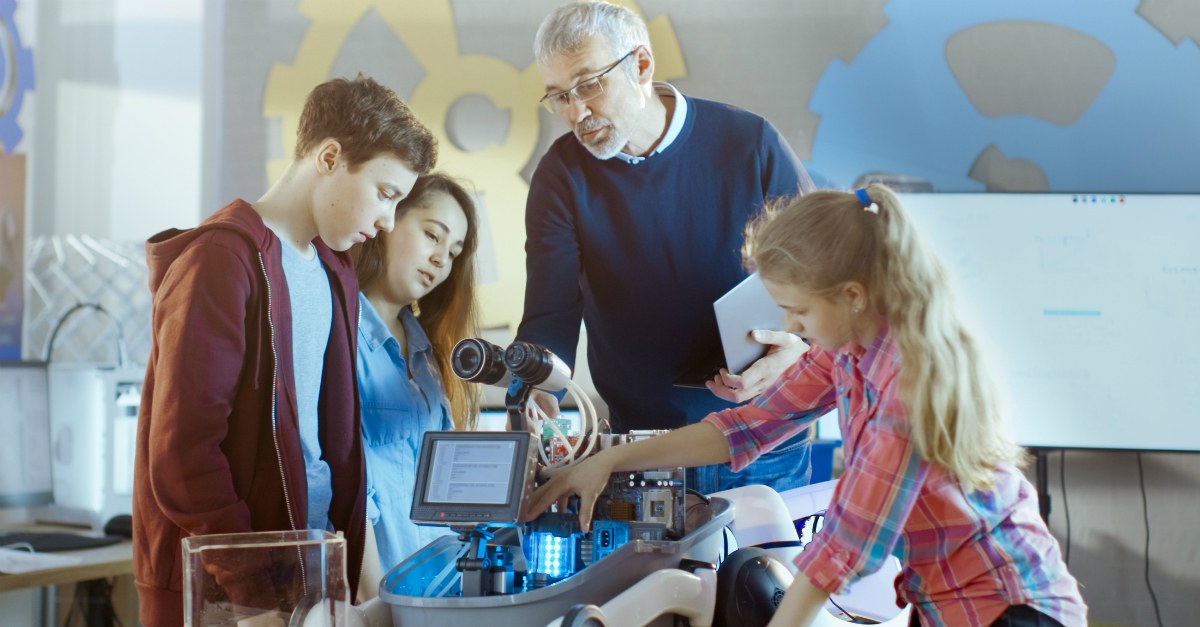 Older people often have the time available to serve as mentors for younger people. They can seek to identify things they might have in common with them (for example: geographical proximity, vocational similarity, shared life experiences, comparable interests, etc.) These commonalities can provide springboards for growing mentoring connections and can supply the opportunity for what the Bible describes in Titus 2:1-8 to happen.

There are two significant Biblical accounts that demonstrate the importance of older generations sharing “God stories” with young people. One is found in Joshua 4 where the nation of Israel crosses the Jordan River into the promised land. Each tribe of Israel was instructed by God to place a stone on the riverbank as a memorial for what God has done for them. Joshua 4:6 and Joshua 4:21 provide the explanation of the purpose for this memorial. It would be natural for the children “in times to come” to ask about the meaning of the stones. The elders were to tell them the miraculous works God had done for them in the past.

The other account is found in Psalm 78:7, where elders are instructed to tell the generation to come not to “forget the works God.” The remainder of that Psalm gives an overview of what God had done for Israel in their history.

Older people should take every opportunity they can to tell God stories to younger generations. These accounts will remind young people that the church is all about what God has done. It can encourage them to look for God to do other great things for them in the future. This endeavor should be practiced intentionally, where older people look for informal ways to share their stories with young people.

6. Invest in Their Lives

Younger people today crave growing connections with older people. These positive relationships can begin with simple investments by older people in their lives. This doesn’t mean necessarily an outlay of money—although in some cases that might be appropriate. More likely, it could be an investment of time shared together around a plate of cookies and a cup of coffee, in the sending a simple “I’m praying for you” card, or sitting together during a church fellowship time.

7. Give them Space to Be Involved and Lead in Church

There is one final way that is imperative for older people to do, that will encourage young people to stay involved in church and to go on in their lives for Him: give them space to be involved and to ultimately serve as leaders in the church.

As people age, it often becomes difficult for them to admit that they are becoming the older generation and that they will become less active and less involved in the church as they once were. This perhaps is especially true with retiring Baby Boomers. For some reason, Boomers do not like to give up their influence or control over the work of the church.

Older believers can be greatly used by God to encourage emerging generations to be involved in specific ways in the life of the church. Of course, older Christian may need to realize that younger people may have a different outlook and that they may do things differently than they did. As Christ tarries, church functions will undoubtedly look differently from generation to generation.

Members of Gen Z are looking for ways to get involved. Their involvement will be imperative for the lasting effectiveness of the church.

Mel Walker is the president of Vision For Youth, Inc., an international network of youth ministry, and he is also is the youth pastor at Wyoming Valley Church in Wilkes-Barre, PA. Mel has been actively involved in various aspects of youth ministry for over 40 years. He is also an author, speaker, and a consultant with churches. More information about his speaking and writing ministry can be found at: www.GoingOnForGod.com. Mel has written 12 books on various aspects of youth ministry, plus he speaks to hundreds of teenagers and parents each year. Mel & Peggy Walker are the parents of 3 adult children – all of whom are in vocational ministry. You can follow him on Twitter: @vfyouth.