How to Share Your Faith with Friends of other Faiths

How to Share Your Faith with Friends of other Faiths

The Great Commission can sometimes intimidate. In the closing of Matthew’s Gospel, Jesus charges the 11 disciples in continuing His earthly ministry by making disciples of all nations and teaching them to obey His commandments (Matthew 28:18).

Even though Jesus stood before them with all authority on heaven and earth to give such a commission, I imagine the disciples may have felt somewhat overwhelmed with the responsibility and possible ramifications of that task.

After all, just a few chapters earlier in Matthew 24, Jesus promises that they will be hated by all nations for His name’s sake.

Overwhelming anxiety can surface when I’m presented with an opportunity to share the Gospel of Jesus Christ.

I can discuss and pore over the scriptures until midnight with my small-group brothers and sisters, but when it comes to sharing with friends or coworkers that aren’t found in Christ, it’d difficult to find a way to naturally work Gospel truth into a conversation.

They could possibly laugh or scoff, or your relationship with that person might sour because of their resistance to the truth you’ve shared.

How does one graciously, but sincerely, tell someone of another faith that the god they believe in is simply idolatry veiled in a false deity?

I think the key in doing this rests in the promise that Christ subsequently gives after the commission—And behold, I am with you always, to the end of the age (Matthew 28:20b). This sovereign promise is what fuels the boldness of the spread of the Gospel.

Isn’t it amazing to know that the true Lord of Lords is with us as we’re advancing His kingdom?

As we bravely go out into the world and turn it upside down for the sake of Christ (Acts 17:6), Christ is with us always. His hand is sovereignly placing us in situations where He will use us to spread the truth about Him, but He doesn’t just simply leave us there.

God is at work in the unbeliever’s heart. He is calling the unbeliever out of the grave— once dead in sin, now alive in Christ (Ephesians 2:1-10).

The power of the Gospel holds true.

For I am not ashamed of the gospel, for it is the power of God for salvation to everyone who believes, to the Jew first and also to the Greek. – Romans 1:16

In this text, Paul is arguing that the power of the Gospel is true for every believing person, regardless of what god they worshipped in their sin. The Spirit regenerates His people upon hearing the same Gospel that has been preached since Christ ascended to the right hand of the Father (see Mark 16:19).

I believe there are several reasons why Paul specifically arranged it “Jew first and also to the Greek,” but one major reason is to include the fold of Christ that currently worshipped false gods. The purpose of separating the two was to point out that God’s chosen people spanned across the entire globe, regardless of false religion (see Matthew 24:14).

Most of the Roman citizens in Paul’s time were polytheistic, meaning they worshipped many gods. Imagine the daunting pressure of attempting to convince devout Greeks that all their gods were false, that the God of Israel is the one true God, and that He sent His Son into the world to be the propitiation for His people.

Being led by the Spirit, Paul was eager to do just that. He knew that the truth of Jesus and His redemptive act on the cross was sufficient for the regenerating power of the Holy Spirit to quicken the unbeliever’s heart.

This is still true for the church today as we share the Gospel.

Everyone knows about God.

For the wrath of God is revealed from heaven against all ungodliness and unrighteousness of men, who by their unrighteousness suppress the truth. For what can be known about God is plain to them, because God has shown it to them. For his invisible attributes, namely, his eternal power and divine nature, have been clearly perceived, ever since the creation of the world, in the things that have been made. So they are without excuse. For although they knew God, they did not honor him as God or give thanks to him, but they became futile in their thinking, and their foolish hearts were darkened. – Romans 1:18-21

If we believe Paul in Romans 1, we would be confident in knowing that the true God of the universe has revealed himself to the Muslim, Hindu, or agnostic/atheist.

However, in their unrighteousness, they have suppressed that truth and have given themselves over to false gods. This is a key thing to remember when preaching the Gospel. There is a reason that the only God that anyone in the world ever gets angry at is the one true God.

Sometimes I partner with a street-preaching ministry that is focused on abortion clinics. We’re often met with strong opposition from employees and patients as we plead for the lives of the unborn. Something I’ve noticed while preaching to some of these people is how angry they get when faced with their sin. They suppress the truth that they are breaking God’s law and they are at war with Him.

I recall one atheist angrily telling me that my God was the only God that ever provoked him—Pretty amazing for a God that he claimed didn’t exist.

If there is one thing I’ve learned from that ministry—the Gospel offends (1 Peter 2:7-8).

Even though Christians are sometimes met with militant opposition, we are to trust in the sovereignty of God through it all. With gentleness and respect to those of other faiths, we give a defense of the hope that we have in Jesus—the hope that no other god can offer (1 Peter 3:15).

We take them by the hand and lead them through the darkness of their false gods and into the light of Christ.

Do all paths lead to God?

The universalist belief that all religions are fundamentally the same, and that they follow different paths that all eventually lead to God is extremely popular, but dangerously false.

Even though we were completely depraved, wicked, and dead in our sin, God, because of His rich love and mercy for us, made a way for His people to stand righteous before Him. (see Ephesians 1:2-10)

When we realize just how sinful we are, it truly is a miracle that there is even one way provided for us to be made right in the sight of a holy and just God. You will not find a more merciful and loving God than the God of the Bible.

Do people of other religions avoid God’s wrath?

“for all have sinned and fall short of the glory of God, and are justified by his grace as a gift, through the redemption that is in Christ Jesus, whom God put forward as a propitiation by his blood, to be received by faith. This was to show God's righteousness, because in his divine forbearance he had passed over former sins.” – Romans 3:23-25

The problem isn’t that the wages of believing in other religions is death, but the wages of the sin that we are all born into is death. We must boil it down to the real problem that all of humanity faces—our sin. We are all guilty of breaking God’s law given to us through His Word. Likewise, we all, by nature, deserve God’s wrath and punishment.

The drive of other religions in the world is for us to strive to be good enough.

What God says is that none of us are good enough, but He is! If we lay aside our false idolatry and false gods, place our faith in Christ, He is faithful to forgive our sins and clothe us in His righteousness.

Some Christians might call the warning of the wrath of God to those of different faiths to be unloving, but there is no love in watering down this truth for unbelievers. Without the natural condition of our sin and God’s wrath, the Gospel is pointless.

Store up God’s Word in your heart. It’s crucial for welcoming others.

Do not be conformed to this world, but be transformed by the renewal of your mind, that by testing you may discern what is the will of God, what is good and acceptable and perfect. – Romans 12:2

To give a defense of our faith in Christ, we must know the Word of Christ. I’m terrible at memorizing things—especially scripture. However, it’s amazing how The Spirit will remind you of a verse that you’ve memorized, meditated on, and filed away in your brain during a time of need.

Stay strong in your faith in Christ. Know what you believe, why you believe it, and how to effectively present that truth to others in gentleness and respect.

Topher Lee Haddox is a grace-addicted husband, daddy, and wretched sinner utterly dependent upon the cross of Christ. Born and raised in Louisiana, he thoroughly enjoys spending time in the great outdoors with his family. He has a deeply ingrained passion for worship and feeding others the Word of God. His work appears regularly on Crosswalk.com. Be sure to visit his blog at https://topherhaddox.com. 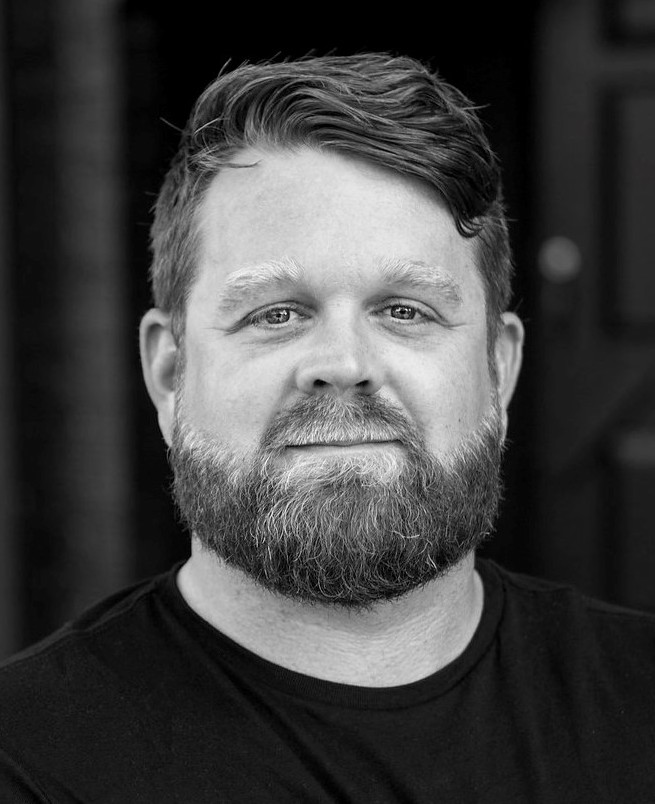 Topher Lee Haddox is a grace-addicted husband, daddy, and wretched sinner utterly dependent upon the Cross of Christ. Born and raised in Louisiana, he thoroughly enjoys spending time in the great outdoors with his family. He has a deeply ingrained passion for worship and feeding others the Word of God. His work appears regularly on Crosswalk.com. Be sure to visit his blog at https://topherhaddox.com