I get asked that question or some version of it quite often. Truth be told, I’ve asked it a few times myself. You’ve probably asked it as well. I was taught from childhood that sin offends God, so I should avoid sin in order to avoid offending God. But I wasn’t always sure where enjoyment ended and sin began.

It’s human nature to want to know exactly where the okay and the not okay lines are so we can snuggle up as close to not okay as possible without actually not being okay. I didn’t want to be guilty of a sin. But I sure as heck didn’t want to miss out on anything that wasn’t off-limits.

Why are we really asking about sin?

In the stream of Christianity I grew up in, sin avoidance was pretty much our guiding light. As I understood it, as long as I wasn’t breaking one of God’s rules, I was good with God and God was good with me.

I was far more concerned about how my behavior affected my standing with God than I was about how my behavior affected anybody else. After all, the Bible says pleasing God is more important than pleasing people. Which led me to conclude that if I sinned against you and asked God to forgive me, everything would be good between God and me even if things weren’t good between you and me. I could have a clear conscience with God while continuing to avoid you in the grocery store.

Seeing as I couldn’t see God’s body language and facial expressions, I was often left wondering and guessing how he felt about my behavior. Thus all the questions regarding what does and doesn’t constitute sin. But wondering how close we can get to sin without sinning is tantamount to asking how far away from God we can get without losing contact altogether. It’s a flawed approach to faith to be sure, but it’s so common.

I want to suggest an alternative question. A better question.

It’s a question that introduces inescapable clarity to just about every moral, ethical, and relational decision we will bump up against. This question takes us to the heart of Jesus’ new command—the standard by which we are to evaluate our behavior, conversations, and attitudes. Here it is:

What does love require of me?

This clarifying but terrifying question should stand guard over our consciences. It should serve as guide, signpost, and compass as we navigate the complexities of our cultural contexts. It should inform how we date, parent, boss, manage, and coach. It should form a perimeter around what I say and do in my role as husband, pastor, and neighbor.

This question gives voice to issues where our New Testament is silent. It fills the gaps with disquieting precision. It quashes the insipid justification, “But the Bible doesn’t say there’s anything wrong with ______.” It closes loopholes. It stands as judge and jury. It’s so simple. But it’s inescapably demanding.

There are many things the New Testament doesn’t directly address. That shouldn’t surprise or concern us. Why? Because Jesus’ overarching ethic of love intersects with every imaginable scenario. As followers of Christ, we are under his new covenant. And the new covenant answer to why we do or don’t do something is always:

“That’s what love requires of me because that’s what’s best for them.”

If you were doing a Q&A with a group of thirty high school students, how would you answer the following three questions?

If your go-to answer to the question why begins with “The Bible says” or “Scripture teaches,” I understand. But consider this: Christians don’t “not lie” because the Bible says not to lie.

What’s true for lying holds true for gossip, adultery, stealing, and premarital sex as well. Christians have declared these things off-limits as far back as the first century, hundreds of years before the canon was established and our Bible was assembled. So how would you respond to a seventeen-year-old who wants to know why he shouldn’t lie to a teacher or his parents?

There are at least three reasons Christians shouldn’t lie.

This same line of reasoning holds true for gossip, stealing, cheating, defrauding, adultery, and all forms of immorality. I don’t need a verse that references pornography directly to know media that dishonors my wife, undermines the integrity of our relationship, or has the potential to compete for mastery of my life is off-limits. Why? Because I know what love requires of me.

Do you know why a twenty-two-year-old college sophomore shouldn’t pressure his girlfriend for sex or for anything she’s uncomfortable with? Because pressuring anyone for anything that dings their conscience is dishonoring. Love says, “I’ll respect your standards because they’re your standards whether they’re mine or not and regardless of whether they make sense to me or not.” Love says, “I would never want you to violate your conscience for my satisfaction.” Love says, “You first, me second.”

But what if it’s consensual and sexual? What if she suggests it and he’s all for it? Is that a sin? If so, why? What do you say to that? The Bible says? The Scripture teaches?

The behavioral standard for Christians is straightforward: If it’s not good for them, it’s sin. We don’t need chapter and verse. We have something better. We have Jesus’ new, all-encompassing, inescapably simple command.

We are to do unto others as our heavenly Father through Christ has done unto us. He did what was best for us when he sent his Son for us. We, in turn, are to do what’s best for others. Even when less than what’s best is embraced as acceptable by the others.

Andy Stanley is the founder and pastor of North Point Ministries, which consists of six churches in the Atlanta area and a network of more than 70 churches around the globe that collectively serve nearly 118,000 people weekly. He is also host of Your Move with Andy Stanley and author of more than 20 books. His new book is Irresistible: Reclaiming the New that Jesus Unleashed for the World (Zondervan). Visit his website at www.AndyStanley.com/Irresistible. Follow him on Twitter (@AndyStanley), Facebook (@AndyStanleyOfficial), and Instagram (@andy_stanley). 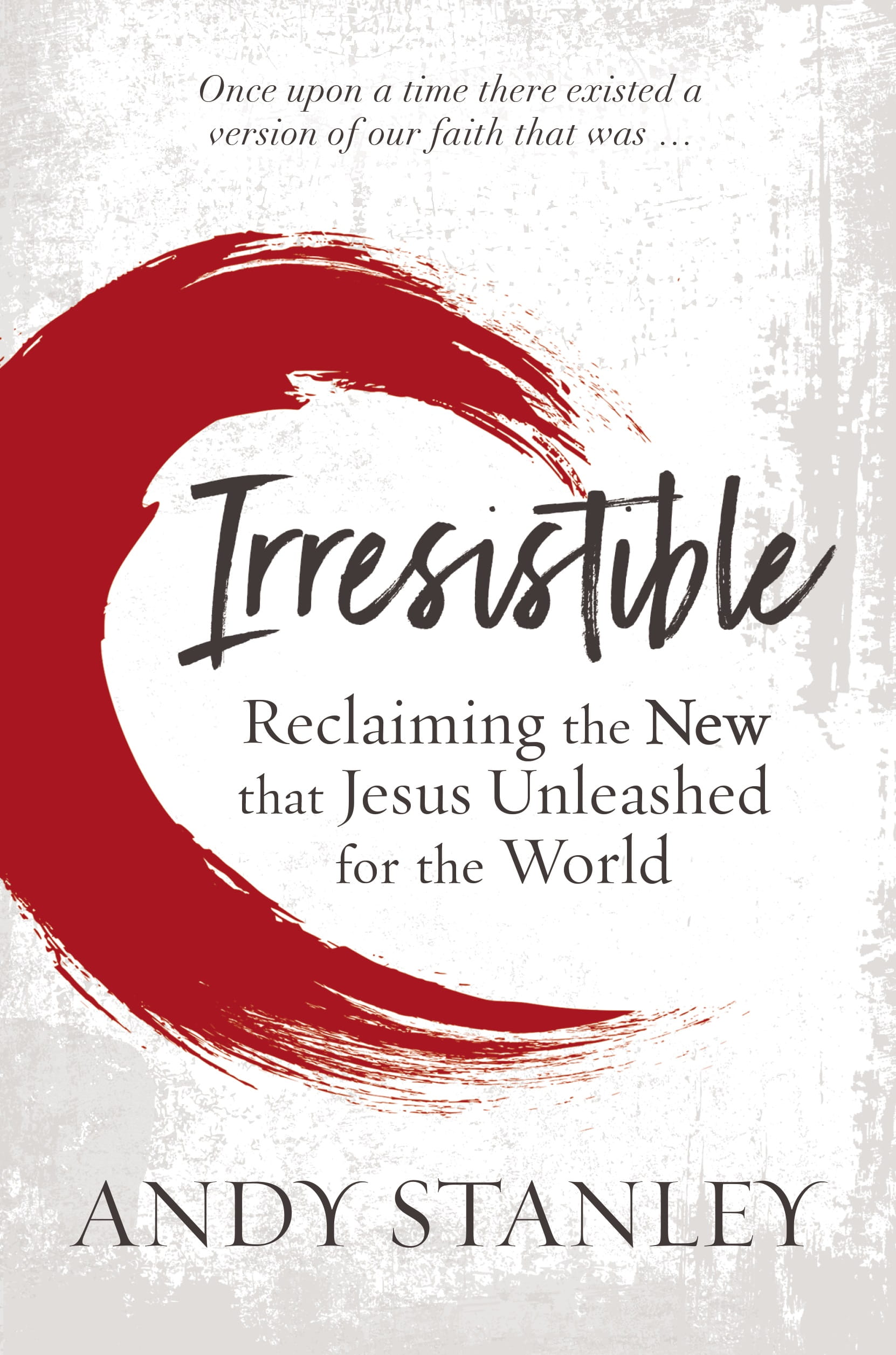 Irresistible: Reclaiming The New That Jesus Unleashed For The World. Two thousand years ago, Christians risked persecution and death for the sake of their faith. What would happen if 21st-century believers followed their lead? Taking you back to a time when Christianity couldn't be ignored, marginalized, or eradicated, Stanley shows how the early church turned the world upside down---and how we can recover that same faith. Available for purchase here.