Is it Always Sinful to Lie?

Is it Always Sinful to Lie?

Have you ever heard the old adage, “Whoever says he doesn’t lie is a liar?”

As imperfect humans, we all lie. It almost seems that we can’t help ourselves, whether we’re embellishing stories for our friends or we’re covering up past sins.

But are lies - whether big or little - actually sinful and wrong? Or is lying just one of those things people do?

What is the Biblical Definition of ‘Sin?’

The Bible describes sin in many ways. One way is as a transgression against or violation of God’s law (e.g. 1 John 3:4). Another is as rebellion against God (Deuteronomy 9:7, Joshua 1:18).

However, these definitions don’t seem to fully encompass the breadth of sin. Romans 3:23 may give us a clue: “For all have sinned and fall short of the glory of God.”

To sin is to fall short. Sinning doesn’t just mean committing crimes, like theft and murder. It also means not doing things that are good. To sin is to miss the standard of perfection set forth by God and lived out by Jesus.

Now that we have a working definition of sin, is lying a sin? 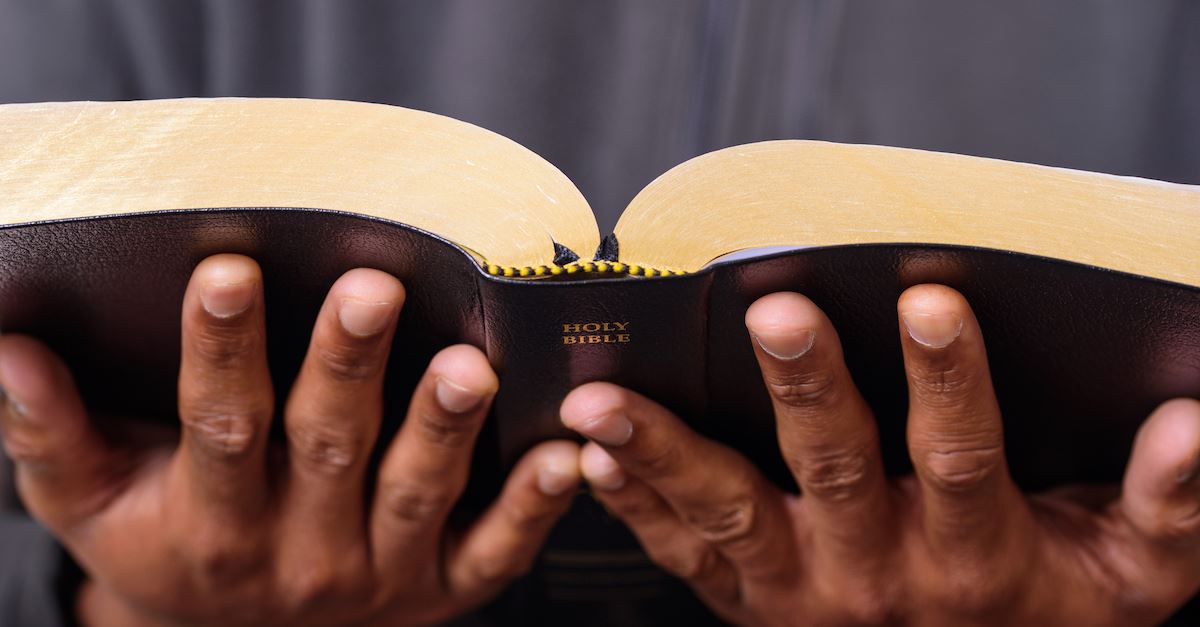 What Does the Bible Say about Lying?

The Bible has a lot to say about lying. It’s helpful to look at a few specific verses in context.

God is not human, that he should lie, not a human being, that he should change his mind. Does he speak and then not act? Does he promise and not fulfill? (Numbers 23:19)

God did this so that, by two unchangeable things in which it is impossible for God to lie, we who have fled to take hold of the hope set before us may be greatly encouraged. (Hebrews 6:18)

These two verses reveal that not only does God not lie, but it is impossible for God to lie. If sinning is missing God’s mark, then we miss God’s mark of not lying when we tell falsehoods. This points to an answer to our question of whether lying is a sin:

There are six things the Lord hates, seven that are detestable to him: haughty eyes, a lying tongue, hands that shed innocent blood, a heart that devises wicked schemes, feet that are quick to rush into evil, a false witness who pours out lies and a person who stirs up conflict in the community. (Proverbs 6:16-19)

Interestingly, these verses differentiate between “a lying tongue” and “a false witness who pours out lies.” The Lord was so vehemently against lies in general and false witness (gossiping, lying in court, lying in a way that hurts others) that Proverbs includes them as two out of seven things that the Lord hates.

You belong to your father, the devil, and you want to carry out your father’s desires. He was a murderer from the beginning, not holding to the truth, for there is no truth in him. When he lies, he speaks his native language, for he is a liar and the father of lies. (John 8:44)

These harsh words from Jesus were directed toward Pharisees who were accusing him of lying about His identity, and claiming they were true followers of God. The important part for us to note, however, is what Jesus says about the devil.

Jesus calls the devil “the father of lies” and He says that those who lie “belong to [their] father, the devil.” If lies are directly related to the devil, we had better take note.

But the cowardly, the unbelieving, the vile, the murderers, the sexually immoral, those who practice magic arts, the idolaters and all liars—they will be consigned to the fiery lake of burning sulfur. This is the second death. (Revelation 21:8)

This passage follows a beautiful description of the new heaven and the new earth, where there will be “no more death or mourning or crying or pain” (Revelation 21:4). However, there are some who will not be welcome, including all liars. God finds lying a lake-of-burning-sulfur-worthy offense.

Do not lie to each other, since you have taken off your old self with its practices. (Colossians 3:9)

Christian community can’t flourish among lies. As the body of Christ, we must all work together as one, which is impossible when deceiving one another.

A fortune made by a lying tongue is a fleeting vapor and a deadly snare. (Proverbs 21:6)

Proverbs is known as a very practical book of the Bible. This verse gives a no-nonsense reason why building anything on a foundation of lies is a bad idea: lies don’t last. Like a fleeting vapor, someone is going to see through the lies. You will eventually be caught, and everything will come to ruin.

The Lord detests lying lips, but he delights in people who are trustworthy. (Proverbs 12:22) 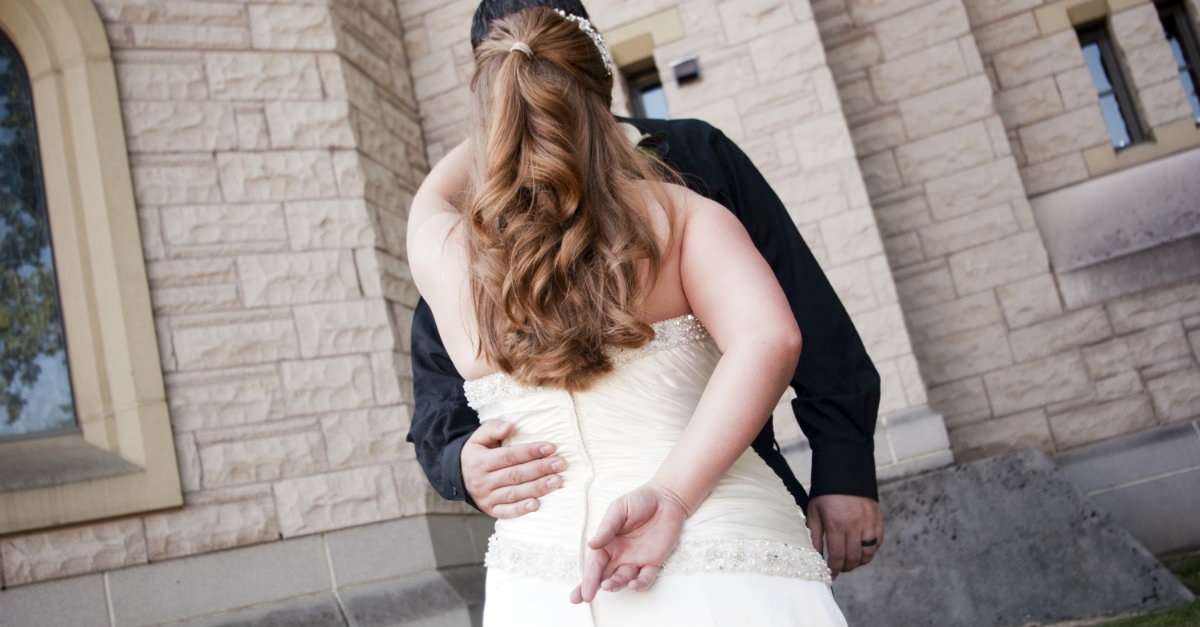 Is it Ever Acceptable for Christians to Lie?

Lying is ingrained into human beings. By the age of four, 90% of children have grasped the concept of lying, according to a study conducted by the Institute of Child Study at Toronto University, while 20% of two-year-olds lie.

According to a 2002 study conducted by the University of Massachusetts, 60% of adults couldn’t hold a 10-minute conversation without lying at least once.

Unfortunately, the more a person lies, the easier—and more tempting—it becomes. A 2016 study conducted by Nature Neuroscience showed that dishonesty actually alters a person’s brain at a chemical level, making it easier to lie in the future, and making a person more prone to tell even bigger falsehoods.

Why is lying one of the most common sins? Lying is relatively easy; most lies never get caught. Many lies we tell also feel innocent enough: an abridging of the truth to make a story easier to tell, a little extra boost in a recounting of our activities to make us seem like better people, saying we’re fine when we’re not, even giving someone a compliment that isn’t truly what we’re thinking. We tell these lies so often that we don’t feel that prick of conscience we feel from “bigger” lies or more obvious sins.

However, Jesus never differentiated about degrees of sin. He told a crowd that just being angry with someone was as bad as murdering them (Matthew 5:21-22), and that just looking at someone lustfully is the same as adultery (Matthew 5:27-28). There are no “white lies.”

The first lie in the Bible came from Satan himself when he was tempting Eve. He first asked a deceptive question:

God, in fact, did not say that. He only said they must not eat from one particular tree.

But the seed was planted. Eve started exaggerating, too:

God did say, ‘You must not eat fruit from the tree that is in the middle of the garden, and you must not touch it, or you will die.’ (Genesis 3:3)

In reality, God never said anything about touching the tree.

Satan went on. “You will not certainly die” (Genesis 3:4). Instead, Satan said, God was holding out on them; if they ate the fruit, they would become like God.

And so Eve believed the lie. And sin, death, and destruction came into the world.

All bad things began because of a lie. False words are powerful. 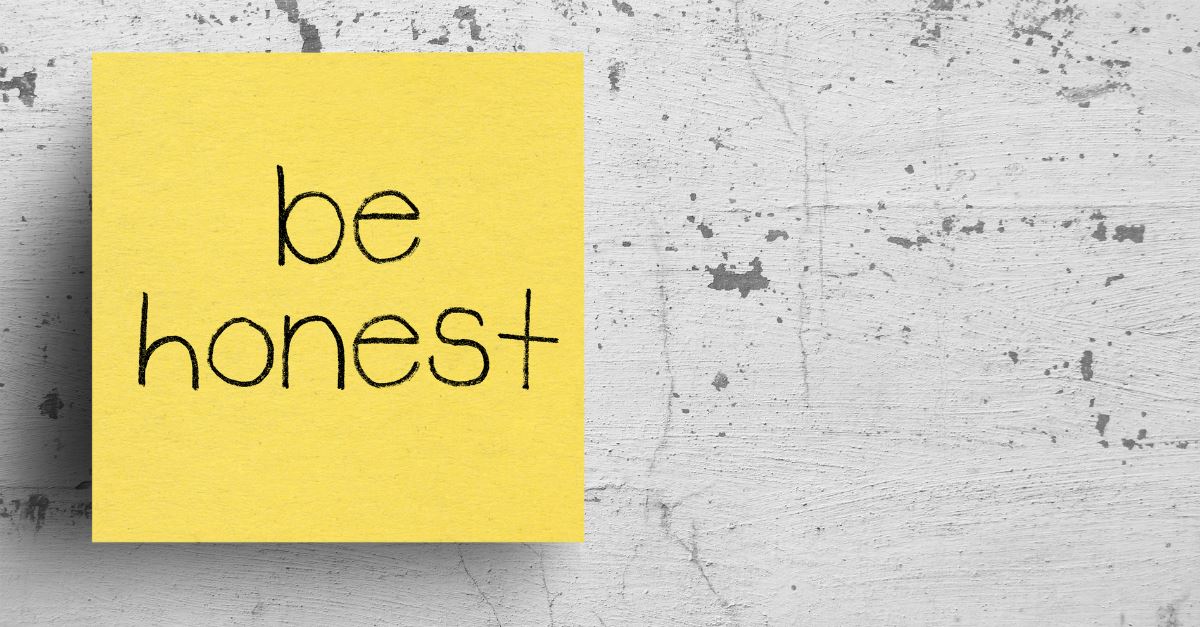 If God Cannot Lie, Why Can Humans?

In short, we are capable of lying because we are imperfect. Lying is a sin, and so is only something that can be done by a morally imperfect being.

God, however, is perfect. Lying is a sin, and thus imperfect. Because of this, God cannot lie and still be perfect. It would be contradictory to His own nature.

This should give us great comfort. We can know, at all times, that God is never lying to us. We know that all of His promises will certainly come true.

Imagine a God who lied. We would have no assurance that we are actually saved, that things will actually turn out right in the end, or that God is good. The fact that God does not and cannot lie is one of the very things that makes Him God.

What Should Christians Remember before Choosing to Lie?

If we are attempting to follow in Christ’s steps, and God does not lie, it follows that to live like Jesus did, we should not lie.

Even when Jesus was taken before a corrupt court, He refused to lie. He continued to tell the truth that He is the Son of God. For this, He was put to death. At the time, it probably seemed to many that He should have lied and gone free. But the fact that Jesus told the truth even in this terrible situation is the very reason that we have the hope of salvation. His truth-telling paved the way for Him to conquer sin and death.

Sometimes we might think a lie will bring about a greater good. But the Bible never says, “Don’t lie unless you think it will be beneficial.” It is a blunt, unequivocal “don’t.”

Jesus didn’t lie, and He saved the world. The martyr Stephen in Acts 6-7 could have lied about being a Christian, but he didn’t, and he was stoned to death for it. However, God used this to send the Gospel to the Gentiles and even reach out to the apostle Paul, at the time one of the onlookers was condemning Stephen to death. Meanwhile, Stephen received a glorious vision of heaven right before his death and went to be with his God.

Ultimately, lying shows that we do not trust God to take care of us. In our own pride, we think we can maneuver a situation by ourselves toward our best interest, or even for the greater good.

Instead, we must cling to the truth, do what God has commanded, and trust Him to take care of the situation.

The Bible makes it clear that God detests lying. Proverbs 12:22 reminds us that the Lord “delights in people who are trustworthy.” Lying hurts our relationship with God and with others. And yet, as sinners in need of a Savior, we all have the ability and propensity to lie.

Instead, the Bible calls us to live in honest fellowship with one another and with God. In Ephesians 4:15 we find that ‘speaking the truth in love’ is a mark of spiritual maturity. God knows we can sin. But He offers something more: choosing truth instead of lies, and saying the truth in a way that builds others up.

Jesus calls Himself “the way and the truth and the life” (John 14:6, emphasis mine). As followers of Christ, let us follow that truth with all of our hearts.