What can other cultures show us about our own trying circumstances? What can people from various backgrounds teach us about Jesus?

We are living in unprecedented and uncertain times. As we try to simply adjust to a “new normal” it can be tempting to focus only on ourselves and outlasting this coronavirus pandemic. We must stay vigilant of course, but while maintaining social distancing we can also develop practices that ensure spiritual intimacy with Jesus and His people.

I’ve been reflecting on the spiritual lessons I learned from recently hosting IN PURSUIT OF JESUS, a documentary series with Our Daily Bread, which explores the question of what does crossing cultures teach us about Jesus, ourselves and our world? The journey to answer that question took me to five different continents – from above the Arctic Circle in Sweden, to the world’s southernmost city of Ushuaia, known as the End of the World. I engaged with pastors and skeptics, artists and archeologists, politicians and professors to learn how their unique cultural perspectives shape the way they think about Jesus.

My discoveries have dramatically transformed me in deep and meaningful ways. Our world is getting smaller. This recent pandemic is a reminder that, “We are caught in an inescapable network of mutuality, tied in a single garment of destiny. Whatever affects one directly, affects all indirectly,” as Dr. Martin Luther King Jr. once said. I discovered that Dr. King’s insight was an echo of the truth we find in 1 Corinthians 12:27: “If one member suffers, all suffer together; if one member is honored, all rejoice together.”

Here are some practical lessons I learned from engaging cross-culturally.

1. The Most Secular Places in the World Still Reveal Spiritual Truth

According to the World Views Survey, Sweden ranks as the most secular and individualistic nation in the world. It is considered by many the epicenter of “post-Christian” Europe. It is a nation whose secularization occurred quite quickly and emphatically. What could such a nation teach an American pastor about Jesus? It turns out quite a lot. Especially for an urbanite like me who lives in the concrete jungle of New York City.

The appreciation of creation runs deep and evident in their culture in ways big and small. Camping, hiking, skiing and just about any other outdoorsy activities are wildly popular and widely practiced. This value for creation is even expressed in their laws. They have a policy called Freedom to Roam which gives anyone access to explore any public land (and even much of the nation’s private lands)! They can allow such expansive privilege because the Swedish culture grasps the sacred significance in nature captured in Scripture to a deeper degree than I do. As I looked around the pristine fields, and prominent mountains, I could appreciate Psalms 19:1 more than ever: "The heavens declare the glory of God; the skies proclaim the work of his hands."

Whether enjoying winters with massive accumulations of snowfall or warm summers excellent for camping, Sweden’s appreciation for nature is more than a casual love of the great outdoors. It reveals a deeper sense of stewardship of the earth and the majesty of creation. I met followers of Christ who shared the desire for spiritual transcendence which was still alive and well in this secular stalwart. I experienced the rationale behind the rebuttal Jesus offered the Pharisees when they urged him to rebuke the people esteeming and honoring him as he entered Jerusalem on Palm Sunday: “If they kept quiet, the stones along the road would burst into cheers!” We can learn Spiritual truth from secular spaces and enjoying creation is an act of worship. Have you ever gained spiritual insights in a secular environment? How can we position ourselves to look out for such lessons more proactively?

2. The Most Religiously Diverse Places Reveal the Uniqueness of Jesus

On the complete opposite spectrum from Sweden lies Singapore. Singapore is the most religiously diverse nation in the world. Home to Buddhism, Christianity, secularism, Islam, and Hinduism. While walking down a street, I passed by a Buddhist and Hindu Temple, a mosque, a synagogue, a church and worshippers who bowed before images plated in gold, crying out for answers to life’s questions.

In a place with such diversity and so many options, what would prompt people to choose Jesus who made such exclusive truth claims like: “I am the way, the truth and the life no one comes to the Father but by me.” Pastor Huai Tze Tan is a church planter with a master’s degree in business. I asked him why he chose to be a follower of Christ, and he shared the story of how his father came to faith.

His business was failing, and he was on the brink of financial ruin that would have devastated the entire family and left them homeless. He initially prayed in front of the shrine to his ancestors, but when that didn’t work, he chose to attend a church service at his wife’s request. He experienced what he described as God revealing himself and overwhelming his heart. Pastor Tan’s dad became a follower of Jesus that day. “So,” Pastor Tan said as he leaned back into his chair, “the next day I told my teacher I was now a Christian.”

I was shocked. I’ve never heard anyone share their personal testimony like that. I asked Pastor Tan about his personal choice and he responded with an explanation of the Confucianism concept of filial piety. Filial piety is a virtue of honoring and respecting one’s parents, elders and ancestors with great esteem. When the pastor’s father announced his conversion experience, his intrinsic response was to trust his father and follow Jesus.

While this initially seemed unusual to my Western, individualist sensibilities, I reflected on the type of filial piety Jesus expressed in his relationship with his Father in John 5:19: “Very truly I tell you, the Son can do nothing by himself; he can do only what he sees his Father doing, because whatever the Father does the Son also does.” In this passage, Jesus articulates a devotion to the Father that also reveals his role as the One and Only Son. Even among such religious diversity, the unique claims and works of Jesus stand out as distinct. I discovered in a new way the true significance of Jesus’ honor of the Father in Singaporean cultural expression of filial piety. What biblical insight have you gained by learning from another culture?

3. The Most Unjust Places in the World Point Us To the God of Justice

“If God is real, why does he allow injustice?”

If I had a dollar for every time I was asked that question while ministering on a college campus or engaging in a coffee shop, I wouldn’t need to work another day in my life. We are more aware of corruption and the exploitation of power in the world than ever. We read of price gouging on hand sanitizer during this health crisis and we rightfully cringe. Our souls cry out, “It’s not supposed to be this way!” What can these dark times teach us about Jesus?

I learned in Argentina that it often leads people to see the importance of the God of justice. In the 1970’s and 1980’s, Argentines faced the unthinkable. Their government mobilized the kidnapping, torture and assassinations of over 30,000 of its citizens to crack down on political dissidents. Fear gripped many. But a groundswell of mothers and grandmothers, convinced that God Himself was on the side of justice, chose to defy their leaders and the threats of their own disappearances. Finding solace in the biblical injunctions to “Do justice, love mercy and walk humbly before your God” (Micah 6:8), these courageous women drew international attention to the cause and eventually helped to overthrow the brutal dictatorship.

God cares about injustice because it distorts and disfigures the men and women made in His image. I learned that story is indelibly imprinted on the soul of Argentina in a way that also marked me as well. Have you ever gained a deeper appreciation of God’s justice by hearing from someone who suffered from injustices?

South Africa’s legacy of Apartheid sowed the type of discord and tensions that just 30 years ago seemed impossible to overcome. The white Afrikaaner government, having studied strategies in the United States and Europe, instituted the most rigid and effective forms of racial segregation the world had ever seen. Imagine being a native and the majority population of a land, but being forced to live in a specified area and prohibited from visiting family in another neighborhood. Imagine being unable to vote or pursue a career of interest because you were the “wrong” race.

Can you imagine the resentment toward the 20% of the white population that festered among the vast majority of those exploited and marginalized? Can you imagine the type of fear that might arise in you that 80% of the population might violently revolt at any moment? This is the challenge of South Africa. And yet, I met hopeful people who were willing to reject hatred and bitterness for love.

In the Sermon on the Mount, Jesus taught: “You have heard that it was said, Love your neighbor and hate your enemy. But I tell you, love your enemies and pray for those who persecute you, that you may be children of your Father in heaven.” (Matthew 5:43-45).

South Africans have learned to live this out for the good of the nation and many are still clinging to Jesus as the gains and changes that were hoped for 26 years ago have yet to pass. The fight for justice continues. But it’s a fight framed in the context of love. In our own divided nation, the lessons from Cape Town have proven quite revealing. Have you ever learned to love deeply through the story of seeing others forgive?

Because we’re all made in the image of God, there’s something that everyone can teach us about Jesus. And because we are all shaped by our culture, there are things about Jesus we will miss by staying in our own little corners of the world. God has embedded his image into our souls. The cultures in which we were raised are therefore shaped by many image-bearers over time. It’s only when we engage with other image-bearers with open hearts and attentive ears that we can gain a deeper appreciation for who Jesus is.

These insights just scratch the surface of what I encountered traveling the globe. Since we can’t travel around the world right now, I encourage you to learn from my journey by watching the IN PURSUIT OF JESUS episodes. In addition to the seven episodes, we offer bonus footage with reflections of insights that I learned in Sweden, Singapore, New York City, South Africa, Argentina, and Israel. Please join me in learning about crossing cultures.

You can also watch full episodes on YouTube or RasoolBerry.com. 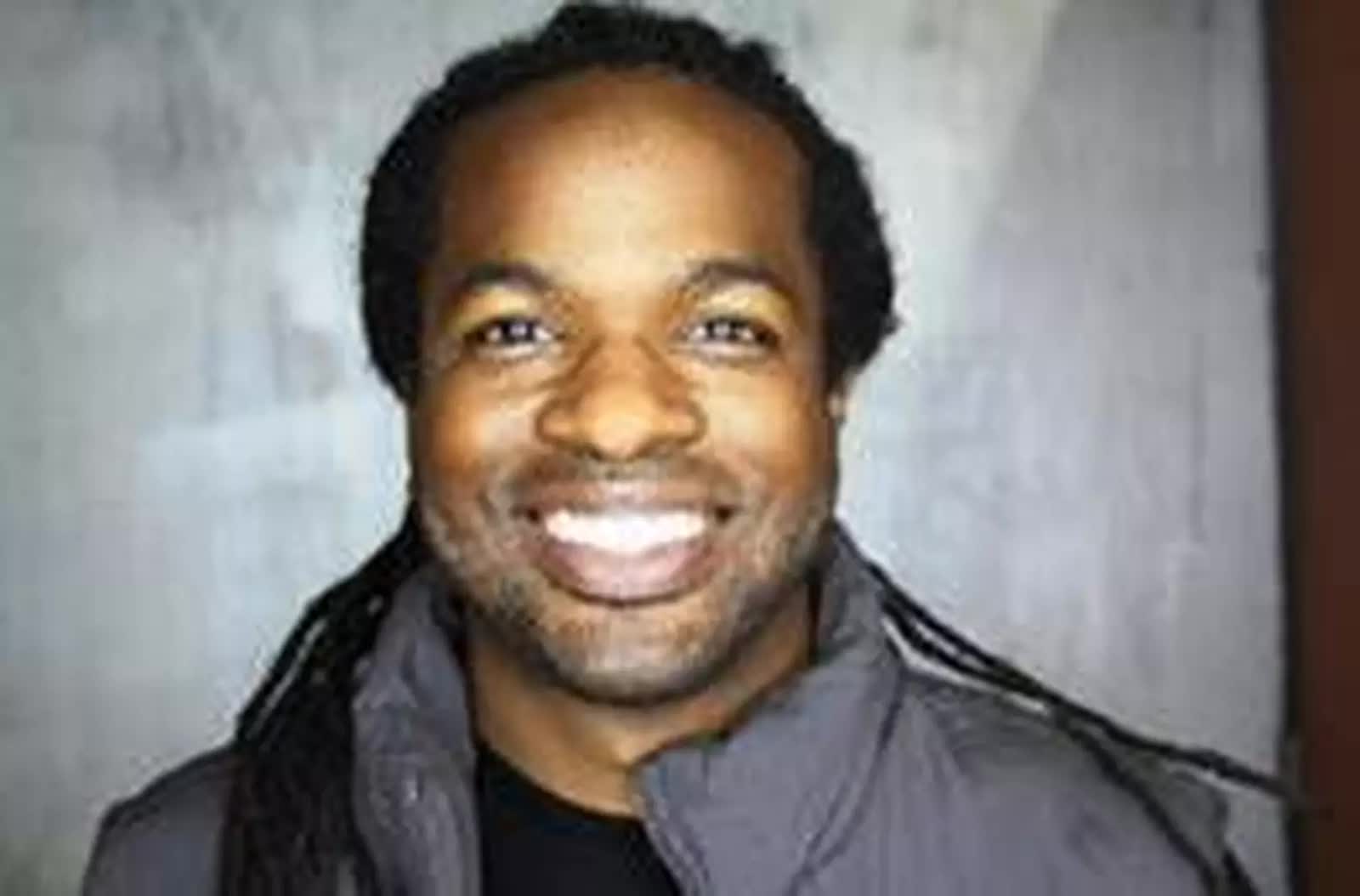 Rasool Berry is the host in the new docuseries In Pursuit of Jesus, produced by Our Daily Bread Ministries.