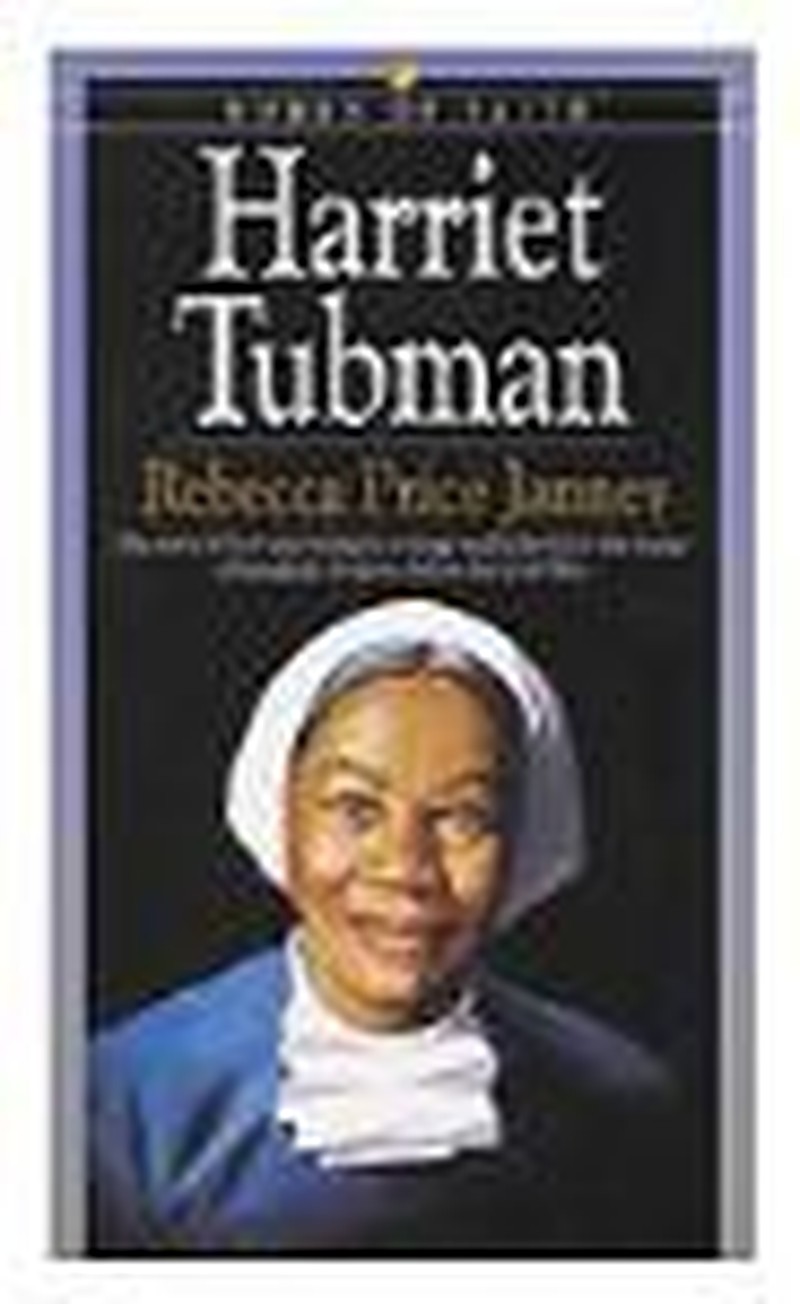 Like her Old Testament counterpart, Harriet “Moses” Tubman led many of her people out of slavery and into the Promised Land, but she was also like him in another respect. Before God used both Moses and Harriet, He first took them away from all that they had once known and loved. That prospect was enough to make Harriet’s two brothers turn and flee in terror, preferring “the devil they knew.” But for Harriet, freedom was worth paying any price, bearing any burden. She would not wait for someone to grant it to her, and she did not intend to be deceived by a master, as her mother had been.

Harriet had heard of two large cities where blacks lived free: Philadelphia and New York. She made up her mind to get to one or the other in spite of desperate handicaps—she was penniless and a fugitive of the law. She had no maps, no compass. Her food supply consisted of the paltry snack she had taken from her cabin. She had never been taught to read or write. There was no one to encourage or support her. Even her husband would sound the alarm the minute he realized that she had run away.

Nevertheless, there was at least some balm in Gilead in the form of a woman who had once offered to help Harriet if she ever decided to break away. She had met the white woman, a Quaker named Miss Parsons, while working in the fields one day.1 The woman had stopped to exchange greetings with Harriet and became curious about the origin of the scar on the slave’s forehead. Miss Parsons was clearly moved by the story. She told Harriet about her farm in nearby Bucktown and that “if you ever need any help, let me know.” It was a cryptic invitation. Harriet wasn’t entirely sure what Miss Parsons could do for her, but the woman was her only human consolation at the time she escaped.

That Harriet trusted Miss Parsons at all is extraordinary in and of itself. Until that time, whites had given her few reasons to believe in their goodwill. She was soon to discover, however, just how many decent white people were out there in the wider world, people who had deep convictions against slavery and who were poised to help her win her precious freedom in any way they could.

Harriet and her brothers had left in the early morning hours, and after the men had turned back, she raced on to Miss Parsons’ farm. She found it just as the woman had described it. Fortunately, Miss Parsons remembered Harriet and was glad that she had come for help. This association was Harriet’s first encounter with the Underground Railroad. After eating a nourishing meal, she listened as the Quaker told her about two other “stops” on the mythical railroad and the people who would help her as she made her way north.

Harriet moved quickly and furtively that night when it was safer to travel, following the bank of the Choptank River. She always kept the North Star to the front and left of her. When she couldn’t find it among the clouds, she would find her direction by feeling for moss that grew on the north side of trees.

In the morning Harriet finally arrived at the first house to which Miss Parsons had directed her. She became frightened, however, when the couple she met there gave her a broom and told her to start sweeping outside. Was it possible that Miss Parsons had tricked her? Was this some kind of trap? That seemed too out of character for the gentle but determined Quaker. She wasn’t the betraying kind. Later that day, the man of the house relieved Harriet’s fears when he loaded his wagon with produce and quietly directed her to scoot down low and hide under it. Then he covered her with blankets and got behind the reins. Although she was nervous as he started down the road, she was so tired that she quickly fell asleep to the lulling sounds of the wheels against the road and the rhythmic clip-clop of the horse’s hooves.

At the next stop along the Underground Railroad, Harriet received food and more information for her journey, then continued on her way, her face resolutely set toward the North. She continued along the river, walking at night, staying off the main roads where she was more likely to be discovered. When she could follow the water no longer, Harriet kept on a northeasterly course toward Camden, Delaware, where Ezekiel Hunn, a farmer who was active in the Underground Railroad, provided food and information about her next stops. She had made it past one state line—only one remained.

From Camden, Harriet journeyed to Middletown, where Ezekiel’s brother, John, received her into his home, which was also a station. She ventured next to New Castle, then on to Wilmington. That is where she first came into contact with an extraordinary man who would become her fearless partner in rescuing slaves, as well as her devoted and lifelong friend.

Born in Philadelphia in 1789, Thomas Garrett was a Quaker shoe salesman who harbored strong anti-slavery convictions. When he moved to nearby Wilmington, Delaware, in 1822, he started hiding runaways in the rooms above his store. During the next forty years, Garrett assisted between twenty-five hundred and three thousand slaves, giving them food, shelter, money, and of course, plenty of shoes. At one point toward the end of his “career,” the authorities fined Garrett so heavily for assisting slave refugees that he lost everything. At the age of sixty, he had to start all over again. Once he earned back some of his earlier prosperity, however, he was arrested and fined again for continuing to assist runaways. The incredulous judge at his trial told him, “Garrett, let this be a lesson to you, not to interfere hereafter with the cause of justice by helping runaway negroes.”

Garrett was not persuaded. He responded in true Quaker form, “Judge, thee hasn’t left me a dollar, but I wish to say to thee, and to all in this court room, that if anyone knows of a fugitive who wants a shelter, and a friend, send him to Thomas Garrett, and he will befriend him!”2 It was said of him that “not even Luther before the Council at Worms was grander than this brave old man in his unswerving adherence to principle.”3

During the course of her courageous escape, Harriet had been rowed up the Choptank and hidden in the attic of a Quaker homestead. She spent several days in the haystack of a German immigrant and in a free black family’s storage hole for potatoes to elude any pursuers. Now it was time for one more wagon ride north. From there she walked across the Pennsylvania line. Her first impression of freedom both intoxicated and awed Harriet. She said, “I looked at my hands to see if I was the same person, now that I was free. There was such a glory over everything. The sun came up like gold through the trees and over the fields, and I felt like I was in Heaven.”4

Although this was the end of Harriet’s journey to liberty, she was just at the beginning of many decisions and difficulties. Where would she live? What kind of job would she find? Would she make new friends? Whom could she trust? Looking back in her later years, she described how she felt at that time:

I knew of a man who was sent to the State Prison for twenty-five years. All these years he was always thinking of his home, and counting by years, months, and days, the time till he should be free, and see his family and friends once more. The years roll on, the time of imprisonment is over, the man is free. He leaves the prison gates, he makes his way to his old home, but his old home is not there. The house in which he had dwelt in his childhood had been torn down, and a new one had been put up in its place; his family were gone, their very name was forgotten, there was no one to take him by the hand to welcome him back to life.

So it was with me. I had crossed the line of which I had so long been dreaming. I was free; but there was no one to welcome me to the land of freedom, I was a stranger in a strange land, and my home after all was down in the old cabin quarter, with the old folks, and my brothers and sisters.5

For Harriet it was time not to rest and relax but to start working toward the attainment of her lifelong goal—to be used by God to set many of her captive people free. She said,

But to this solemn resolution I came; I was free, and they should be free also; I would make a home for them in the North, and the Lord helping me, I would bring them all there. Oh, how I prayed then, lying all alone on the cold, damp ground; “Oh, dear Lord,” I said, “I ain’t got no friend but you. Come to my help, Lord, for I’m in trouble!”6

Shortly after her arrival in Philadelphia, Harriet met William Still, who would become a vital part of that venture. Through Still’s Philadelphia Vigilance Committee, Harriet found places to live and to work, and she learned more about the activities of the Underground Railroad that had helped her escape. In fact, she spent most of her evenings at the Vigilance Committee offices.

During Harriet’s first year in the North, she had several jobs, mostly as a laundress, cleaning woman, cook, and seamstress at hotels and in clubhouses. Harriet so enjoyed her freedom to choose her own work and bosses that she moved a lot in those initial months. Because of her dogged determination to rescue her family, she lived frugally, laying aside most of her wages for that purpose.

Harriet Tubman was determined that all blacks should be free. In spite of her formidable journey north, “No fear of the lash, the bloodhound, or the fiery stake, could divert her from her self-imposed task of leading as many as possible of her people ‘from the land of Egypt, from the house of bondage.’ ”7 It wasn’t enough to have moral convictions against slavery. Harriet believed such convictions were only good if a person acted on them. She was, for her part, willing to do whatever it took.