When He Said “It is Finished,” He was Talking about You

When He Said “It is Finished,” He was Talking about You

When Jesus had received the sour wine, he said, “It is finished.” Then bowing his head, he gave up his spirit. John 19:30 CSB

I had read this Scripture in John 19 so many times – the last words Jesus spoke on the day He was crucified. I knew that in those final moments as He was there on the cross, He simply said, “It is finished,” closed His eyes, and died.

There’s such gravity in that moment. Imagining the Son of God, our Savior, with His battered and broken body nailed to a cross, stirs up a sense of both sadness and shame. He endured such terrible things that even thinking about them leads me to close my eyes in sorrow. Most every time I heard or read the story, my focus was on what happened, the events themselves, and less so on those three simple words He spoke at the end: “It is finished.”

A few months ago, my friend and Pastor Rodney Holmstrom spoke on this Scripture before a large Celebrate Recovery congregation, and he challenged each of us to really consider those words. In that moment, he said, Christ was not simply stating the obvious - that His earthly life was over. He was declaring that our sins were forgiven once and for all, their price paid by His sacrifice.

I knew this in my head. Of course I did. But had I taken it into my heart?

Rodney asked us, could we say these words out loud? “When He said, ‘It is finished,’ He was talking about me.” Could we write those words in a journal and mean them? Could we look into a mirror and speak them?

I tried, and I was surprised by how difficult it was for me to say them, how easy it was to shy away from them, as if my mistakes were too great for his forgiveness. It was simultaneously painful and humbling to realize the truth in that statement, and the truth was this: In that moment and by his death, Christ paid the price for every sin no matter how great – even for mine. Every wrong I had ever or would ever commit was forgiven, the debt for it paid in full, before I ever drew my first breath. I only had to accept it. How could that be?

I left that service that night with the weight of those words still clinging to my thoughts: When he said, “It is finished,” He was talking about me. At home, I tried saying them aloud again and again. And while it was still difficult, I found that each time I spoke them, my heart had a harder time rejecting them. The truth began to win. Later, I spent some time writing and creating around John 19:30 in my journaling Bible, and I found that with each moment that I lingered there, those words became further etched onto my heart.

It’s fascinating how we can spend years knowing something without fully accepting it as certainty. Since childhood, I had believed that Jesus died for our sins and accepting Him meant we were forgiven. But isn’t it often easier to think that applies to everyone else?

I came to recognize that the shame and guilt of my own mistakes had clouded my understanding. I had believed the lies in my head (as so many of us do), like: I’ve made too many mistakes. Maybe I’m different. How could he really forgive me? My sin is just too great… I had let those lies sink deeply into my heart. But speaking and writing that simple, declarative sentence began to destroy the lies by covering them with his truth – that no sin is too great for his mercy, not even mine – and it brought me immediate peace and joy.

Today, as you consider the events from the day Jesus was crucified, as you ponder that weighty moment when His spirit passed, try speaking those words aloud (even if you have to whisper them to get them out): When He said, ‘It is finished,’ He was talking about me.

Then say it again. Accept this truth, and annihilate the lie that your sins are too great or too numerous. Try writing it down or reflecting in the pages of your journaling Bible. How does it feel to know that every mistake – past, present or future – is covered and the debt is paid in full? He was talking about me. He was talking about you. 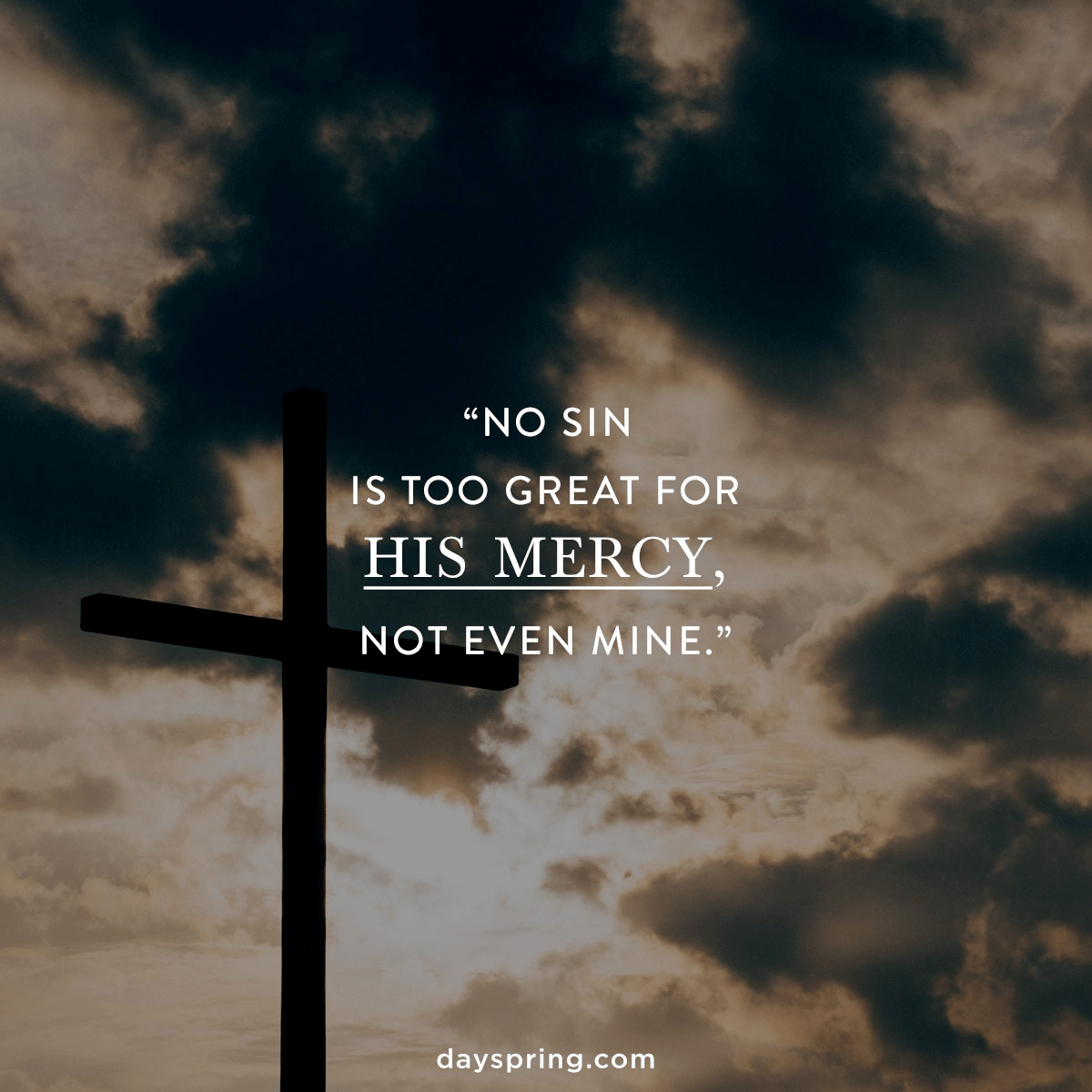 This article originally appeared on DaySpring.com. Used with permission. For even more inspirational articles, shareable Ecards and hundreds of Christian tools and resources, check out DaySpring.com today!