Where is God in My Suffering?

Where is God in My Suffering? 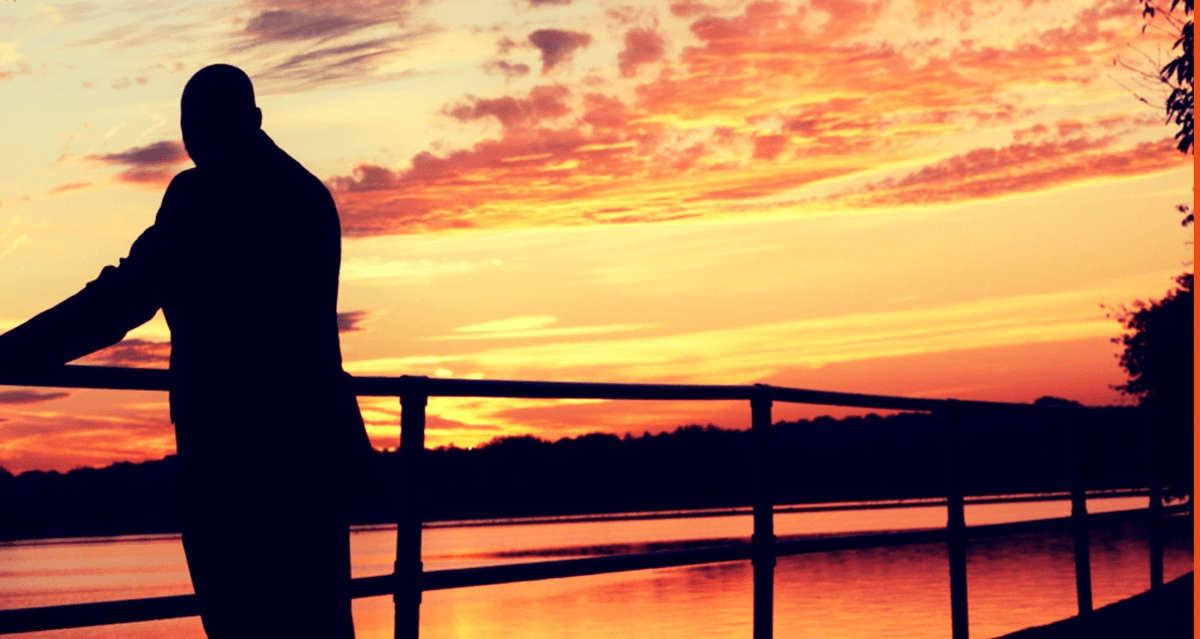 The traffic on the Gateway Arterial road came to a sudden halt. Tires screeched, struggling to grip the damp road. My friend I'll call "Mark" in the passenger seat and I lurched forward. The ABS clicked in bringing the car to a stop. Then traffic started moving forward at a walking pace, delaying our trip to the airport.

Half an hour passed before the reason for the slowdown became apparent. A motorcycle’s wheel protruded from under the side of a turned-over 4WD. Ambulance, police and fire were on the scene diverting traffic. A couple of officers were erecting tarpaulins to shield the causalities from the public’s eye. A care flight helicopter approached from the distance.

Mark, a client for over a decade, turned to me with a heavy brow and lips downturned. “Who do you blame for the bad things that happen?”

“What do you mean?” I replied.

“Well you thank God for the good. Who do you blame for the bad?”

Mark, then a non-practicing Catholic, has always been a deep thinker. Like myself. Quite often we will philosophize on various topics.

“You know, Mark,” I said, “I was asked the same questions some years ago by Neil, one of my mountain biking colleagues, who struggles with the concept of God.”

“At the time I didn’t have an answer.” A tinge of sadness flooded my senses as my thoughts drifted back to how my brother-in-law, Andrew, died in a cycling accident, leaving behind his wife and two sons. Five and three at the time. A decade ago now. A memory that never fades. Death, a prelude for dark times, leaves a stain that can’t be removed.

Mark prompted, “What about now? Who do you blame for the bad things?”

“I’ve learned not to. I thank God for being there during them.”

Mark’s eyebrows jutted upward, “You what?”

“For me, when I’m experiencing a difficult time I draw closer to Jesus. Or maybe he draws closer to me. Perhaps, a bit of both. Like a loving parent, Jesus wraps his arms around me and helps me back to my feet. Comforting me during the storm.”

“When things are good, I admit, I give God less time.” I drew in a deep breath. “It’s something I’m working on.”

Past the accident, the traffic returned to the speed limit. Each person going about their daily lives. Goosebumps prickled down my arms, raised by the knowledge that behind us, the families of those in the accident are about to experience turmoil. Like Andrew’s family a decade ago. I recollected my father-in-law saying at Andrew’s funeral, “It’s not those that die that suffer, it’s those that are left behind.”

Suffer we did. The hardest part was seeing Andrew’s two sons grow up without their father. Andrew was the father every son would want. Loving, caring, attentive. A devoted Christian family man. Yet his life ended at age 33 cycling home from work. My thoughts drifted to my daughter, Jessica, born a few months after Andrew’s passing. The concept of not being around for her childhood shook my core. However, witnessing Andrew’s children grow up into fine teenagers steadied my soul. My mind fast-forwarded through the many struggles after his passing. There were many. During those times, I drew closer to God. He removed death’s sting. He turned the dirty stain of Andrew’s death left on my heart, to a symbol of hope. The cross.

Mark nudged me. “You OK? You look lost in thought.”

My eyes had clouded over with tears. Some off sadness, some of hope, and some of joy. A mixture of emotions which allowed me to experience the deepest corners of humanity.

“Longsuffering? What is that?”

“In the KJV translation of the Bible, Galatians 5:22-23 explains the fruit of the Spirit is love, joy, peace, longsuffering, gentleness, goodness, faith, meekness, temperance.” I blinked rapidly a couple of times to clear my eyes. “Longsuffering means patiently enduring wrongs or difficulties.”

“Life is full of those,” Mark said.

“It is. God provides His love to help us through them.” I swallowed the sensation of a lump in my throat formed from distant memories. “I thank God for being there during those times. The bad times.” Warmth fluttered through my body as my lips curved to a gentle smile. “It’s not about blaming someone, or something, for them. It’s about being thankful God will be there to help you through the darkness they may bring about. You only have to ask him, and he’ll be by your side. Like a parent hearing a child call out in pain, God comes running to assist.”

How Mark Found Strength in Suffering

A month later Mark shared his own struggle on a telephone call. Mark’s father had been diagnosed with bowel cancer. He discussed how knowing his father (who had a long and good life) was dying didn’t bother him. But, standing by, helpless, while a loved one deteriorated each day with bouts of agony curdled his stomach. Late nights caused by prolonged stints of insomnia had been no stranger. Those nights Mark tried to rationalize why his father’s final stretch down the road of life consisted of a fight through a tumultuous storm rather than a gentle stroll in a summer’s breeze.

Mark then told me something that caused my eyes to glaze with tears of humanity. “After our discussion, I don’t walk the path alone. My father, and I, with Jesus stride together. Jesus gives us strength. We thank him for being there for us.”

After a difficult childhood, Steve Goodwin developed a fascination with the nature of the supernatural, spiritual and physical words and how they affect the lives around us. This led him on a journey spanning two decades of studying, experiences and discovery. As well as demonstrating a profound respect for faith and the battles of doubt, he seamlessly mixes reality with creativity, inspired by biblical concepts and personal understandings. Steve's successful faith driven software development career allows him to juggle being a Christian author while still creating compelling software solutions for his clients. He tweets from @sg_author. Read his bio here.