Spiritual Growth and Encouragement for Christian Women
URGENT: You Can Help Protect Churches from Government Discrimination

Why Conflict Is a Necessary Ally to Real Friendship

Why Conflict Is a Necessary Ally to Real Friendship

If I asked you to list some signs of healthy friendship, I doubt you’d name conflict as one of them. Most of us treat conflict like an uncomfortable relative, something we have to deal with every now and then but, generally, to be avoided at all costs. But, in my experience, conflict is not an ugly stepsister to be avoided but a necessary ally in our pursuit of real friendship.

Now before we go any farther, you need to know that I am one of the most conflict-averse people I know! People-pleasing and apologizing are my native tongue and if I were an animal I’d be a chameleon. I can quickly become like those around me to minimize any discomfort from differences of opinion or preference.

But something amazing happened to me: God gave me real friends. And He gave me the desire to be a real friend to others. And I quickly realized that one of the biggest obstacles to deep and meaningful friendships in my life was my paranoia of conflict. I wonder if it’s an obstacle in your pursuit of friendship as well?

So why is conflict a necessary ally of real friendship? Today, I’m giving you 3 reasons: we’re all sinners, we all have blind spots, and we’re called to speak the truth.

Hate to burst your bubble, but there’s no perfect friend out there (ahem, including you). The only potential friends are sinners, fellow human beings who still live with the cancer of self-centeredness. Yes, as Christians, Jesus is in the process of freeing us, but the work isn’t finished yet. We’re all still in process. That means, eventually, our friends will fail us. And we’ll fail them to.

These moments of failure will reveal if we are willing to fight for real friendship or if were content to settle for fake. Fake friends refuse to address the issue to avoid any conflict. They gloss over it, excuse it, or ignore it, sometimes in an effort to “keep the peace.” But here’s the reality, if the sin and hurt isn’t addressed, it festers and becomes bitterness. The outside my look peaceful, but underneath hearts are growing cold and distant from one another. It’s anything but peace.

We need conflict in our friendships because we will fail each other and those moments need to be addressed.

2. We all have blind spots

In addition to our capacity for sin, we all have quirks and unknown habits that make it difficult for others to be friends with us. For example, I tend to let my love for Bible teaching come out in my friendships when I should just be listening. If you’ve ever needed a friend to listen and instead received a mini-sermon, then you know how annoying that can be!

These blind spots are like spinach in our teeth. We need a real friend who’s willing to stop us mid-sentence and point out what we physically cannot see. These aren’t necessarily sins, but often unhelpful habits we’ve cultivated over time. I’m sure you know what I’m talking about. It’s that moment in a friendship when you realize, “man, this guy just doesn’t know when to stop talking!” Or that moment when you think, “all this woman talks about is her kids!”

We need conflict in our friendships because we all have blind spots and we all need real friends to point them out.

3. We’re called to speak the truth.

In Ephesians 4:25, Paul reminds the people to put away falsehood and instead “let each one of you speak the truth with his neighbor, for we are members one of another.” To be a real friend, you must put away falsehood and instead say what is true. Why? Because, for those of us who are in Christ, we are members of one another. We are united. We are a team. And a team cannot function if its members aren’t honest with each other. Truth-speaking should be a mark of our Christian communities.

But sometimes the truth is uncomfortable. Sometimes, the truth hurts. It’s so much easier to resort to falsehood, to being “fake nice,” while we’re slowly building a wall in our hearts. But Proverbs 27:5–6 reminds us that “better is open rebuke than hidden love. Faithful are the wounds of a friend; profuse are the kisses of an enemy.” The willingness to wound is a mark of true friendship, one we desperately need.

We need conflict because sometimes that’s the only path we have for speaking the truth in love to our friends.

Ironically, I’ve had an uncommon amount of conflict in my friendships for someone so keen on avoiding it. On several occasions, others have pointed out my unseen flaws and shared the ways I’ve hurt them. In other moments, I’ve been the one sharing my hurts. In some of my friendships the conflict was resolved in one conversation, in others, it took years and a few counseling sessions together to fully resolve.

But in each moment of conflict, here’s what was happening: something had interfered with our friendship and we were seeking to remove the obstruction. It might have been my sin or blindness, it might have been theirs. Sometimes it was simply a misunderstanding or miscommunication. But something had inhibited the normal unity and joy in our relationship and we weren’t content to let our friendship slowly drift away. We were fighting to restore our unity through those nerve-wracking and sometimes awkward moments.

In my book Friendish, I wrote: “Speaking the truth in love is the immune system of Christian communities—a protection to the body of believers that arises when the sickness of sin threatens to impede upon our unity.” The goal is never to go looking for conflict; ideally, we won’t need it that often. But when our unity is threatened, conflict is often a necessary ally as we fight to preserve our unity, joy, and peace as friends.

I can’t guarantee you’ll ever feel totally comfortable and confident entering into those tumultuous moments of tension. After all these years, I still feel eaten up with anxiety and wring my hands under the table. But now, I’ve seen the fruit. I see how each moment has preserved my friendships and even deepened them. I trust my friends more, knowing they’ll shoot me straight. And they trust me. We have each other’s backs in a more profound way than we did before. The camaraderie we’ve built together is worth every difficult conversation and uncomfortable moment!

Today, I’m praying God will grant you a deep desire for real friendship and the courage to be honest with your friends and receive their honesty with you. Yes, conflict is difficult, but it’s a necessary ally to gain the richness and camaraderie we all desire in our friendships. 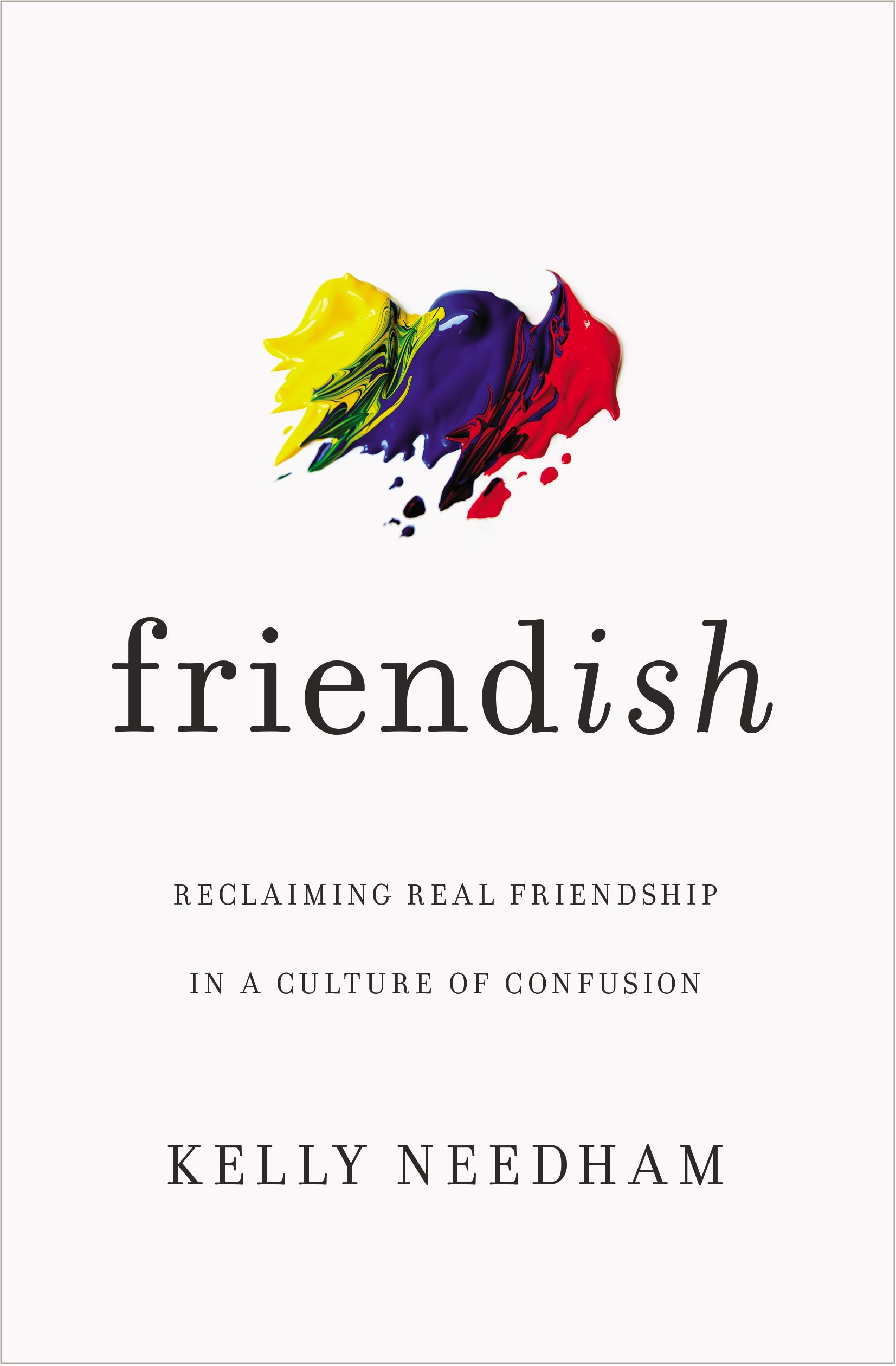 Kelly Needham is married to popular Christian singer and songwriter Jimmy Needham. She first began writing and speaking to his fan base in 2008 as they traveled together and has since garnered a much wider platform. Kelly is a regular contributor for Revive Our Hearts, and her writing has been featured at Desiring God, The Gospel Coalition, The Ethics and Religious Liberties Commission, Eternal Perspectives Ministries, and Crosswalk. She has been on staff at two different churches, serving in youth, college, and women's ministry. Kelly and Jimmy live in the Dallas area with their three children, Lively, Sophia, and Benjamin.