As a college student I dreamed of going to New York and writing editorials for the New York Times. I wanted to change the world. Then I met Lev and freely abandoned my dreams. I moved to Corpus Christi and became involved in my new community.

A college friend who had followed his dreams asked me, “Any regrets?” referring to those dreams.

“No,” I replied without hesitation.

I told him about my Aunt Ruby and her Bible.

The Verse That Made Widowhood Bearable

When I visualized my mother, the first image that always came to mind was of her with her worn Bible across her knees, index cards and pencil at hand, preparing her Sunday School lesson.

Her old King James Version Bible was falling apart, the spine of its cheap leatherette cover peeling off, pages spilling out. But she treasured it because it had belonged to her beloved Aunt Ruby, a spinster who spent her entire life on the family farm in southern Mississippi. On the flyleaf of her Bible Aunt Ruby had written, Whatsoever state I am, there with to be content (Philippians 4:11). After she died in 1945, her bachelor brother Rod, who lived on the farm with her, gave Mama her Bible.

Mama must have introduced me to that verse and to the Apostle Paul’s letter to the church at Philippi shortly afterwards, because it was a verse, a family story, and a lesson that I could not remember ever not knowing. It was the verse that has made widowhood bearable, even good.

Ruby was the oldest of thirteen children, the one ordained to stay home and help her mother in the house and garden and chicken yard. She helped tend the younger children from a very early age. Though five married and moved away, the others never left home. She cooked, cleaned, washed, and cared for them and her aging parents until—one by one—they died, and only she and Rod remained.

Mama described Aunt Ruby as an intelligent, competent, loving woman. That single verse written on the flyleaf—Whatsoever state I am, therewith to be content—summed up her life. Through faith and focusing on others, she was able to accept her circumstances with grace and dignity. She was able to find a purpose, perhaps even a calling for her life. While she did not write the other key verse from Philippians 4 on the flyleaf, her life was evidence that she absorbed its meaning: I can do all things through him who strengthens me (Philippians 4:13). Aunt Ruby did not claim to accept her narrow circumstances on her own strength. She understood that her contentment was a gift of God. In her faith, she found the strength to keep on keeping on.

These were my family roots. Mama absorbed the values lived out on that hardscrabble acreage and—in the Southern tradition of storytelling—taught me our family history and passed those values on to another generation. In the way her family lived their lives, in their calm acceptance of their modest circumstances, in their strength, in their hard work, and in their faith, they were unforgettable role models.

Alone in the early predawn hours after Lev’s death, I picked up my Bible and reread Philippians. I claimed the promise for strength to get through the day. In the months that followed, I sought to live in gratitude for all that I had had and all that I still had. Very slowly I grew accustomed to solitude. Most of the time I was content—an acquired taste that did not come naturally. I had to work at it. Busyness, gratitude, and acceptance helped make contentment possible. Trusting God gave me the strength to move forward step by step, day by day, year by year. I was fortunate to have role models like Aunt Ruby. How could I feel sorry for myself? I had choices, opportunities, and privileges unavailable to earlier generations. I had forty-six years with Lev.

Reclaiming Joy in the Transition to Widowhood

While outwardly my transition from wife to widow might appear less dramatic than the difference between a New York newspaper career and a traditional married woman’s role in Corpus Christi, it was many times more difficult. I had no problem finding contentment as a young woman in love, establishing a home and starting a family. In contrast, finding contentment as a widow was a major issue. An older, more experienced widow advised me, “If you settle for contentment instead of happiness, you will be okay.”

But I did not want to settle for less than happiness. I wanted my life to be more than merely keeping on keeping on. I wanted a purpose for my life. I wanted to reclaim joy. With God’s help, I found the strength to accept my circumstances and to face the future with hope. And that laid the foundation for what returned so unexpectedly several years later—joy.

Our pretense of strength as new widows is the mask we wear to hide our weakness and vulnerability. Only when we acknowledge our discontent with our new role and admit that we are powerless to change our circumstances will we be ready to draw strength from our family, friends, and faith. Then we can find contentment. 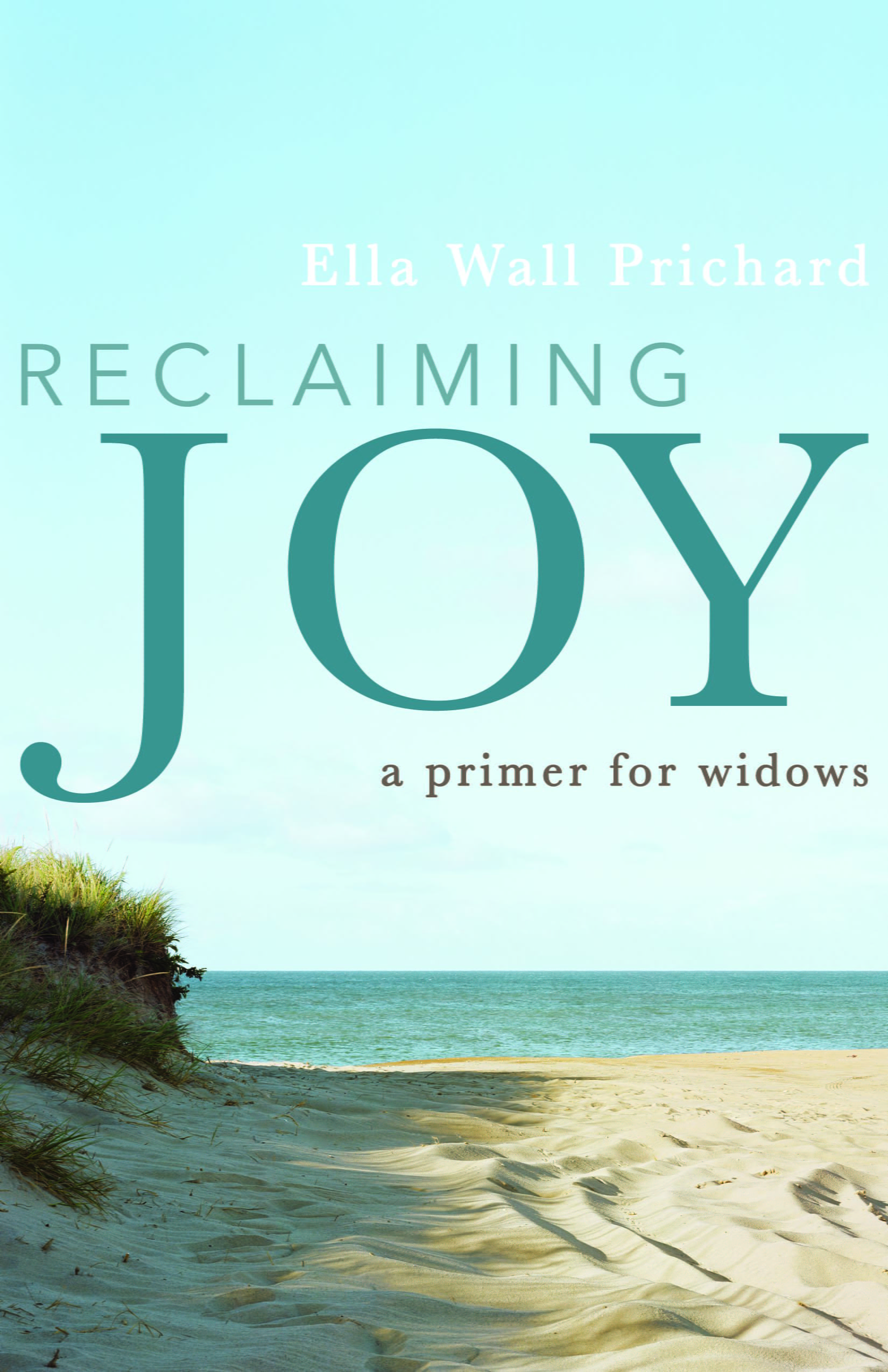 This article is an excerpt from Relcaiming Joy: A Primer for Widows. Used with permission from the publisher, Baylor University Press.

Ella Wall Prichard is the president of Prichard Oil Company and is highly involved in her community and church. A mother and grandmother, she is a frequent speaker on the subject of widowhood and has encouraged and supported widows around the country. Ella blogs at www.ellawallprichard.com, where other resources on widowhood can be found.