Praying the Names of God - October 6

From Praying the Names of God Week Seventeen, Day Three 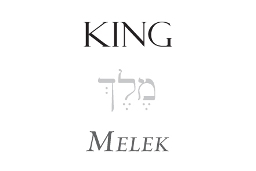 The LORD reigns, let the earth be glad;
let the distant shores rejoice.
Clouds and thick darkness surround him;
righteousness and justice are the foundation of his
throne.
Fire goes before him
and consumes his foes on every side.
His lightning lights up the world;
the earth sees and trembles. (Psalm 97:1-4)

Praise God: For his reign over the entire world.

Offer Thanks: That justice is foundational to God's kingdom.

Confess: Any sin you have been reluctant to admit.

Ask God: To extend his reign over you and through you.

Several years ago I was in Dallas enjoying dinner with friends in a restaurant located on the top floor of a downtown hotel. A summer thunderstorm provided the dramatic backdrop for our meal. Midway through, we were dazzled by a flash of lightning striking a nearby electrical grid and plunging a sector of the city into darkness. As Mark Twain once observed, "Thunder is good, thunder is impressive; but it is lightning that does the work."

In the middle of a violent storm, the old canard that thunder is merely the sound of angels bowling no longer provides comfort to my eight-year-old, who just last week was certain that lightning was about to strike our house, despite my reasoned assurances to the contrary. (The next day I discovered that lightning had indeed struck, not in our yard, but in the yard of friends who live nearby, felling a tree and burning a hole in the ground.)

Thunder and lightning are impressive phenomena no matter how old you are. I had a slightly nutty friend who used to run around like Henny Penny during thunderstorms, asking—half in jest—whether anyone had any "unrepented sin in their life." The psalmist portrays God as the greatest of all kings, who rules over the entire created world. His decrees move not only nations and peoples but even mountains, which melt like wax before him. His lightning lights up the world. Remember this majestic portrait of our heavenly King the next time you are jarred from your sleep by a sudden storm. Before you nod off to sleep again, take a moment to ask him to cleanse your heart, to deal with the sins you haven't even admitted to yourself. Ask him to extend his kingdom by working in you and through you. Then praise him for his greatness, remembering that the psalmist says the foundations of his throne are righteousness and justice.