Information is not knowledge.

My name is Cliff, and I am a recovering information-aholic.  It started with just reading the paper, listening to the radio, and watching the news to stay informed; however with access to cable news, the Internet and mobile computing, it has become a 24/7 routine to know everything that is going on in the world.

It’s not that I have the desire to be inundated with every event of every country, every Washington battle, every Hollywood relationship, every state and local tragedy and every minute by minute happening (a.k.a. Twitter).  I personally have enough to think about.

Besides, most of the information I receive seems to be rather negative, or discouraging.  Millions have lost their jobs, billions of dollars have been lost in the stock market, hundreds of thousands of homes have been foreclosed, countries are warring against each other, homicides are occurring every minute, and trillions of dollars of our future have been spent.

A Gallup-Healthways poll started last year, taken every day, surveys people’s mood swings.  The survey produces the Emotional Health Index (EHI)—a measure that weighs negatives such as depression, worry and stress against the positive feelings a person experienced the day before the survey.

It is no wonder we have a sense of pessimism about our lives and the world listening to polls like this and to massive amounts of dispiriting information.  What we commonly accept as knowledge and truth (from the media) is only information, oftentimes distorted in order to support or establish a viewpoint.

A couple of months ago, my church underwent a week-long church-wide “Daniel” fast, http://www.gotquestions.org/Daniel-fast.html.  I decided to give up “information” (i.e. television, news, etc.) along with the fast.  Although there were a couple of programs and sporting events I missed, there was one thing I noticed more than anything lacking in my life that week:  a sense of negativity, hopelessness and despair.

I rediscovered that my hope (and happiness) is not dependent upon the news I receive from the media and others.  My hope is in Jesus and the knowledge I have in Him and the wisdom he provides to those who believe.

For I know the plans I have for you, declares the Lord, plans to prosper you and not to harm you, plans to give you hope and a future (Jeremiah 29:11).

There were many believers who, under more extreme circumstances than I, lived this out as an example to us.

Abraham was told by God to do something no parent could ever imagine:  sacrifice his son.

Take your son, your only son…whom you love so much…Sacrifice him there as a burnt offering (Genesis 22:2).

Abraham didn’t lose hope, complain to his friends, ask for advice, rip his cloak or cry out to God.  The Bible says Abraham got up early the next morning (probably having not slept much the night before) and took his son up to the place God told him.

Nobody would have blamed Abraham for wrestling with or questioning God; yet Abraham feared and obeyed Him and, as a result, God released Isaac and Abraham was richly blessed.

But the eyes of the Lord are on those who fear him, on those whose hope is in his unfailing love (Psalms 33:18).

Joseph had cause to feel a sense of hopelessness.  He was rebuked by his father and sold into slavery by his brothers.  He was taken to Egypt and served as a slave to Potiphar, until he was unjustly thrown into prison by him for supposedly trying to sleep with his wife.

Through it all, Joseph never displayed anything but obedience and concern for others.  Everyone he came in contact with saw the Lord’s presence with, and within him.  As a result, Potiphar put him in charge of his household, the warden put Joseph in charge of all of the other prisoners and activities in the prison, and Joseph became the second most powerful man in all of Egypt.

This didn’t happen because Joseph exuded negativity or despair over his situation.  He faithfully (and hope-fully) worked and served whoever was placed over him, and God gave him success in everything he did.

May integrity and uprightness protect me, because my hope is in you (Psalms 25:21).

Moses, by worldly standards, had it all at one point in his life.  He lived in the palace of the Pharaoh, raised as one of Pharaoh’s own grandsons and had access to everything in the kingdom.  After killing an Egyptian and fleeing to the desert, God called to him.

Moses didn’t exemplify the actions of someone full of hope and compassion for his people.  He sounded resigned to live the rest of his days as a shepherd in the desert.

Many of us may be feeling like Moses - beaten down, lack of enthusiasm, and content to live out our life in our own personal desert.  However, the Lord hasn’t left us, just as he never left Moses.

Moses and Aaron did just as the Lord commanded them (Exodus 7:6).

Moses was a hundred and twenty years old when he died, yet his eyes were not weak nor his strength gone….For no one has ever shown the mighty power or performed the awesome deeds that Moses did in the sight of all Israel (Deuteronomy 34).

Moses listened to God and followed His instructions.  He didn’t listen to the crowd or go along with the pressure to conform, he chose to live differently.

Job lost more than many of us could ever imagine:  ten sons and daughters, thousands of livestock, his livelihood and almost all of his servants.  Yet in the midst of this, his hope in the Lord persevered.

The Lord gave and the Lord has taken away; may the name of the Lord be praised (Job 1:21).

Job had many friends come by to console him, but even the Lord questioned Job on those who were speaking into him.

You asked, ‘Who is this that obscures my counsel without knowledge?’ (Job 42:3).

While going through an affliction or a misfortune, we often reach out for empathy and understanding, and, as a “friend,” we want to help a fallen brother.  However, we must be cautious of receiving or giving counsel that is not of the Lord.  We may be exchanging empty worldly information, not spiritual wisdom and insight.

What we can learn from each of these men can serve us well in our relationship with the Lord:

These traits allowed each of these men to maintain their unfailing hope in God through some of the most difficult of situations.  They showed us that hope is not dependent upon what we may hear, what other people say or do, or even how bad our situation may look.  Our hope is based upon our relationship with God.

But those who hope in the Lord will renew their strength.  The will soar on wings like eagles; they will run and not grow weary, they will walk and not be faint (Isaiah 40:31).

So put down the cell phone, log off your computer, unplug the television and get connected to the Lord.  Listen to His voice, not some other source of information.

Those who hope in me will not be disappointed (Isaiah 49:23). 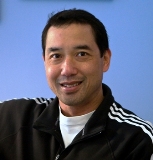 Cliff Young is a contributing writer to Sandlot Stories (ARose Books), as well as the monthly column, "He Said-She Said," in Crosswalk.com's Singles Channel.  An architect and former youth worker, he now works with Christian musicians and consults for a number of Christian ministries. Got feedback?  Send your comments and questions to CYdmg@yahoo.com.