From His Heart - Week of November 25

Are You Giving Your Best?

Anyone who knows me knows I love Rocky Balboa, the Italian Stallion.  I think one of the reasons I love the Rocky character so much is because he was a fighter with limited ability but tons of heart.  He fought with all that he had, and then some.

When the unheralded Rocky Balboa first fought Apollo Creed, no one took the fight seriously.  It was supposed to be a cake walk for Apollo, the skilled, polished, undisputed champion of the world.  But the cake walk turned into a 15-round battle for survival that Apollo barely won by a split decision.  As a result of the fight, both men ended up in the same hospital, battered and bruised.  In one special hospital scene, Rocky wheels himself into Apollo's room and asks him this penetrating question, "Apollo, did you give me your best?"  Going the distance with the champ only meant something to Rocky if he knew Apollo had truly given his best.

GOD'S BEEF WITH HIS PEOPLE

In the book of Malachi, God was very displeased with His people.  Do you know why?  It was because they were not giving their best.  They were coming before the Lord with their scraps and the leftovers of their lives.  They were offering mangy, crippled, flee-infested lambs as offerings and keeping the good lambs for themselves.  They were giving far, far less than their best.  Hear what God thinks of less than your best, leftover worship:

“When you give blind animals as sacrifices, isn’t that wrong? And isn’t it wrong to offer animals that are crippled and diseased? Try giving gifts like that to your governor, and see how pleased he is!” says the Lord of Heaven’s Armies.  “Go ahead, beg God to be merciful to you! But when you bring that kind of offering, why should He show you any favor at all?” asks the Lord of Heaven’s Armies.  —Malachi 1:8-9, NLT

ARE YOU GUILTY OF THE SAME?

Be honest.  What are you giving to God—the best of your time, talent and treasure, or something far less?  Jesus said, "Seek FIRST His kingdom and His righteousness; and all these things [food, clothing, and the necessities of life] will be added to you" (Matthew 6:33).  Are you really seeking Him first?  Or are you putting your job, your money, your recreation, your family, your friends, your TV shows, and even your Facebook page ahead of Him?

To the people of Malachi's day who were giving God the mangy, crippled lambs, He reminded them that He was a great King who should be feared, revered and respected to the highest degree (Malachi 1:14).  To the people of our day giving God the scraps of their lives, God says, "I see what you are doing.  I see into your heart and know you are giving Me your leftovers.  You desperately need to get a fresh glimpse of who I am before it is too late."

Take some time today to read Isaiah 41 and let your mind consider the unfathomable greatness of God.  He spoke the world into existence!  Universes drip from His fingertips!  What an awesome privilege we have to know Him, worship Him, and call upon His name.  Let us never offer to God anything less than our very best, for He alone is worthy.

Jeff Schreve is Senior Pastor of First Baptist Church in Texarkana, Texas. He and his wife Debbie have been married for over 20 years and are blessed with three wonderful girls. Jeff began From His Heart Ministries, a radio and television ministry, in January of 2005. This ministry is completely listener/viewer supported. It continues only through the faithful and generous gifts of people like you. Pastor Jeff takes no salary from this ministry. All gifts go to further the broadcast. 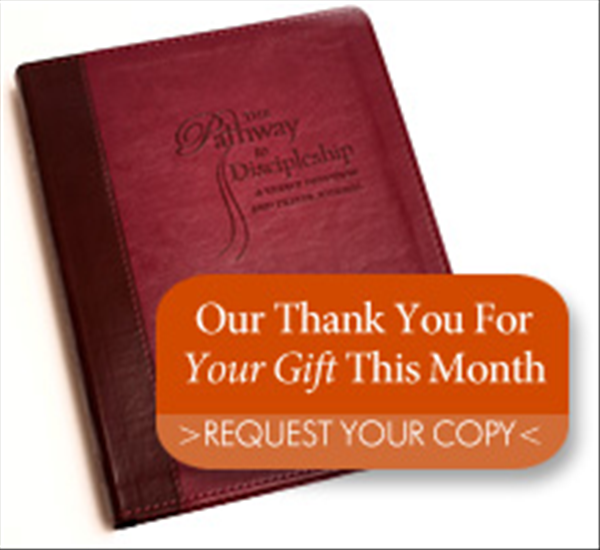