The challenges that faced the church in Rome would be staggering for any leader to deal with—deep ethnic and legal battles were threatening to split the community. Paul addressed these issues in a letter—to a church he had never visited.

Paul had been through vitriolic debates before in Antioch, Galatia and Corinth, and he didn’t want the Roman churches to experience the same conflict. He needed to show them that, despite their different convictions, they could still accept one another and serve God together.

Romans 14 and 15 are often treated like an after-dinner mint to a theological feast. But these chapters are the pastoral climax of Paul’s letter. Here, we find Paul’s picture of the church becoming a reality.

Several issues fed the conflict in Rome. Originally, the gospel had come to Rome, independently of Paul, through Jewish Christians. An influx of Gentiles (non-Jews) into the church had resulted in tensions over issues like vegetarianism (because meat could be tainted with pagan religion), wine consumption (because of its use in drink offerings to Roman gods), and observance of special days (like the Sabbath).

But however the lines were drawn, they were drawn. Those who were weak in the congregation were easily offended by those who were strong. The strong looked down on the weak.

While Paul allows freedom for matters that are “indifferent,” he says that each person should judge their own convictions: “Each one should be fully convinced in his own mind” (14:5).

He also encourages the strong to exercise convictions in wisdom. They still had the responsibility of not causing the weak to stumble in their faith: “For if your brother is grieved by what you eat, you are no longer walking in love. By what you eat, do not destroy the one for whom Christ died” (14:15).

Ultimately, Paul wanted those who disagreed to mutually affirm each other: “So then let us pursue what makes for peace and for mutual up-building” (14:19). The basis of this was their status as fellow servants of the Lord Jesus Christ. Paul points them to Him as the ultimate example of how we should act and why we should accept others: “Therefore welcome one another as Christ has welcomed you, for the glory of God” (15:7). God is glorified when we accept each other as Christ accepts us—despite our differences.

Biblical references are from the English Standard Version (ESV). 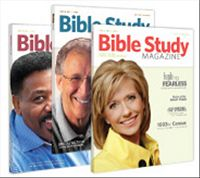