We first hear of the prophet Elisha when his predecessor, Elijah, has a faith crisis. After defeating the priests of Baal in a spectacular contest atop Mount Carmel (1 Kgs 18:20–40), Elijah exiles himself to the wilderness. Alone in a cave, he bitterly laments the loneliness of his devotion to Yahweh. Fortunately, Elijah is misinformed: Yahweh tells him there are others left. Among them is his successor, Elisha son of Shaphat.

Elisha’s call gives us the idiom “take up the mantle,” which means to pass an office from mentor to student (1 Kgs 19:19–21). Some see Elijah’s cloak as a magical talisman that gives source to his power. But the cloak is powerful because of the anointing of the prophetic office, not the other way around. This cloak (adderet, תרדא) was probably a wide fur wrap, suitable for traveling on foot in the hot sun and sleeping outside on cold desert nights. The “hairy” robe is distinctive enough that King Ahab recognizes Elijah from its description alone (2 Kgs 1:8). By the time of Zechariah, such a robe has become characteristic of prophets (Zech 11:3; 13:4); when John the Baptist begins his wilderness ministry, he adopts a similar costume (Matt 3:4).

It seems Elijah set the trend. Earlier prophets, such as Samuel, wore a more common robe of the same general cut as the priests and Levites (1 Sam 28:14). Elijah’s cloak must have been quite ragged, considering the prophet’s outdoor lifestyle, but it would have given him a certain air of nobility. The cloak symbolizes the paradox of prophetic office—equal parts earthly poverty and heavenly power—that Elijah will soon pass to his pupil.

Elisha hesitates at the call, which is not a failure of character so much as a recognition of the enormity of the task. He’s in good company: Moses and Jeremiah complain of their inability to speak (Exod 4:10; Jer 1:6), Isaiah demurs because of “unclean lips” (Isa 6:5), Samuel hears the Lord but doesn’t know who He is (1 Sam 3:1–8), and Jonah simply runs away (Jonah 1:3). Unlike these men, Elisha is not called by God directly but by his earthly predecessor. While God appoints him by name, Elijah does the actual calling (1 Kgs 19:16–20). Elisha’s request to “kiss his mother and father”—getting his affairs in order before leaving his former life behind—shouldn’t cast doubt on his commitment. He sacrifices his team of oxen, literally laying down his livelihood to take up the life of an itinerate prophet (compare Matt 8:22; 10:38–39; 19:21; Luke 9:57–62).

The Transfer of Power

Elisha proves his devotion in 2 Kings 2, which forms the pivotal point for the entire Elijah-Elisha narrative (1 Kgs 17–2 Kgs 13). The two prophets re-enact the exodus by crossing the Jordan River on dry ground (2 Kgs 2:8; compare Exod 14:21; Josh 3:16). From city to city, Elisha presses on with his master, unfazed by Elijah’s repeated instructions to turn back. The narrative alludes to the transfer of power from Moses to Joshua by retracing the route of the conquest in reverse. Ultimately, the office is not transferred when Elijah casts the mantle, but when Elisha picks it up from the ground as Elijah is whisked to heaven.

After such a long and miraculous career, we might expect Elisha to be carried into heaven as Elijah was. But the fiery chariots and horsemen that took Elijah up, and which Elisha had seen defending Israel (2 Kgs 6:17), were not present at his death. Joash, the king of Israel, underscores this irony at Elisha’s deathbed by repeating word for word the lament Elisha originally cried over Elijah: “My father, my father! The chariots of Israel and its horsemen!” (2:12; 13:14). The message: God reigns—not the prophets. So Elisha peers out at us from beneath his mentor’s hairy cloak, the student who surpassed, but never quite eclipsed, his master.

A type is a story element—a character, setting, or plot—that figuratively points to an antitype, the thing itself. Elisha’s miracles are types of Christ’s miracles, the antitype they foreshadow.

An archetype is an “ancient type,” a stock story element that appears repeatedly in a body of literature. Elisha’s servant Gehazi and Christ’s disciples are instances of the archetype of the Faithless Servant. 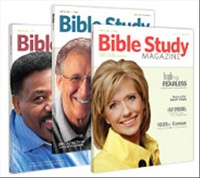