Why You Should Give Up Tithing 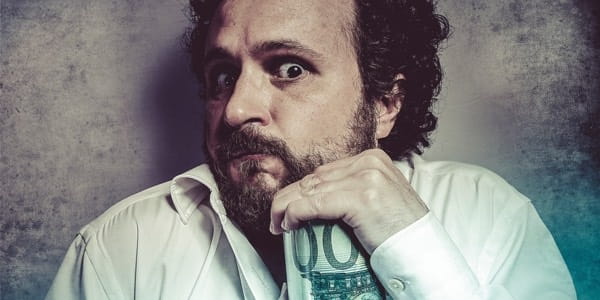 Tithing and I have a sordid past. My irresponsible (read: dumb) college days left me with a mountain of student loans and credit card debt. Each paycheck felt something like a gasp of breath barely making its way down to my lungs. That was until the next round of bills asphyxiated my meager bank account.

So, you can imagine that my first inclination was definitely not to give God 10% of what would barely cover my costs. Plus, I argued convincingly to myself, that was so Old Testament. God kept blessing me no matter what, right? And I’d worry about it when I had something to give.

But it never worked that way. God did bless, mainly by sending me a wife who had no patience for my entertainment “necessities.” As our debts slowly trickled down (very slowly), my giving still did not increase. I threw out the occasional guilt-reducing 1% here and there, but I “needed” the rest of that money.

Then, I did something crazy after reading Acts and realizing that the church during that time laughed at my puny pittance. So, I gave all my money to God—not by donating it all, but by putting it under His control and giving as much as we felt led to give. And as shocking as it seemed to me, we didn’t go broke and end up in jail. In fact, we didn’t run short of money so much that we were completely out of debt within a couple years of trying this.

Will this happen to everyone? I don’t know. But surrendering my money to God convinced me that I needed to give up the idea of mere tithing. As Dr. George Bullard points out in a recent article, tithing can, in fact, make Pharisees of us:

“Tithing can also be a restrictive cap on financial discipleship. It can set up an arbitrary goal you seek to achieve, and when you arrive at the tithing finish line you declare your race over. Now you can rest. Now you can put on your Pharisee clothes and be proud that you are not like those non-tithers.

“It is similar to how many who claim to follow Christ approach the Ten Commandments. They see these as something they are trying to live up to. But, what if the Ten Commandments are foundational for Christians? What if they are a beginning point for a wildly grace-filled life and not the goal of a rules-based life?

“What if we viewed tithing the same way? What if it is not a destination? What if tithing is a beginning point, the threshold, the doorway, the launching pad, the birth of generosity? What if we run past tithing and morph our giving pattern into a wildly generous lifestyle....

“The wildly generous disciple does not talk about a strict definition of tithing because they never intend to stop there. They are always headed somewhere beyond the tithe. They are like the runner who glides through the tape at the finishing line looking multiple yards down the track. They are not blinded by limited vision. They have the farsightedness of a generous heart and soul that has fully surrendered.”

In other words, we give because God calls us to give and because all that we have is His, not because we’re “supposed to.” If we think of tithing as just a rule instead of seeing giving as an act of grace and love, we can easily miss the point. We give because God gave His Son and Jesus gave His life. That wasn’t 10%… that was the whole thing.

Blogger and single mom Jennifer Maggio realized this same principle. Although she had no money, she also came to see that all Christians must live in a posture of giving:

“… The tithe seemed so outlandish. Yet, I thought on it. I prayed about it. I argued with God about it. I knew God was prompting me to give. So I did. I wrote my first tithe check and put it in the offering plate as it passed through. Nothing miraculous happened that day or the next or the next. I just kept giving. I actually felt good about it. I knew I was living in obedience. I knew I was doing was God called me to do. And most importantly, I learned that my giving was flowing from the love I had for my Heavenly Father and not because He needed my money.

“The more I gave, the more I was blessed. Over the next several years, I moved away from government assistance, climbed the Corporate Ladder, and made a nice living. All of those things, I whole-heartedly believe, were blessings from my obedience to the tithe. Let me be careful, here. I am not suggesting that we tithe to be blessed – that God is somehow our magical genie that we rub and make demands. I am simply saying that for whatever reason, unbeknown to me, God chose to bless my financial obedience.”

All right, you’ve heard my take and my story. Now, we’d love to hear yours. What are your thoughts on the tithe for Christians? What has God taught you?

John UpChurch is a contributor for Crosswalk.com.