King Asa was a righteous leader of God’s people. This ancestor of Christ and third king of the divided kingdom was a devout reformer who abolished the worship of foreign gods, put an end to cultic prostitution, and even dethroned his family members who disdained obedience to Yahweh. The Bible says God brought peace to the land because of Asa’s righteous leadership (2Chron.15:15). But in the course of time Asa fell to a subtle sin. It was a sin that ultimately cost him his life. It is a sin that entangles many of God’s people in comfortable places and in peaceful times. After many years of trusting God for victory on the battlefield and amid crises at home, Asa’s confidence slowly shifted from God to people and to the resources around him. When battle sprung up near the end of his reign, he relied on military alliances instead of trusting God. When he faced illness in his latter years, he trusted in his physicians instead of hoping in God. Of course military strategies are vital in warfare and doctors are important in facing a health crisis, but in both cases these should be seen as tools in the hand of our God of hope and not the hope themselves.

A few generations before, King David wrote the words that should have governed Asa’s mind: “Some trust in chariots and some in horses, but we trust in the name of the Lord our God” (Ps.20:7). This of course did not mean that David didn’t utilize the tools which were entrusted to him. But as his son, Solomon, had learned, “The horse is made ready for the day of battle, but victory rests with the Lord” (Pr.21:31). The sad and final chapter in Asa’s life reads, “even in his illness he did not seek help from the Lord, but only from the physicians; then in the forty-first year of his reign Asa died” (2Chron.16:12-13).  So then, as God blesses you with doctors, advisors, consultants and investors, please always remember the battle belongs to the Lord. 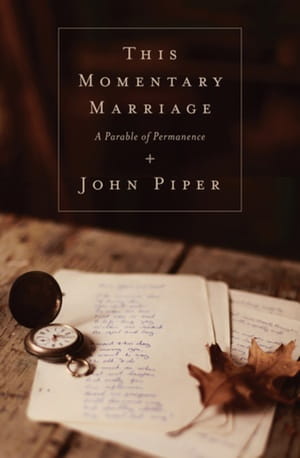 The teaching of marriage as a sacred covenant is so critical today. And it’s so much bigger than two people—marriage and the family are the foundation for the church and society.  Yet, there seems to be more messages from the pulpit on how to “clean up” the mess after the disaster of divorce than how to prevent divorce in the first place!
This month on Focal Point, we are devoted to teaching about marriage and it’s importance to God and to the proclamation of the Gospel. To help you in this area, we have selected an important resource to supplement our radio broadcasts called, This Momentary Marriage by John Piper. This book presents a vision of marriage that is higher and deeper and more fulfilling than you could ever have imagined.
Request ​This Momentary Marriage by John Piper with your donation this month.