Falling to the temptation to be “conformed to the world” (Rom.12:2) rarely had such an immediate judgment as it did when the newly inaugurated King Jehu set up a sting operation, and called together all those who wanted to continue in the status quo of worshipping the false god Baal. In his ruse, Jehu spoke of his evil predecessor King Ahab saying, “Ahab served Baal a little, but Jehu will serve him much” (2Kgs.10:18).

I can only imagine those who felt the heighted pressure to just give in to the climate of the morally declining nation. The king sent his message out far and wide for everyone to make a decision. “Who’s with us?” “Are you sure?” I can imagine the hold-outs who refused to acquiesce to the powers that be, did so with trepidation and much concern for their own safety. What those Israelites didn’t know was that Jehu was fed up with his nation’s apostasy. His “solemn assembly for Baal” was a trap. He purposed to rid the country of this treacherous rebellion against the one true God.

Every Israelite’s compromised decision to stand with the cultural elite would be their last. Jehu had them all summarily executed. Those who were willing to cash in their loyalty to God and his truth for cultural acceptance and governmental approval were the losers. God has said as much to every generation. The judgment is usually delayed, but the gamble is always a bust. May we be those who courageously stand with the Lord and his word, risking everything to be faithful despite the cultural pressure. 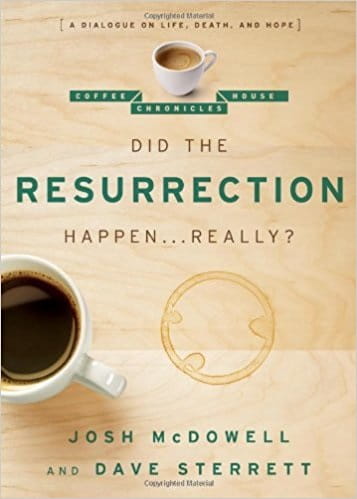 For Your Generous Donation This Month:
In Did the Resurrection Happen, Really?: A Dialogue on Life, Death, and Hope, the college campus is rocked by a shooting spree that leaves nine students dead. Their up-close experience with mortality allies the coffee house discussion group together to really wrestle with the spiritual and eternal ramifications of whether or not Jesus rose from the dead.
Request ​​Did the Resurrection Happen...Really by Josh McDowell with your donation this month.