The rains pelted hard all morning. Ruined any notion of lobbing balls out back or sliding into home. Canoeing, maybe, from third to home, but no head-first belly flop onto base. Not without a periscope and flippers.

When it slowed, at last, and came more like the dribble from a cranky faucet that won’t quite shut off, the two of us—one of whom had been pouting at the soggy windowsill—decided it was the perfect interlude for the age-old constitutional: the walk, just after the rain.

In fact, I told the little one, as we slid our arms into the yellow rubber sleeves of our water-fighting armor, as he insisted he make the duck umbrella burp and stretch out her wiry ribs, this was a made-to-order meteorological moment for a pair of sidewalk crusaders.

It’s nouns like that, I tell you, that prick up a little boy’s ears. He looked right at me with that umbrella already doubling as sword. Crusaders? I could hear his little brain gears crunching in dismay. What does she know about crusades?

“It’s worm-rescue weather,” I told him, stepping out the door and over the rivulet running east along the stoop. “This is when the worms come out, thinking they’ll just grab a little gulp of rain. But then, sometimes, the rains dry up and the poor worms are stranded there on all the sidewalks.”

I leapt right in, waited not for him to play along. Or even sign a waiver of intent.

“Here wormy, wormy, wormy,” I called, scanning here and there for a waylaid invertebrate, a worm who’d lost its way, a worm, by golly, who’d had far too much to drink and could not slither home. Or just had given in to wormly je ne sais quoi. Ennui, perhaps, of the earthworm ilk. Up and called it quits in the middle of a concrete wasteland.

The little one—too young to drop me by the hand and sprint, too old to merely play along—interrupted.

“Hey, Mom, I don’t think that’s gonna work,” he said. “I think that just works for a cat or a dog. But then you have to say their name, the cat’s name or the dog’s name. Doggy, doggy doesn’t work. And wormy, wormy doesn’t either.”

He had a point, but I had little option. No worms I knew had names. Or not that I’d been told. So I kept my eyes to the task. Scanned all the way to the corner. But didn’t see a worm, only a stick that I thought—from far away—might have wriggled once or twice but, upon close inspection, didn’t.

It was then, faced with sidewalk north or east, that I asked: “Which way has the most worm potential?”

To which he answered, proud with logic: “Why would I know that? I’m not a worm.”

Have you noticed that kids these days have surrendered their imaginations? Ah, but then he came through with plain old common sense, imagination’s reliable—if not inventive—relation.

“Anyways, Mom, can I tell you something?” he asked, not slowing for an answer. “There’s a robin. So, bingo, there must be worms somewhere.”

Crouching down, the boy who claimed no insight into worm brainworks began talking to a peachy-breasted bird: “Robin, find a worm for us.”

On command, the bird bobbed down its head and came up with a squirmy specimen. The robin, though, failed to cough it up, instead feasting on its sodden insides.

It took three more blocks of worm patrol before, at last, we found a

spineless wonder stranded on the walk.

It had inches to go before it made it back to dirt and grass, where it stood a chance of escaping errant tricycles or big flat soles that paid no mind to where they landed.

As I knelt down to teach the tender art of lifting on a stick and plopping the straggler onto the grass, my trusty sidekick kicked in, all right.

It is slow teaching, this curriculum of tenderness toward all things living, and even those that aren’t.

As long as they’ve been watching, the boys I call my own have known their mama to be some sort of creepy-crawler ferry. On a mission from God, perhaps, to let no winged thing, or multilimbed one either, suffer crushing fate or die in a wad of toilet paper.

Why, heck, they tell their friends, she carries ants and flies and even bumblebees out of doors to set them free. In the dead of winter, egad, she lets them loose down in the cellar where it’s warm enough for a cold-blooded critter.

And now, in turn, I watch the older one, the much bigger brother, do the same.

The little one, though, is waffling. On the fence about these creatures from the deep and dark side.

But there’s hope, I sense.

Stay with me here, as we leave the world of bugs and travel to a new-car showroom.

Just the other night, we found a wee sedan, a shiny black one, to replace the only one my little one had ever known.

When the man in the shiny pinstriped suit spelled out the deal, said in no uncertain terms that we had to turn in the old and not-so-shiny auto, the little one broke into tears that would not stop.

Half an hour later, the tears still poured. Not even lemonade and kisses squelched the flow. Not even big-screen TV, with baseball nearly big as life, squawking in the little room where they make you dawdle while they write up all the zeroes.

His face all red and splotchy, the worm-resistor whispered in my ear: “Can I go give the car a kiss goodbye?”

And so, by the hand I took the boy I’m teaching to be full of heart. We walked into the greasy place marked Service, where they stripped the trusty car of its old plates and emptied out its trunk, with nowhere near the honor, by the way, that it deserved.

My little one leaned on the hood, blessed the car with a tender kiss, then stretched his arms as far as he could reach around the grille. He laid his cheek onto the hood. And squeezed with all his might.

He might not have mastered the fat and squirmy earthworm, but he showed the other night that there’s quite a heart inside that little chest.

Next time it rains, we’ll try again to beat the robins and rescue stranded nameless creatures who have no legs to get them where they’re headed. 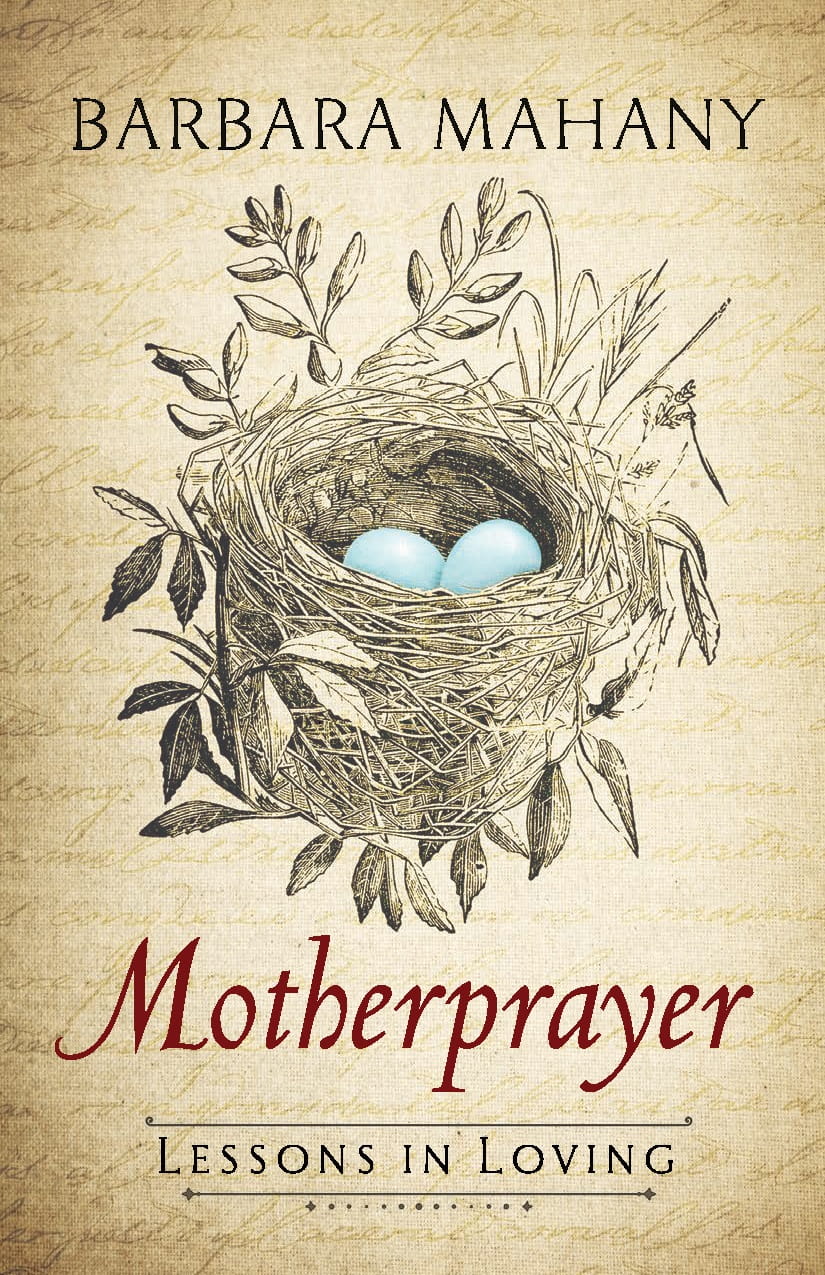 Barbara Mahany is an author and freelance journalist in Chicago, who writes these days about stumbling on the sacred amid the cacophony of the modern-day domestic melee. She was a reporter and feature writer at the Chicago Tribune for nearly 30 years, and before that a pediatric oncology nurse at Children's Memorial Hospital in Chicago. Her new book, Motherprayer: Lessons in Loving, is due out in April, 2017. It's a collection of meditations on mothering, which she calls "a real-time curriculum in loving," and from which she extracted the most lasting lessons in how to love and love deeply.