Should Young Christians Rush to Get Married? 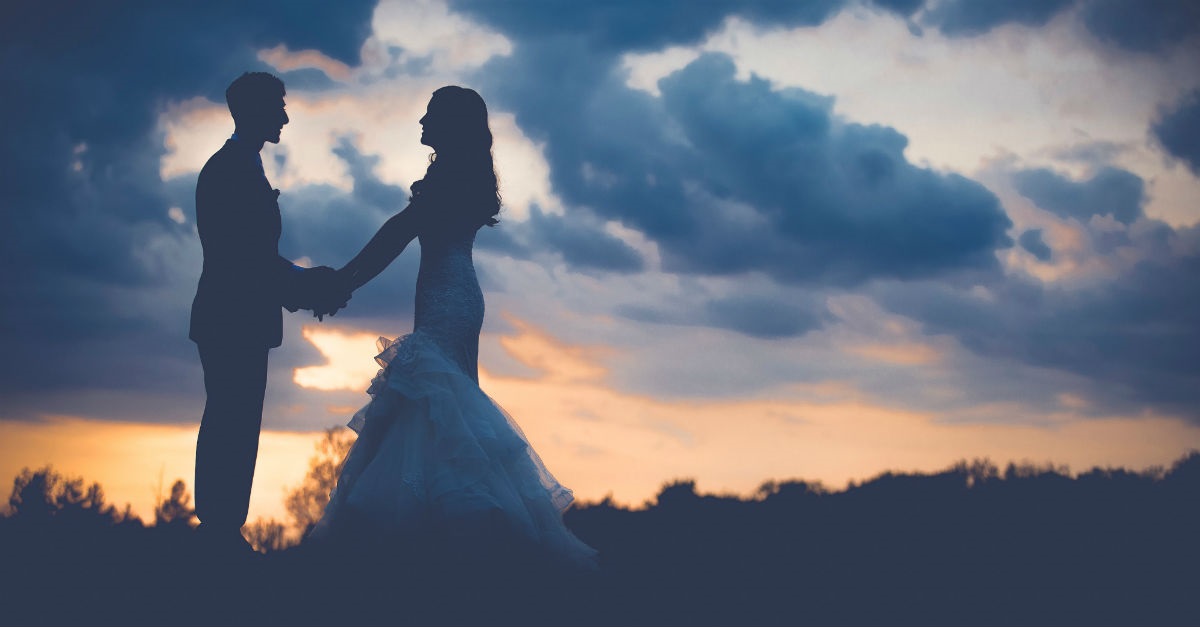 Ring before spring. Getting an “MRS” degree. Calling Bible colleges “bridal colleges.” The jokes made about college students (especially Christians) going to school to find a spouse seem never ending, but with so many people marrying young, they aren’t entirely unfounded either.

For young adult Christians who have grown up believing that sex outside of marriage is wrong, it can be understandable that they might rush to the altar with the person they feel so strongly in love with. It’s no shock to anyone that young people are flooded with feelings and desires that lead them to wanting to be physical with whoever they are attracted to, and when sex is known as a sin unless it’s with a spouse, the rush to get a ring on that finger makes sense.

With a culture that so readily promotes the “happily ever after” path and seems obsessed with the latest pop culture couplings, marriages, divorces, and drama in between, it’s not surprising that many young people would view marriage as the ultimate destination and goal in relationships. Even in the church, marriage is often lauded as the best thing, the highest achievement, the greatest gift, and it can lead young people to feeling like they have to get to that point quickly for their lives, their relationships, and their presence in that community to really matter and have value.

Ethan Renoe recently wrote an article for Relevant asking “Should So Many Christians Push to Get Married Young?” and he zeroes in on one famous Bible passage about singleness and marriage: 1 Corinthians 7. This passage has been often debated, and it raises some important (although controversial) questions.

In verse 8 of that chapter, Paul writes, “Now to the unmarried and the widows I say: It is good for them to stay unmarried, as I do.” This is a very different stance than what our culture and our churches tend to promote. “But what if Paul was telling the truth?” Renoe asks. “What if it really is better for us to remain single instead of diving headfirst into marriage?”

Wouldn’t that be something?

It’s a helpful and healthy question to ask ourselves, though. As a single woman in her mid-twenties, it’s one I find myself pondering often. The expectation seems to be that I will get meet the man of my dreams someday and then get married shortly thereafter… but I’m not so sure that’s what’s meant for me. I’m definitely in no hurry to get there if that is what the Lord has in store, that’s for sure. As I see more and more friends getting married (even friends quite a few years younger than me, which feels strange), I return to this question, wondering if marriage is really the ultimate good thing we should be striving for, or if Paul was right in encouraging singleness instead.

For the Christians (young or old) who pursue marriage as a way to justify their physical and sexual desires, it seems clear that the focus is misplaced.

“As Christians,” Renoe explains, “our primary calling in life is not to gratify our sexual desires first and foremost. It is to glorify God, enjoy Him forever, and bring others into this sphere of blessedness. For this reason, I’ve come to see many of the young marriages of Christians as more of a detriment to the work of the church than a blessing.”

He goes on to say, “what I mean by that is, if we really believe that Jesus, not sex, is the source of our satisfaction, it should affect the way we live our lives. It means perhaps we would spend years of our lives giving to the world in sacrificial and beneficial ways before settling down with our sweetheart to raise children rather than diving into marriage for the wrong reasons.”

Now, this does assume that sex and a desire for physical intimacy is the driving force behind young couples getting married, which isn’t always the case. But he does make a good point that the Lord has great opportunities in store for us in our twenties and thirties when we free ourselves to follow his leading and serve him with our lives, unencumbered by such a serious relationship commitment. It’s not that the desires for intimacy go away, but instead that those who choose to embrace singleness instead redirecting those desires toward Jesus and the work he has for us instead.

We can pursue intimacy in other ways-- in our prayer life with the Lord, in our Bible studies and conversations with close friends, in sharing our stories vulnerably with one another, and with sharing common interests and bonding with others around us.

While there have admittedly been times or seasons of my life where I have felt the absence of a meaningful relationship or longed for a husband, there have been many more times where I have been grateful for the freedom that comes with singleness, especially when it comes to service opportunities and ministry work in my church and community.

“We have become blinded by a culture that teaches that the truest source of satisfaction is sex, so it makes sense that many of us would marry young for a taste of that ecstasy,” Renoe writes.

Like Renoe concludes, there is no hurry for us to get married. There are so many opportunities before us in the seasons we are in now, and there is so much goodness to be found in a life wholly committed to serving the Lord and others. Pursue him first and foremost, and discover that he, better than any other, can and will fulfill every desire of your heart, no matter your relationship status. The rings can wait.