Why the Church Must Act as a Home

THE CHURCH AS HOME

In The Confessions Augustine tells the conversion story of Marius Victorinus, an honored philosopher in ancient Rome whose statue stood in the Roman forum. Before his baptism as a Christian he had vigorously defended the idolatrous Roman cults. After his study of the Scriptures, Victorinus was converted, though he did not immediately pursue membership in the Christian church. “He was afraid to offend his friends, proud devil-worshippers,” Augustine concluded. Victorinus did, however, privately announce his conversion to Simplicianus, a church leader. “Did you know that I am already a Christian?” he asked eagerly. “I shall not believe that,” said Simplicianus, “or count you among the Christians unless I see you in the Church of Christ.”

This is a strange story for evangelical ears. Today, we can hardly imagine refusing recognition of someone’s sincere confession of faith or of making salvation conditional on church membership.

Yet sixteen hundred years ago this was an agreed-upon formulation of obedient Christian faith: if a person wanted to follow Jesus, they joined the church.

Seismic shifts in thinking have occurred between Augustine’s day and ours, not least of which is the emphasis on the individual rather than the collective. Today, we’re tempted to privatize our faith. Church membership is presented as one of many appealing choices in the spiritual growth cafeteria line, participation in a local church as optional as pie. Spiritually, there’s no real sense of need for church, only preference.

But according to the language of Scripture, we cannot divorce ourselves from the church any more easily than we could cut off our hand or renounce our blood lines. The church is the believers’ new family. It is home. When Jesus was reminded by his disciples that his mother and brothers were anxious to speak to him and prevented by the crowds from reaching him, Jesus answered, “My mother and my brothers are those who hear the word of God and do it” (Lk 8:21). He did not define his family according to blood relationship but according to spiritual ties, demonstrating that a believer’s primary relationships are not those of their biological family. Instead, the Christian pledges first allegiance to a new household of faith.

The domestic term household is the metaphor the apostle Paul uses to describe the church in his first letter to Timothy. In the church, where everyone is regarded as family, older men should be treated as fathers, younger men as brothers; older women regarded as mothers, younger women as sisters. While this doesn’t exempt women and men from direct responsibilities to their families of origin and marriage, it does mean that everyone gets a family. As is clear in 1 Timothy 5, which details the principles governing the care for widows, when a widow has no relatives to look after her, the church will be to her a family.

In his book Spiritual Friendship Wesley Hill explores the reconfiguration of human relationships in light of the gospel, arguing for a return to promise-bound friendships sustained by the church. He notes the diminishing importance of friendship in contemporary culture and identifies several reasons for our disinterest in keeping at the housekeeping of Christian community, including our modern mythology of marriage. As the story goes today, the relationship of ultimate significance is the wedded love of husband and wife; second to it is the loyalty that parents have to their children. Unfortunately, however, this limited conception of “home”—as the shared space of the nuclear family—leaves a lot of people out, including Hill, a gay Christian pledged to celibacy. He cites the architectural shift in England from the great medieval hall, “which in former times had been the places for gentlemen to display their friendships through public gestures of affection,” to small dining rooms—or marital spaces. Retreat and isolation continues to be hardwired into much of our built environment—to the peril of home as God intended it.

The church, Hill argues, must bear witness to bonds of human love and loyalty that exist outside of the marriage covenant—to a home that exists outside of the nuclear family. “A great company of saints witnesses to the fact that we can indeed flourish without romance, marriage, or children; I don’t know of one who witnesses to the possibility of our flourishing without love altogether.” Hill writes of looking for a place to put his love. A home, in other words.

The church is home, and part of our daily housekeeping is learning to belong to one another. If this is good news for the unmarried, it is also good news for me. The nuclear family cannot bear the full weight of human hope and expectation, struggle and need. It’s too fragile and human an entity. As a married woman with children, I need relational connection and commitment beyond the circle of my immediate family, both for myself as well as for the sake of my family.

According to the Scriptures, it is not parents alone who are responsible for the love and nurture of our children: the church participates in this task with us. This divinely ordained cooperation is recognized at every baby’s dedication or baptism. At that holy moment when the pastor prays (and the infant cries), church and family together commit to partnership. James K. A. Smith writes that at a child’s baptism (Smith is a paedobaptist) bloodlines are relativized, and the nuclear family rejects the modern domestic ideal of the family as “closed, self-sufficient autonomous unit.” Quoting Alexander Schmemann, Smith writes, “The promises in baptism indicate a very different theology of the family, which recognizes that ‘families work well when we do not expect them to give us all we need.’” But whether we baptize our infants or not, the principle is the same: our active participation in the church—and our willingness to see it as home—relieves some of the onerous burdens of childrearing, often made heaviest by our sense of limitation.

We can’t parent alone. And we aren’t meant to. We have friends—better, brothers and sisters, aunts and uncles—to help carry some of the worry and weight of the family housekeeping. And as I’ve learned from recent research, the most important predictor of whether children from Christian families keep their faith into adulthood is the number of multigenerational connections they enjoy at church. Teenagers may not need a youth group populated by hundreds of peers, but they do need other Christian adults in their church to take an interest in them and communicate that they belong. 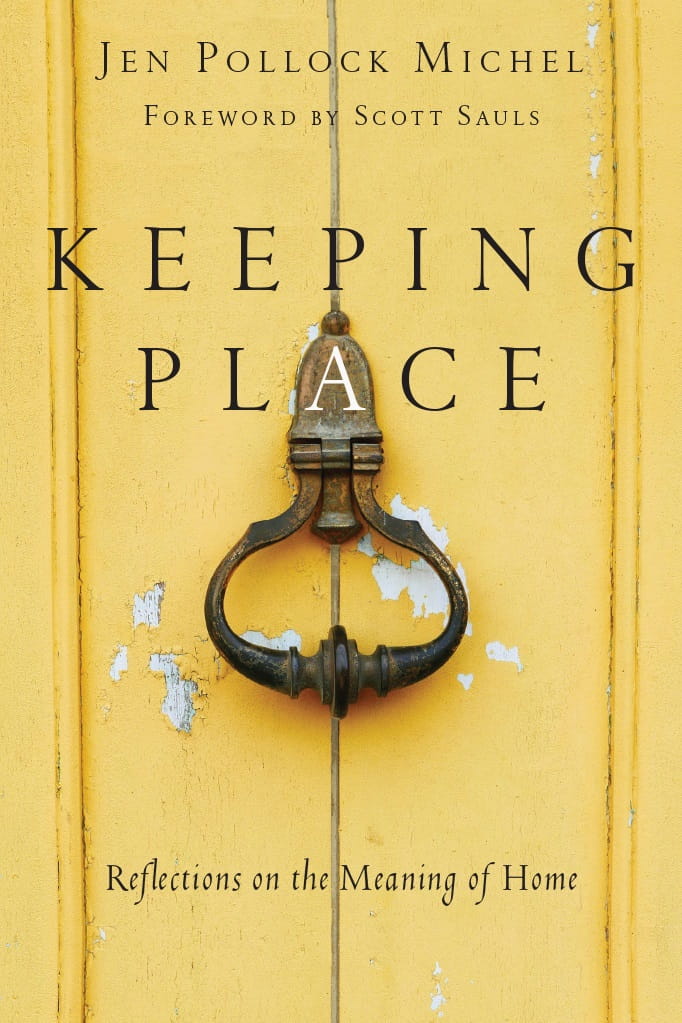 Jen Pollock Michel is the author of Teach Us to Want and is a regular contributor for Christianity Today and Moody Bible Institute's Today in the Word. She earned her BA in French from Wheaton College and her MA in literature from Northwestern University, and she belongs to Redbud Writers Guild and INK. Wife and mother of five, Jen lives in Toronto, Canada, and is an enthusiastic supporter of HOPE International and Safe Families.