Why There’s Nothing Wrong with Ambition

Knowing how to handle ambition as a Jesus-followers is tricky. I’ve heard some leaders say that it’s wrong to follow your ambitions, while others have said we need to be more ambitious.  I’ve seen ambition destroy leaders, and I’ve seen it motivate leaders to do the seemingly impossible. This diversity of views on this topic complicates what Christians think when we feel the hunger of ambition in our hearts.

In its purest form, there’s nothing wrong with ambition.  You have it. I have it. It’s one of the hallmarks of leadership. It’s that desire to move something forward, to make something better. Ambition is what drives us to want more opportunities, to have more influence, and to contribute to the mission with greater impact.

The problem for many Christian leaders is that they do not know what to do with that drive inside. And what you do with ambition will make all the difference in your ability to lead when you’re not in charge.

The first response of many leaders, especially Christian leaders, is to look for ways to kill their ambition. I know many church leaders who struggle with their ambition because they see it as an expression of selfishness or a desire for promotion that might come at the expense of others.

If you’ve been taught to view ambition as a danger to spiritual growth, an impediment to being a follower of Jesus, the spiritual thing to do is to kill it.  Some leaders want to get rid of their ambition, drowning their dreams, abandoning their hopes, and ceasing to pursue more.  Why?  Because they aren’t sure how to channel that desire to lead and bring change into something good and positive. And sometimes potential leaders squelch their ambition because they are under authority; they aren’t in charge so they abandon their ambition and influence.

When I became a Campus Pastor, I had a lot of ambition for our campus, for our teams, and for myself. I had grand ideas around how we would interact with new guests, what our music culture would feel like, how to bring synergy to student and children’s ministry, and how to create more energy in our adult services. Right or wrong, I felt hamstrung by the structures of authority above me. Without realizing it, my ambition and vision for change had grown distorted. So I put it all on mute.  I shut it down, thinking that the time wasn’t right.  It wasn’t until a crucial moment in Andy’s office (Andy Stanley is my boss) that it dawned on me I wasn’t acting wisely or responsibly with my ambition.  I was killing it. And killing it is not the answer.

Looking back, I can see where these distorted ideas came from. I was raised in a church where the desire to do something with my life was too easily confused with the desire to make something of my life. Ambition was outlawed in the name of piety and humility. The people were well-meaning, but the message was clear: kill the ambition before it kills you. When it came to ambition, I thought the rapper Ice Cube said it best, “You better check yo’ self before you wreck yo’ self.”

The extreme of killing our ambition focuses on an internal solution to the problem of ambition. We look to blame others for our lack of authority, we contract a critical spirit toward those in who are in charge, and we end up sabotaging the very thing we’re seeking. To quote Dr. Phil, “How’s that working for ya?”

The older I get the more I realize that between the extremes there is usually a third option. It’s more powerful than a title and more influential than a position. It’s the way God originally made you to lead.

When one of the experts on the law asked Jesus about the greatest commandment, Jesus cut through the clutter and confusion of that question and offered a hauntingly clarifying answer.

If your hands are open to whatever God might want to do through you, even if that means that you’ll never be in charge, you’re in a good spot. Because when ambition is harnessed under God’s authority for his glory, you’ll find yourself leading in the way you were meant to lead. 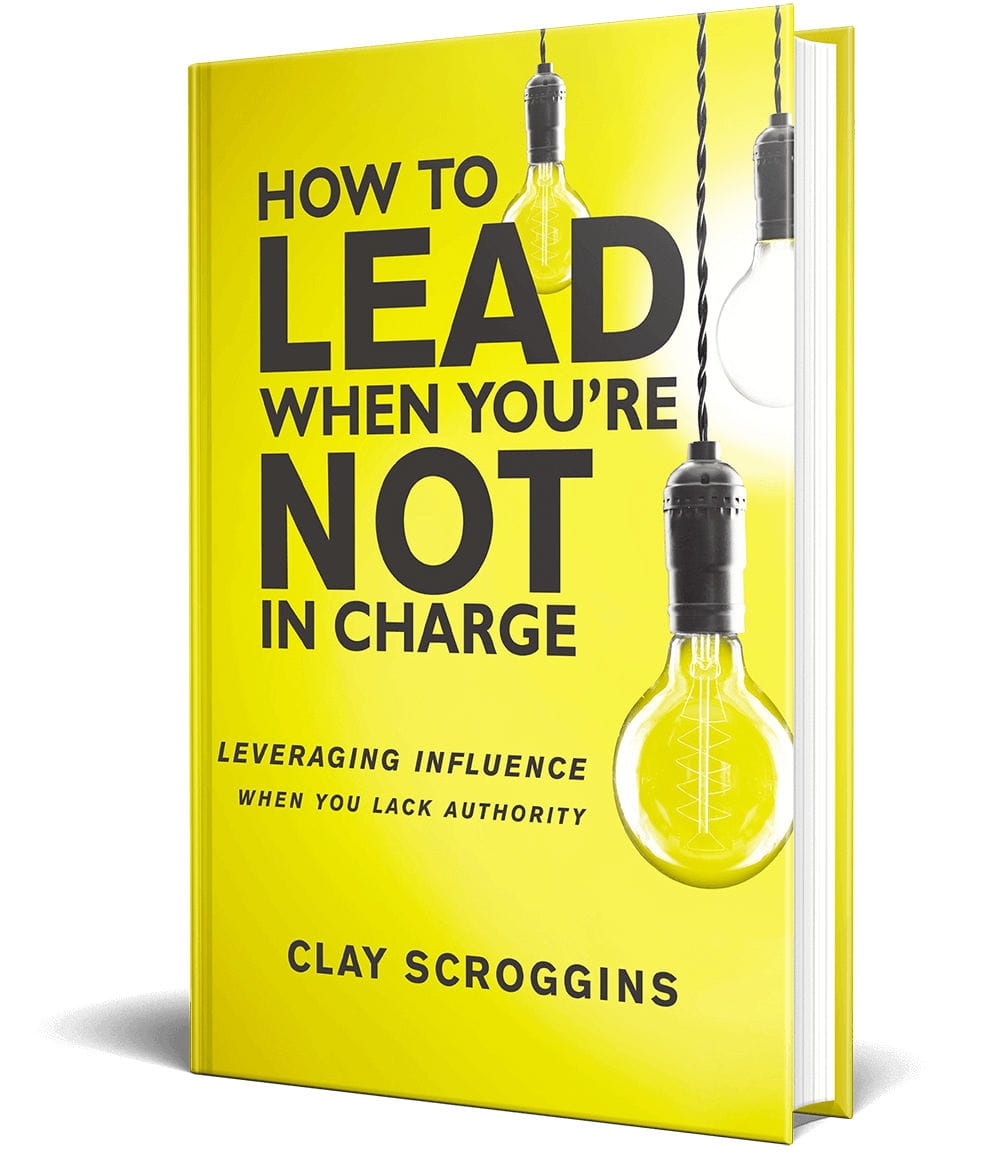 Clay Scroggins is the lead pastor of North Point Community Church, providing visionary and directional leadership for all of the local church staff and congregation. As the original and largest campus of North Point Ministries, ranked by Outreach Magazine in 2014 as the Largest Church in America, NPCC averages over 12,000 people in attendance. Clay works for Andy Stanley, one of the greatest leaders on the planet, and understands firsthand how to manage the tension of leading when you’re not in charge.

Starting out as a facilities intern (a.k.a. Vice-President of Nothing), he has worked his way through many organizational levels of North Point Ministries and knows all too well the challenge of authority deprivation. Clay holds a degree in Industrial Engineering from Georgia Tech as well as a Master’s degree and doctorate with an emphasis in Online Church from Dallas Theological Seminary. He lives in Forsyth County, Georgia, with his wife, Jenny, and their four children.