All my heroes walk with a limp. They limp because their faith was forged in the fires of pain, suffering, and doubt. I don’t get carried away by the latest fad book, the trendy, tweet-sized philosophy, or the bumper sticker theological treatise. I just don’t have time for that anymore.

When men and women have suffered greatly, I will eagerly listen to them. Pain cuts through the chaos and clutter of modern life. Even before I had personally experienced deep pain in my life, I always seemed to gravitate toward people who had endured pain and hardship and somehow came out on the other side alive.

One of those people is Mother Teresa. She lived, breathed, and touched death for decades. She poured out her blood, sweat, and tears to comfort the sick and dying in the streets of Calcutta. Her job was brutal and depressing. But she found joy in it. She knew God called her to this horrendous place, and she embraced it.

Most people know Mother Teresa as an iconic figure of piety, self-sacrifice, and faith. What most people don’t know is that throughout her life she felt plagued by the pain of doubt. She wrote: “I feel just that terrible pain of loss, of God not wanting me, of God not being God, of God not really existing.”1 And in another personal letter, she struggled with accepting the love of Jesus: “Jesus has a very special love for you. As for me, the silence and the emptiness is so great that I look and do not see, listen and do not hear.”2

People of faith have been divided over the discovery of Mother Teresa’s doubt. Chris Armstrong reported that “the Christian world drew a collective breath of shock when, in 2007, we discovered through a posthumously published book that Mother Teresa of Calcutta had undergone a severe, intense dark night that persisted through almost her entire ministry.”3 When her doubts were publicized around the world, the media mocked her, revealing their gross misunderstanding of the nature of faith, doubt, and certainty. They tried to use her doubts against her faith, calling her a hypocrite.

In great contrast, I rejoiced at the revelation and actually felt a sense of relief. “If it’s okay for Mother Teresa to have doubts about God, maybe it’s okay for me to have doubts too.” She was one of the most admired women in the world. She gave her life to serve the poor and dying in one of the biggest slums on the planet. Mother Teresa’s doubt helped me, and I believe her doubt can serve as a remedy for other suffering doubters because the problem for many of us is this—we doubt alone.  And this loneliness can make us feel that if we do not have certainty about God or our faith in God, then we could be on the verge of losing faith altogether. At best, we feel like second-class Christians.

The fact is, doubt is part of the normal Christian life for many known and unknown saints. If you think about it, the whole idea of faith presupposes doubt. If we know everything, we don’t need to have faith in anything. Doubt keeps our faith honest and our prayers real. Doubt gives us some epistemological humility. In other words, we need to accept the truth that no one, I mean no one, can have absolute certainty this side of heaven. Yes, Mother Teresa doubted. She is one of a long line of doubters. It should give us courage to admit our own doubts to ourselves, to others, and especially to God.

Doubting is not unique to a person or a time period. It is the nature of being a finite human living in a complex world filled with pain, disappointment, and questions about existence that will never be answered on this side of life. Doubting is biblical, historical, and normal for just about anyone trying to follow God with their life. It takes courage to face uncertainty and to live with doubts that may never completely go away.

Over the years, people came from all over the world to seek the wisdom of Mother Teresa. One of those seekers was a philosopher and professor named John Kavanaugh. Kavanaugh traveled thousands of miles to Calcutta to meet with this revered spiritual leader in hope of receiving some guidance. On his first morning there, Mother Teresa asked Kavanaugh why he journeyed such a long distance to visit her in the “house of the dying.”

Kavanaugh replied, “I want you to pray for me.”
She asked, “How can I pray for you?”
He said, “Pray that I have clarity.”
Mother Teresa responded, “That I will not do.”
Her response stunned Kavanaugh. “I don’t understand. Why not?” he asked.
She smiled and said “Clarity is the last thing you are clinging to and must let go of.”4

I like this simple story. Clarity, like certainty, can become an idol. Kavanaugh, like most of us, wanted certainty that his next steps were the right ones … the steps God wanted him to take. Mother Teresa knew such certainty was not available, so she chose to tell him that he must let go of that desire.

Still confused, Kavanaugh responded, “You always seem to have clarity.” Teresa laughed and said “I have never had clarity. What I have always had is trust. So I will pray that you trust God.”5

Perhaps that should be our goal. Not a doubt-free existence, but a simple trust in the God who is really there. This God who meets us in the midst of our pain, suffering, and doubt. 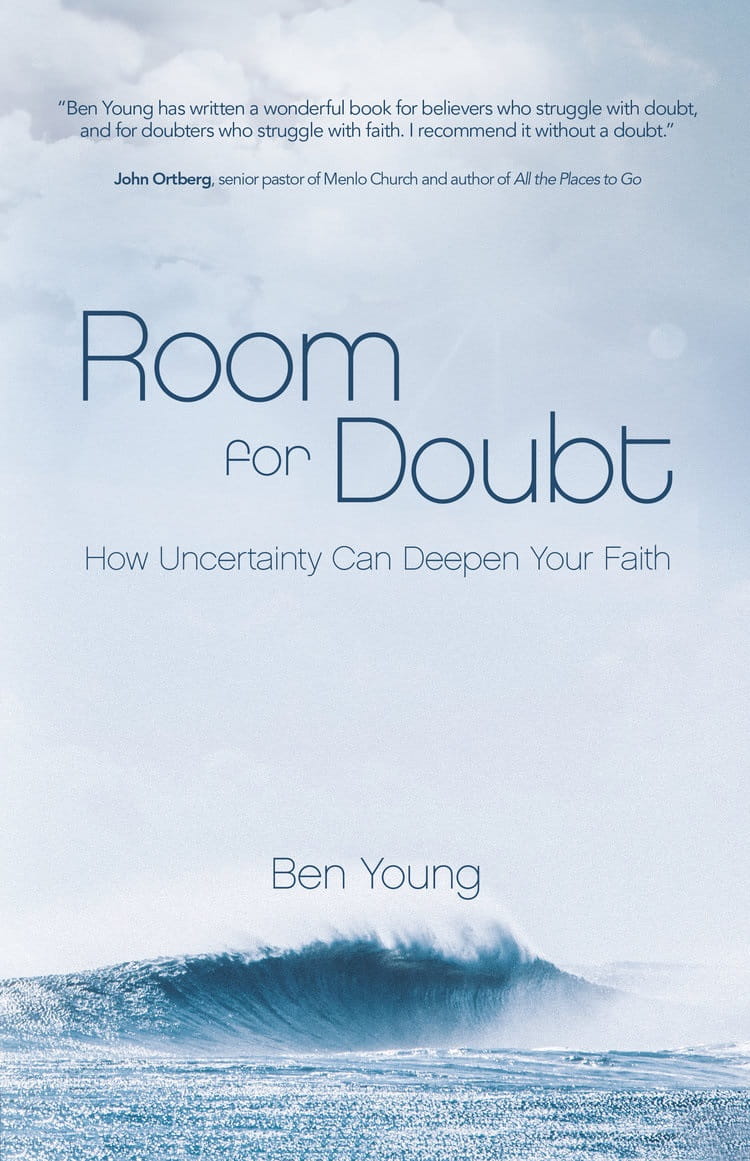 Ben Young, DMin is a writer and teaching pastor at Second Baptist Church in Houston, Texas. He is also an adjunct professor at Houston Theological Seminary, and the author of seven books, including Devotions for Dating Couples and Room for Doubt: How Uncertainty Can Deepen Your Faith.  www.benyoung.org

This article is the second in a three part series on Doubt and Faith:
Part I - Doubting Mother Teresa
Part II - A Man of Great Doubt, Martin Luther
Part III - Even C. S. Lewis Doubted