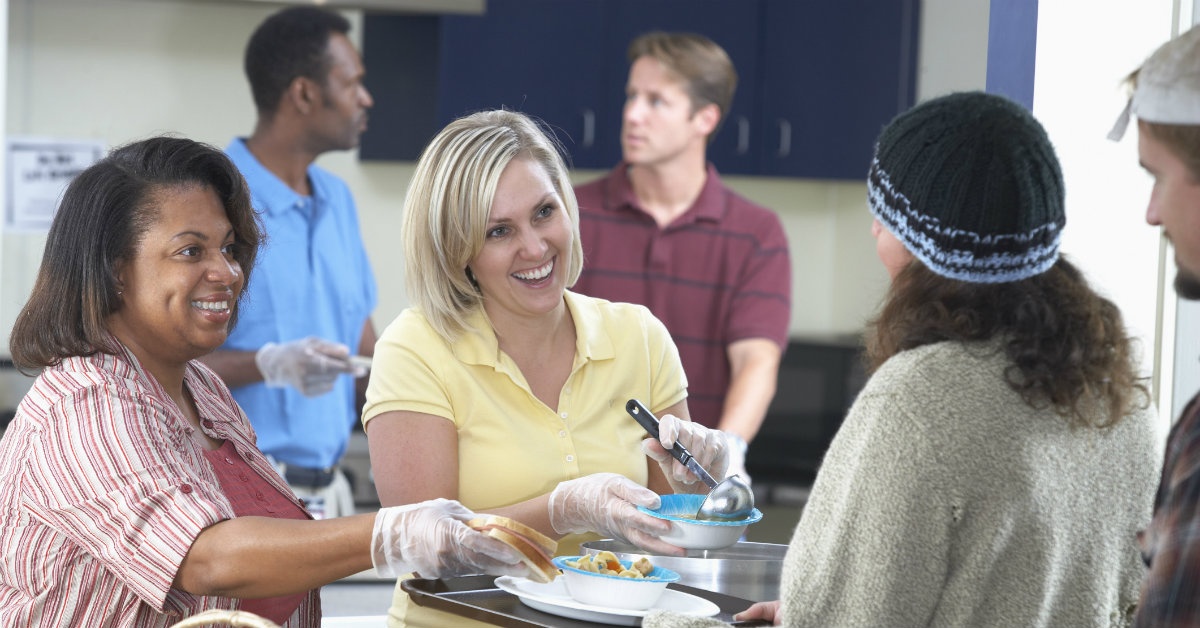 “A disciple is not above his teacher or a slave above his master” (Luke 6:24).

In the days following Hurricane Katrina, Rudy and Rose traveled to New Orleans to help. Unable to find a place to plug in, Rudy walked into the kitchen of Williams Boulevard Baptist Church and volunteered. That church was strategically situated next to the Highway Patrol headquarters which was hosting hundreds of police as they protected the darkened city. The church had become a hotel for the troopers and the women of the congregation were serving three meals a day. They welcomed Rudy and assigned him to the garbage detail.

Not exactly what he had in mind.

Rudy had been pastoring a church in southern Canada. When he saw the suffering of our people on television–entire neighborhoods flooded, thousands homeless, people being rescued off rooftops–he resigned his church, sold his gun collection to fund the move, and he and Rose came to help.

Now, he ends up emptying garbage cans. By his own admission, Rudy was developing an attitude problem.

One day he was lifting a large bag of garbage into the dumpster. The kitchen workers had been told not to put liquid garbage into the bags, but evidently they didn’t get the message. Suddenly, as Rudy was lifting it up, the bag ripped and all kinds of kitchen leftovers poured down over him–gumbo, red beans and rice, gravy, grease, whatever.

Rudy stood there drenched in garbage, crying like a baby.

That was a Thursday. Late the following Saturday night, a minister from that church woke him up. “Rudy, our pastor is sick. They tell me you are a preacher. Can you preach for us tomorrow morning?”

In time, Rudy became pastor of one of our churches. He turned the little congregation into a center for training teams to go down the river sharing the love of Christ with those whose lives had been upended.

The Lord gave Rudy and Rose French an unforgettable ministry to the victims of Hurricane Katrina. But it began with his “baptism of garbage,” if you will.

You will be a servant. You have no choice if you are to follow Jesus. He characterized Himself as a Servant. The way to greatness in the Kingdom, He said, is through serving.

The Scriptures are saturated with teachings and examples and encouragement regarding servanthood. Here are seven laws–non-negotiable elements, iron-clad principles–regarding serving in the Kingdom of God.

1. Only the strongest can serve.

The weak, the immature, and the carnal want only to be served.

Other than the cross of Calvary itself, the best illustration of servanthood is found in John 13:1-4. Our Lord washed the feet of His disciples. Describing the event, John tells us five important things: 1) Jesus knew what time it was; His hour had come; 2) He knew His own and loved them to the very end; 3) Jesus knew His strength and authority; 4) Jesus knew He was from God; and 5) that His destiny was Heaven. So, knowing all of this, He is able to stoop and serve.

Why? Because the work is hard and thankless and requires brokenness.

2. Only by constantly humbling ourselves can we do the work of a servant.

The disciples were offended. Washing the feet of others, we’re told, was not only the work of the lowliest household servant, but preferably someone not Jewish. And here was the Lord Himself doing this humiliating task.

Our natural inclination is to wanting to be served, not to serve. We like acclaim, to be recognized and appreciated, and swoon at thoughts of receiving the adoration of the masses. But those urges are anathema to the children of God.

We must humble ourselves. Why? Because the work of a servant is often difficult, embarrassing, and painful.

3. “What can I do to help?” is the constant question of the servant.

The beggar of Jericho kept begging “Jesus, Son of David, have mercy on me!” When he stood before the Savior, Jesus said to him, “What do you want me to do for you?” (Luke 18:41). That is the question of a servant.

Why? Because the servant is focused on blessing others. He lives to make others successful.

“We do not preach ourselves,” said the Apostle. “But Christ Jesus as Lord. And ourselves your servants for Jesus’ sake” (2 Corinthians 4:5). To serve “for Jesus’ sake” means we take orders from the Lord Jesus on how to serve others.

Why? Because we belong to Jesus. He saved us, redeemed us, and sent us. Jesus is Lord.

5. The servant seeks no recognition or earthly reward.

In the parable of Luke 17:7-10, our Lord instructed that even when we have done everything He commands–and who among us has done that?–we are to say to ourselves, “I am only an unworthy servant; I’m just doing my duty.”

It’s always important to point out that this assessment–“I am an unworthy servant, just doing my job”–is something we say to ourselves, not to one another (see number six). Nor will the Lord say that to us (number seven).

Why? Because the ego must be constantly placed on the cross. “It is the Lord Christ you serve” (Colossians 3:24).

6. The servant never hesitates to honor others who serve well.

Why? Because this is what love does.

We must not miss the irony here. We do not seek recognition, but we must be prompt in giving appreciation. I imagine the implication of that would therefore be, we should not value the appreciation when it is given. If we were to do so, we might become too dependent on it. And the servant who needs to be appreciated is setting himself up for disappointment.

7. The servant looks to his Master for recognition and reward.

Our Lord has told us what to expect. “Well done, good and faithful servant. You have been faithful over a few things; I will make you ruler over many” (Matthew 25:41,23).

So many other texts prepare us for the moment when the Lord makes things right. “You will be repaid at the resurrection of the righteous” (Luke 14:14). And “Henceforth, there is laid up for me the crown of righteousness, which the Lord, the righteous Judge will award to me on that day. And not to me only but to all those who love His appearing” (2 Timothy 4:8).