Jesus Wept (But Do You Know Why?)
By Jon Bloom

The shortest verse in the Bible is John 11:35: “Jesus wept.” But for all its grammatical simplicity, it’s packed with unfathomable complexity. Jesus wept after speaking with Lazarus’ grieving sisters, Martha and Mary, and seeing all the mourners. That seems natural enough. Most of us would have wept too. Except that Jesus had come to Bethany to raise Lazarus from the dead. So one would think that Jesus would be a confident, joyful calm in that storm of sorrow. But he was “greatly troubled” (John 11:33) and he wept. Why? Here are four possible reasons why Jesus was weeping and troubled. 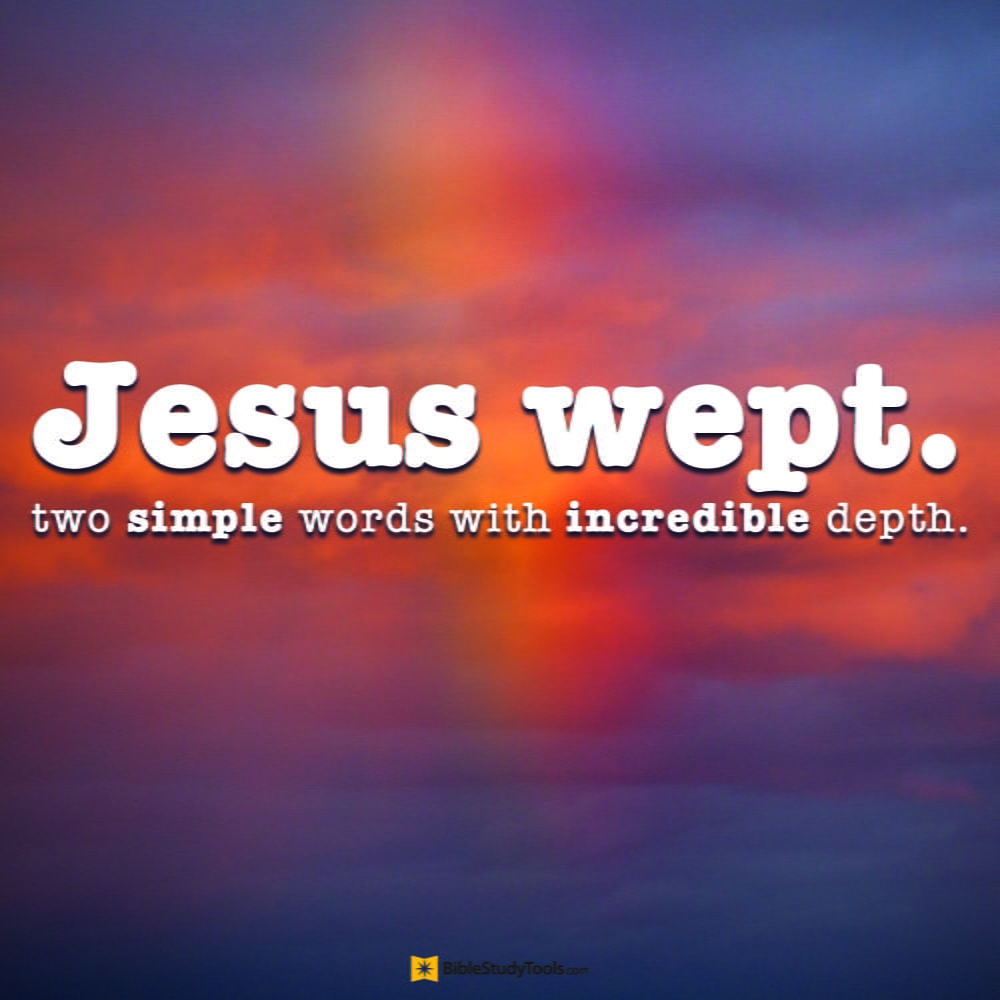 1. Jesus wept out of compassion

One reason is simply the deep compassion that Jesus felt for those who were suffering. It is true that by not speaking healing from a distance or by his delay in coming (John 11:6) he had let Lazarus die. Even though Jesus always chooses what will ultimately bring his Father the most glory (John 11:4)—and sometimes, as in this case, it requires affliction and grief—he does not take delight in the affliction and grief itself. No, Jesus is sympathetic (Hebrews 4:15) and we get a glimpse of how the Father feels over the affliction and grief his children experience.

2. Jesus wept over the wages of sin

Another reason Jesus wept was over the calamity of sin. As God the Son who had come into the world to destroy the devil’s works (1 John 3:8), Jesus was about to deliver death its deathblow (1 Corinthians 15:26). But sin grieves God deeply and so do the wages of sin: death (Romans 6:23). And ever since the fall of Adam and Eve he had endured sin’s horrific destruction. Death had taken Lazarus, and it would take him again before it was all over. Tears of anger and longing were mixed with Jesus’ tears of grief.

3. Jesus wept because he knew the sacrifice

A third reason for weeping was the cost that he was about to pay to purchase not only Lazarus’ short-term resurrection but his everlasting life. The cross was just days away and no one really knew the inner distress (Luke 12:50) Jesus was experiencing. Jesus, who had never known sin, was about to become Lazarus’ sin, and the sin of all who had or would believe in him. He was looking to the joy that was set before him (Hebrews 12:2). But the reality of what lay between was weighing heavily.

4. Jesus wept because he knew the accusations

A fourth possible reason for Jesus’ tears was that he knew that raising Lazarus would actually cause the religious leaders to finally take action to put him to death (John 11:45-53). If Jesus had any struggle that day would not have been whether his Father would answer, but what would result when his Father answered. Giving Lazarus life was sealing Jesus’ own death.

Just these few reasons for Jesus’ weeping at Lazarus’ tomb give us a glimpse into how God views our suffering and death. His reasons for not sparing us these things are righteous and glorious. But in them he is full of compassion (Psalms 103:13), he hates the calamity sin brings, and he himself has suffered more than we ever will ever know in order to pay the full cost of our eternal resurrection.