Bible Verses that Undeniably Describe the Trinity
by Jennifer Waddle

If ever there was doubt about the deity of Jesus, John 1 sets the record straight. From the beginning, Jesus existed. He was with God, and He was God. In fact, the book of Hebrews records Jesus as the Creator of all things.

“You, Lord, in the beginning laid the foundation of the earth, and the heavens are the work of Your hands.” Hebrews 1:10

Skeptics will point out that the word “trinity” isn’t in the Bible. That is true. However, the Scriptures clearly identify the trinity as One God, complete in three persons—Father, Son, and Holy Spirit. 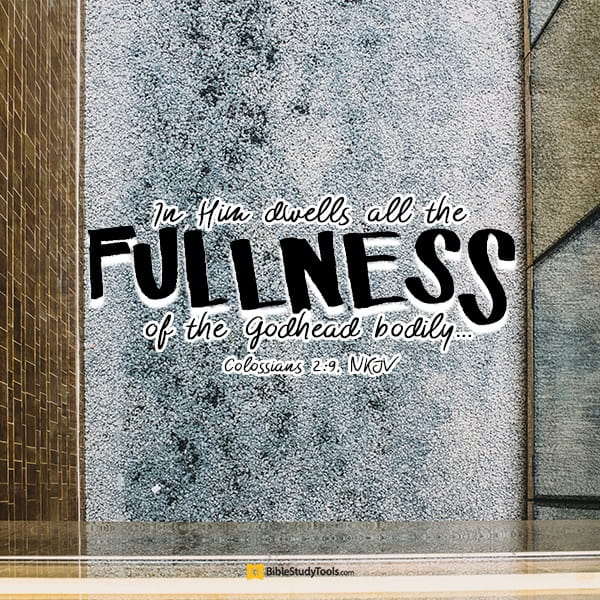 Here are 4 verses that undeniably describe the Trinity:

1. For unto us a Child is born, unto us a Son is given; and the government will be upon His shoulder. And His name will be called Wonderful, Counselor, Mighty God, Everlasting Father, Prince of Peace. Isaiah 9:6 NKJV

It is nothing short of amazing that Isaiah prophesied about Jesus hundreds of years before His birth. He identifies the Son as Mighty God and Everlasting Father. In fact, the book of Isaiah is full of revelation about the deity of Christ. (see Isaiah 7:14, 12:2-3, 42:8, 44:6)

2. The Word became flesh and made His dwelling among us. We have seen his glory, the glory of the one and only Son, who came from the Father, full of grace and truth. John 1:14 NIV

Trying to understand Jesus as fully God and fully man is sometimes difficult. Our minds cannot comprehend the Creator of the universe stepping down from heaven and dwelling among us. In fact, that was a huge stumbling block to the Jewish nation, who had their hopes set on a Messiah who would come to rule and reign.

3. For in Him dwells all the fullness of the Godhead bodily…Colossians 2:9 NKJV

Perhaps you’ve seen the object lesson of an ice cube being heated in a pan. The solid cube represents the Father, the steam rising symbolizes the Holy Spirit, and the water that remains refers to Jesus. From one piece, three elements are displayed. This tiny example may not fully explain the mystery of the Trinity, but it offers insight into three distinct parts demonstrated from one whole.

The Son is the radiance of God’s glory and the exact representation of his being, sustaining all things by his powerful word. Hebrews 1:3 NIV

4. For there are three that bear witness in heaven: the Father, the Word, and the Holy Spirit; and these three are one. 1 John 5:7 NKJV

This verse leaves no room for doubt that God exists as the Trinity. The Father, the Word, and the Spirit each have their specific role within the Godhead. We do not worship, as some false religions would say, a “three-headed” god. We worship the one true God of the Bible.

Perhaps, our finite minds will never fully understand the miracle of the Trinity. However, the working of the Father through the righteousness of His Son and the power of His Spirit, is a magnificent truth that cannot be denied.