BIBLE VERSE OF THE DAY: And being found in appearance as a man, He humbled Himself and became obedient to the point of death, even the death of the cross. - Philippians 2:8

How Humility and Obedience Go Hand in Hand
by Jennifer Waddle

Jesus humbled Himself many times and in many ways during His life on earth. At the age of twelve, He humbly obeyed His parents by leaving the temple and His “Father’s business” to return home with them. (Luke 2:41-52) He humbled Himself when being baptized by John, fulfilling all righteousness. (Matthew 3:13-17) And, Jesus served His disciples in humility by washing their feet as an example of servanthood to them. (John 13:1-17)

There was, however, no greater example of humility than that of Jesus’ obedience to death on the cross. He chose to humble Himself, despite the immense battle raging within His soul. 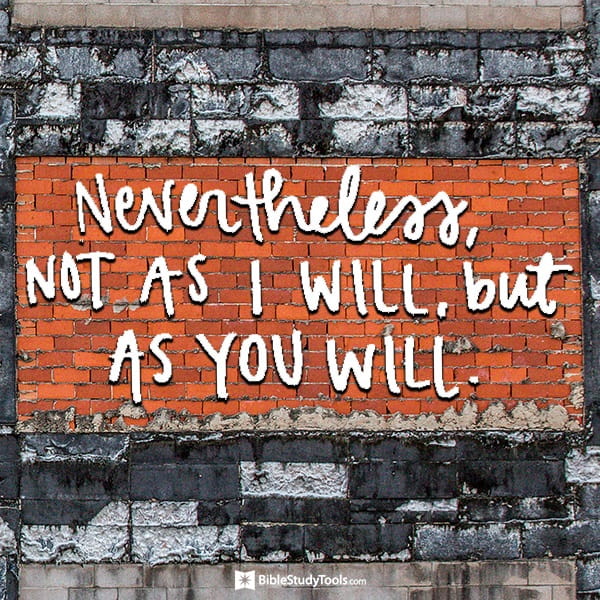 Then Jesus came with them to a place called Gethsemane, and said to the disciples, “Sit here while I go and pray over there.” And He took with Him Peter and the two sons of Zebedee, and He began to be sorrowful and deeply distressed. Then He said to them, “My soul is exceedingly sorrowful, even to death. Stay here and watch with Me.” He went a little farther and fell on His face, and prayed, saying, “O My Father, if it is possible, let this cup pass from Me; nevertheless, not as I will, but as You will.” Matthew 26:36-39

In the face of intense sorrow, even to the point of death, Jesus humbled Himself in perfect obedience to the Father. He wasn’t afraid to ask that the cup be taken from Him—that God would perhaps deliver Him from suffering—but in the end, Jesus surrendered His will.

“Nevertheless, not as I will, but as You will.”

Humility and Obedience go hand in hand. Without one, the other is nearly impossible. It’s like the example of a child, when told to clean their room, who stomps down the hall and slams the door. Eventually, the child has a choice. He can either humbly accept the parent’s instruction and clean his room, or he can remain stubbornly defiant.

We, too, have a choice. When called by God to do hard things, we can cross our arms in defiance, or, we can humbly accept the command. It may take some wrestling through prayer, just as Jesus portrayed in the garden of Gethsemane, but ultimately, true obedience will follow humility.

Let this mind be in you which was also in Christ Jesus, who, being in the form of God, did not consider it robbery to be equal with God, but made Himself of no reputation, taking the form of a bondservant, and coming in the likeness of men. And being found in appearance as a man, He humbled Himself and became obedient to the point of death, even the death of the cross. Philippians 2:5-8

Jennifer Waddle considers herself a Kansas girl, married to a Colorado hunk, with a heart to encourage women everywhere. She is the author of several books, including Prayer WORRIER: Turning Every Worry into Powerful Prayer, and is a regular contributor for LifeWay, Crosswalk, and Abide. Jennifer’s online ministry is EncouragementMama.com, where you can find her books and sign up for her blog, “Discouragement Doesn’t Win.” She resides with her family near the foothills of the Rocky Mountains—her favorite place on earth.