What Does it Mean to Pray "Thy Kingdom Come"? 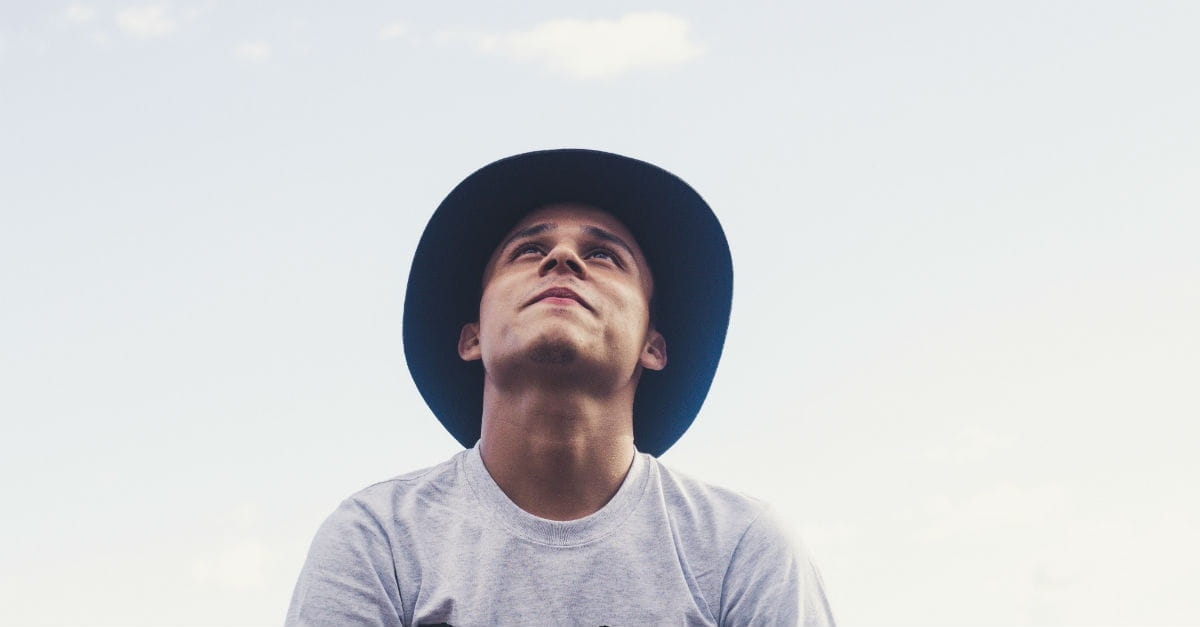 In the year of our Lord, 1095, the Byzantine Empire was under attack by advancing Muslim armies. Byzantium was considered to be a Christian nation, and part of the ‘Kingdom of God’ on earth, as opposed to the Muslim territories that were considered part of the ‘kingdom of darkness.’

So, when Muslims started marching on Byzantium, it was interpreted not as an old-fashioned land grab, but as a spiritual assault on the Kingdom of Heaven. Christians of the day anticipated a physical kingdom on earth that they were responsible to establish. When they prayed “Thy Kingdom come” they meant that once the kingdom of God was established on earth Jesus would arrive to occupy his throne in Jerusalem.

When the Byzantine ruler, Alexios I, asked Pope Urban II for assistance, the trigger-happy Pope issued a decree that any soldier who enlisted in the holy war would be guaranteed salvation. Needless to say, every man with a healthy sword arm, a guilty conscience, and a misconception of salvation, signed up immediately. This mobilized the largest armed force of bloodthirsty unbelievers ever to launch a mission in Jesus’ name. Welcome to the Crusades.

The Crusades are only one of many wacky ways the prayer “Your kingdom come” has been misapplied through the centuries. As we continue in our discussion on the Lord’s Prayer (see parts 1 & 2, Our Father and Hallowed be your name) today, we will see how we can avoid similar lethal hermeneutics…

Two crucial questions that help us pray with understanding…

1. What is the Kingdom of God? 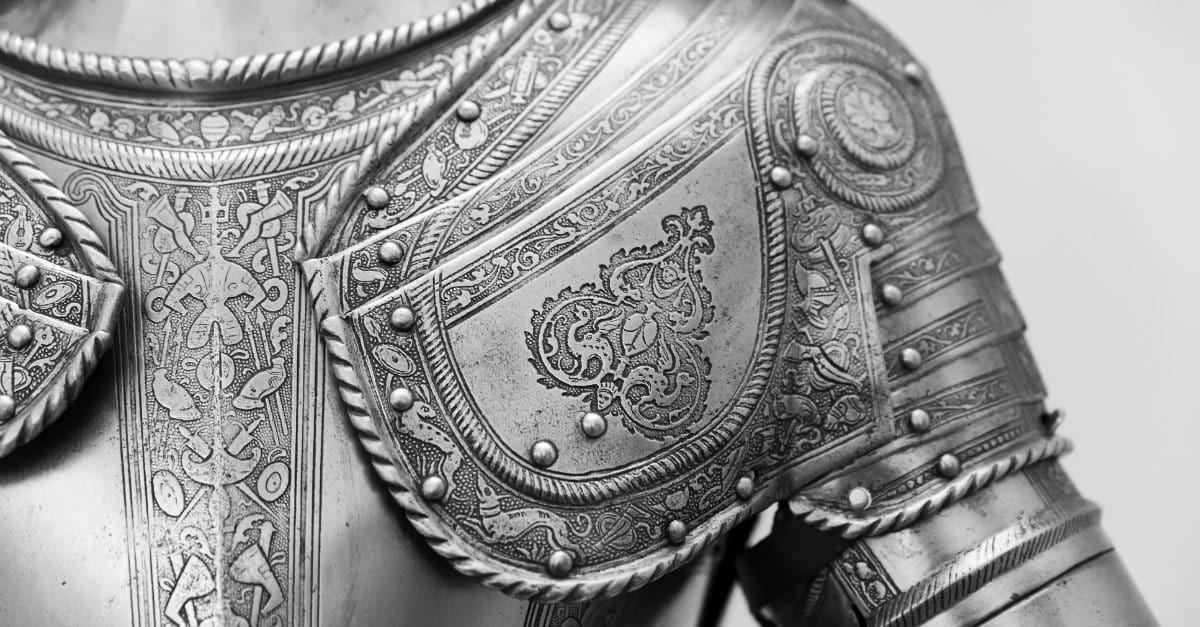 Matthew 6:10 Your kingdom come, your will be done, on earth as it is in heaven.

We have all uttered this rhythmic line a thousand times, but what were we really praying for? If we aren’t sure, how will we know if our prayer is being answered?

Understanding this prayer begins with a covenant God made with David. David wanted to build God a permanent temple since the tent of meeting was too temporary. God said, Don’t build me a permanent house; I’ll build you a permanent house—a dynasty that will last forever.

2 Samuel 7:12-16 When your [David’s] days are fulfilled and you lie down with your fathers, I will raise up your offspring after you, who shall come from your body, and I will establish his kingdom. He shall build a house for my name, and I will establish the throne of his kingdom forever.  I will be to him a father, and he shall be to me a son. When he commits iniquity, I will discipline him with the rod of men, with the stripes of the sons of men, but my steadfast love will not depart from him, as I took it from Saul, whom I put away from before you.  And your house and your kingdom shall be made sure forever before me. Your throne shall be established forever.

This is an unconditional covenant with David that his dynasty, starting with Solomon, would establish a ruling kingdom that lasts forever.

This kingdom was a visible, earthly kingdom, with a government. This project began quite well, with Solomon. But for the rest of history the kingdom given to the Jews under David has been repeatedly and constantly interrupted, shared, and overruled, e.g. by the Babylonians, the Persians, the Romans, the British, and these days the Palestinians. 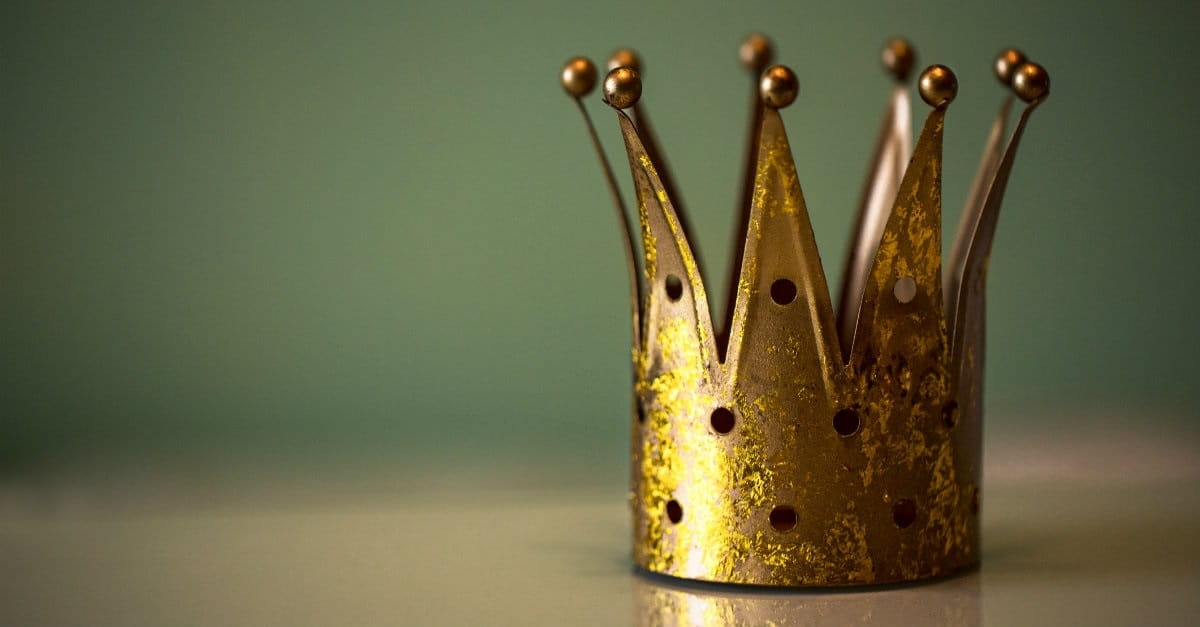 But part of being Jewish is to expect that the Son of David will come and take the throne once for all, forever. Literally.

The Israelites clung to this promise which is restated many times in the Old Testament. For example…
Psalm 132:11 The Lord swore to David a sure oath from which he will not turn back [unconditional]: “One of the sons of your body I will set on your throne.

Isaiah 9:6-7 For to us a child is born, to us a son is given; and the government shall be upon his shoulder, and his name shall be called Wonderful Counselor, Mighty God, Everlasting Father, Prince of Peace. Of the increase of his government and of peace there will be no end, on the throne of David and over his kingdom, … from this time forth and forevermore….

And then, one day an angel told a virgin that the time had arrived…

Luke 1:32-33 …And the Lord God will give to him the throne of his father David, and he will reign over the house of Jacob forever, and of his kingdom there will be no end.

Then, in Royal David’s City, the Son of David was born to Mary.

In the right place... 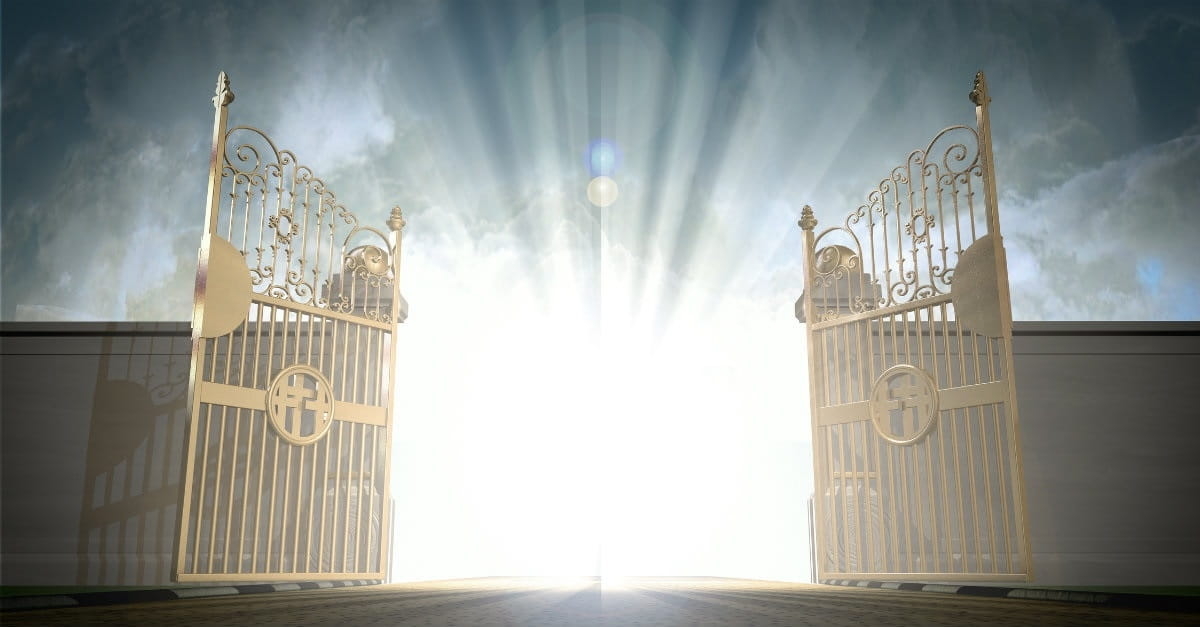 Skip scene to Palm Sunday when Jesus entered Jerusalem on a donkey. The crowd cried out with evident recognition and anticipation: “Hosanna to the Son of David!” (Matt 21:9)

Their Roman overlords’ days were numbered, and the “forever kingdom” was about to be reinstated.  But then…

But then he rose. Yay!

Then he went back to heaven. No!!

And at T minus 10, moments before Jesus lifted off to heaven, the disciples ventured to blurt out their burning curiosity:

Acts 1:3-8 He presented himself alive to them after his suffering by many proofs, appearing to them during forty days and speaking about the kingdom of God. … So when they had come together, they asked him, “Lord, will you at this time restore the kingdom to Israel?”  He said to them, “It is not for you to know times or seasons that the Father has fixed by his own authority. But you will receive power when the Holy Spirit has come upon you, and you will be my witnesses in Jerusalem and in all Judea and Samaria, and to the end of the earth.”

At the right time. 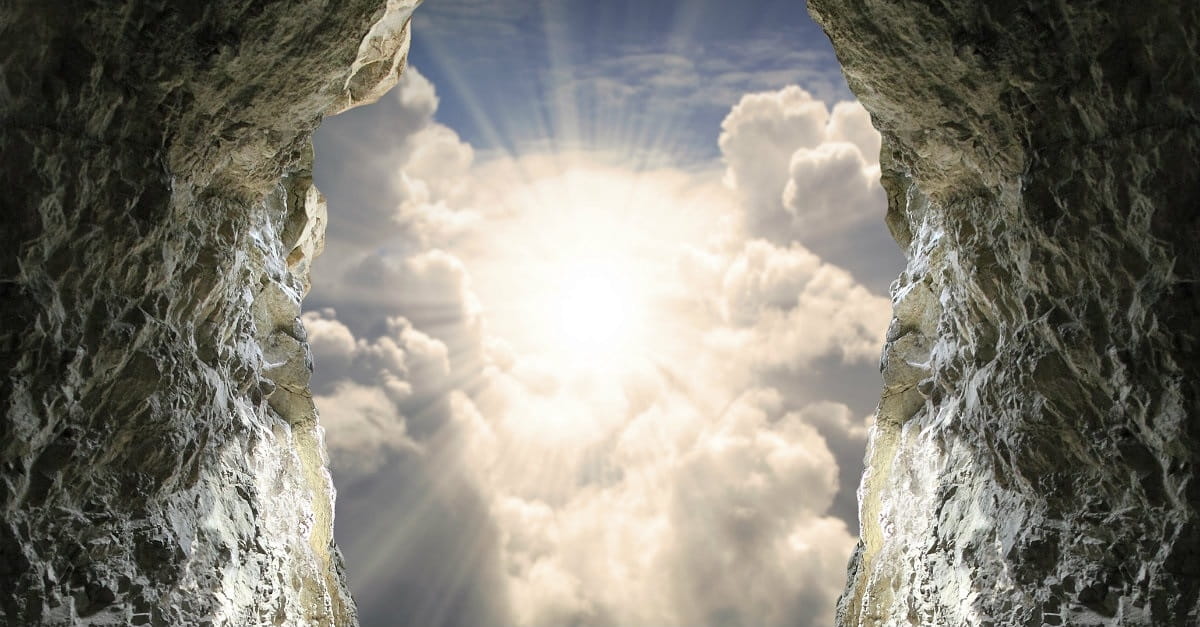 What the Jews didn’t realize is that the kingdom comes in 2 stages… dun, dun, dah!

How are these reconciled? Well, with our 20/20 hindsight, it’s obvious: there are two comings.

First, Jesus came in humility to serve, to suffer, to die, and to atone.

Second, he will come in glory to conquer, to judge, to rule, and to reign.

And the same goes for the coming kingdom.

The kingdom is both spiritual and physical. 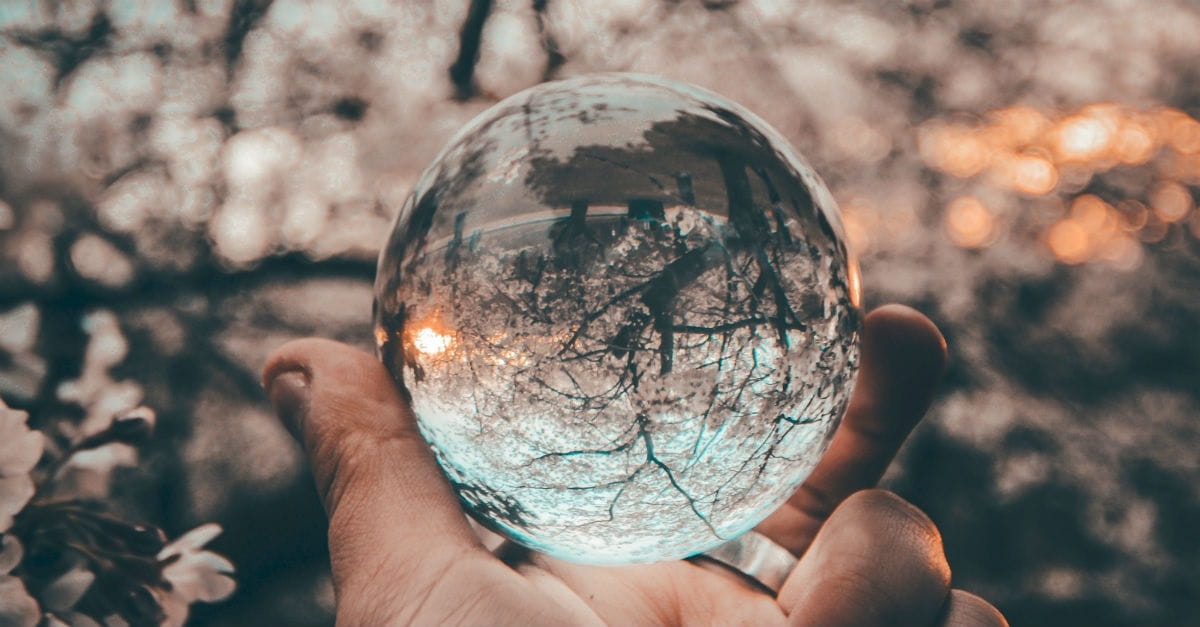 There are references to the kingdom being spiritual.

John the Baptist said, “Repent for the kingdom of heaven is at hand.” (Matt 3:3)

And there are references to the kingdom being physical, referring to nations raging against a king in Jerusalem (Ps 2), and the Son of David conquering them, Satan being bound and unable to deceive the nations (Rev 20:1-3), of the animal kingdom being restored to the tranquility before the Fall (Is 65:25), idyllic social conditions including world peace among countries (Micah 4:3).

2. How do we pray for the kingdom to come? 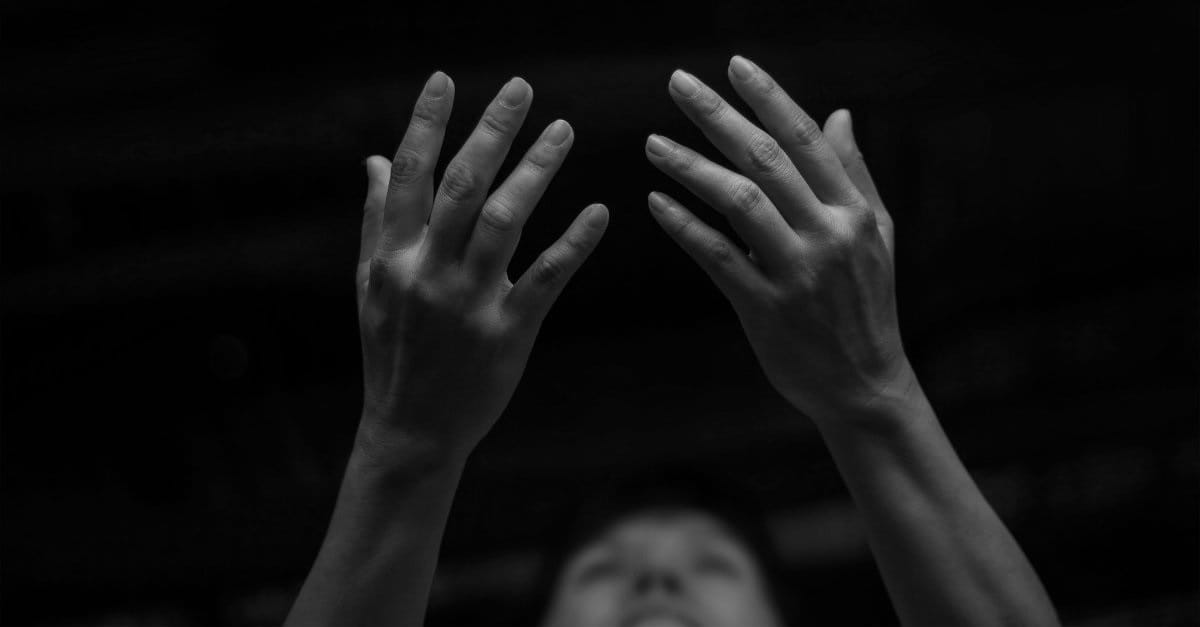 So the solution is both simple and profound: there are two stages to the kingdom, a spiritual stage that was inaugurated by Christ’s first coming, and a physical stage which will be established by his second coming.

But the Jews at the time didn’t realize that before the kingdom comes physically it would already be there spiritually. So the kingdom is “already” here and “not yet” here.

Which raises another question…

How do we pray for the kingdom to come?

We pray for the “already” aspects, the spiritual aspects…. 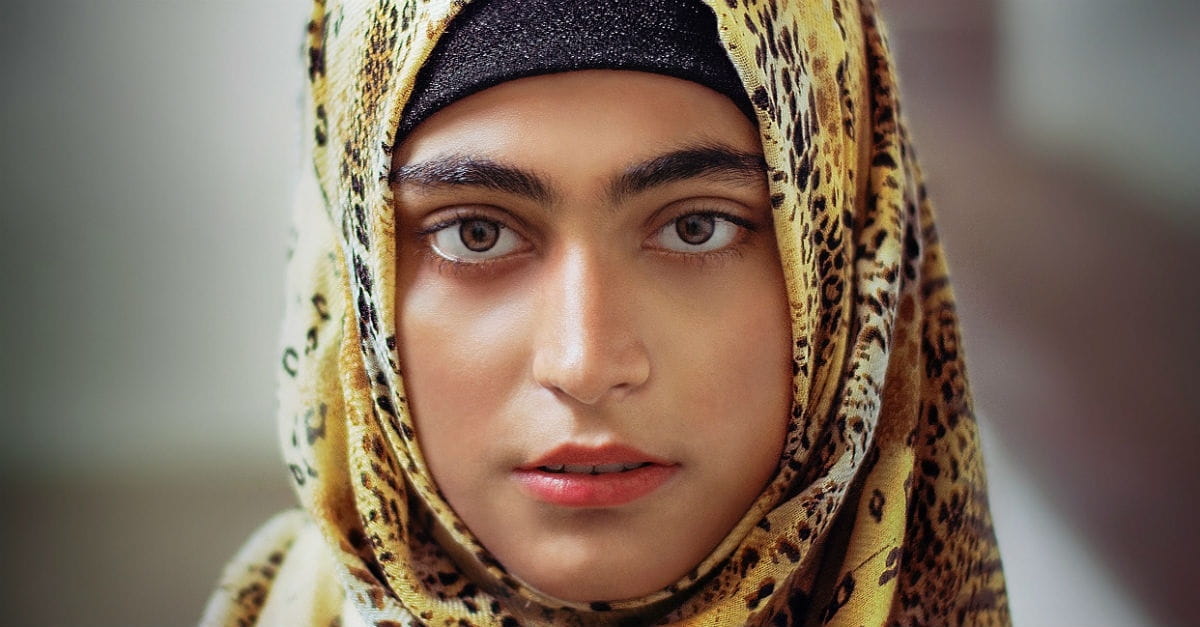 When Jesus said “Pray… your kingdom come…”  he intended for the mission of God’s kingdom – reaching unbelievers with the Gospel – to be fueled by the prayers of the saints. Like the parable of the mustard seeds, the invited guests, the dragnet, and many others (see Matt 13).

Acts 1:7 … you will be my witnesses in Jerusalem and in all Judea and Samaria, and to the end of the earth.

Some Christians become distracted by focusing on the future aspects of the kingdom, they neglect their marching orders to pray for growth of the kingdom of saved souls. 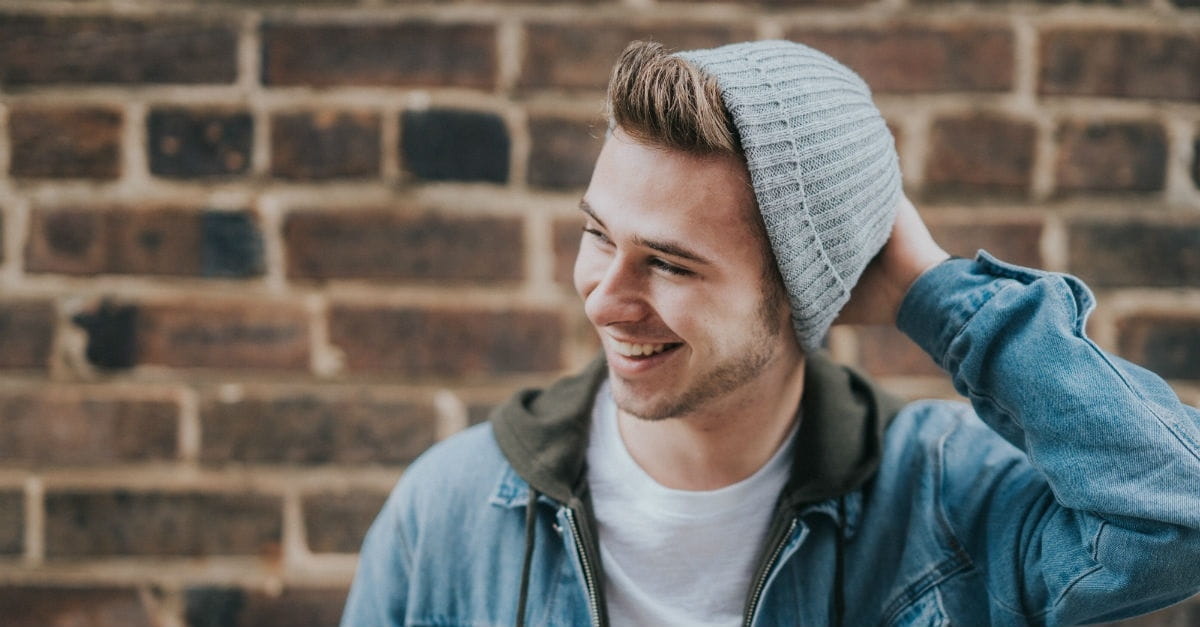 We need to pray for kingdom growth within people. We see this in the phrase “your will be done on earth as it is in heaven,” which refers to the obedience of God’s subjects. So the kingdom growth is not just from one person to another, but growth within believers. Maturityis a major goal of the church.

Colossians 1:28 Him we proclaim, warning everyone and teaching everyone with all wisdom, that we may present everyone mature in Christ.

The New Testament is full of prayers, not for elbows to be healed, not for employment, and seldom even for unbelievers to be saved, but most frequently the prayer is for believers to grow in maturity.

Colossians 1:9-10 And so, from the day we heard, we have not ceased to pray for you, asking that you may be filled with the knowledge of his will in all spiritual wisdom and understanding, so as to walk in a manner worthy of the Lord, fully pleasing to him, bearing fruit in every good work and increasing in the knowledge of God. 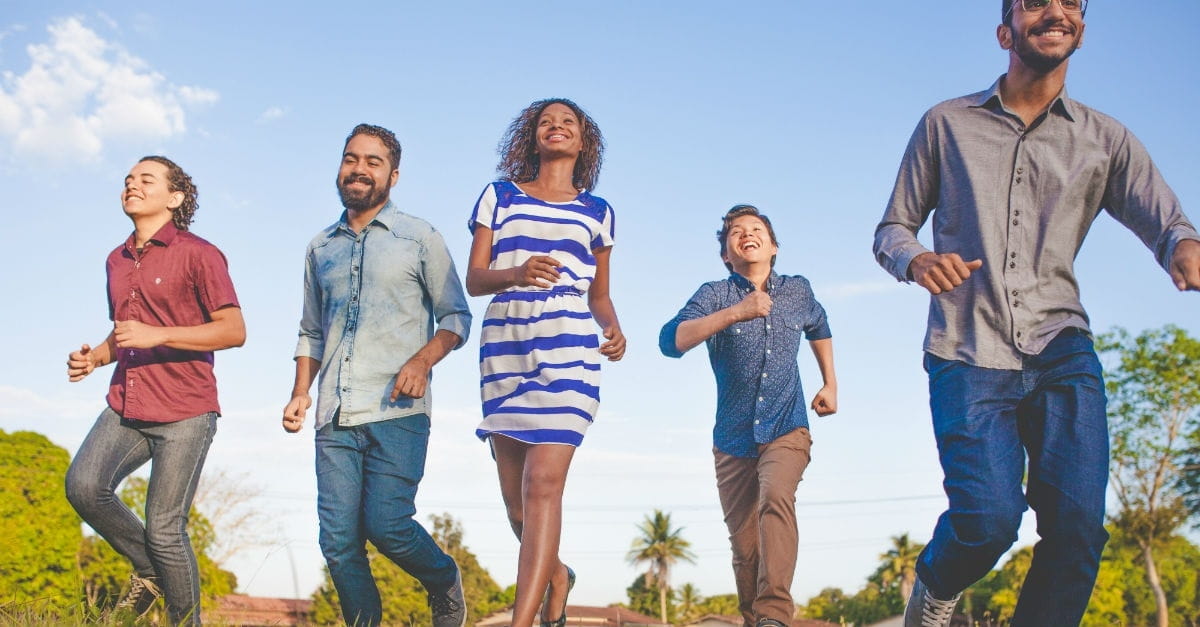 One of the things Jesus did was to provide us a glimpse of the kingdom on earth. He rid Israel of all manner of disease and deformities, he cast out and banished demons, he provided food for thousands, he restored temple worship to a purer form by chasing out the corrupt commercial enterprises, he taught personal ethics: turn the other cheek, love your neighbor, pay your taxes, obey your government.

In short, he showed us what life on earth could be like if God’s will were done on earth as it is in heaven.

Part of what the church does on earth is provide glimpses of the kingdom in the way we influence society. Do others see that we love justice, kindness, and mercy? That we cherish good families, health, obedience and the right worship of Jesus? We should use our influence wherever we can to bring about kingdom conditions in people’s lives.

Ministration – Not Yet Realized 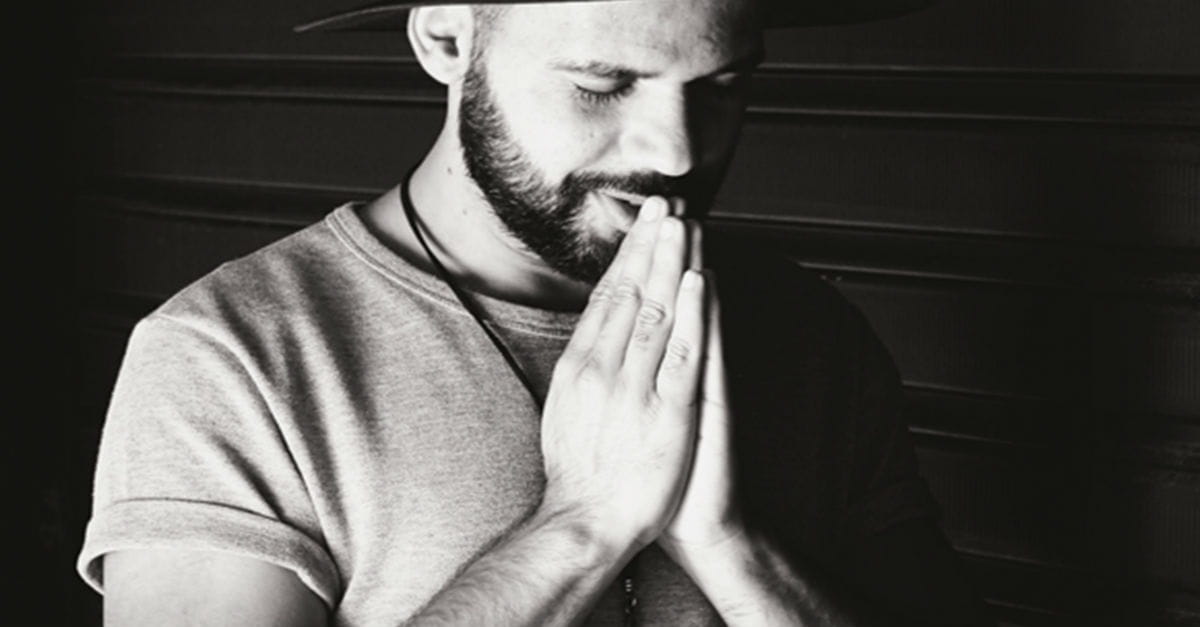 It should be a burning desire in believers to be present with their king, to have justice and righteousness in the world…to have the curse reversed (Is 65-66; Rev 20-22).

So, pray for the kingdom to spread, for maturity in believers, for God’s will to be done on earth and for Jesus to return to establish his kingdom on earth.

If you are not part of this kingdom, turn from your sin, place your trust in Jesus as your Savior and Lord and join us as we spread God’s kingdom on earth and wait in eager expectation for God’s kingdom to come.

This post originally appeared on The Cripplegate. Used with permission.

Clint Archer has been the pastor of Hillcrest Baptist Church since 2005. He lives in Durban, South Africa with his wife and four kids.