If Christ has not been raised, your faith is futile; you are still in your sins. —1 Corinthians 15:17

The resurrection of Jesus Christ from the dead is the cornerstone of our Christian faith. If Christ did not rise from the dead, your faith is in vain. But you can be assured that the good news is true. Jesus Christ “was buried [and] he was raised on the third day, according to the Scriptures” (1 Corinthians 15:4). 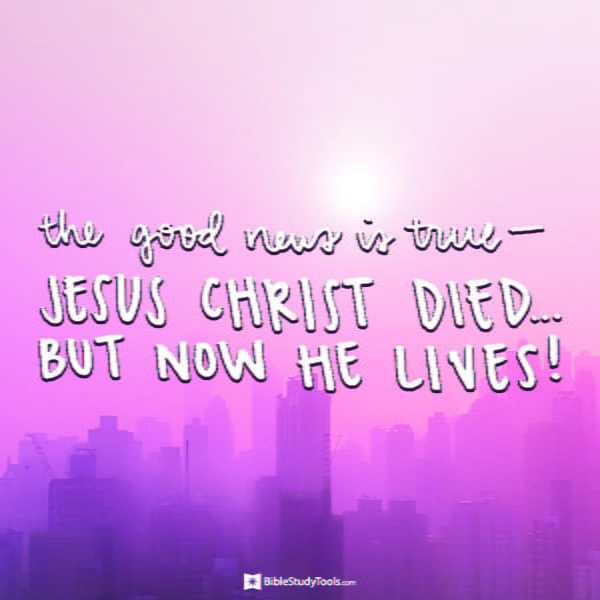 Throughout the ages, skeptics have tried to disprove the Resurrection experience, but it stands the test of time. Here are six proofs that Jesus actually rose from the dead:

First Proof— The Resurrection was foretold by Jesus Christ, the Son of God.

From that time on Jesus began to explain to his disciples that he must go to Jerusalem and suffer many things at the hands of the elders, chief priests, and teachers of the law, and that he must be killed and on the third day be raised to life. —Matthew 16:21

Second Proof— The Resurrection is the only reasonable explanation for His empty tomb.

Joseph brought some linen cloth, took down the body, wrapped it in the linen, and placed it in a tomb cut out of rock. Then he rolled a stone against the entrance of the tomb. —Mark 15:46

Third Proof— The Resurrection is the only reasonable explanation for the appearance of Jesus Christ to his disciples.

He was buried…raised on the third day according to the Scriptures, and…appeared to Peter and then to the Twelve. After that, he appeared to more than five hundred of the brothers at the same time, most of whom are still living, though some have fallen asleep. Then he appeared to…me also, as to one abnormally born. —1 Corinthians 15:4-8

Fourth Proof— The Resurrection is the only reasonable explanation for the beginning of the Christian Church.

This man was handed over to you by God’s set purpose and foreknowledge; and you, with the help of wicked men, put him to death by nailing him to the cross. But God raised him from the dead, freeing him from the agony of death, because it was impossible for death to keep its hold on him. —Acts 2:23-24

Fifth Proof— The Resurrection is the only reasonable explanation for the transformation of the disciples. The disciples went into hiding in an upper room “for fear of the Jews” (John 20:19). After seeing and talking with Jesus for approximately six weeks, they went out to “turn the world upside down” (see Acts 17:6), fearlessly proclaiming Jesus Christ (also see Acts 3:12-26; 4:1-33; 8:4; 17:6).

Sixth Proof— The witness of the apostle Paul and the transformation of his life, can be reasonably explained only because of the resurrection of Christ. “Saul grew more and more powerful and baffled the Jews living in Damascus by proving that Jesus is the Christ” (Acts 9:22).

1. Reread 1 Corinthians 15:17. Why is it important that Jesus rose from the dead?
2. Why are these six proofs important to your faith and life?

This article originally appeared as part of the HomeWord devotional. For more information and resources please visit HomeWord.com.