10 Spiritual Destinations All Christians Should Visit 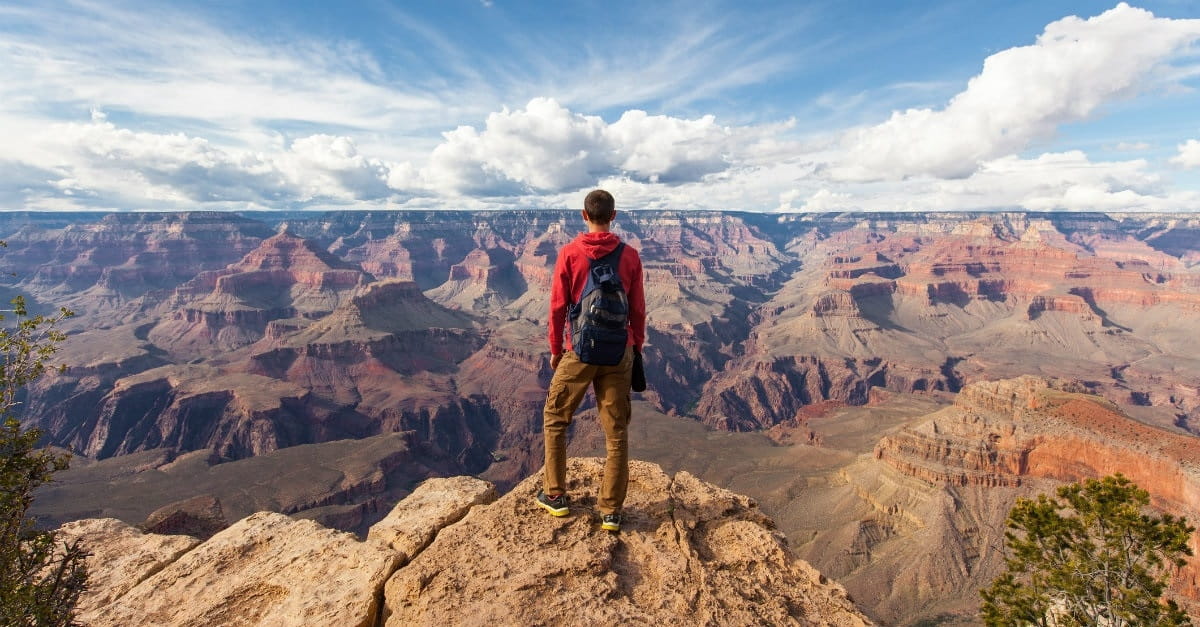 There’s an old saying, “The world is a book and those who do not travel only read one page.” Truer words are hard to find. Stepping out into the world can be both a terrifying and exhilarating experience. With so many new sights, sounds, and places to explore, it’s shocking to discover just how big this planet of ours really is. And then there is the spiritual aspect of a journey.

For Christians, traveling is much more than some rousing adventure game, it’s an opportunity to reconnect with God in ways we never thought possible. Certain places have a way of opening us up to new perspectives concerning Christ and his word. It could be a result of natural ambiance, or maybe the location holds some historical significance for Christians. Whatever the reason, these destinations enable visitors to seek Jesus with clear minds and open hearts.

For those believers looking to step out onto the open road, here are 10 spiritual destinations all Christians should consider visiting: 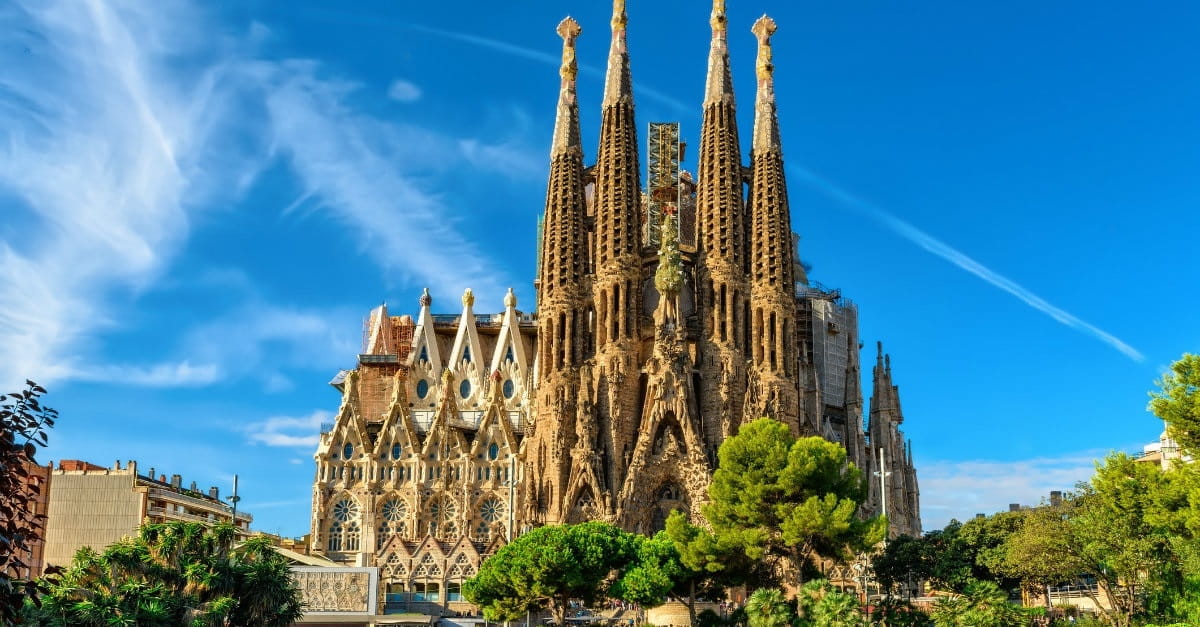 Designed by Catalan architect Antoni Gaudí, the Sagrada Famíliais a large, unfinished cathedral resting in the heart of downtown Barcelona. Though still under construction, the building is a masterpiece of architectural beauty. Scenes from the nativity grace one side of the church, where lush images of nature and Christ’s birth are molded delicately into the stonework. On the opposing end, the crucifixion of Jesus is depicted in stark and jagged detail. Visitors will likely be overwhelmed by a sense of awe and wonder as they step lightly through this towering structure. Not only is the Sagrada Família a marvel to behold, it’s perhaps one of the most unique and thoughtful portrayals of the gospel to date. 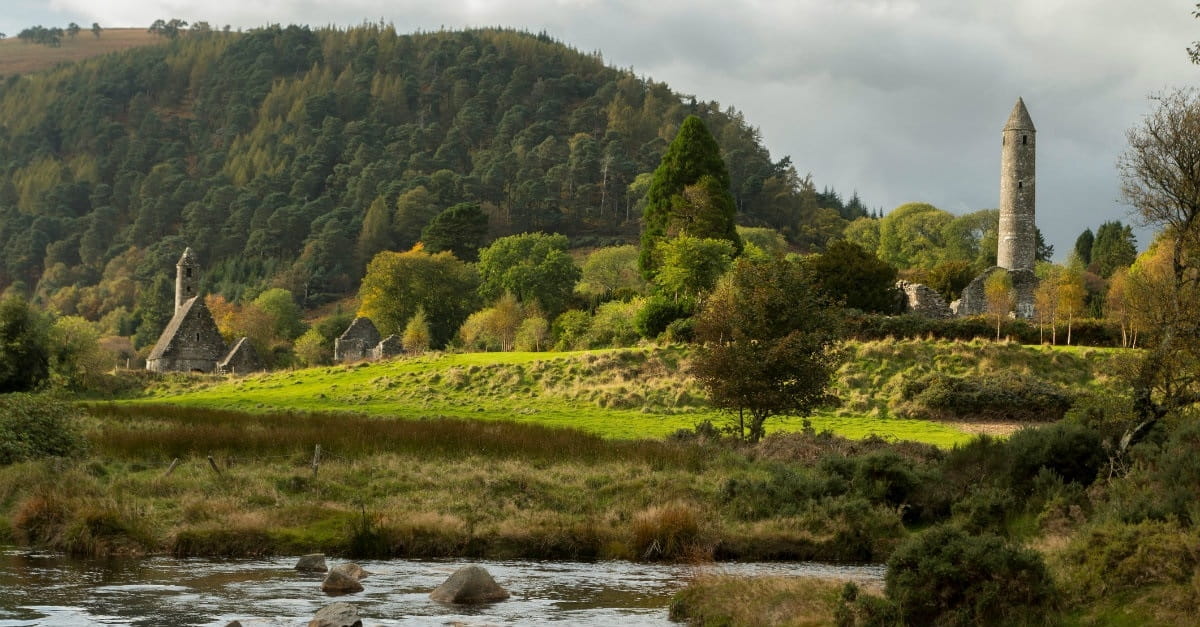 In contrast to the Sagrada Família, Glendalough is remarkable for its simplicity. This austere monastery was first founded in the 6th century by St. Kevin, who often withdrew to the area for prayer and contemplation. It’s not difficult to see why either. Glendalough lies tucked away in a quiet corner of Ireland where visitors are encouraged to seek God through solitude and reflection. Numerous trails about the tiny settlement (which once served as a pilgrimage stop for medieval Christians) provide modern travelers with a useful retreat of their own. For a believer seeking to reconnect with God in the stillness of nature, Glendalough offers a welcome respite from the distractions of our world. 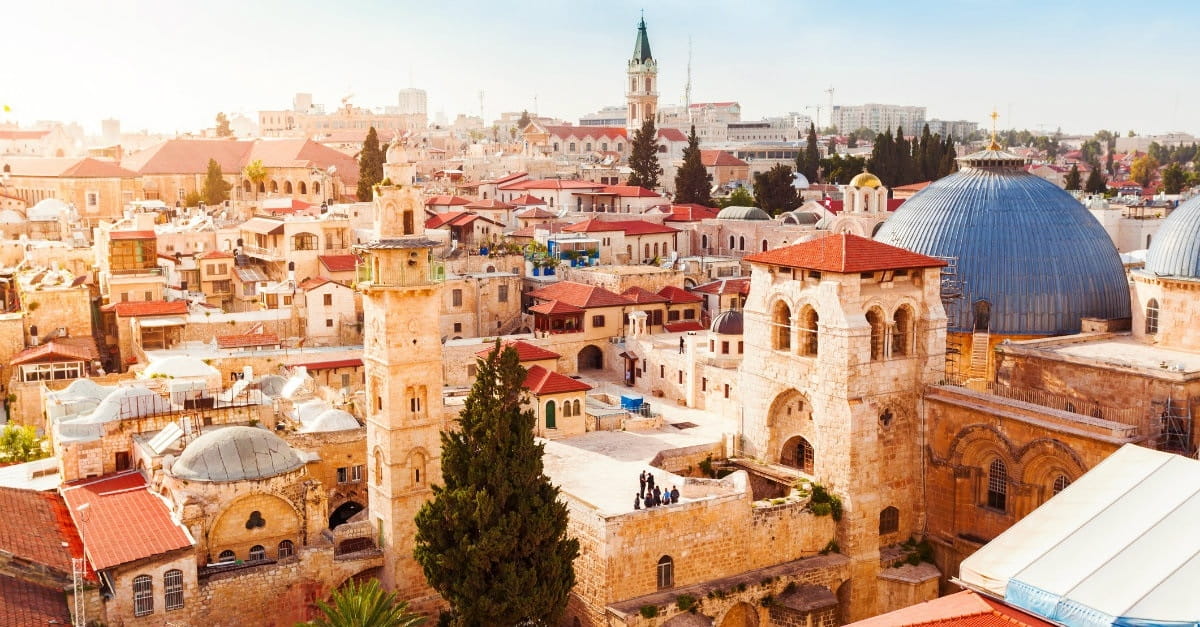 It would be a grievous oversite not to include this biblical landmark on a list of spiritual destinations. After all, no other city on Earth holds such significance for Christian travelers. In Jerusalem, believers can experience the richness of scripture firsthand. Sites like The Mount of Olives, Church of the Holy Sepulchre, and Pool of Bethesda are just a few locations mentioned throughout the Bible by name. That alone would be enough to stir the emotions of any Christian, but given Jerusalem’s prominent role in Christ’s crucifixion, the entire area could be considered a faith-building experience. One thing’s for certain, visitors will never read the Bible the same way again. 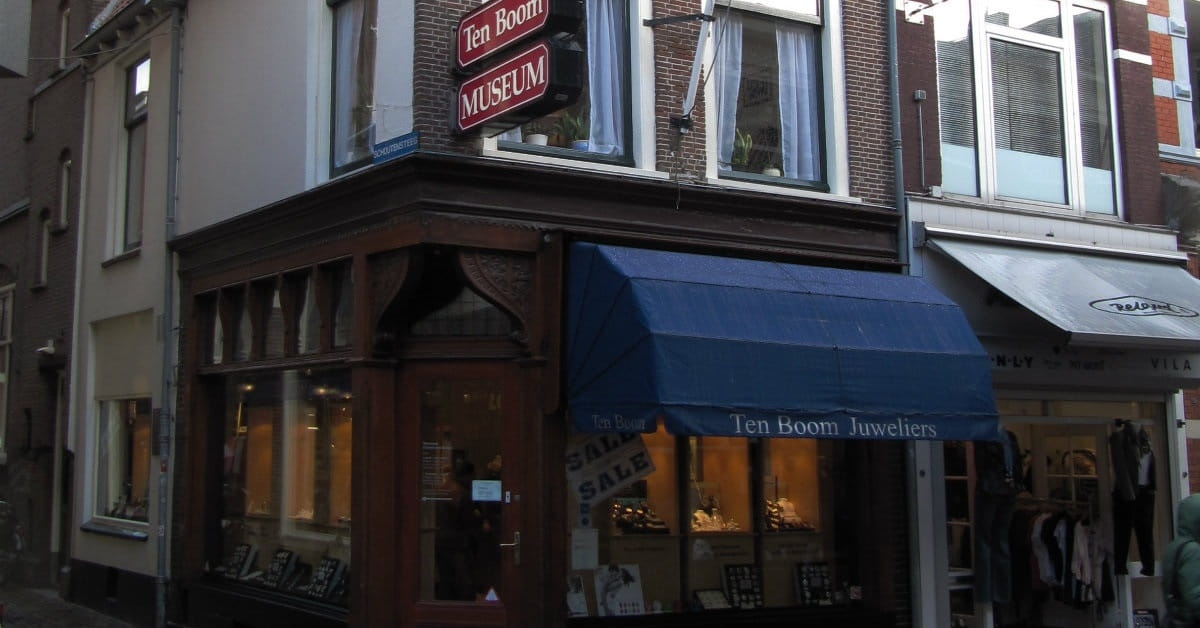 It would be hard to understate the faith and accomplishments of Corrie ten Boom. During the Nazi occupation of Haarlem in 1942, The ten Boom family shop became a safe haven for Jews and resistance members seeking shelter from German forces. Thanks to their vast connection of church charities and watchmaker circles, the ten Booms were instrumental in smuggling countless refugees to safety until they were eventually betrayed some years later. While Corrie ten Boom would go on to write about the experience in her famous book, The Hiding Place, the shop has since been restored and converted into a museum. This small building now serves as a memorial to holocaust victims, as well as the family who lived out their faith in God through courage and sacrifice. 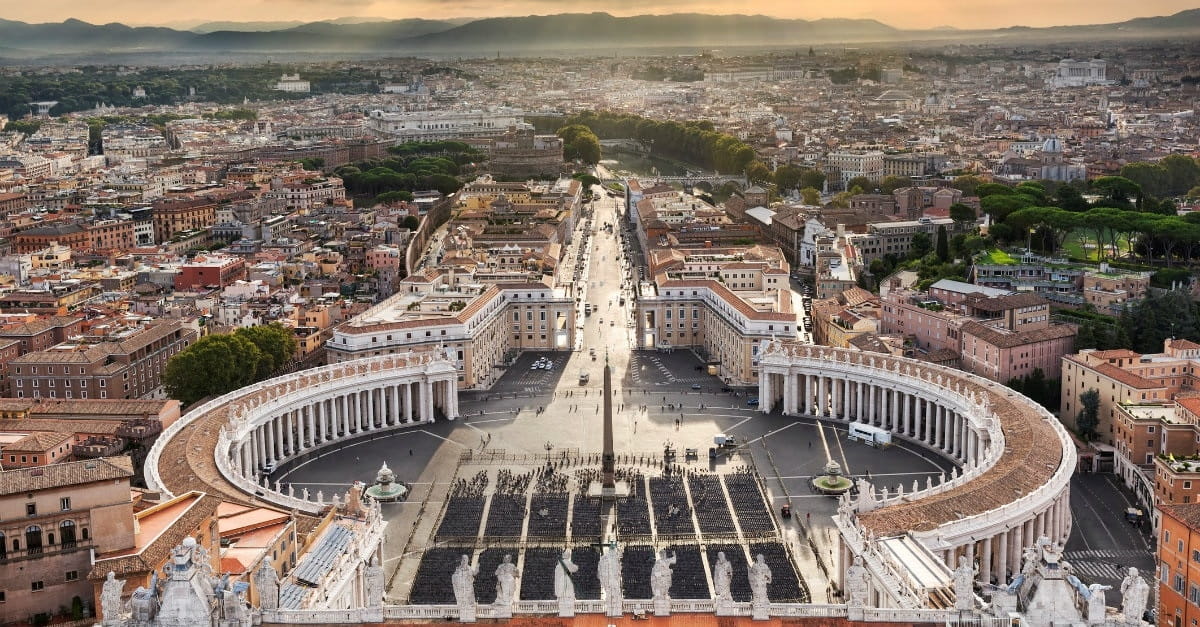 Whether or not a believer identifies as Catholic, there’s no denying Vatican City holds an important place within Christian history. The capital has long served as a formative center for Christian thought, philosophy, and artwork. Nowhere is this more apparent than inside the Sistine Chapel, Michelangelo’s masterpiece of renaissance craftsmanship. Other cultural sites include St. Peter's Basilica, the Pinacoteca Gallery, and various monuments dedicated to Catholic saints. In the end, Vatican City offers christians a unique look back into our religious past, one undertaken through astounding art, magnificent architecture, and ecclesiastical traditions.

6. Museum of the Bible – Washington D.C. 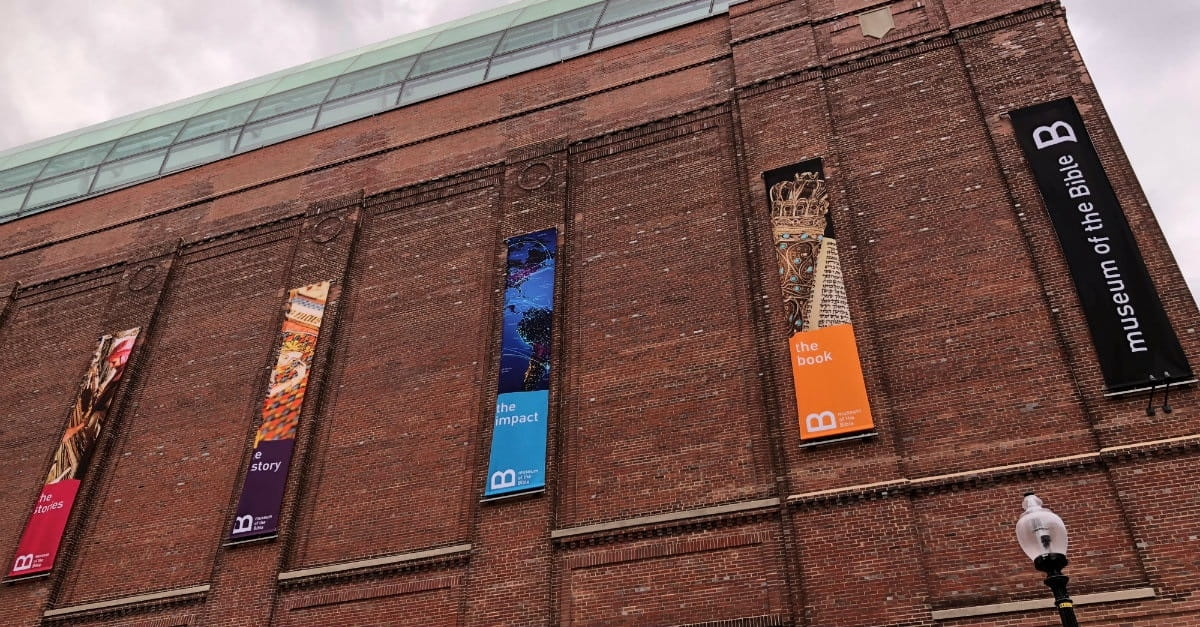 This newly-minted institution is quickly becoming the go-to spot for Christians traversing the East Coast of the United States. The museum first opened its doors in 2017, and seeks to educate visitors on the narrative, history, and worldwide impact of Christian scripture. As a result, the museum has acquired an impressive collection of biblical artifacts and texts through collaborations with private donors, exhibitions, and other museums. Whether it’s discovering the history behind 17th century hymns like “Amazing Grace”, or understanding the roots of modern day protestant theology, the Museum of the Bible offers a comprehensive and balanced introduction to all things Biblical. So, why not take a moment and explore scripture like you never have before? 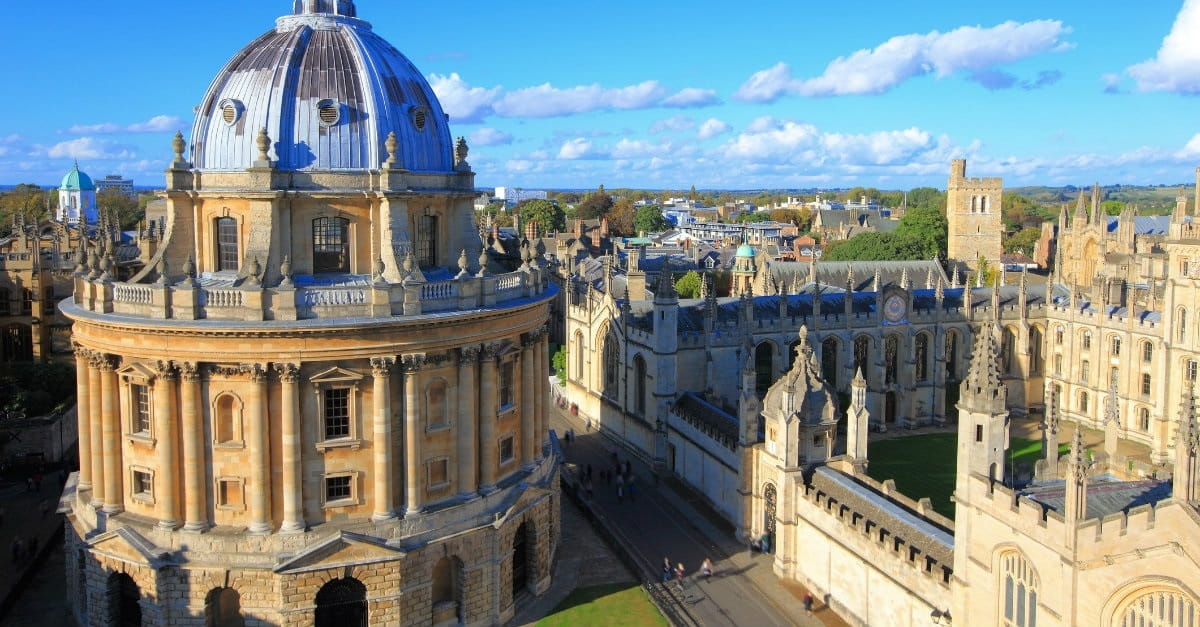 For the intellectual traveler, a trip through Oxford might just be the ticket to expanding your scholarly horizons. This is particularly true if you’re a fan of C.S. Lewis. As the hometown of this renowned Christian author, Oxford boasts a wealth of educational programs dedicated to the faith and writings of C.S. Lewis. You can even catch a one-man show about the author himself if you’re feeling capricious. And if you’re not the cerebral type? Well, that’s ok too. Oxford still has plenty of  sweeping castles, blissful gardens, famous landmarks for you to enjoy! 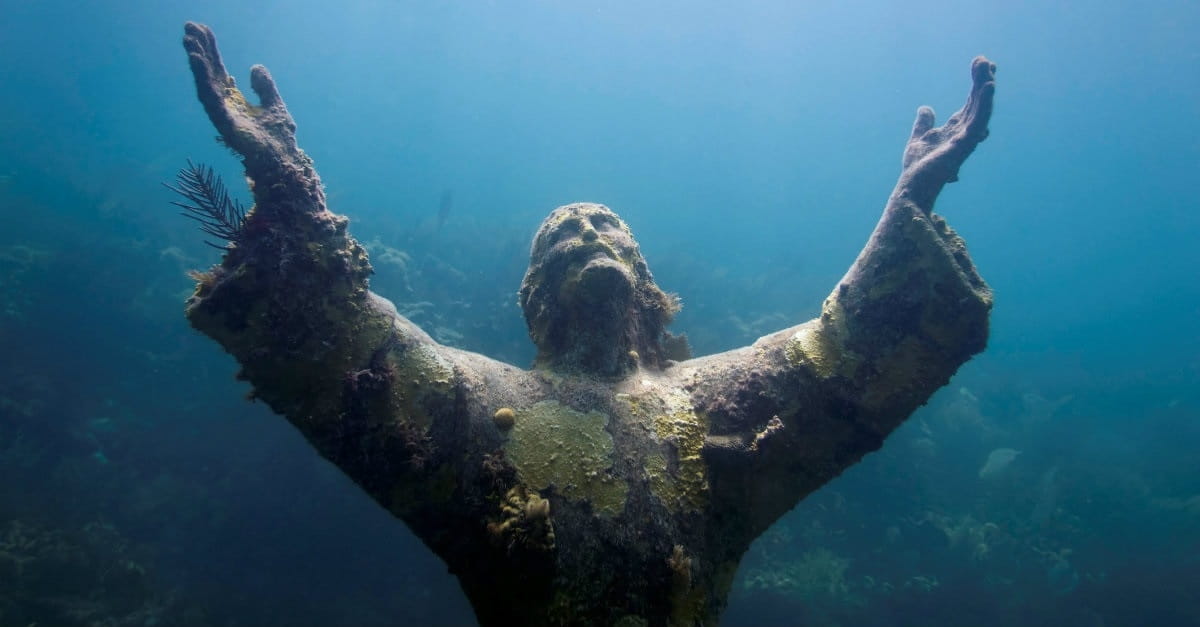 Maybe you’re searching for something off the beaten path. An experience which not only touches you spiritually, but also calls you out of your element. In that case, consider charting a course for Christ of the Abyss. This submerged bronze statue of Jesus can actually be found in several locations around the globe. The original, for you international travelers, is located near the San Fruttuoso abbey off the Italian Riviera. For those looking to remain stateside, a copy of the statue can be visited in the Florida Keys, described by many as the Dive Capital of the World. Either way, witnessing the image of Christ beneath the waves, surrounded by luminous corals and colorful fish, is a breathtaking encounter (no pun intended). Go ahead and take the plunge into a bold new adventure! 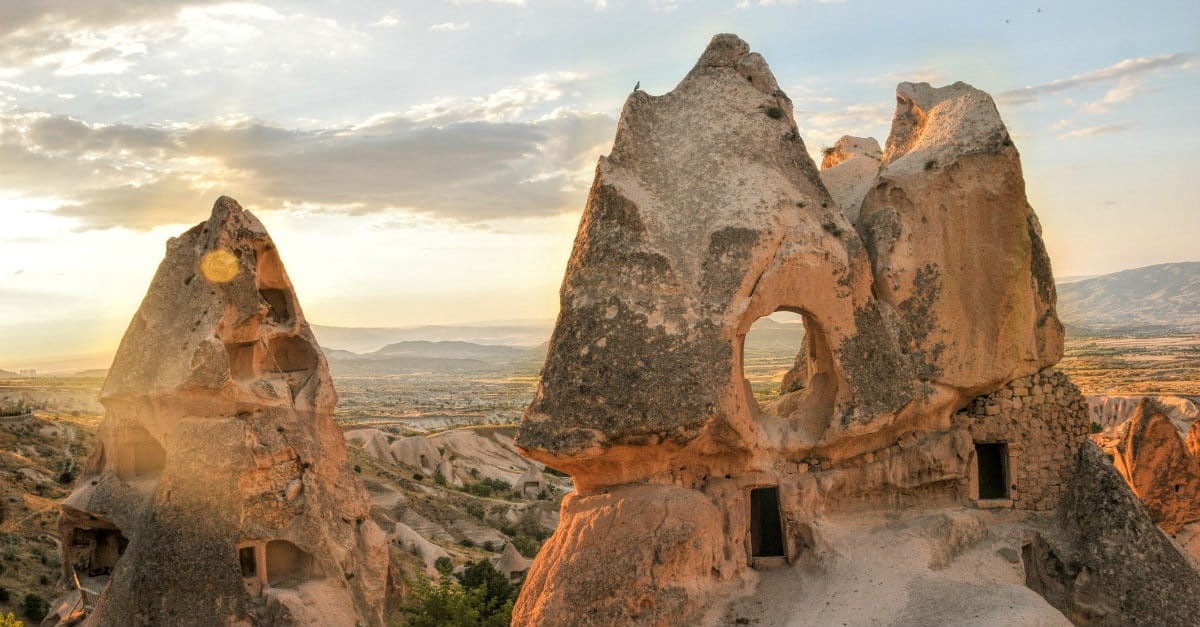 Turkey is a land rich with cultural heritage. Throughout history the area has seen influence from countless ancient empires, but in the 4th century Cappadocia became known as the “Land of the Three Saints” thanks to the remarkable work of Christian theologians. In particular, the site was instrumental to the development of Christian monasticism, which in turn led to the creation of spectacular cave churches. Now rechristened as the Göreme Open Air Museum, the area features over 10 elaborate cave churches, along with rectories, dwellings, and religious murals. The level of skill on display is truly remarkable, and one can’t help but imagine the life of these devoted monks as they strove to know God within such walls of stone. Make no mistake, Cappadocia is a rare traveler’s gem that’s simply waiting to be discovered.

10. The Northern Lights (or any Natural Wonder) 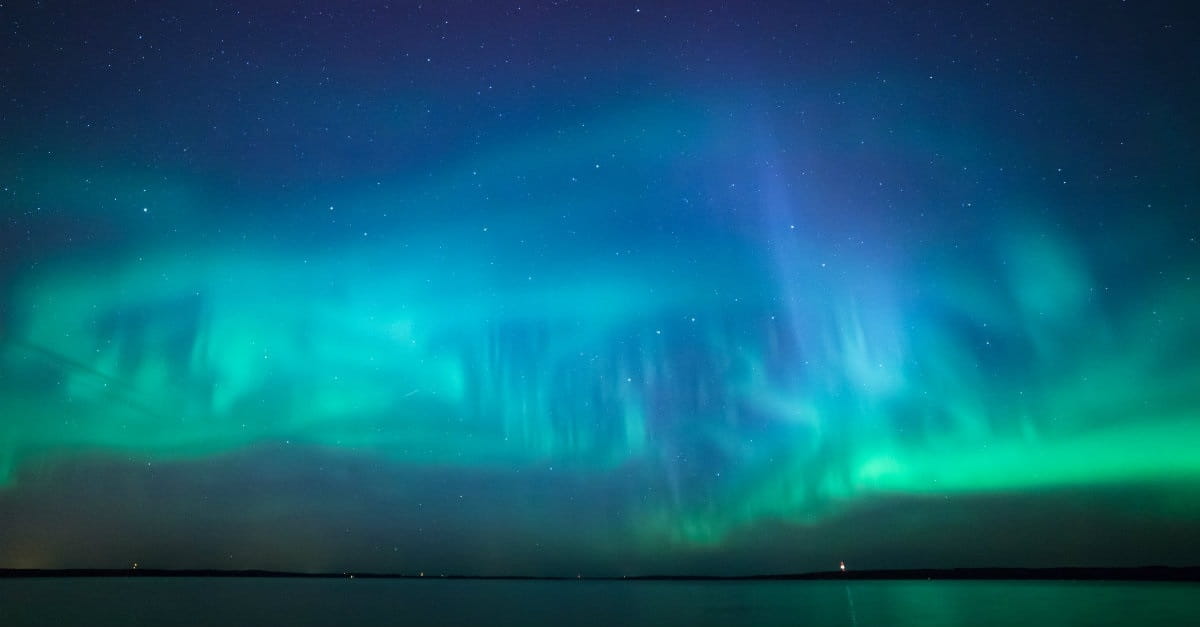 Scripture tells us that all of creation testifies to the glory and power of our Creator (Romans 1:20). So what better way to seek God than by appreciating the work of his hands? Take an evening to soak in the beauty of the Northern Lights. Walk the slopes of Mount Everest and marvel at its height, or enjoy the lush green majesty of a National Park. Learn how you can help protect areas such as the Great Barrier Reef from pollution, and be active in preserving them for future generations. Natural wonders like the Grand Canyon reflect God’s creative might and remind us how He takes great joy in the wonders of our world. (Genesis 1:31). It may be the best place to discover Christ is in your own backyard!

*Editor’s Note: For more information on faith-based vacations, check out the 7 Bible-Centered Places for Your Family's Summer Vacation.