The Son of Man: Why Jesus’ Favorite Name for Himself Has Deep Meaning for Us 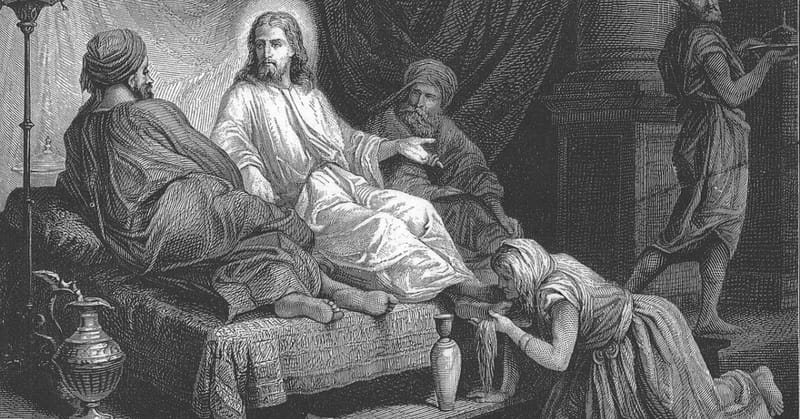 We read that Jesus was called many names throughout the Bible, but Son of Man stands apart for several reasons. The number of times we see this name alone separates it from some of the others. Just as with a name like Lamb of God, this name has a distinct meaning that is easily defined and tied back to Scripture. What is the significance and the implications of Christ being the Son of Man? Just like other names of God, this name has rich meaning. Let’s explore this powerful name.

Jesus often called himself the Son of Man as part of his interactions with people. On the one hand, saying he was the Son of Man would have been a very ordinary thing to say. Like it’s use in Ezekiel, ‘son of man’ can simply mean, ‘human being.’ But of course, Jesus also was speaking to his identity as the Messiah. He was alluding to Daniel 7, claiming his Messiahship and his role in the redemption of the world.

Jesus’ humanity mattered. Jesus was conceived by the Spirit and full of the Spirit of God, but he was birthed by Mary and born as a man. His ability to sympathize in all of our weaknesses (Hebrews 4:15) and not sin (2 Corinthians 5:21), means he was and is the only one who could redeem us.

Similarly, his sonship can teach us a lot about himself. In Matthew 3:17 we read, “And a voice from Heaven said, ‘This is my dearly loved Son, who brings me great joy.’” In Judaism, the firstborn son is viewed as significant in “the redemption of the first-born son.” This is a commandment in Jewish culture where the firstborn son is “redeemed” and predestined to serve as a priest. The firstborn son was also given a double portion of the inheritance. Sons were viewed in this time as being chosen, prepared with purpose, and to carry on the vision of the father. This helps shape the significance of Jesus being called the Son of Man.

Where is "Son of Man" found in the Old Testament? 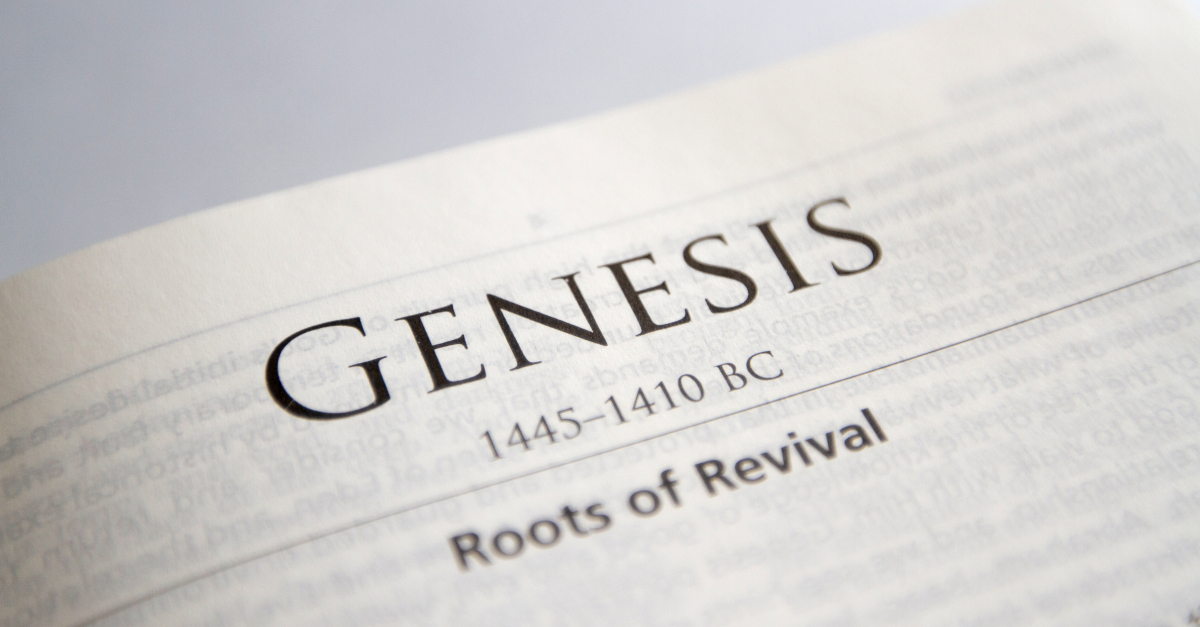 1. Psalms: “Return to us, God Almighty! Look down from heaven and see! Watch over this vine, the root your right hand has planted, the son you have raised up for yourself. Your vine is cut down, it is burned with fire; at your rebuke your people perish. Let your hand rest on the man at your right hand, the son of man you have raised up for yourself. Then we will not turn away from you; revive us, and we will call on your name. Restore us, LORD God Almighty; make your face shine on us, that we may be saved” (Psalm 80:14-19).

2. Ezekiel: In the book of Ezekiel alone, God calls the prophet “son of man” 93 times. In this context, he was referring to Ezekiel as a human being. It’s not until we get to the book of Daniel that we see “son of man” take on greater significance.

3. Daniel: “I saw in the night visions, and behold, with the clouds of heaven there came one like a son of man, and he came to the Ancient of Days and was presented before him. And to him was given dominion and glory and a kingdom, that all peoples, nations, and languages should serve him; his dominion is an everlasting dominion, which shall not pass away, and his kingdom one that shall not be destroyed” (Daniel 7:13-14).

Where is "Son of Man" found in the New Testament? 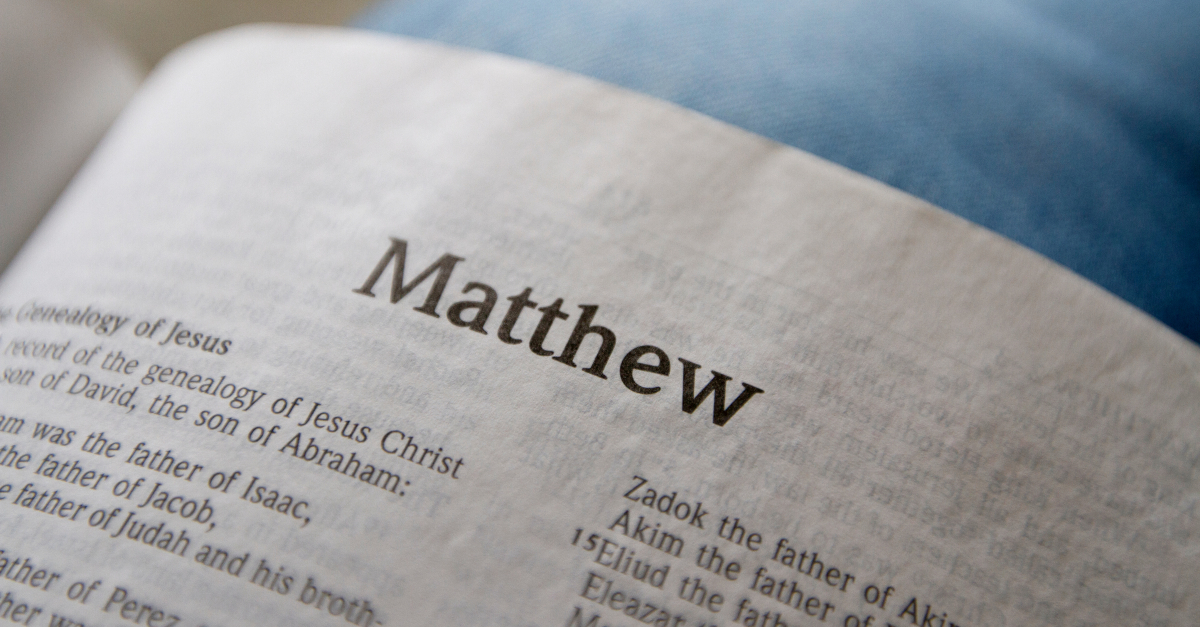 In the New Testament, the phrase is found over 80 times. Here is just a sampling of those verses, usually when Jesus is referring to himself.

Matthew 8:20: Jesus replied, “Foxes have dens and birds have nests, but the Son of Man has no place to lay his head.”

Matthew 9:6: But I want you to know that the Son of Man has authority on earth to forgive sins.” So he said to the paralyzed man, “Get up, take your mat and go home.”

Matthew 11:19: The Son of Man came eating and drinking, and they say, "Here is a glutton and a drunkard, a friend of tax collectors and sinners." But wisdom is proved right by her deeds.

Matthew 17:12: But I tell you, Elijah has already come, and they did not recognize him, but have done to him everything they wished. In the same way the Son of Man is going to suffer at their hands.”

Matthew 17:22: When they came together in Galilee, he said to them, “The Son of Man is going to be delivered into the hands of men."

Matthew 19:28: Jesus said to them, “Truly I tell you, at the renewal of all things, when the Son of Man sits on his glorious throne, you who have followed me will also sit on twelve thrones, judging the twelve tribes of Israel.

Matthew 20:28: Just as the Son of Man did not come to be served, but to serve, and to give his life as a ransom for many.

Matthew 25:31: When the Son of Man comes in his glory, and all the angels with him, he will sit on his glorious throne.

Matthew 26:2: As you know, the Passover is two days away—and the Son of Man will be handed over to be crucified.

Matthew 26:24: The Son of Man will go just as it is written about him. But woe to that man who betrays the Son of Man! It would be better for him if he had not been born.

Matthew 26:45: Then he returned to the disciples and said to them, “Are you still sleeping and resting? Look, the hour has come, and the Son of Man is delivered into the hands of sinners."

Mark 8:31: He then began to teach them that the Son of Man must suffer many things and be rejected by the elders, the chief priests and the teachers of the law, and that he must be killed and after three days rise again.

Revelation 14:14: I looked, and there before me was a white cloud, and seated on the cloud was one like a son of man with a crown of gold on his head and a sharp sickle in his hand.

Why Did Jesus Call Himself Son of Man So Much? 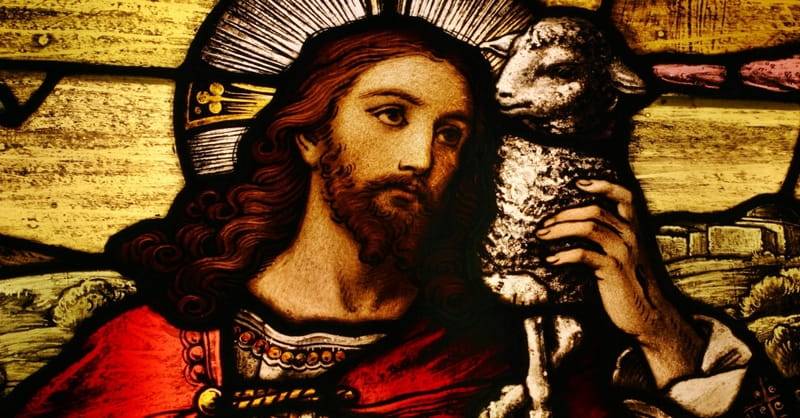 It is said that Jesus’ favorite self-designation is the Son of Man. One example is in Mark 10:45 where Jesus says, “The Son of Man came not to be served, but to service and to give his life as a ransom for many.”  As you’ll notice in many of these references, Jesus use of the Son of Man is used in conjunction with his prophetic words about his own suffering. He deeply related to the suffering of his fellow humans.

Jesus was also a humble man and was not associated with a lavish lifestyle or personality. He was a carpenter and his teaching was consistently connected with humility and love for others above himself. He served men, much like a son serves his family. Overall, Jesus was here to follow the will of the Father, and that will was for Jesus to serve people in order to be the bridge to the Father.

To those that were more spiritually inclined, when Jesus called himself the Son of Man they would have recognized the implications was also quietly interpreted as the Messiah. Had Jesus gone around claiming himself as the Messiah alone, He may have been crucified much earlier than He had. In Matthew 16:20, Jesus warned the disciples “… not to tell anyone he was the Messiah.” Claiming himself as the Son of Man gave him the best platform to connect with people in all walks of life.

If we think back to the firstborn definition above, the first son is held high and given significant authority. He is viewed as loved and as worthy from the father to carry on his vision. His authority is for the purpose of leading others. Jesus being the son of man means that he is the leader of mankind. Since he is for us, and he is now seated at the right hand of the power of God, this means we have a way to connect with God the Father, and we can also make a difference here in this world we live in. It matters because he directly influenced our purpose in life.

How Can We Worship Jesus as the Son of Man? 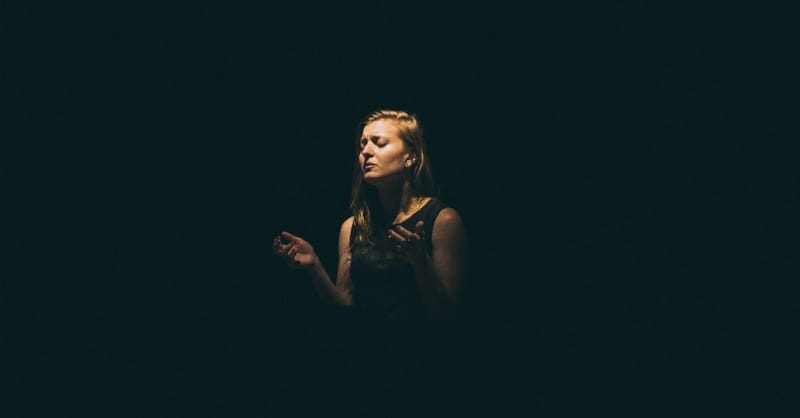 Just as Jesus was the Lamb of God, that perfect sacrifice that made a way for us, the Son of Man is our leader. When we look at Jesus in this light, we can truly get to the root of pure worship, and that is to see Jesus through gratitude. We cannot earn our righteousness with God, so pure worship is acknowledging his goodness. The more we learn about Jesus, the more equipped we are to get closer to Him through worship.

Jesus’ subtle personality affirmed his teaching from Matthew 7:7-8, which says, “Keep on asking, and you will receive what you ask for. Keep on seeking, and you will find. Keep on knocking, and the door will be opened to you.” By claiming himself as the Son of Man, it had just enough mystery to it to get people to ask, to seek, and to knock.

We can worship Jesus as our leader because He thought about us in such a way that He understood what we needed. He knew what we would respond to, and He didn’t just think about it, He went out and made a way.

Kyle Blevins is a family man who resides just outside of Chattanooga, TN with his wife and two sons. He is in leadership for a top Fortune 500 company and is known for his empowering encouragement and bright personality. His passion is in restoring hope for people and connecting them to Jesus through writing.