10 Weird Animal Stories of the Bible 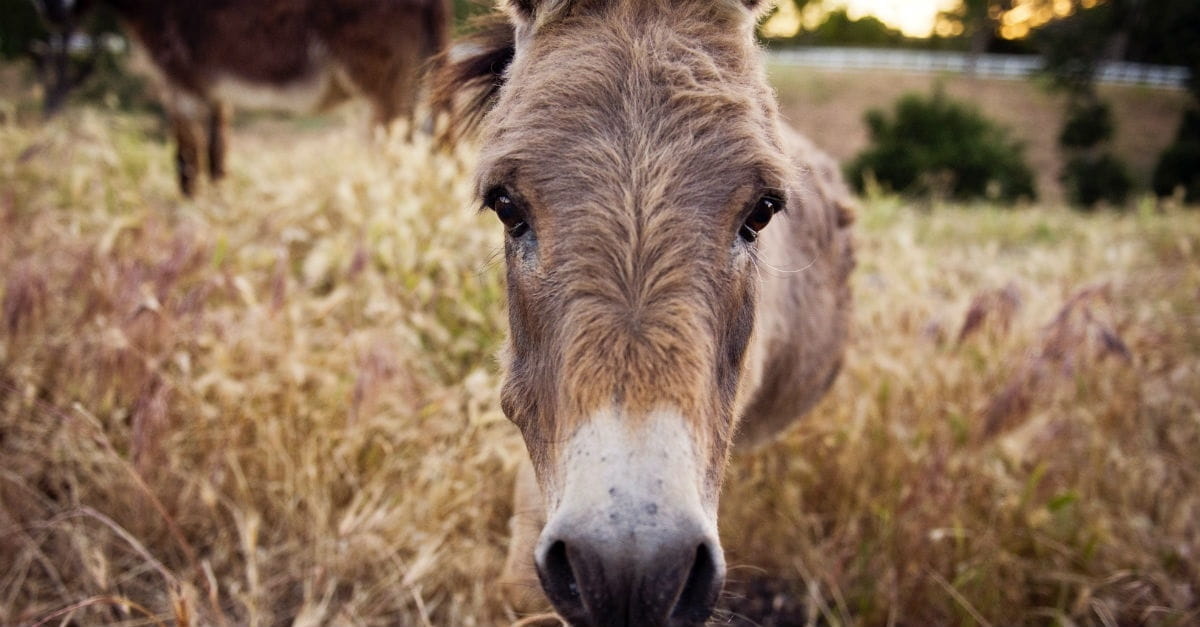 If there’s one thing the Bible isn’t short on, it’s weird animal stories. Such tales include Noah’s Ark, Jonah and the whale, and Daniel in the lion’s den—well-known narratives that point to an incredibly creative God who uses whatever He desires to bring about His will.

But what about Scripture’s lesser-known animal stories? Stories that are downright strange and bizarre—seemingly pointless, even—which often leave readers scratching their heads, wondering, Who would have thought?

Read the following “10 Weird Animal Stories of the Bible” to find out if a few exist you’ve never heard before. 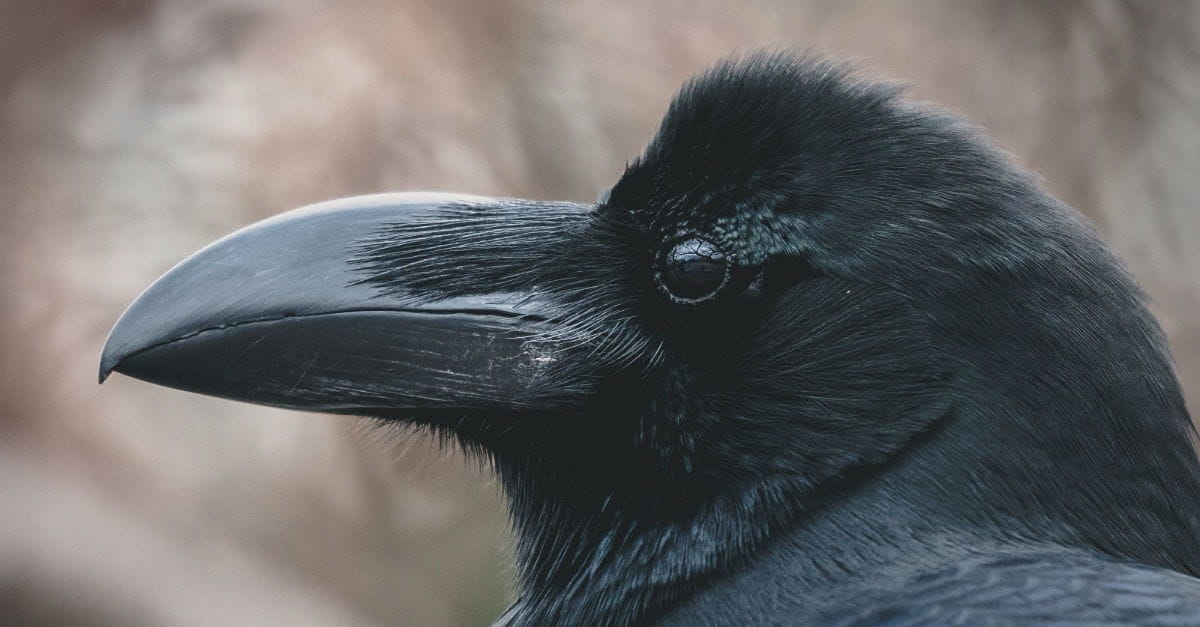 After the prophet Elijah courageously told evil King Ahab, who ruled the northern kingdom from 874-853 BC, that there will be “no dew or rain during the next few years,” God told Elijah to hide at the brook of Cherith across the Jordan. It is there God provided nourishment for Elijah in the most unique way: “Drink from the brook and eat what the ravens bring you, for I commanded them to bring you food.”

Isn’t that just like our loving God—our tender anticipator of every need—to creatively provide for his children? To know he may use any means he wants, even birds, to take care of us should bring rest to the most desperate of souls. 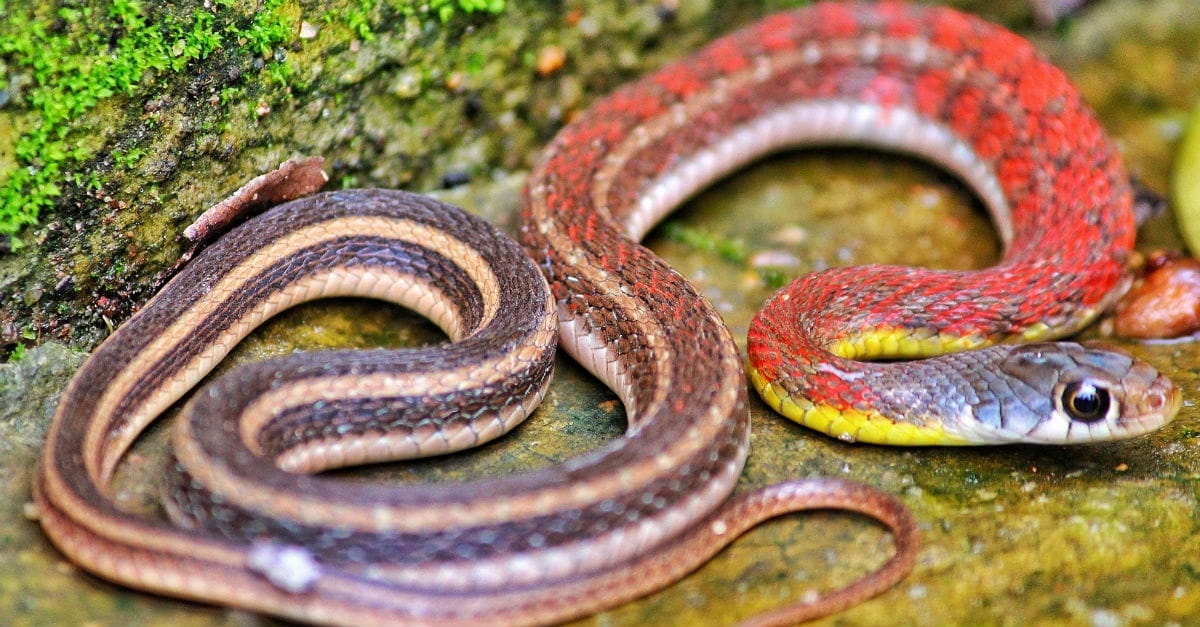 Filled with blockbuster movie inspiration, Moses and Aaron’s ministry of deliverance had quite the impressive kick-off. Before visiting Pharaoh, God knew the ruler would demand of them a powerful sign, so the Lord said, “When he does this, say to Aaron, ‘Take your staff and throw it down in front of Pharaoh, and it will become a serpent.’” Sure enough, Aaron’s staff turned into a serpent before their very eyes.

Of course, Pharaoh couldn’t stand to be outdone, so he immediately called his own magicians to do the same thing with their staffs—and they found success. But what happened next serves as an ominous reminder to all who try assuming the upper hand with God: Aaron’s staff-turned-snake swallowed up the magicians’ snakes—gulp! 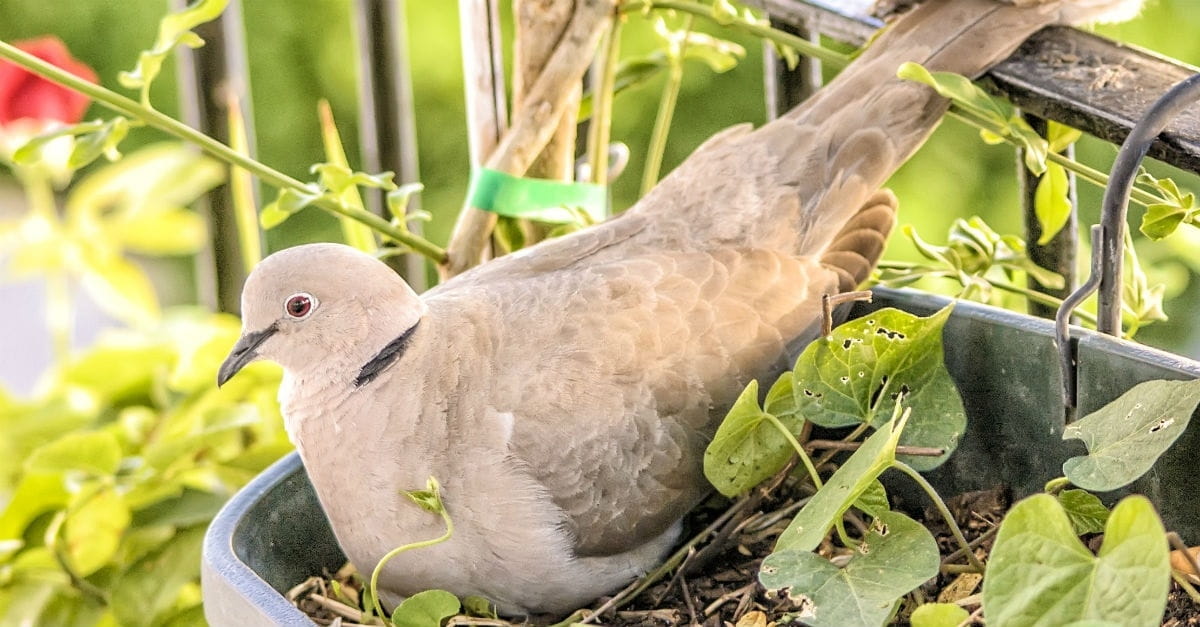 To determine if the floodwaters had receded enough for Noah and his family to exit the ark, he opened the window he had made and released a raven. It never returned. He then sent a dove, only to have it fly back because she “found no place to set her foot.” The second time Noah released the dove, she came back with an olive leaf in her mouth. The third time, she didn’t come back at all, signaling to Noah she had found a home on dry land, high time for he and his family to do the same.

Why did he first send the raven, then the dove? Perhaps God had a point to make. Because of the raven’s nature, it may have been content to feed off dead animals floating in the water, satisfied with scraps and no real sense of home—similar to a life without Christ. The dove couldn’t find rest until she set her feet on solid ground—similar to a life built on Christ. 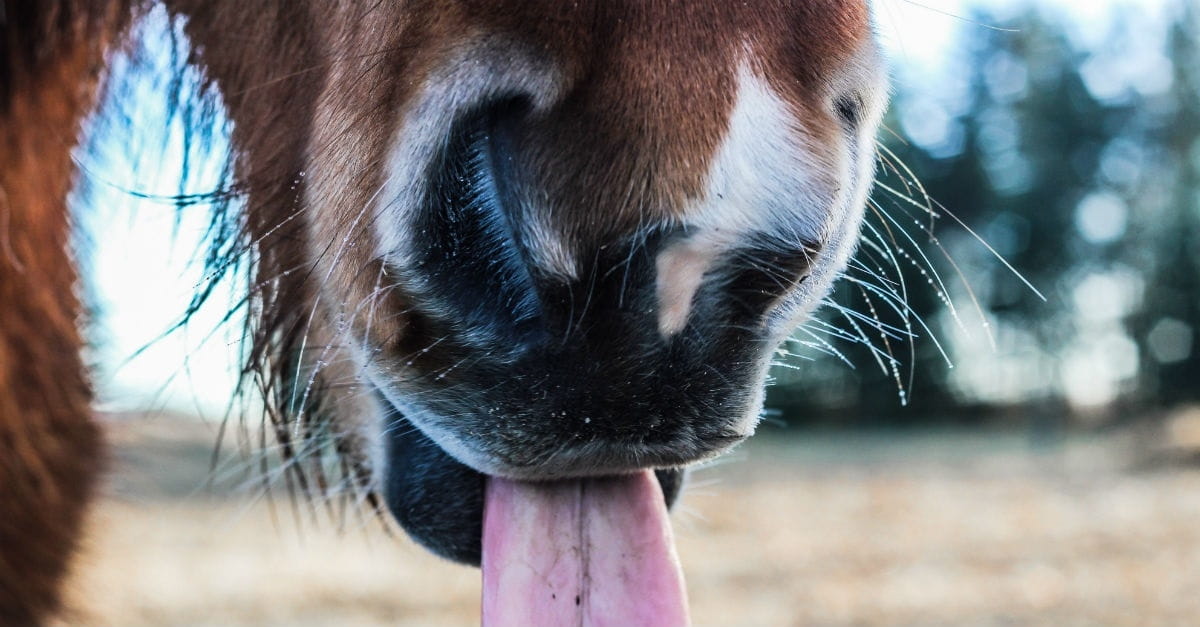 As the Israelites neared their Promised Land, they got close to the land of Moab—a little too close if you were to ask King Balak. So, he sent his messengers to Balaam, a local prophet who meddled in sorcery, requesting that he put a curse on the encroaching Israelites. Though he didn’t say yes right away, Balaam saddled-up his donkey and set out with the Moabite officials.

Along the way, a superhero-esque angel of the Lord blocked the road, complete with drawn sword in hand. It was a frightening scene only the donkey saw, making her bolt into a field, which prompted a beating from Balaam. Then after the angel’s third appearance—after the donkey’s third beating from Balaam—”the Lord gave the donkey the ability to speak. ‘What have I done to you that deserves your beating me three times?’”

That’s not all. Balaam and his donkey proceeded to have an actual conversation—an argument of sorts—which ended when God opened Balaam’s eyes to see the angel of the Lord standing in the road. And, of course, he did what any smart person would do in his shoes: he fell face down. 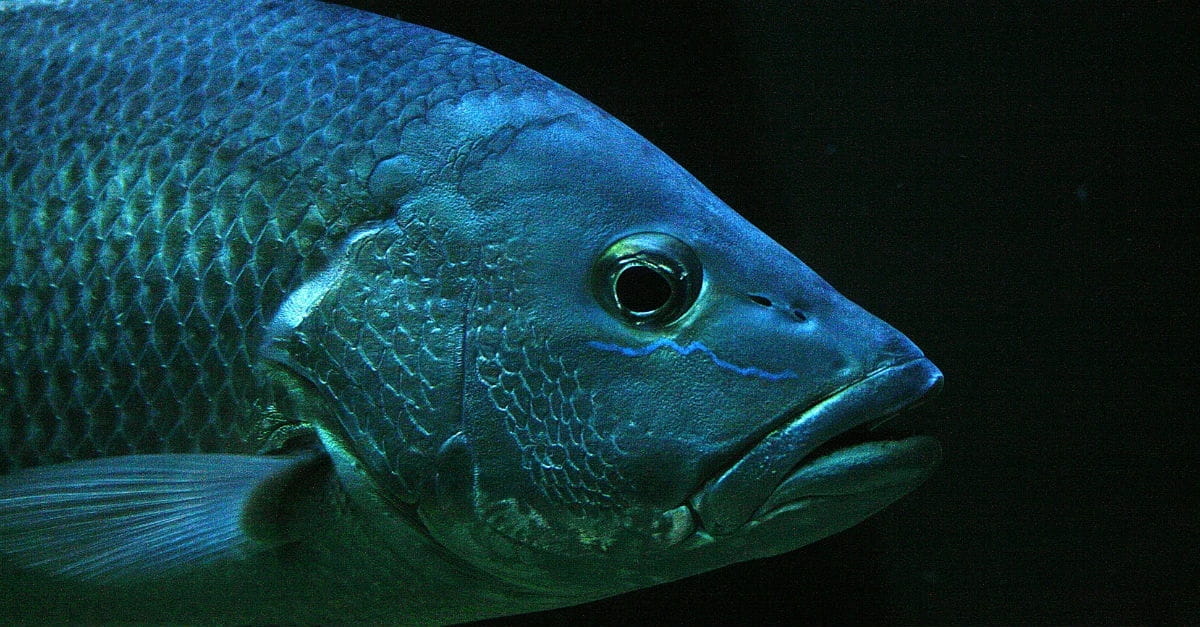 In order to keep the Temple in working order, all Jewish males had to pay a Temple tax. Even though Jesus and Peter weren’t bound to this requirement, Jesus said, “However, we don’t want to offend them, so go down to the lake and throw in a line. Open the mouth of the first fish you catch, and you will find a large silver coin. Take it and pay the tax for both of us.”

This is a story of God’s selfless generosity, divine power, knowledge, and love. For him to make sure a shekel (worth four drachmas, the exact amount needed for two people, Peter and Jesus, to pay the tax) was dropped into the sea, to make sure a fish sucked it up without swallowing it, and to make sure the same fish was near Peter’s hook—or whether Jesus arranged for the coin to appear out of nowhere—this bizarre account reveals that He is the only One worthy of our worship. 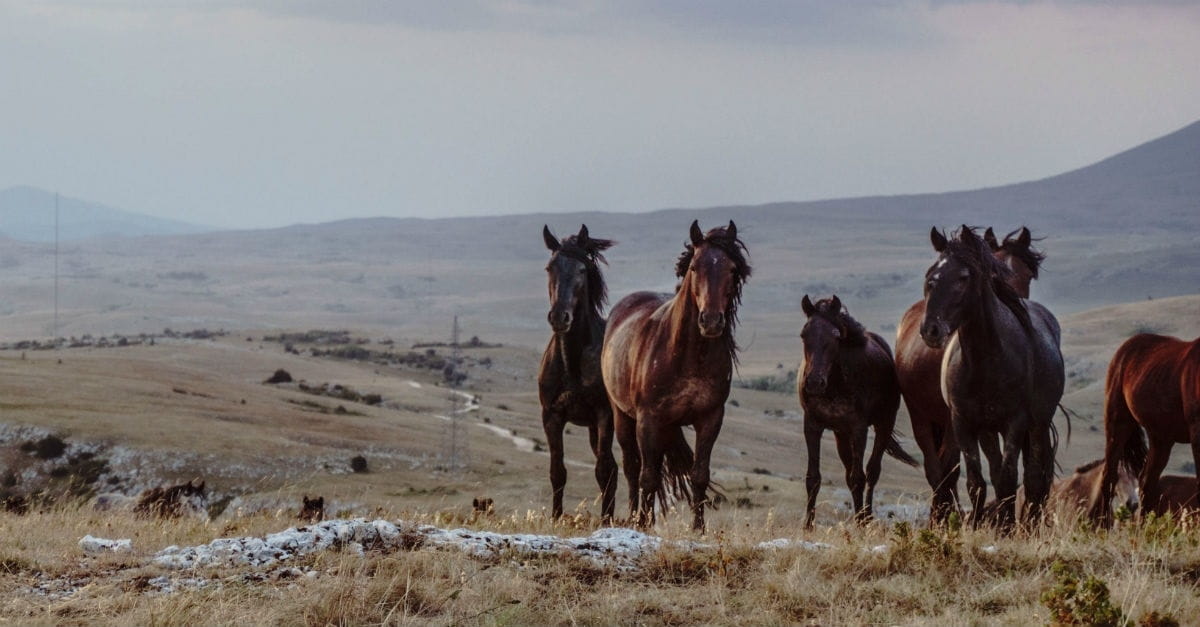 Horses are symbolic of victory all throughout the Bible. Even Jesus will one day appear as a warrior on a white horse! So, it’s no surprise God would use horses to not only showcase his power and might, but to protect and serve his people.

One example is when the Aramean army advanced upon Israel, covering the hillside with their horses and chariots. “Oh, sir, what will we do now?” Elisha’s servant cried out to him, to which Elisha replied, “Don’t be afraid . . . there are more on our side than on theirs!” And after a quick prayer, the young man’s eyes were opened to see that the hillside around Elisha was filled with a heavenly army of horses and chariots of fire, proving God’s unseen forces are constantly at work on our behalf. 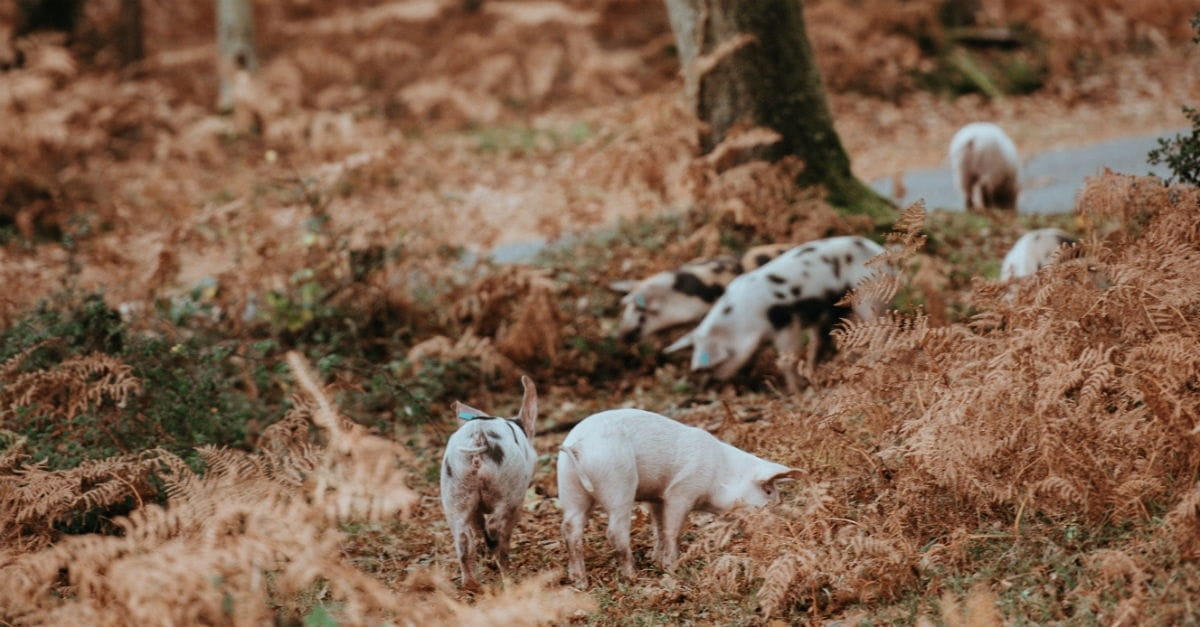 Bible stories about demon possession rank pretty high in the weird department. And when they end in pig-possession, they’re off the chart. Here we find two men living in a cemetery, men who were possessed by demons “so violent that no one could go through that area.” And when they saw Jesus, they acknowledged him as the Son of God and begged him, “If you cast us out, send us into that herd of pigs.” At Jesus’s command, the demons entered the pigs and “the whole heard plunged down the steep hillside into the lake and drowned in the water.”

It’s unclear exactly why the demons wanted to be thrown into the pigs and why Jesus allowed it. Yes, poor pigs. Yes, poor pig owners. But Jesus’s actions that day, by contrast, reveal the value he places on human life. The two men he freed from demon possession were far more important than all the pigs in the world. 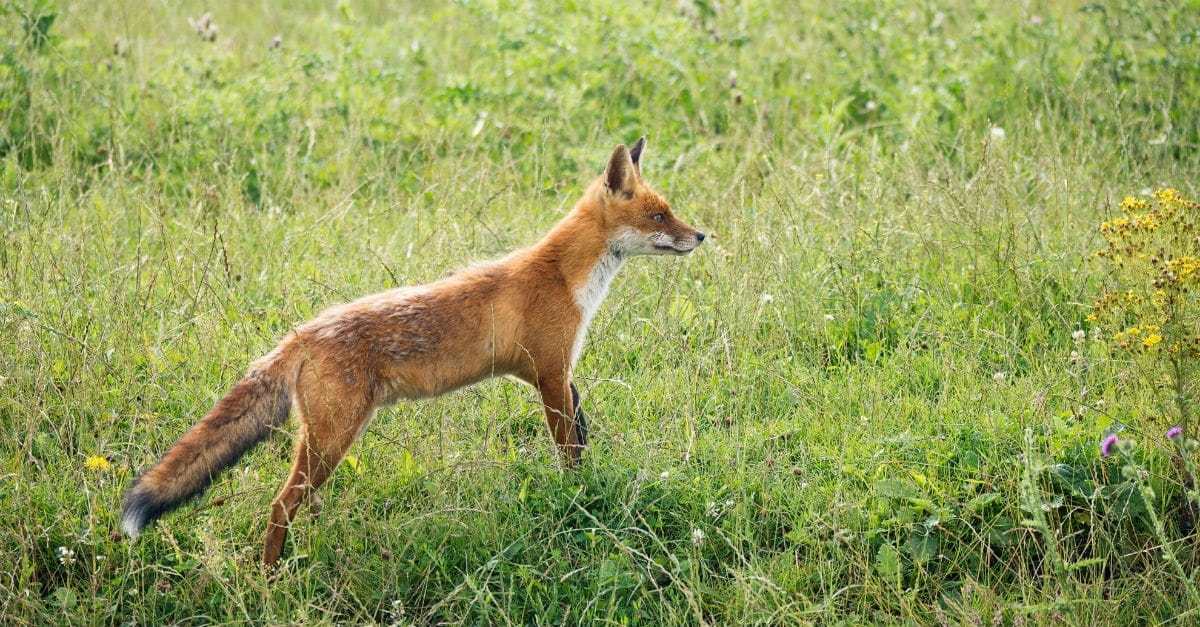 Though he possessed great strength, Samson was often ruled by sensuality. It didn’t matter if the object of his affection was a Philistine woman from Timnah; he married her anyway.

One day, Samson’s father-in-law, a Philistine, prevented Samson from seeing his wife. So, he took personal revenge by tying the tails of three hundred foxes in pairs, attaching a torch between each pair of tails. When Samson lit the torches, the foxes ran through the grain fields of the Philistines, and all their grain was burned to the ground. The vineyards and olive groves were destroyed, too. Were the foxes injured? The Bible doesn’t say. But it certainly is a very odd story! 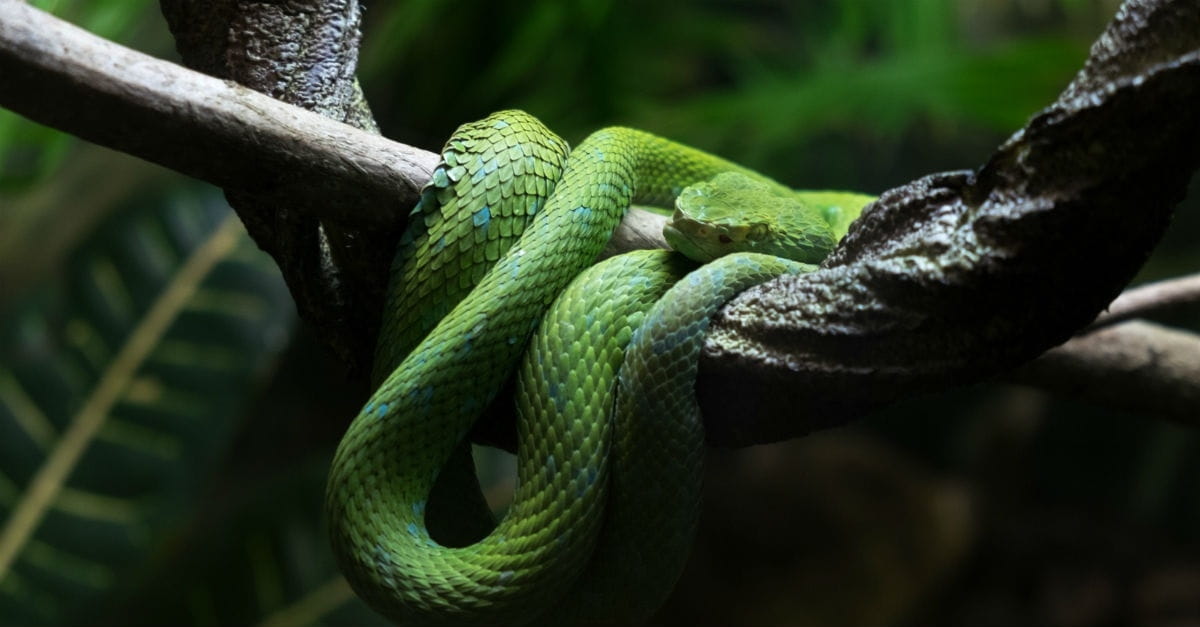 After Paul escaped safely to shore on the island of Malta, he helped the welcoming natives build a fire. Little did he know a poisonous viper was nestled in the sticks he had collected, and “driven out by the heat, [the snake] bit him on the hand.” It didn’t just bite and let go; it hung on, causing the islanders to think Paul must have been a murderer and he was getting his just desserts. Even though Paul seemed unharmed after shaking off the snake, they still expected him to drop dead at any moment—and when he didn’t, the superstitious people “changed their minds and decided he was a god.”

But Paul knew God’s protection was over him. In Acts 27:23-25, not only did an angel deliver a promise to Paul that he’ll be standing before Caesar one day, the angel also granted a safe passage to everyone aboard ship. So, when they got shipwrecked—and when Paul got bit by a poisonous snake—he, no doubt, remembered God’s promises. 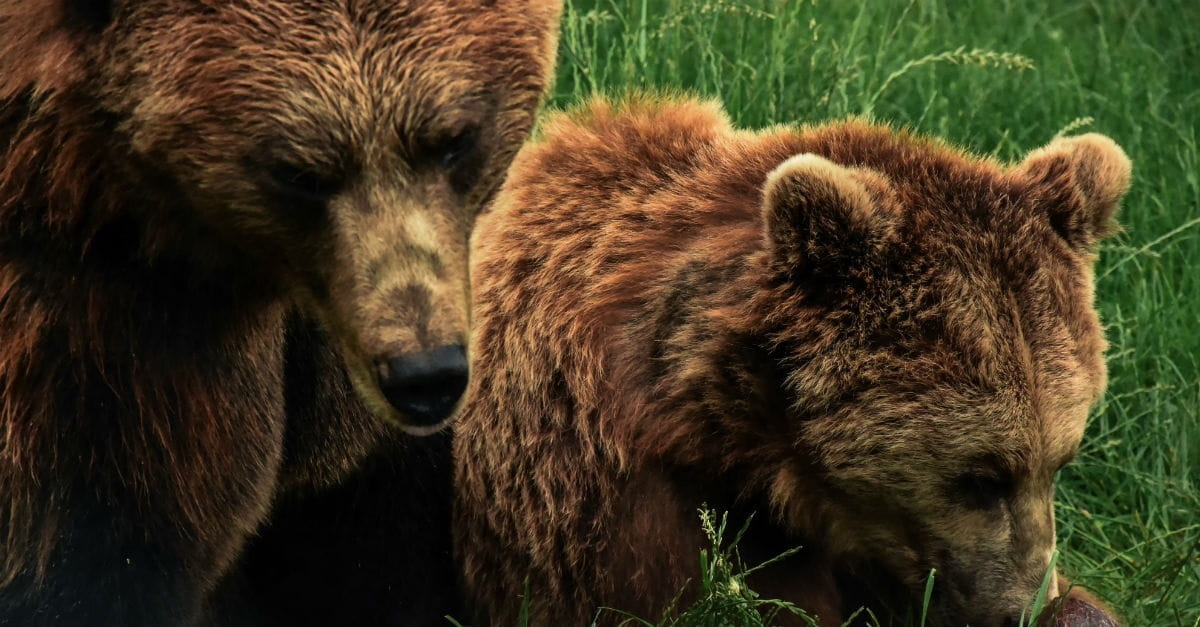 As Elisha made his way from Jericho to Bethel, a mean-spirited group of young men from town began mocking him, “Get out of here, baldy!” Whether they teased him because they didn’t want to get another lecture on morality, as Elijah had given, or they taunted him about getting swept-up into heaven like Elijah, Elisha “cursed them in the name of the Lord.”  And though Elisha’s curse may not have included the summoning of predatory animals, two female bears came out from the woods and mauled forty-two of the cynical boys.

While it appears God’s punishment for their disrespect went a little far, we have a choice to make: doubt God’s goodness or “trust in the Lord with all [our] heart and lean not on [our] own understanding; in all [our] ways acknowledge Him, and He will make [our] paths straight” (Proverbs 3:5-6).

Molly Parker cherishes her role as contributor and editor for Anchored Press Devotional Planners and for Sacred Holidays Bible studies. When Molly's not French-braiding hair or scolding her basset hound, she's eating cake, baking a cake, or thinking about cake, which is surprising considering she's worked in the fitness industry 25 years. Molly lives in Southern California with her husband and three children.