BIBLE VERSE OF THE DAY: “Let the wicked forsake their ways and the unrighteous their thoughts. Let them turn to the Lord, and He will have mercy on them, and to our God, for He will freely pardon.” – Isaiah 55:7

A God Who Freely Pardons
by Lynette Kittle

Who deserves to be pardoned? When it comes to presidential pardons and the like, there is always much debate about who is considered worthy to receive it. 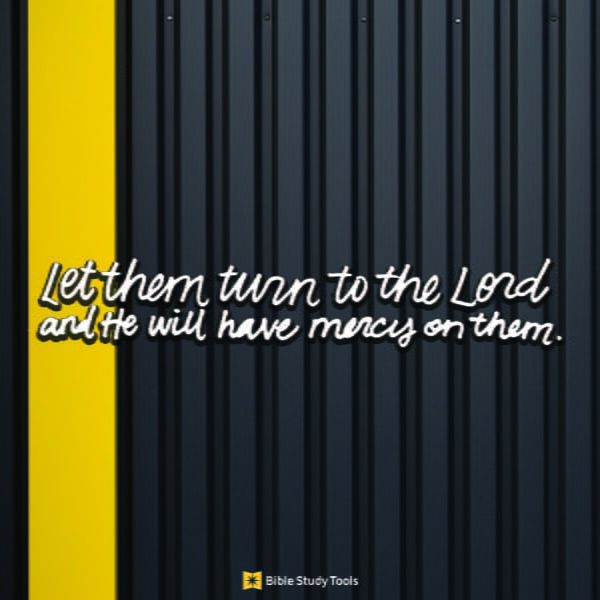 As the world system operates, it often comes down to convicted individuals having connections to the right people, or those whose freedom fits into a strategic political statement or agenda, who ultimately receive pardons.

Unlike mankind’s system, isn’t it wonderful news that God freely pardons, not based on who you know or if you fit into a political agenda but rather based on who God is and your priceless value to Him?

Many have the idea that God is sitting up in heaven with a big gavel just waiting for you to mess up so He can make you pay for your sins.

This distorted image of God couldn’t be farther from the truth. Timothy 2:3,4 describes how God wants all people to be saved and know His truth.

God’s heart towards you is to pardon you and it isn’t dependent on what you did or didn’t do. Even more so, you don’t have to have celebrity or political connections, or do anything to deserve it.

He’s already taken care of sin’s death sentence through Jesus’ death on the cross but it’s up to you to receive it. Colossians 2:13,14 explains how when you were dead in your sins, He forgave you and canceled the charges against you, taken it away, and nailed it to the cross.

As Romans 8:2 explains, “Through Christ Jesus the law of the Spirit who gives life has set you free from the law of sin and death.”

When God takes care of your sentence, it’s complete. John 8:36 states, “So if the Son sets you free, you will be free indeed.”

Pardoning guilty individuals originated with God. Acts 13:38 states, “Therefore, my friends, I want you to know that through Jesus the forgiveness of sins is proclaimed to you.”

Along with setting you free from sin’s death penalty, God’s pardon leads you to holiness and eternal life (Romans 6:22).

If you haven’t accepted Jesus as your Savior and received God’s pardon for your sins, take into consideration “For the wages of sin is death, but the gift of God is eternal life in Christ Jesus our Lord” (Romans 6:23).

“Thanks be to God for His indescribable gift!” (2 Corinthians 9:15)

Lynette Kittle is married with four daughters. She enjoys writing about faith, marriage, parenting, relationships, and life. Her writing has been published by Focus on the Family, Decision, Today’s Christian Woman, iBelieve.com, kirkcameron.com, Ungrind.org, and more. She has an M.A. in Communication from Regent University and serves as an associate producer for Soul Check TV.

Listen to our FREE Christmas Podcast: The Characters of Christmas - The Surprising People in Jesus' Family: