Why Should You Read the Book of Genesis in the Bible? 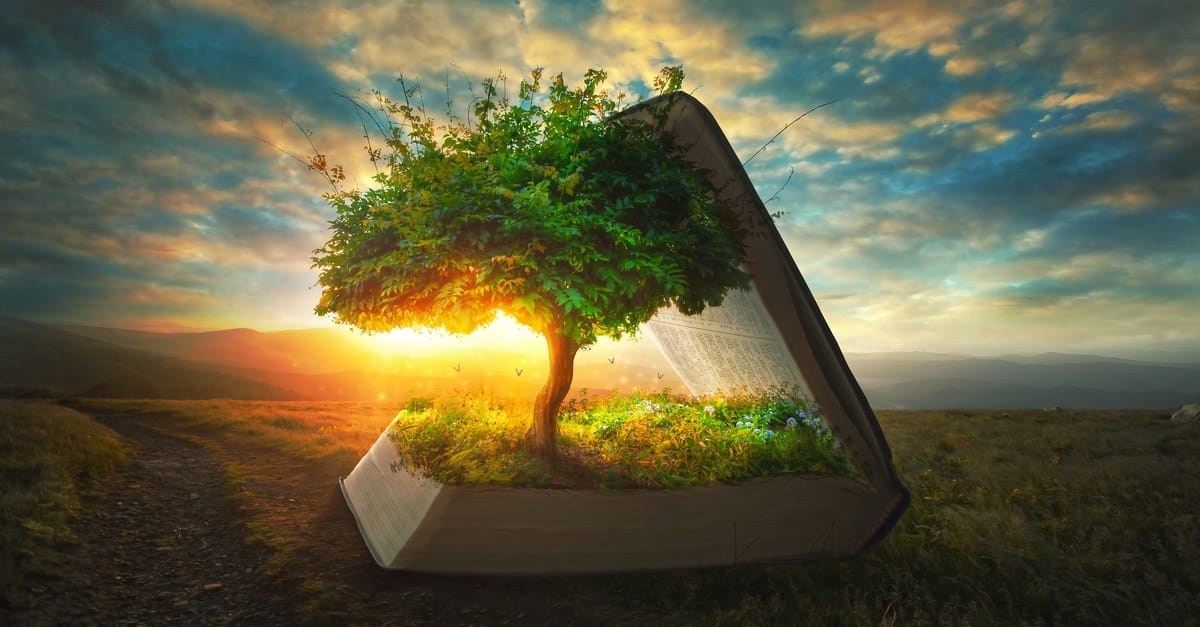 Many eager Bible readers plunged into the beginning chapters of the book of Genesis only to bog down after the first couple of genealogies. They have argued about the days of creation, know about the ark, and used Sodom and Gomorrah to warn people about the dangers of immorality, but know precious little about the contents, characters, and message of the Bible’s first book.

Every follower of Jesus needs to read and understand the opening book of the Bible. We need to develop a great familiarity with its characters, a deeper knowledge of its themes, and a better grasp of how it sets the stage for the rest of the Bible.

We often struggle with how to read and understand a book as large and varied as Genesis, but often we need to understand why we should do something before we start figuring out the how. Here are four reasons we should read Genesis. 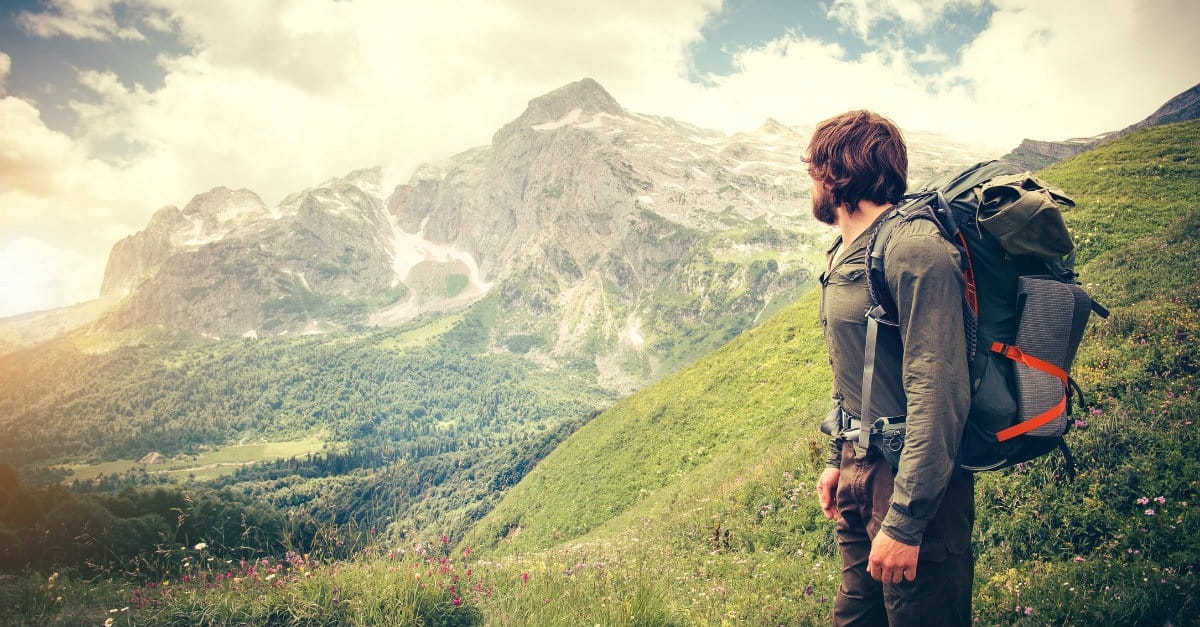 The first three chapters of Genesis tell us how the world came to be, show us the fundamental problem with the world, and give us a glimpse of the grace that is to come in Jesus Christ. The rest of Scripture takes the Bible’s opening chapters seriously and use them to more explicitly teach doctrines that Genesis introduces.

While we read Genesis 1 and want to debate young earth versus old earth and creation versus evolution, the writer of Genesis set this narrative against the other pagan creation narratives like the Enuma Elish. In these narratives, the world came into being either by accident or by the gods meeting their own needs. In each case, the creation of the world was unfortunate and undesirable. When we read Genesis 1 and let the author speak for himself, several important issues come into view. God created a good and orderly world.

We live in a time when we are confused about what it means to be human and whether or not human beings have dignity and worth. When we look at how we treat immigrants, the elderly, the mentally handicapped, unborn children, and the poor, it becomes immediately evident that we need a crash course in understanding the image of God. In addition, when we consider our culture’s confusion about marriage, gender, and sexuality, we also need to wrestle with what the early chapters of Genesis show us about these issues.

The Bible’s early chapters also help us understand the fundamental problem with humanity. In our current cultural climate, most people are convinced that the people who disagree with them are the problem with the world. Liberals will point to conservatives, arguing that their policies are harming people and damaging the planet. Conservatives will wag their fingers at liberals, accusing them of using government power to stamp our freedom and using the courts to undermine the moral fabric of our nation.

2. Read Genesis to Develop a Higher View of God 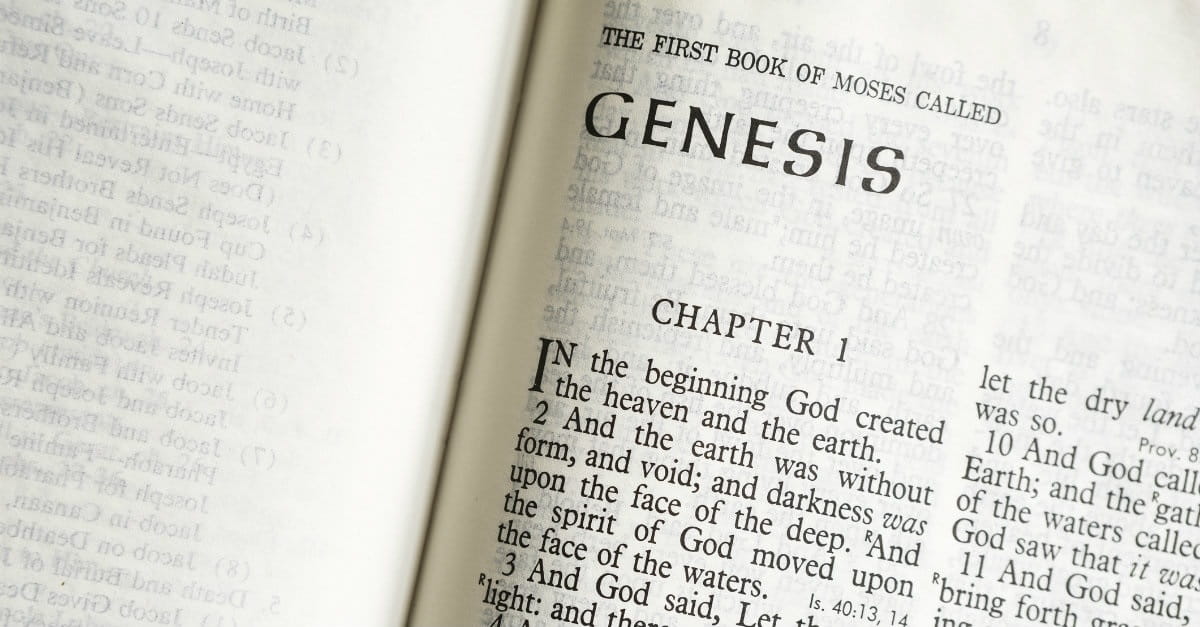 Genesis shows us the character and power of God. We see who he is, what he can do, and how he relates to the people he made. Understanding who he has revealed himself to be will help us gain a better understanding of who we are and how we are to live in this world.

Genesis reveals God as the creator of the world. God did not create the world out of a need that he had, but rather for his own glory and for our joy. In creation, God speaks the world into existence out of absolutely nothing, showing us both his eternal power and limitless beauty.

God also shows himself to be holy in Genesis. He calls sin into account and righteously deals with disobedience. He banished Adam and Eve from the garden. He sentenced the serpent to crawl on the ground and promised to crush his head. He caused Cain to be a wanderer on the earth. He wiped out the vast majority of humanity with a flood and destroyed Sodom and Gomorrah with fire from heaven. God does not tolerate sin and the writer of Genesis will not allow us to miss this important point.

We fail to see God as he reveals himself in Genesis if we stop with his holiness and power. The grace of God walks through the pages of Genesis. God provided for Adam and Eve in the garden. He promised to crush the head of their enemy after the fall. He protected Cain from those who would kill him and saved Noah’s family from the flood. He gave children, land, and blessing to Abraham. He was with Joseph during the worst of his trials in Egypt. The grace we see in full form in Jesus Christ has its origin in God’s acts in Genesis.

3. Read Genesis to Gain a Deeper Faith in God's Promises 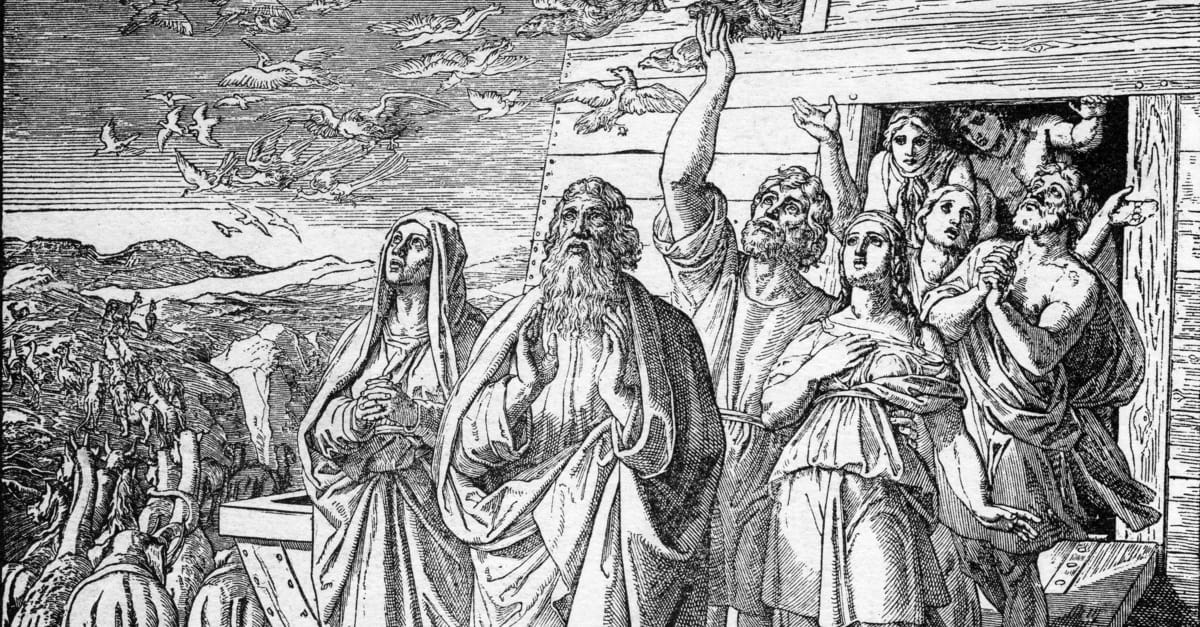 Genesis gives us more than just a deeper understanding of biblical doctrines. It also shows us how to walk by faith in the promises of God.

Everywhere we look in Genesis, we see God making promises and keeping them. Even in the judgments after the fall, God made a promise to crush the head of Satan, which he ultimately fulfilled in the cross of Jesus Christ.

God promised that he would bring Noah safely through the flood and we see Noah standing on dry land after the water receded. God told Abraham he would have a son and that he would be the father of many nations. Not only does God give Abraham a son, by the end of the book, his descendants number over seventy.

We often struggle to believe God is good when we are suffering. We only know how to look at our own circumstances and determine that something must have gone awry either with God’s plan or with his promises. Reading the Genesis narrative reminds us that God keeps all of his promises to us, even though we may walk some through some rocky ground before we get there.

4. Read Genesis to Build a Framework for Reading the Rest of the Bible 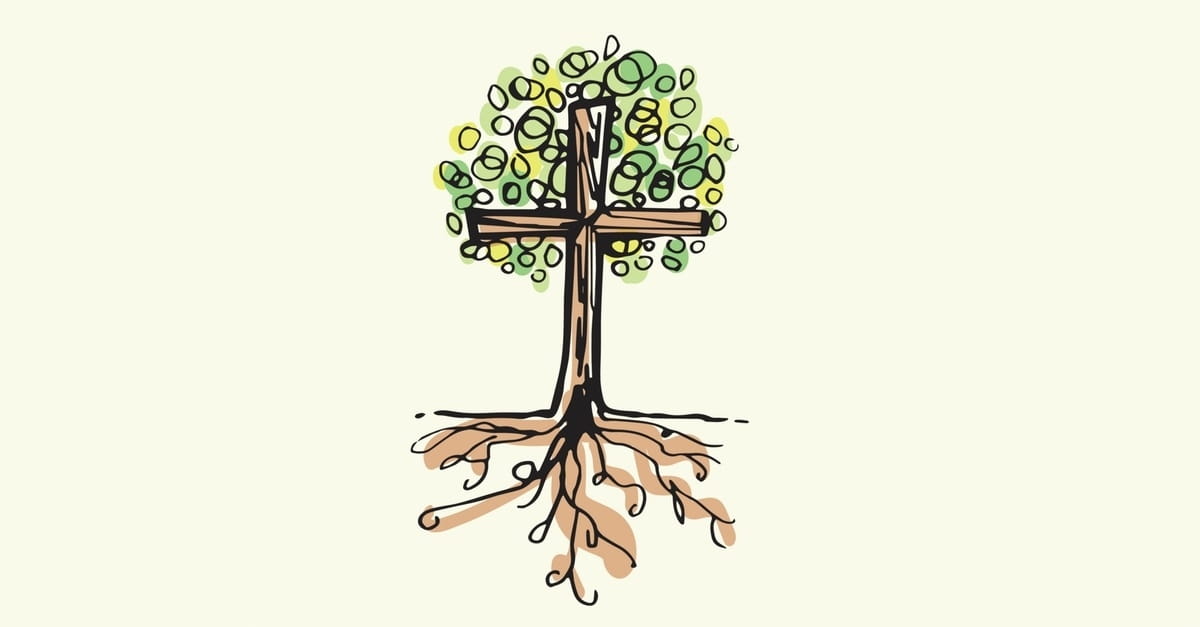 Each book of the Bible carries a distinctive message and reflects the experiences and vocabulary of its author. Yet, when we look at the whole Bible, we can see the grand author weaving together his revelation to point us to the consummation of all things in Jesus Christ. Genesis sets the stage for the rest of the Bible. In fact, we will find it difficult to understand the Bible’s overarching message without grappling with the themes we find in Genesis.

The rest of the Bible reflects on the creation narrative. Countless biblical authors refer to the first two chapters of Genesis to teach doctrinal and practical truths. The promise God made to Abraham in Genesis 12:1-3 is the Old Testament’s great commission and provides the promises that drive the rest of the Old Testament narrative. Jesus ultimately comes from the line of Abraham and the tribe of Judah. We miss the significance of this when we don’t know and understand Genesis.

Where to Begin With the Book of Genesis 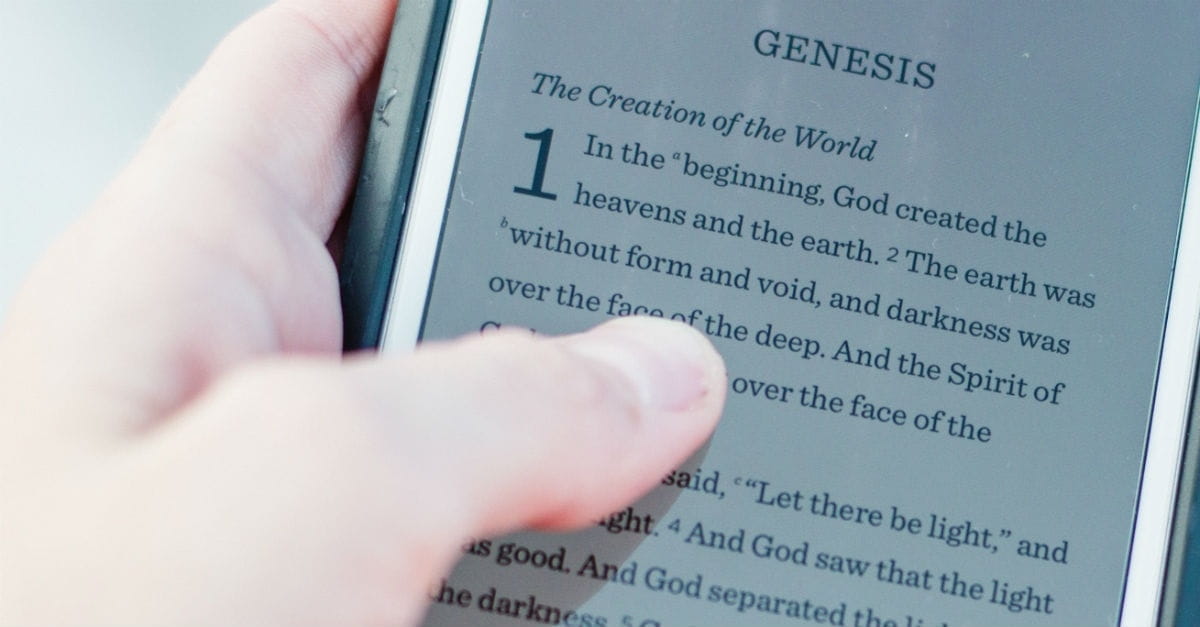 If you have not read the book of Genesis or got discouraged somewhere in the middle, I want to encourage you to pick it up again. Read 2 chapters a day over the course of a month. This will give you a few grace days as well. Make notes about what you read. Look up things you don’t understand in a good Study Bible. Hear the word of God in Genesis and let its message change your mind, heart, soul, and life.

This article was originally published on ScottSlayton.net. Used with permission.

Scott Slayton serves as Lead Pastor at Chelsea Village Baptist Church in Chelsea, AL and writes at his personal blog One Degree to Another: scottslayton.net. He and Beth have been married since 2003 and have four children. You can follow him on Twitter: @scottslayton.