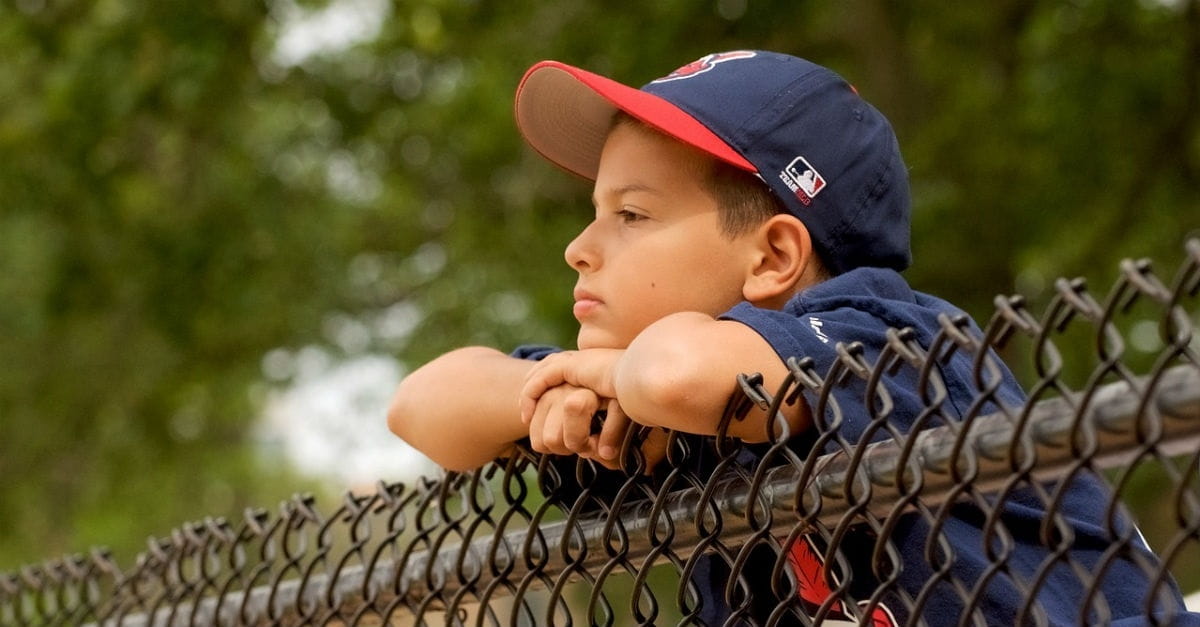 I look forward to this time of year because my children begin a new year in homeschool. We have new plans, new curriculum, new attitudes about learning. We build on lessons learned from last year and proceed with a freshness to our work daily. New beginnings take place and the slate is wiped clean by the hand of God. We see the natural cycle of life transform before our eyes as we witness God’s hand in the body of the landscape around us, despite where we may live, in the urban setting or in the backwoods.

What’s a highlight every year is sports. Flag football season is renewed once again and that brings with it a full opportunity to purge all which needs to be shed. We have our eldest back in the game—now his sixth season—and my middle child is in his fourth season. It has been a great start, wins and losses, fumbles and winning passes, but the joy of watching my boys play isn’t just accompanied by my daughter’s cheers on the sidelines, but by a shared opportunity to see my boys sharpen their gifts and abilities.

The Bible says in 1 Timothy 4 verse 8: “For bodily exercise profiteth little: but godliness is profitable unto all things, having promise of the life that now is, and of that which is to come.”

Here are ten reasons why boys have an advantage when they play sports: 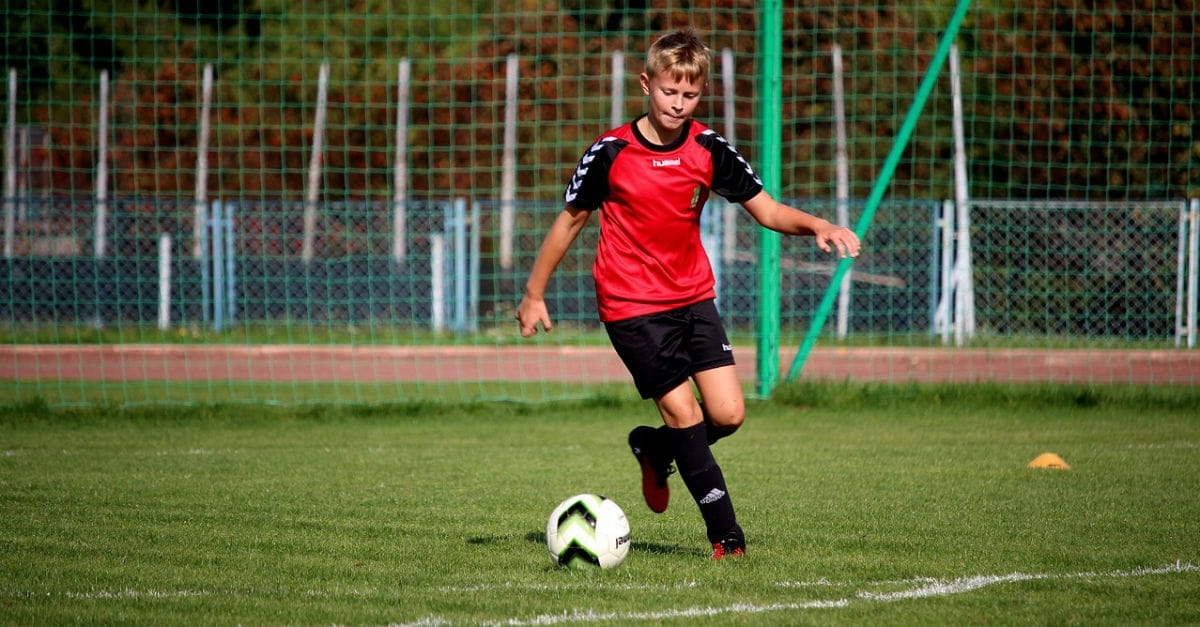 We’ve heard this one time and again, haven’t we? But do we know what character means? Webster’s defines it like this: “The peculiar qualities, impressed by nature or habit on a person, which distinguish him from others.” A boy who plays on the field will find out what his qualities are on that team that sets him apart from the rest. Not all boys can quarterback, not all of them can catch, and not all of them can run. Some can block better than others. So it is up to the coach to observe those unique talents in each of the boys and position them in the right place on the field. Knowing this, then, boys will accept that they can’t do everything, and they fill a need with their gifting and abilities. This is humble pie to some, and affirmation to others. 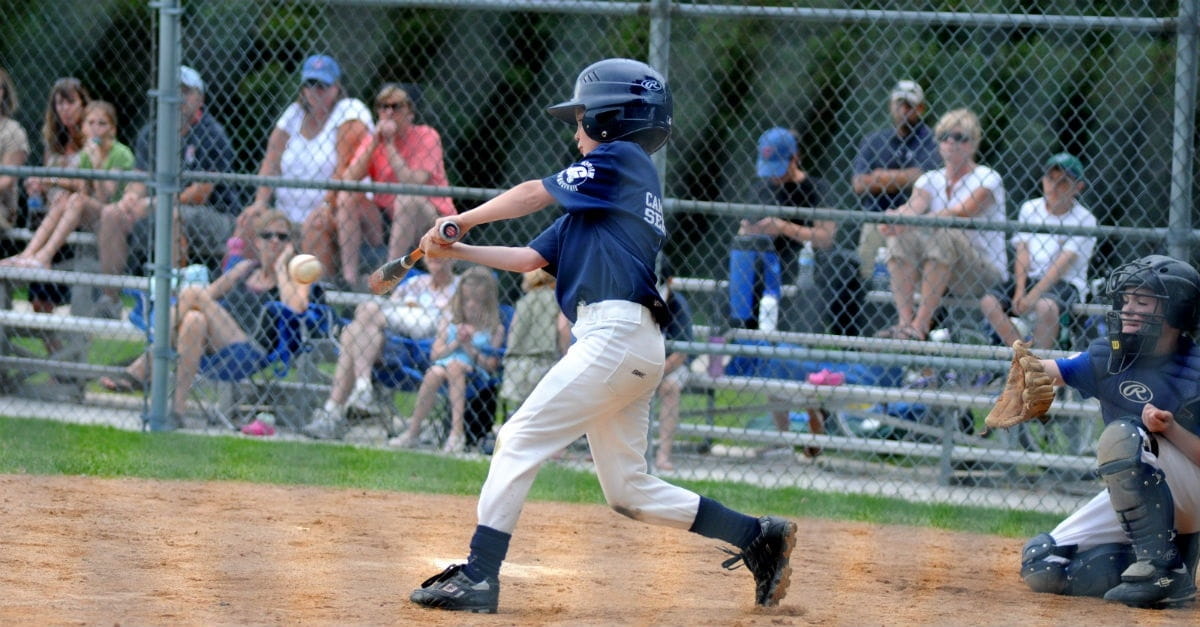 Work doesn’t begin when our children have a legal permit to earn a wage. Boys are vulnerable to the culture that doesn’t want them to be men, but rather, boys for the rest of their lives. I like what Rhonda Stoppe said in a workshop I attended one summer: “I’m raising a man.” And yes, we are raising men if we are mothering boys today. Our boys are still growing into their own, and as they grow, they will need to learn to provide one day for their own family and their own person. In Luke 2 verse 52, it reads: “And Jesus increased in wisdom and stature, and in favour with God and man.” Putting our son on the field leaves him alone to realize that he can do something without the help of mom and dad guiding him, while relying on his determination to get something done. One thing I scream from the sidelines at the games is, “Come on Broncos, come on Chiefs, let’s do this!” What boys do on the field lies squarely on their shoulders as they run the ball, hike the ball, block an opponent, throw a pass, or score a touchdown. 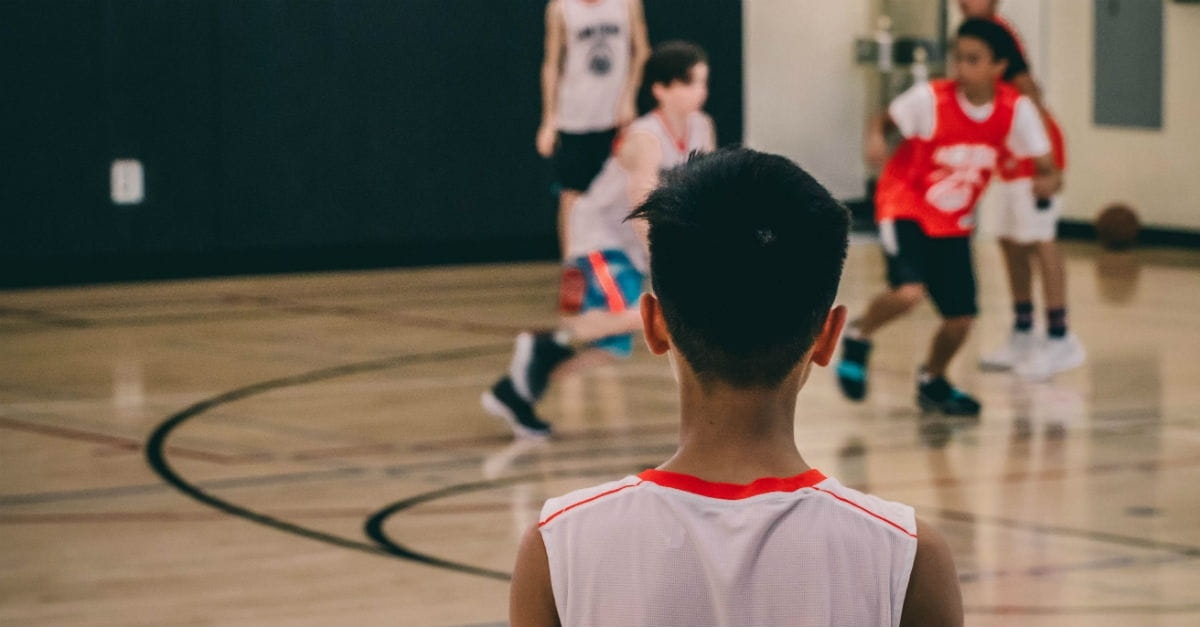 You guessed it. Boys are compelled to get along with the team, lest they fail as a team. Like all the members of the body, every member of a team serves a purpose.

4. Sports Teach How to Handle Disappointments.

Since they won’t always win a game, they’ll need to swallow their pride and handle disappointments gallantly. This is not easy to do because boys are hard-wired to want to win, to hunt, to want to conquer and be victorious in all their pursuits. And that drive to achieve, to endure the race to victory is exciting to witness. But when failure comes, when a fall is inevitable on the field, we also witness them revive themselves from the mud and press on toward the mark. 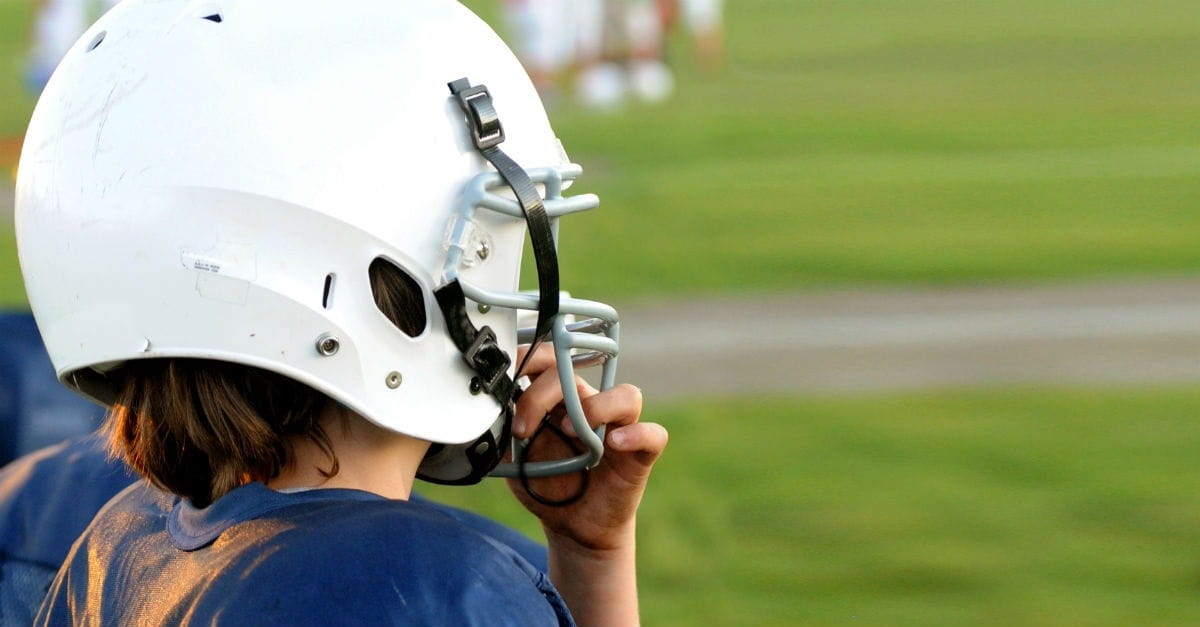 The coach must call the plays and each team member needs to execute the play. Taking instructions from those overseeing the team or taking advice from those who have played it longer is critical for boys to get a handle. This makes them better players, more reliable, and more confident. Win-win.

Imagine a running-back who won’t be content until he improves and scores one for the home team. His contribution is significant and when we witness their victory, we can’t help but be cheerful. A player isn’t going to be content with mediocrity, as it doesn’t help the team. He needs to pull his own weight and he will realize that soon enough when he is part of a team.

7. Sports Help Discern What Is Going on in the Field. 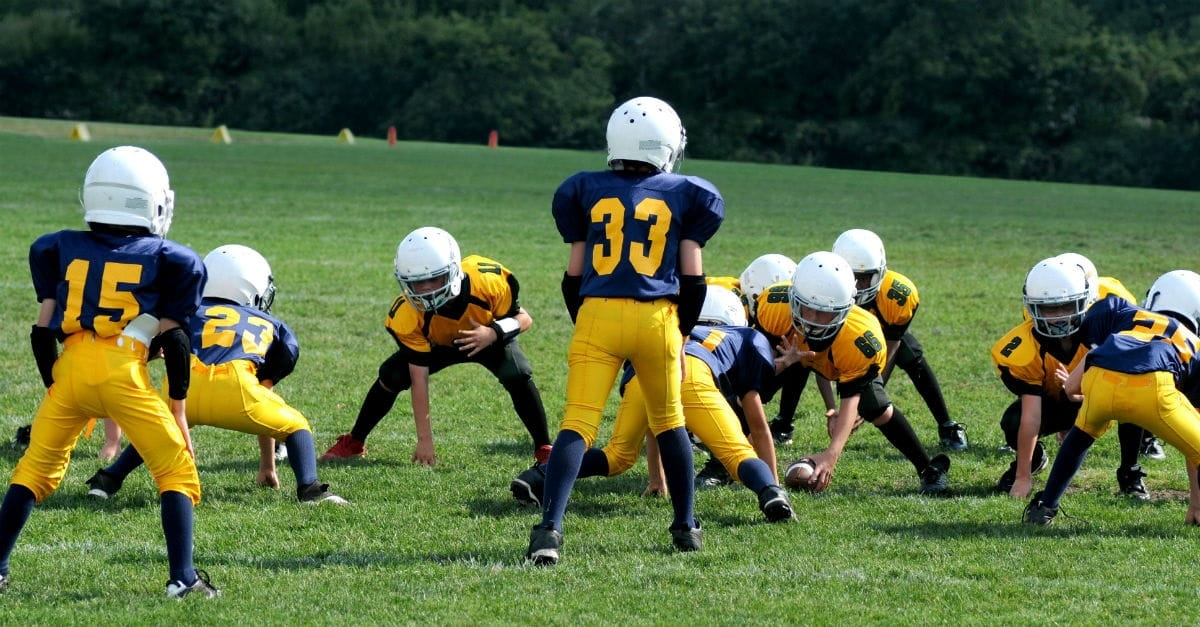 A boy standing on the field needs to know what is going on. If there is an interception, does he know what to do? Conditions on the field are constantly changing, and therefore, being vigilant and diligent to all that is going on maintains their focus under all those circumstances. And, by the way, a boy’s diet is significant here. He will have a sharper mind if he lays off the soda pop and potato chips and, instead, grazes on carrots, green, leafy veggies, and pure, clear water.

Just as one would be accountable in a family, a team’s success on the field depends much on the accountability each player has for their given role. A coach is there to guide and push every player to his fullest potential, but the physical work is exercised by the boy who shows up for practice, who commits to the games, who arrives on time, and makes every effort to prepare for all matters on the field. 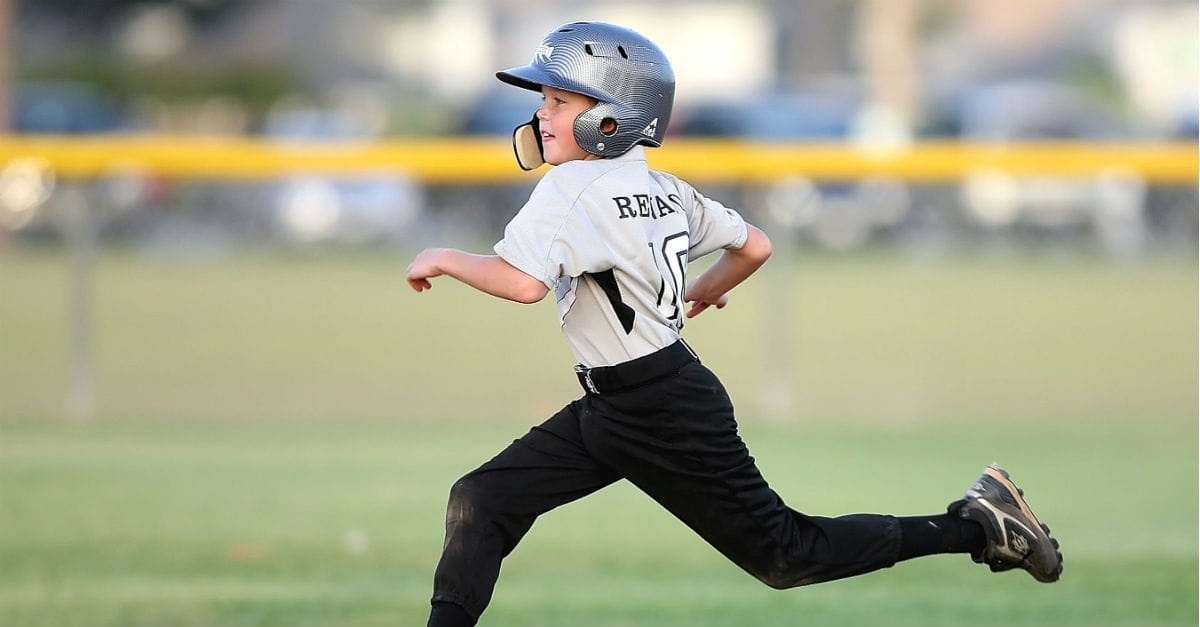 Pretty simple, right? Understanding the influence they have on a team allows boys to mature into a leadership role, regardless of position. It’s a way of determining what they thought they could never do and a way of challenging themselves to do more. “I didn’t realize I could run fast,” “I didn’t realize I could score a touchdown,” and the list goes on and on. By the end of the season, every boy on the field will be able to say they accomplished something they never thought they could do. If not a huge win, an awesome play, or a fine pass or block, it can be that they played for a season and it was worth it to learn the game. 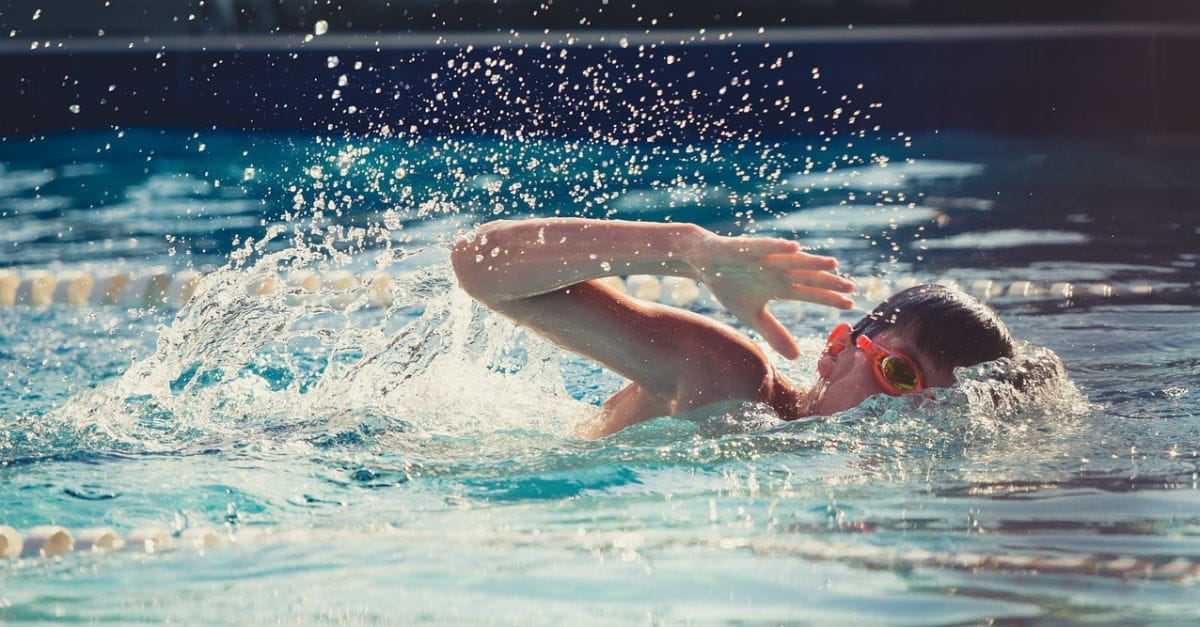 They are a barrel of laughs, a fountain of joy, and a satisfying way to see your children become more confident and less inhibited while on the field as eyes are all on them and all they do.

Eréndira’s work is featured in The Washington Post, The Millions, Fathom Magazine, Brain, Child Magazine, The Huffington Post, Mothers Always Write, The Sunlight Press, Origins Journal, L'Éphémère Review, Faithfully Magazine, The Mudroom, Red Tricycle, The Tishman Review, and others. Her fiction is published in West Branch, The Puritan, Day One, The Cossack Review, The Black Warrior Review, Fourteen Hills, and others. Find her at erortega.com.